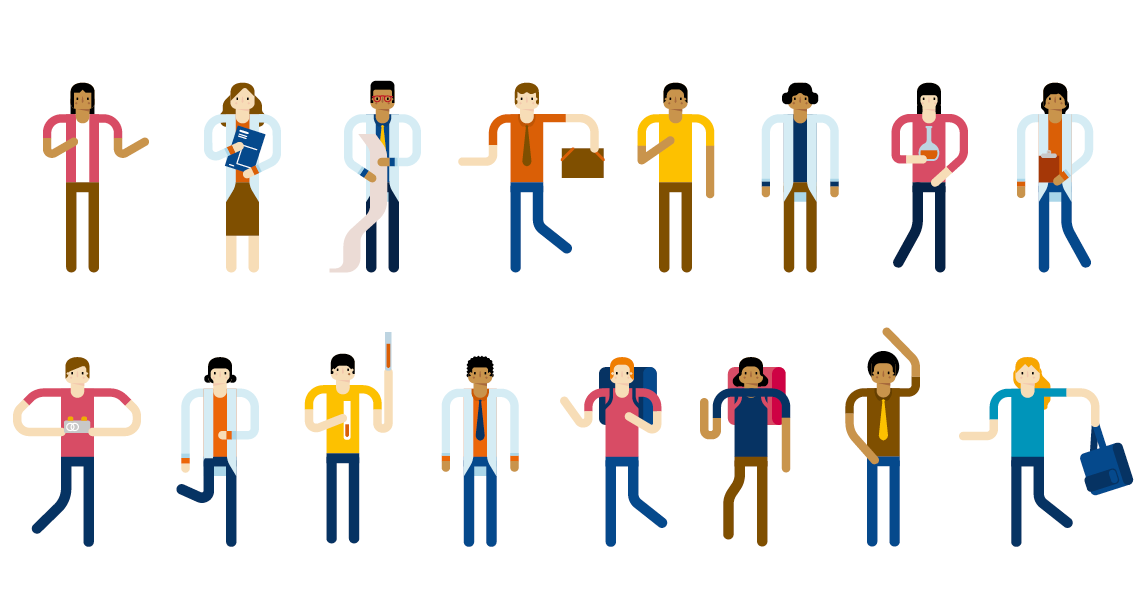 University laboratories predominantly staffed by graduate students tend to produce more scientific articles, while non-university laboratories primarily composed of technicians file more patent applications. These were the findings by researchers at the University of São Paulo’s School of Economics in Ribeirão Preto (FEARP-USP) in an assessment of hundreds of laboratories in Brazil and their science and research output. “Our goal was to try to understand how different laboratory models correlate with scientific and technological productivity,” explains Alexandre Dias, one of the authors of the study, published in December in Economics of Innovation and New Technology.

Dias began the study as part of doctoral research he completed in 2017 under economist Sérgio Kannebley Júnior of FEARP-USP. The researchers based their findings on data from a 2014 study at the Institute for Applied Economic Research (IPEA) that assessed 1,760 laboratories operating in the fields of engineering, earth sciences, biological sciences, crop science, life science, and multidisciplinary fields. The IPEA study found that research infrastructure in Brazil largely consists of small university laboratories staffed by an average of four researchers. Conversely, countries with well-established science, technology, and innovation (ST&I) systems invest in large laboratories shared by multiple researchers (see Pesquisa FAPESP issue no. 232).

Dias and Kannebley selected 1,412 laboratories and analyzed a range of information that IPEA had compiled through a questionnaire sent to laboratory managers. The survey collected data about the estimated value of each laboratory’s physical infrastructure and equipment, the composition of its staff, collaboration links, laboratory activities, operating costs, sources of funding, and other information. Using these data, the researchers classified the laboratories into five different categories (see infographic). They then intersected the data they collected with information on scholarly publishing and patent applications by researchers linked to the laboratories. From the Lattes platform, they compiled information about each laboratory’s research and patenting output.

They found that laboratories such as the Malacology and Benthos Ecology Laboratory at the Federal University of Bahia (UFBA) had publishing performance three times better than counterparts such as the Reference Laboratory for Physical, Sensory and Statistical Analysis at the Food Technology Institute (ITAL) in Campinas. But in patenting performance the poles reverse. “Laboratories linked to research institutions outside the university setting, and with teams composed primarily of technicians, filed more patent applications,” notes Kannebley.

The only exceptions were university laboratories that had research and development collaborations with industry: these laboratories were not only the most scientifically prolific, but also filed the most patent applications among the 948 university laboratories assessed. One example is UNISIM, a laboratory at the School of Mechanical Engineering at the University of Campinas (FEM-UNICAMP) that specializes in numerical modeling and oilfield management. “These laboratories’ investments in research and development and collaboration with industry have given them a strong patenting record,” says Dias.

The authors believe the findings from their study underline the need to enhance available mechanisms for interaction between science and technology in Brazil’s public laboratories. This would involve a change in the criteria used for staff assessments in Brazil. “These assessments have typically prioritized scholarly publishing, and researchers have accordingly modulated their activities to meet these criteria,” says Dias. “Changing this culture would require, among other things, a reformulation of assessment criteria to give greater weight to technological development and industry collaboration.” The findings, says Dias, also reinforce the notion that greater investment is needed in research infrastructure, with a focus on equipping Brazil’s ST&I system with robust, state-of-the-art laboratories that enable them to collaborate effectively with the private sector.

For economist Fernanda De Negri of IPEA, one of the authors of the 2016 survey on research infrastructure in Brazil, investment in large-scale laboratories is a crucial enabler of research taking place at the frontier of knowledge. “It would seem unreasonable to think that a researcher, however high their caliber, would be able to conduct leading-edge research in a small laboratory with obsolete equipment and minimal and poorly diverse staffing.”

He believes that investing in large, shared laboratories, where multiple users can access state-of-the-art equipment, could help to drive science output in Brazil. “The country has a limited number of institutions of this type. One example is the Brazilian Synchrotron Light Laboratory at the Brazilian Center for Research in Energy and Materials [CNPEM],” he says. “Changing this situation will require coordinated government planning in partnership with industry and the scientific community, which can help to map out areas where Brazil is already globally competitive and can benefit from more of these large laboratories.”

Scientific article
Dias, A. A. and Junior, S. K. Scientific productivity and patenting at the laboratory level: An analysis of Brazilian public research laboratories. Economics of Innovation and New Technology. Dec. 2019.