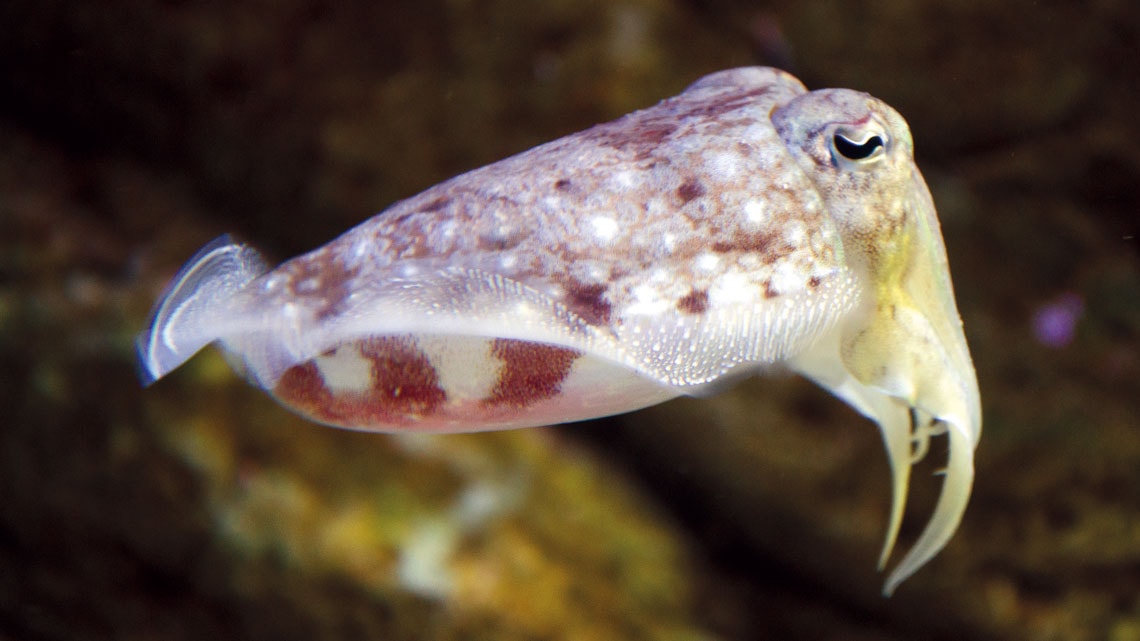 Cuttlefish (Sepia officinalis) are related to octopuses and squids, with a similarly large brain and capacity to learn. Experiments have now shown that they are capable of making a decision based on information from the past. Under the supervision of psychologist Nicola Clayton of the University of Cambridge, United Kingdom, and zoologist Christelle Jozet-Alves of the University of Caen Normandy in France, Pauline Billard submitted 29 cuttlefish to two feeding patterns. In the first, they were fed crabs every morning and shrimp (their favorite food) every evening. In the second, crab was still on the menu every morning, but the shrimp was only given on random evenings. After some time, Billard observed that the cuttlefish that were given shrimp more regularly ate fewer crabs during the day. Crab consumption increased when the shrimp supply became less plentiful (Biology Letters, February 5). “It was surprising to see how quickly the cuttlefish adapted their eating behavior,” Billard told the press.