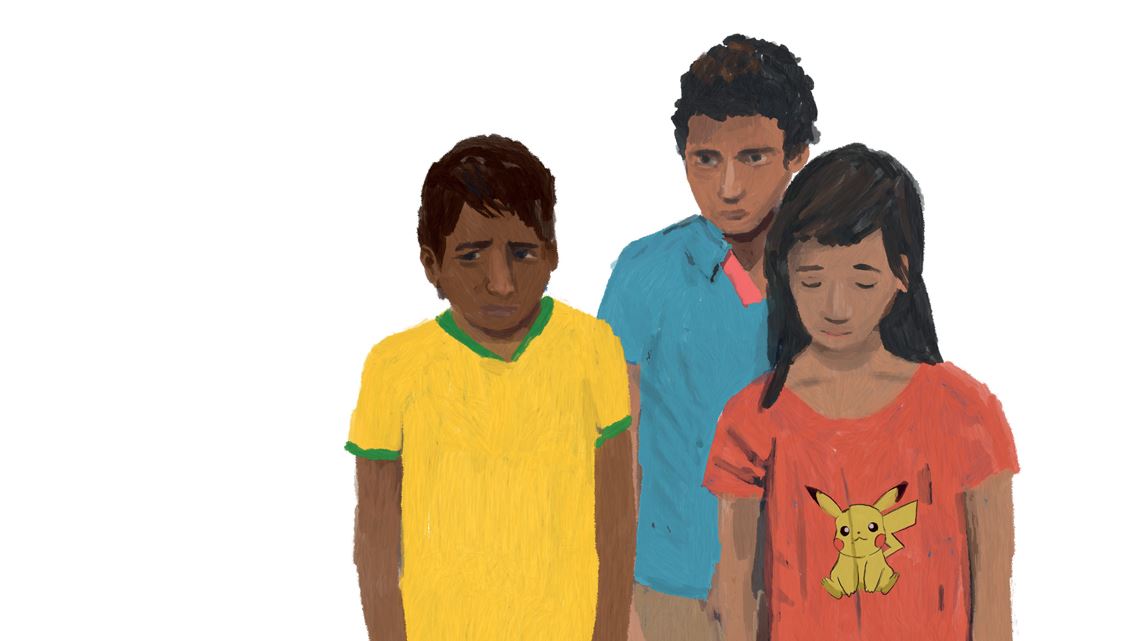 It is estimated that more than 113,000 Brazilians aged under 18 lost their mother, father, or both to COVID-19 between March 2020 and April this year. A study of 21 countries published in The Lancet in July, coordinated by researchers from the US Centers for Disease Control and Prevention (CDC), showed that the pandemic has left 1.5 million children orphaned worldwide, having lost at least one parent or grandparent responsible for their care. The largest number of individuals whose caregivers died was recorded in the Americas, where the rate was 2.4 times higher than the total of all the other regions analyzed.

“The rising number of orphans represents a hidden pandemic associated with COVID-19. These children may face adverse consequences of losing their caregivers, including poverty, violence, and being placed in state care,” medical epidemiologist Susan Hills, lead author of the CDC study, said in an email interview with Pesquisa FAPESP. According to Hills, the 21 countries selected for the study were responsible for 77% of COVID-19 deaths recorded in 2020. More fathers died than mothers in all the countries—in some, the death rate was up to five times higher among men.

In the period analyzed, the 1.5 million orphans created by the pandemic worldwide exceeded the total number of deaths among people aged 15 to 50. The highest mortality rates of at least one primary caregiver were observed in Peru, with 10.2 orphans per 1,000 children, South Africa (5.1), Mexico (3.5), Brazil (2.4), and Colombia (2.3). “To mitigate the effects of this situation, we need to speed up the fair distribution of vaccines and provide psychosocial and economic support to the families raising these children, to prevent the need to place them in residential care,” emphasizes Hills. According to the epidemiologist, the money it costs to place an individual into a care institution can be used to support more children in family environments.

Legal expert Gustavo Ferraz de Campos Monaco, from the School of Law (FD) at the University of São Paulo (USP), points out that under Brazil’s 1988 Federal Constitution and the United Nations Convention on the Rights of the Child (1989), individuals under the age of 18 are treated as subjects of law in Brazil (see Pesquisa FAPESP issue no. 296). “Before that, the State was only responsible for the care of those in particular circumstances, such as cases of abandonment or delinquency, through a consequentialist and repressive approach,” he says. According to Monaco, the subsequent policy of guaranteeing full protection of all children encompasses their right to a family life. “As a result, in situations where a child is orphaned, the priority is to keep them under the care of a family member whenever possible,” he explains. Current legislation determines a child should be taken into State custody only in the absence of any relatives within four degrees of kinship (great great grandparents, cousins, great aunts and uncles).

In Brazil, roughly 40% of families are single parents headed by mothers or grandparents, says pedagogist Roberto da Silva, from USP’s School of Education (FE). “When a child is orphaned, they are usually placed under the care of a woman. Among vulnerable populations where large families are more common, older children often take care of younger siblings,” Silva explains. In the event that a child is orphaned, provisional custody has to be requested via the courts to enable the new caregiver to act as their legal guardian, allowing them to enroll the child in school or claim tax breaks, for example. When the child has an inheritance to receive, Silva says, a legal guardian must be appointed until the child turns 18 or is emancipated.

To calculate the number of orphans created by the pandemic worldwide, the CDC study, which also involved scientists from institutions such as the University of Cape Town in South Africa and Imperial College London and Oxford University in the UK, was based on mortality data and fertility rates in the countries analyzed. This information was used to create mathematical models to estimate COVID-19 deaths of primary or secondary caregivers. “We consider primary caregivers as parents or grandparents who have custody of the child. Grandparents or other older relatives aged 60 to 84 that lived in the same house were classified as secondary caregivers,” explains Hills.

The research also found that since the beginning of the pandemic, children from families that lost all or most of their income were four times more likely to experience familial violence than children from households that retained their pre-pandemic income level.  “Furthermore, children whose schools were closed were twice as likely to experience violence as those whose schools remained open,” emphasizes Hills. In agreement with the epidemiologist, economist Juliana Inhasz from INSPER college points out that among lower- and middle-income populations, children can be left with no choice but to drop out of school and start working if one of their parents loses their job. “The large number of orphans created by the pandemic could undermine the productivity and qualification of Brazil’s workforce, deepening income inequalities,” she warns.

In research on the AIDS epidemic, which created 16 million orphans worldwide by 2011 according to data from the United Nations Children’s Fund (UNICEF), physician Ivan França Junior, from USP’s School of Public Health (FSP), found that losing a parent, particularly the mother, often leads to children repeatedly moving from the home of one family member to another. “Especially among vulnerable populations, orphaned children are usually taken care of by relatives or even close friends, to prevent them from being taken into residential care,” he says, citing pioneering research into this phenomenon carried out by anthropologist Cláudia Lee Williams Fonseca, from the Federal University of Rio Grande do Sul (UFRGS), between the late 1990s and early 2000s.

Focusing on the municipalities of Porto Alegre and São Paulo, França Junior’s research involved quantitative and qualitative analyses of children aged 15 or younger orphaned by the AIDS epidemic. In Porto Alegre, the state capital of Rio Grande do Sul, the study was conducted in 2003, involving the children of around 1,600 people who died between 1998 and 2001, while in São Paulo, the research, funded by FAPESP, took place in 2007 and analyzed the impact of deaths caused by the disease between 2000 and 2004. “In Porto Alegre, of everyone surveyed, we located the addresses of 1,294 people who died of AIDS. Of these, 562 left behind 1,131 children under 15 years of age. This means that for every 10 people who died, there were about 8.8 orphans,” he says. In São Paulo, the total sample comprised 2,000 households, 1,800 of which were successfully located. “After visiting them, we observed that 50.1%, or 918 homes, were inhabited by people who had died and left behind at least one child,” he says. Of this number, 643 were children aged 1 to 14 years. “We found that for every 10 people killed by AIDS in the São Paulo state capital, 6.5 children were orphaned,” he says. According to the Lancet article, there are 2.8 orphans for every 10 parents killed by COVID-19 in Brazil.

In the São Paulo study, França Junior found that only HIV-positive orphans were signed up to specific health or social assistance programs. “When the children were orphans but not carriers of the virus, they became invisible to the State,” he points out, highlighting the importance of developing public policies for orphans created by the current pandemic. In the case of AIDS, he notes that thanks to the development of highly active antiretroviral therapy (HAART), the number of deaths dropped and those infected now live longer, reducing orphanhood. “We are hoping that the COVID-19 vaccine can slow down the rising level of orphanhood in the same way that HAART did,” he concludes.

On the future of children orphaned by the COVID-19 pandemic, USP’s Monaco wrote a chapter for the book Direitos da criança e adoção internacional (“Child rights and international adoption”) (Thomsom Reuters, Revista dos Tribunais, 2021) in which he discusses the impacts of modern fertility treatment on the number of cases of international adoption. “In my studies on family relations in international law, I found that in Brazil and globally, adoptions have fallen since 2009. My hypothesis is that this drop is due to the evolution of assisted reproductive technology, which has greatly improved,” he explains. Thus, Monaco believes on the one hand that this trend suggests the chances of adopting orphans are lower today than 10 years ago. On the other, however, he highlights that situations such as wars, natural disasters, and epidemics tend to make people more aware of the fate of children in need. “As a result, I think we are going to see a rise in adoptions worldwide in the next few months,” says Monaco. As an example, he cites the experience of one of his master’s students, children’s court judge Paulo Roberto Fadigas César. According to Monaco, the magistrate says that interest in adoption among Brazilians grows when orphaned children appear in the news, a trend observed after the earthquake in Haiti in 2010.

Brazilian law states that orphans under the age of 21 can apply for social security benefits if they are direct dependents of the deceased, as long as the latter were insured with the National Institute of Social Security (INSS). Since March, a bill has been in the Federal Senate that would provide monthly welfare to children under 18 who have lost their mother or father as a result of the pandemic. 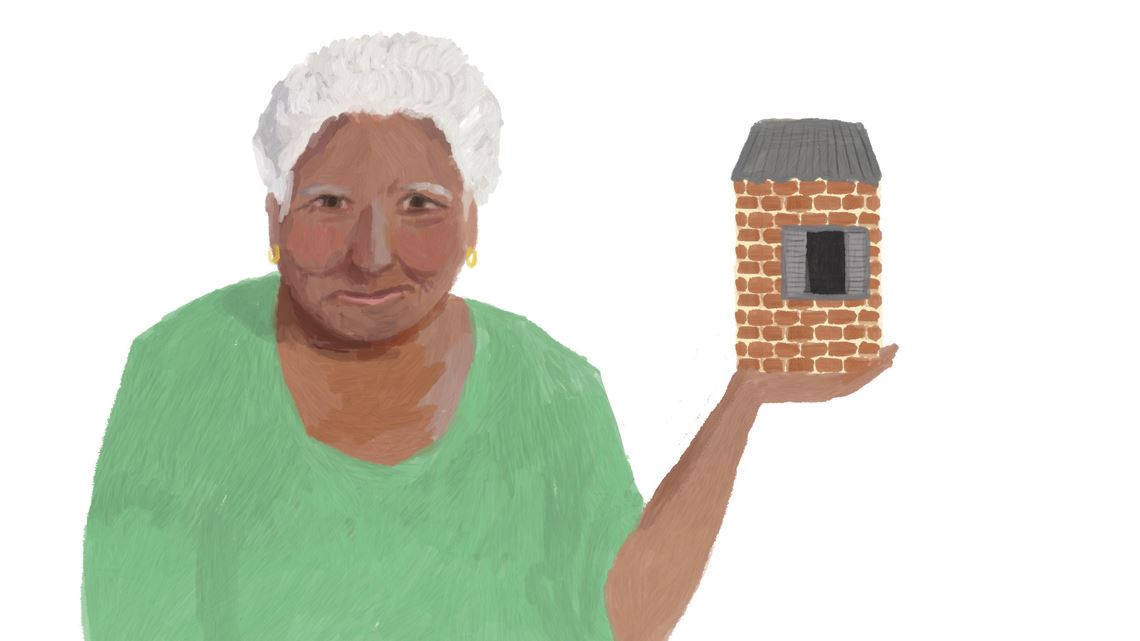 Valentina FraizIn 20.6% of Brazilian households, family members aged over 60 bring in more than half of the family income, while 18.1% of homes in the country survive on the income of elderly relatives alone. A study by economist Ana Amélia Camarano from the Brazilian Institute of Applied Economic Research (IPEA) showed that to July 2020, 73.8% of COVID-19 deaths occurred among people aged 60 or over, warning of the impact these deaths could have on family incomes in Brazil. “In homes where elderly family members are responsible for more than 50% of the income, the average income per individual in the household drops when that person dies, from around R$1,600 per month to R$425—a decrease of almost 75%,” highlights Camarano.

Based on data from the Continuous National Household Sample Survey (PNAD), the IPEA analysis identified that at least one elderly person lived in 33.9% of Brazil’s 71.3 million households in 2018. These households were home to a total of 62.5 million people—an average of 2.6 people per household, of which 30.1 million were not elderly. “Among the non-elderly, 16.6 million were not working, with the elderly family member contributing 69.8% of the total income in these homes. And 56.3% of this income came from pensions,” reports the economist.

According to Camarano, the number of elderly people who are the main breadwinners in their family, supporting their children and grandchildren, has been rising since the late 1990s. “This phenomenon is related to the difficulties entering and remaining in the job market for people aged 15 to 29,” she explains. Another trend highlighted by the economist is the increasing number of individuals aged 50 to 59 who are neither working nor looking for work, but are not yet able to collect a pension. “In 1992, 5.3% of people in this age group lived with their parents, rising to 9.1% in 2012.” According to Camarano, this shows that Brazilian families are increasingly being asked to financially support their close relatives, with the elderly taking a leading role. “Inter-generational support through family arrangements has worked as a survival strategy in Brazil,” she concludes.