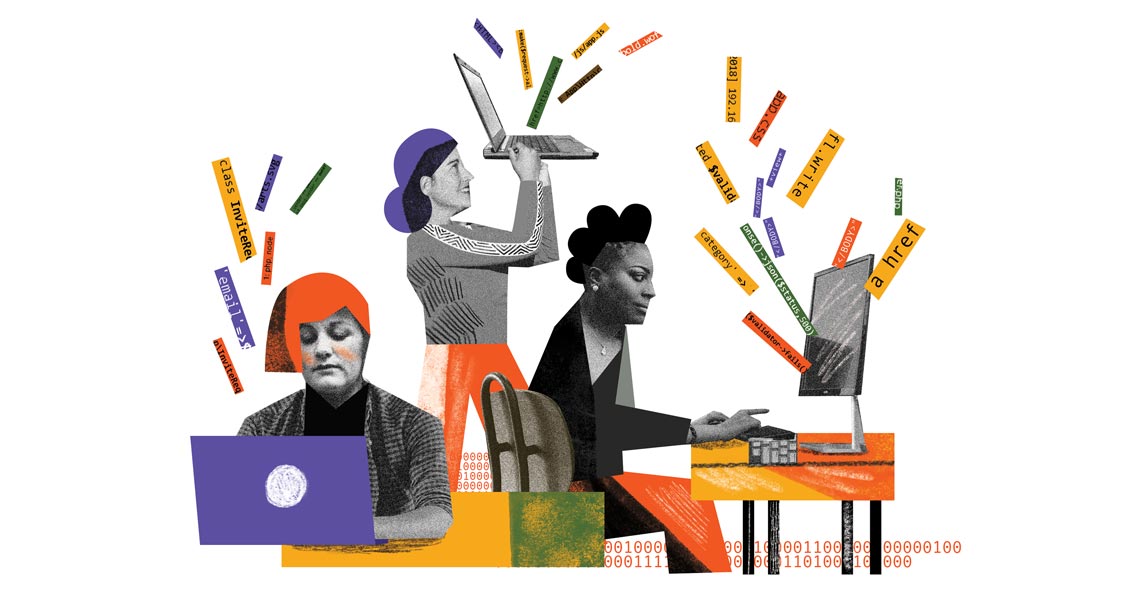 On April 10, the world woke up to the first images of a black hole, located in the heart of the Messier 87 galaxy some 55 million light years away. The achievement was the result of a joint effort by more than 200 researchers from an international consortium known as the Event Horizon Telescope (EHT). One of them, American computer scientist Katie Bouman, 29, earned particular recognition. Three years ago, while studying a PhD in computer science and artificial intelligence at the Massachusetts Institute of Technology (MIT) in the USA, she led development of the algorithm that enabled the team of scientists to construct the image.

A photo of Bouman, reacting with joy as she sees the image of the orange ring for the first time, was published on social media on the day of the announcement and soon went viral around the world. The image has turned Bouman into one of the best-known faces of the work conducted by the EHT consortium—as well as making her a symbol for all women fighting to regain their place in computer science.

Women had a strong presence in computer science courses in both the US and Brazil until the mid-1980s, when their numbers fell and the field became more male-dominated. This downward trend began to attract the attention of higher education institutions, such as Carnegie Mellon University in Pennsylvania, USA, which was one of the first to attempt to understand and reverse the imbalance. Over time, similar efforts have spread to other institutions, including in Brazil. A number of initiatives have been launched in recent years with the purpose of encouraging girls and women to get involved in technology, programming, and entrepreneurship.

One such initiative in Brazil is ProgramaMaria, started in 2015 by journalist and entrepreneur Iana Chan, from São Paulo. The project began as a programming club for women. “Some friends and I decided to get together to learn more about technology and programming, and to discuss the number of women in these fields,” she says. The group identified a number of obstacles that contribute to the declining number of girls and women, such as a lack of role models inspiring them to study related courses and prejudices reinforcing the idea that technology is a masculine interest. 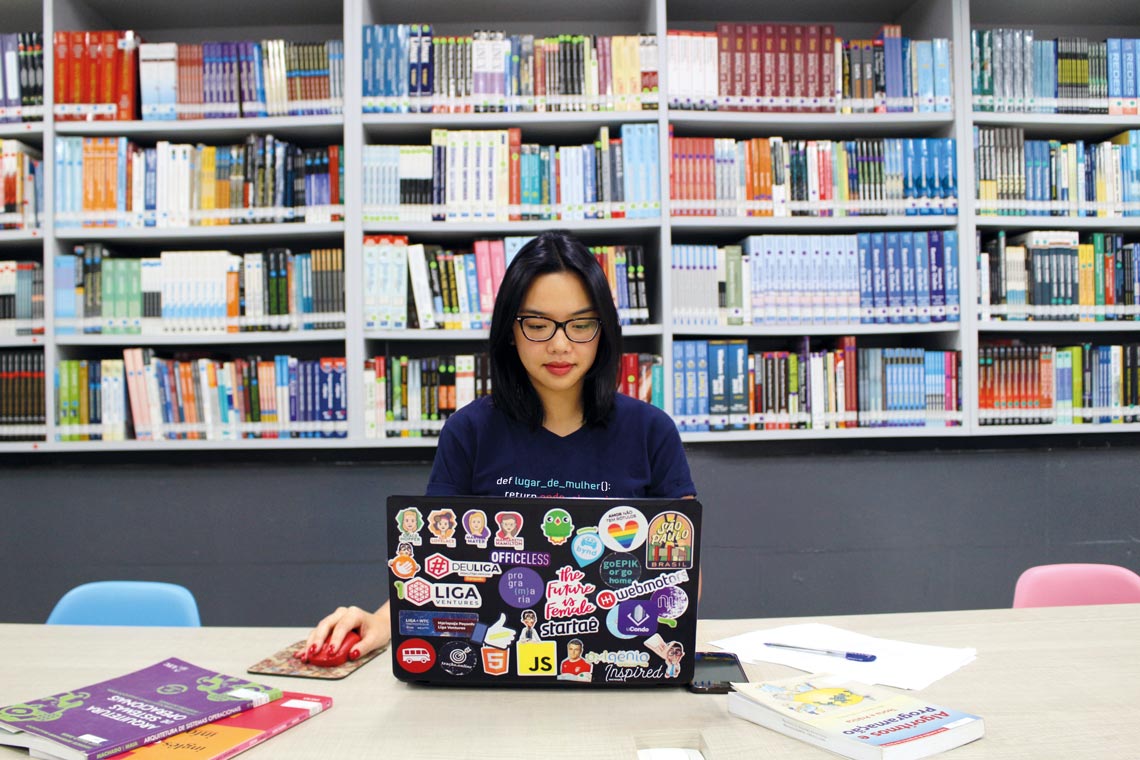 Chan eventually decided to turn PrograMaria into something bigger with the aim of stimulating female interest in technology via lectures, debates, and programming workshops in partnership with other companies attempting to increase the presence of women in computing. She also began offering a basic programming course for women, teaching them how to develop their own websites.

In three years, 115 women studied under PrograMaria. Many, such as Tuanny Ruiz, 25, have gone on to start a career in the technology sector. She says that she was always interested in mathematics and programming, but under pressure from her parents, she opted to study civil engineering. “Over time, I lost interest in the course.” She decided to study programming by herself alongside her degree. In October 2016, she took the PrograMaria course and attended its workshops. After graduating, she dove straight into the professional world of computing. She worked at various companies in São Paulo and was eventually offered a position as a programmer at a retail company in Canada, where she has lived since April.

Labor shortages
The need for more women in computer science is not solely about gender equality—it is also an economic issue. The number of computing courses in Brazil has grown by 586% in the last 24 years. At the same time, according to the National Institute for Educational Studies and Research (INEP), run by the Ministry of Education (MEC), the percentage of women enrolled in these courses fell from 34.8% to 15.5%. The same trend has occurred in the USA, where there are expected to be approximately 1.4 million computer-science jobs available by 2020 and only 400,000 graduates with the skills required to fill them, according to Code.org. “We can only bridge this gap by getting more women to work in the field,” says Chan.

One initiative trying to do just that is the Technovation Summer School for Girls, started this year by the Institute for Mathematics and Computer Science at the University of São Paulo (ICMC-USP). “The aim of the project is to teach girls aged 10 to 18 to develop applications that can solve social problems, as well as presenting career possibilities in technology and entrepreneurship,” explains computer scientist Kalinka Castelo Branco, a researcher at ICMC-USP and coordinator of the Exact Sciences Student Group (GRACE) that runs the program. 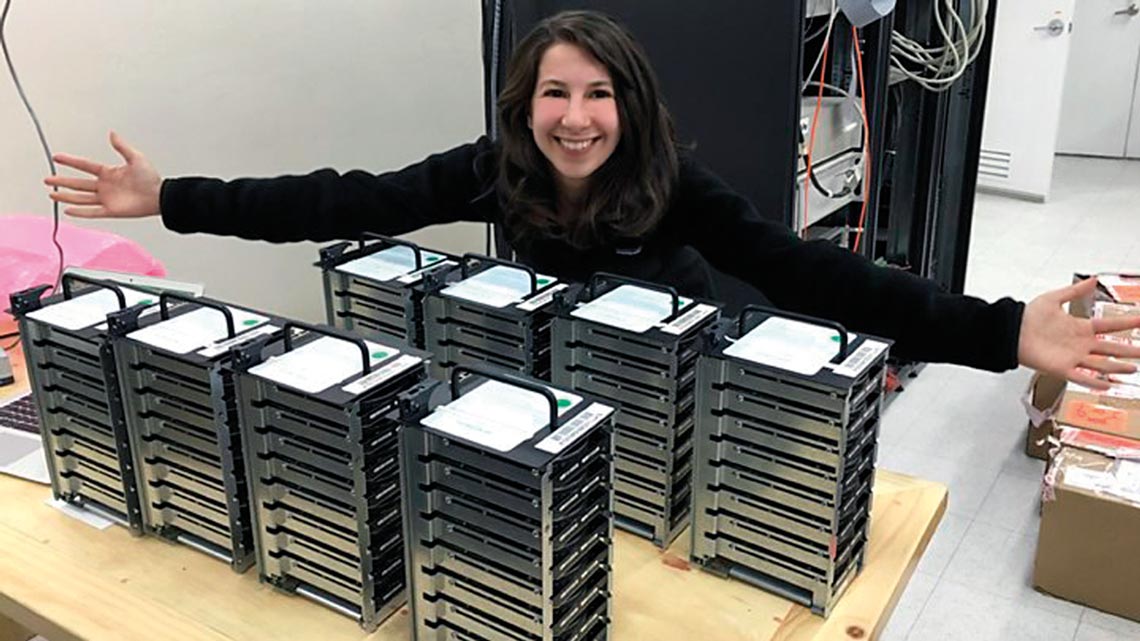 The course is aimed primarily at public-school students in the state of São Paulo, reaching 74 girls and young women aged 10–18 in its first year. The participants learned how to develop an application and present it in public. “Those aged 15 and older were also taught how to draw up a business plan to put their ideas into action,” says Castelo Branco. This year, the number of attendees at the event more than doubled: 162 students participated in the activities, which require no prior computer knowledge.

The initiative is part of a larger project being developed by the ICMC at public schools in São Carlos. “Our project was funded by the CNPq [Brazilian National Council for Scientific and Technological Development] after a call for proposals issued at the end of last year to encourage greater participation and education of girls and women in science, technology, engineering, and mathematics [STEM subjects],” says the researcher. “We will have R$95,000 available over the course of a year.”

The money will be used to provide girls from five public high schools in the region with scholarships to study pre-undergraduate courses. It also includes a grant of R$400 for one female teacher from each school. The idea is for the beneficiaries to participate in university lectures and workshops on STEM subjects. Some of the funds will also be used as scientific initiation grants for ICMC undergraduates to tutor students at these schools.

Other efforts to reduce gender inequality in computer science include the Girls in Computing initiative run by the Computing Department at the Federal University of Sergipe (UFS), which encourages young women in the state to study courses in the field; Cunhatã Digital, which aims to motivate girls and women from the Amazon region; and Meninas Digitais, offered by the Brazilian Computer Society (SBC) to high-school students and older elementary-school students nationwide.

The Federal University of Paraíba (UFPB) in João Pessoa has a similar program, called Meninas na Computação (“Girls in Computing”). “Since 2014 we have been organizing programming and robotics workshops, application development courses, visits to university laboratories, and debates and lectures on gender equality in STEM fields at public schools in the region,” says computer scientist and coordinator of the project Josilene Aires Moreira, from the UFPB Information Technology Center. She points out that 65% of the 1,866 STEM students at UFPB are men. “In 2018, only 10% of computer science undergraduates were women. In computer engineering, it was 17%.”

Role reversal
There was a time when women were a majority in computer science courses at some of the leading universities in Brazil. In 1974, 14 of the 20 students who graduated from the first computer science undergraduate class at the USP Institute of Mathematics and Statistics (IME) were women. Of the 41 students who graduated from the course in 2016, however, only six were women. According to computer scientist Claudia Bauzer Medeiros, from the Computing Institute at the University of Campinas (IC-UNICAMP), the issue of female representation in this field differs from other STEM subjects because women were once a majority.

The same phenomenon has been observed in the USA. According to data from the US National Center for Education Statistics, women accounted for nearly 37% of all undergraduate students in computer science between 1984 and 1985. Data from the American Bar Association, the American Association of Medical Colleges, and the National Science Foundation also show that the number of women in higher education studying law, physical sciences, medicine, and computer science grew between the 1960s and 1980s.

However, while the number of women in these other courses continued to increase after 1985, surpassing 40% in 2015, the same was not true of computer science, for which the proportion of women fell from about 35% to less than 20% in 2015. Medeiros explains that one of the main factors behind the phenomenon, both in Brazil and the USA, was the popularization of personal computers in the 1980s.

After the end of World War II (1939–1945), computers—which were huge machines at the time—were mainly used for secretarial functions such as data processing and electronic tabulation, where women were a predominant presence. In company payroll calculations, for example, they used to write the codes that would later be turned into punch cards to be read by the machines.

With the arrival of the first personal computers in the mid-1980s, the situation changed. A 1985 report issued by the National Center for Education Statistics found that boys in the US were much more likely to use computers at home than girls, possibly because they were the primary marketing focus of the manufacturers. “It is possible that this led to boys becoming more interested in programming and learning more about it,” suggests Medeiros.

Over time, the notion that programming was a masculine activity became the standard narrative, and the names of many women who made important contributions to the field were forgotten. Inspired by British physicist Jessica Wade, PrograMaria recently brought together 40 young programmers to create, translate, or improve the Wikipedia profiles of 45 women who work or have worked in STEM fields in Brazil and abroad.