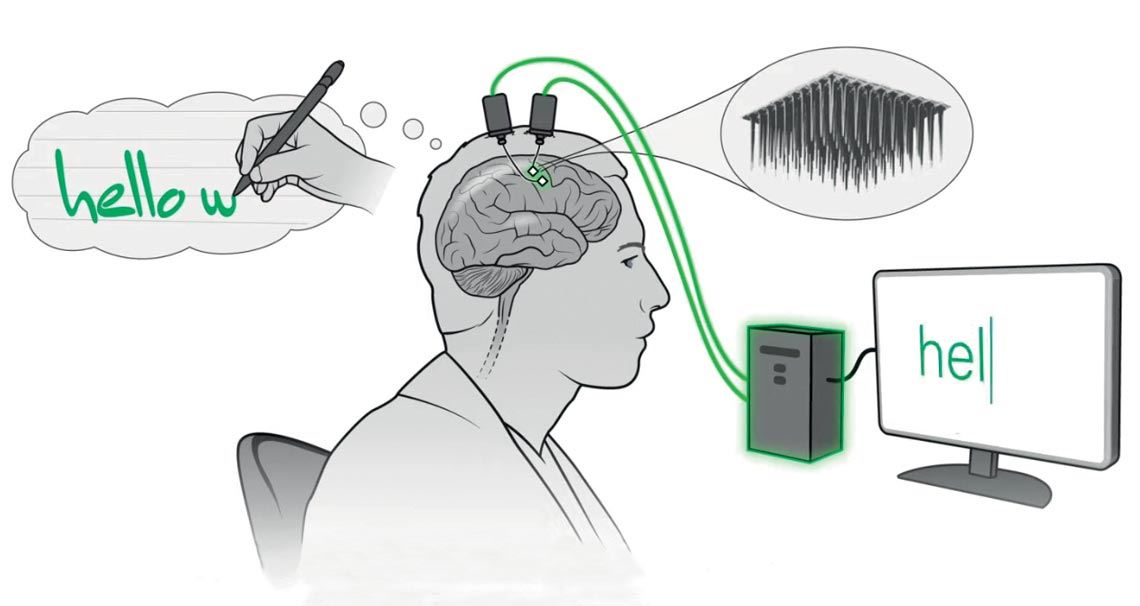 A brain-to-computer interface developed by researchers at Stanford University, USA, has allowed a 65-year-old man paralyzed from the neck down to quickly write text on a computer screen by imagining himself writing the letters by hand (Nature, May 12). The patient is a volunteer in the BrainGate2 clinical trial, which is assessing the safety and effectiveness of electronic brain implants. A team led by Krishna Shenoy of the Howard Hughes Medical Institute developed an algorithm capable of interpreting the activity of about 200 neurons (captured by sensors implanted in the region of the brain responsible for fine movement of the arms and hands) and converting the signals into letters, displayed on a screen in real time. After a number of sessions to train the algorithm, the volunteer was able to write an average of 90 characters per minute, the average speed at which people of the same age type on cell phones.