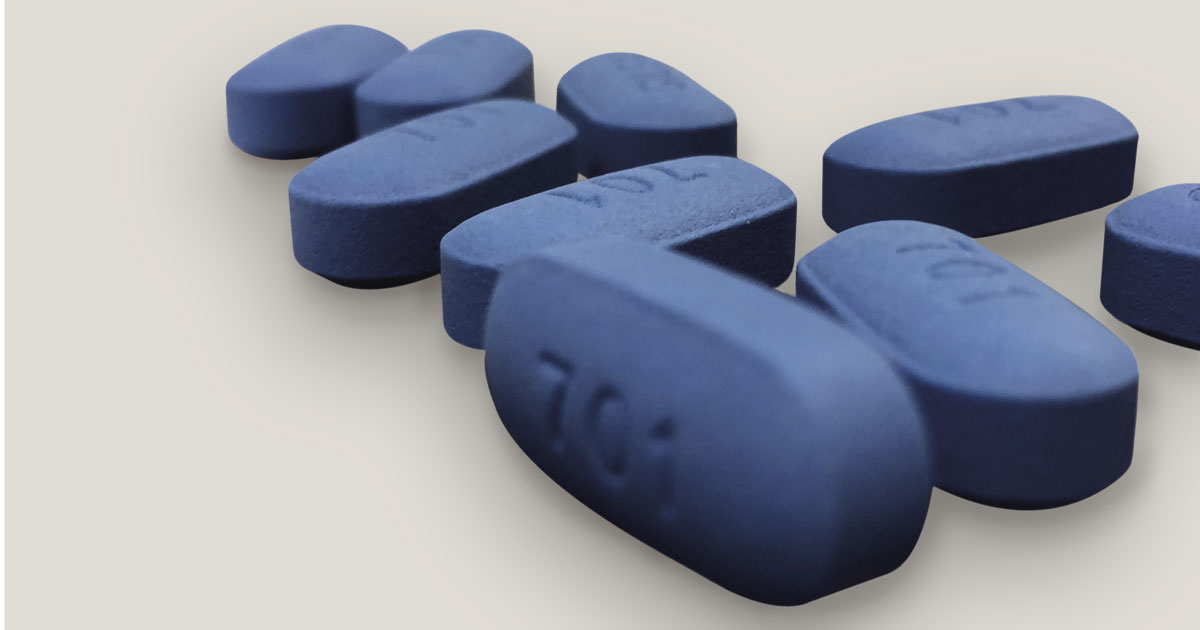 Pre-exposure prophylaxis (PrEP), the most recent strategy to prevent HIV transmission via sexual contact, is advancing in Brazil. It consists of a pill taken daily, which prevents infection with the virus that causes AIDS in nearly all cases. It was approved in 2017 for use in Brazil and has been distributed through the public health system since the beginning of this year; the medication has attracted people who are at risk for infection by the virus that causes AIDS, according to recent studies. Despite the progress, there is still uncertainty about the risk that PrEP encourages people who use it to abandon other forms of prevention such as condoms, which in turn increases the risk of transmitting HIV, gonorrhea, syphilis, chlamydia, and other sexually transmitted infections (STIs). According to the Brazilian Ministry of Health (MS), 8% of female sex workers have syphilis, and most do not use condoms in sexual relations with regular clients, boyfriends, or husbands.

“The effectiveness of PrEP in Brazil depends on expanding access to this medication and adequate care for those who take it,” says epidemiologist Maria Amélia Veras, a professor at the Santa Casa School of Medicine in São Paulo. Effectiveness measures how a medication performs under real conditions when utilized by a large number of users. “To work in a satisfactory manner, this or any other HIV prevention strategy assumes that the users’ needs are taken into consideration and that health professionals can be available to talk with them. For this to happen, we need the SUS [Brazilian health system] to be strengthened with more resources and personnel.”

PrEP consists of a pill containing two antiviral drugs (tenofovir and emtricitabine) and is indicated for people who are not infected with the virus and have risky sexual relations with people who are infected with HIV. The medication, which is produced by the American pharmaceutical company Gilead, is imported; it can be obtained through the public health system or purchased in pharmacies or on the internet, at an average monthly cost of R$300. Domestic production is on the horizon: in March, the Institute of Pharmaceutical Technology at the Oswaldo Cruz Foundation (FARMANGUINHOS/FIOCRUZ) in Rio de Janeiro announced an agreement with a Brazilian pharmaceutical company to produce tenofovir and emtricitabine. The National Institute of Industrial Property (INPI) refused the request to patent the two formulations in Brazil, which facilitates their production in the country, but the plan to manufacture the drugs more cheaply still depends on approval by the Brazilian Health Regulatory Agency (ANVISA).

PrEP was approved in the United States in 2012, and has few side effects (including nausea and flatulence) and an effectiveness rate exceeding 90%. A study by FIOCRUZ researchers published in Lancet HIV in March of this year indicated a high rate of adherence to this preventive approach in Brazil: 83% of 450 participants completed the proposed 48 weeks of treatment, which was provided by research institutions that collaborated with the study. The participants were men who have sex with men and transsexual women (who identify as female but were assigned male at birth) who were not infected with HIV. All maintained the same sexual habits and took PrEP regularly: the percentage of people who reported having anal sex without condoms with at least three partners did not change significantly between the beginning and end of the period in which they took the antivirals.

Abandoning condom use increases the risk of transmitting HIV, syphilis, gonorrhea, chlamydia, and other diseases

The problem is that even if the medicine is very effective against HIV, abandoning condom use increases the risk of transmitting other STIs. For example, in the United States and Canada, high STI rates have been reported among PrEP users who have sex without a condom, observes virologist Pablo Barreiro of the Carlos III University Hospital in Madrid, in an article in the journal AIDS Reviews in March of this year.

Between the beginning of January and the end of March of this year, 36 public health centers in 11 states served 1,401 people interested in PrEP. On April 5, at the opening lecture of a course on AIDS at the University of São Paulo School of Medicine (FM-USP), physician Adele Schwartz Benzaken, the director of the Department of Surveillance, Prevention, and Control of Sexually Transmitted Infections, HIV/AIDS, and Viral Hepatitis at the Brazilian Ministry of Health, announced plans to increase the number of people served and centers providing care.

The largest group of PrEP users in the public health network are mainly gay men and other men who have sex with men (84.5%) and white or Asian men with high levels of education (61.3%), with low participation by transsexual women and transvestites (1.2%). “We have to work hard to reach the populations who are more vulnerable to HIV, such as gay men with lower education levels, transgender people, and female sex workers, who are the ones who most need PrEP,” said Benzaken. As a strategy to stop the spread of the virus, the public health system already offers post-exposure prophylaxis (PEP), which consists of taking other antiviral agents up to 72 hours after high-risk sexual exposure; like PrEP, it is highly effective. The number of times PEP was used rose from 15,414 in 2009 to 87,414 in 2017, considering that a person can take the drug more than once.