Four women were honored in three of the six Nobel Prize categories this year, the second-highest number in the history of the prestigious award. Emmanuelle Charpentier, from France, and Jennifer Doudna, from the USA, shared the prize in chemistry, while Louise Glück and Andrea Ghez, both Americans, received the literature and physics prizes respectively. The prize, created by Swedish chemist, inventor, and philanthropist Alfred Nobel in the late nineteenth century, has historically favored men. Of the 930 winners over the last 120 years, only 57 have been women.

The 2020 Nobel Prize in Physiology or Medicine honored two Americans and a Briton for their work identifying the hepatitis C virus, which can cause serious liver damage and can lead to cirrhosis and cancer. In the 1970s, physician Harvey J. Alter, now 85, of the US National Institutes of Health (NIH), identified a new virus, different to hepatitis A and B, transmitted by blood transfusions. Years later, a team led by British virologist Michael Houghton, 70, who worked at the pharmaceutical company Chiron in California at the time, used new molecular strategies to identify the pathological agent, which they called the hepatitis C virus. In the 1990s, virologist Charles M. Rice, 68, then at Washington University in St. Louis, confirmed that the virus alone was able to multiply and cause the disease, which affects around 70 million people worldwide and kills 400,000 a year. 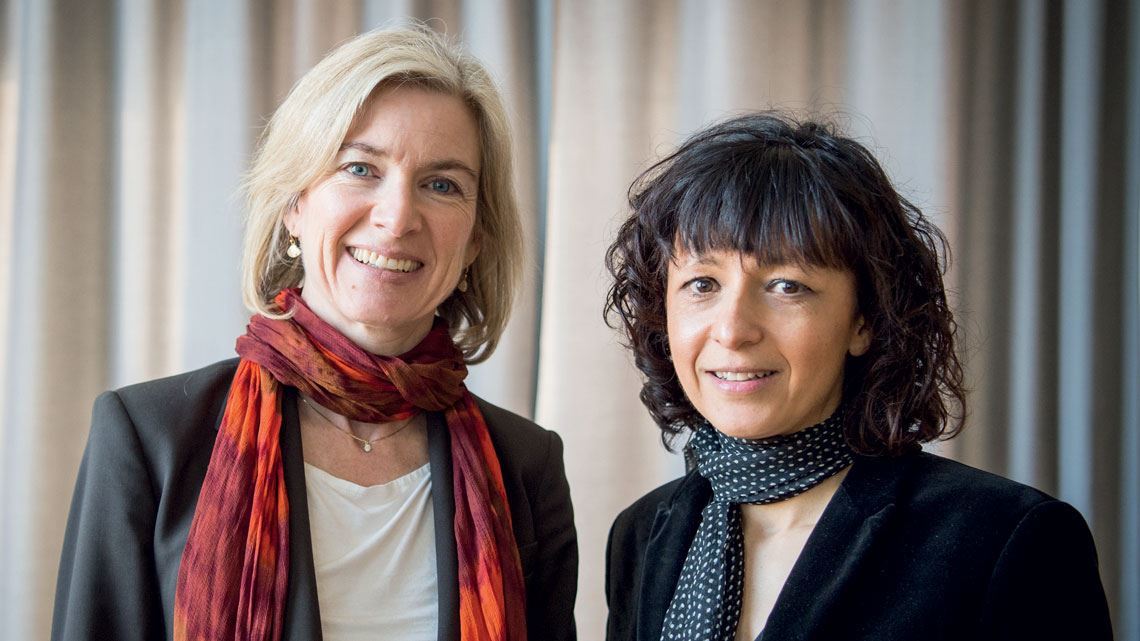 Gene-editing tool
Discovered in 2012, the CRISPR-Cas9 gene-editing tool has various possible applications in food production and medicine, not to mention its potential for treating genetic diseases. Based on the way bacteria fight viruses, the tool uses RNA molecules coupled with bacterial proteins (Cas9) that work as molecular scissors, capable of cutting DNA at selected points. This allows genes to be inactivated or corrected. For their work refining the tool, French microbiologist Emmanuelle Charpentier, 51, of the Max Planck Institute in Berlin, Germany, and American biochemist Jennifer Doudna, 56, of the University of California, Berkeley, and a researcher at the Howard Hughes Medical Institute, USA, received this year’s Nobel Prize in Chemistry. 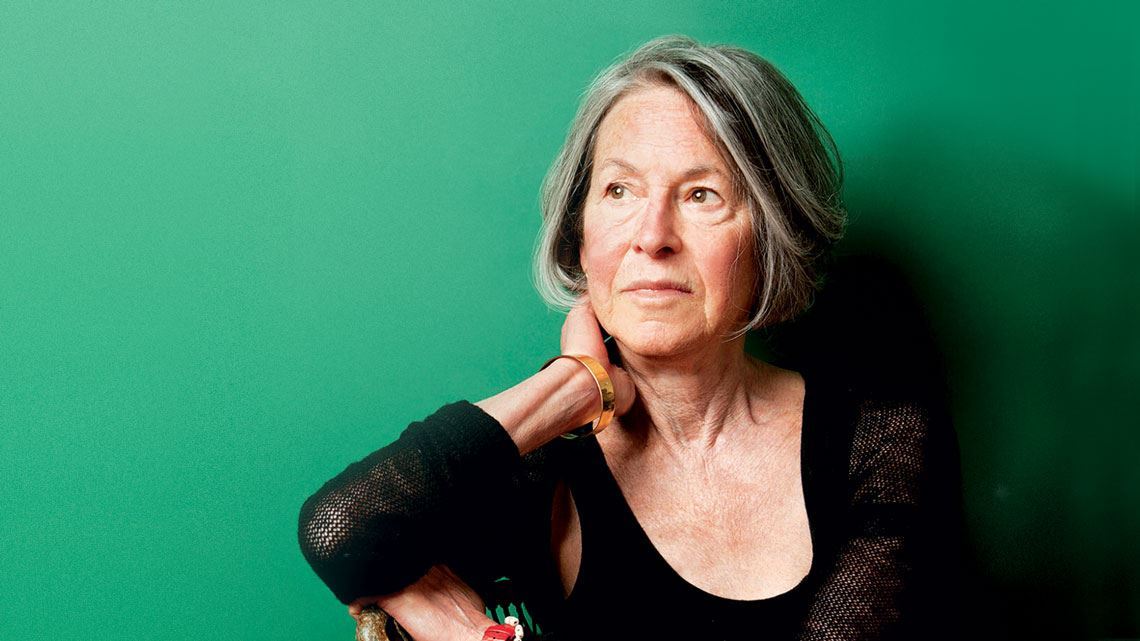 Wikimedia CommonsThe mythology of intimacy
American poet and essayist Louise Glück won the 2020 Nobel Prize for Literature. Her books have not been published in Brazil. Only translations of the occasional verse have been published in Portuguese, usually in literary magazines and newspaper culture sections. Known for its technical precision and objective language, her poetry often draws on Greek and Roman mythology to describe issues in the author’s own personal life. Glück, 77, has published 12 poetry collections, as well as books of essays. A professor at Yale University, she was the first from her family of Hungarian immigrants of Jewish origin to be born in the USA. Little known in Brazil, Glück’s work has received several awards in the USA, including a Pulitzer in 1993 for the book The Wild Iris (Ecco, 1992). 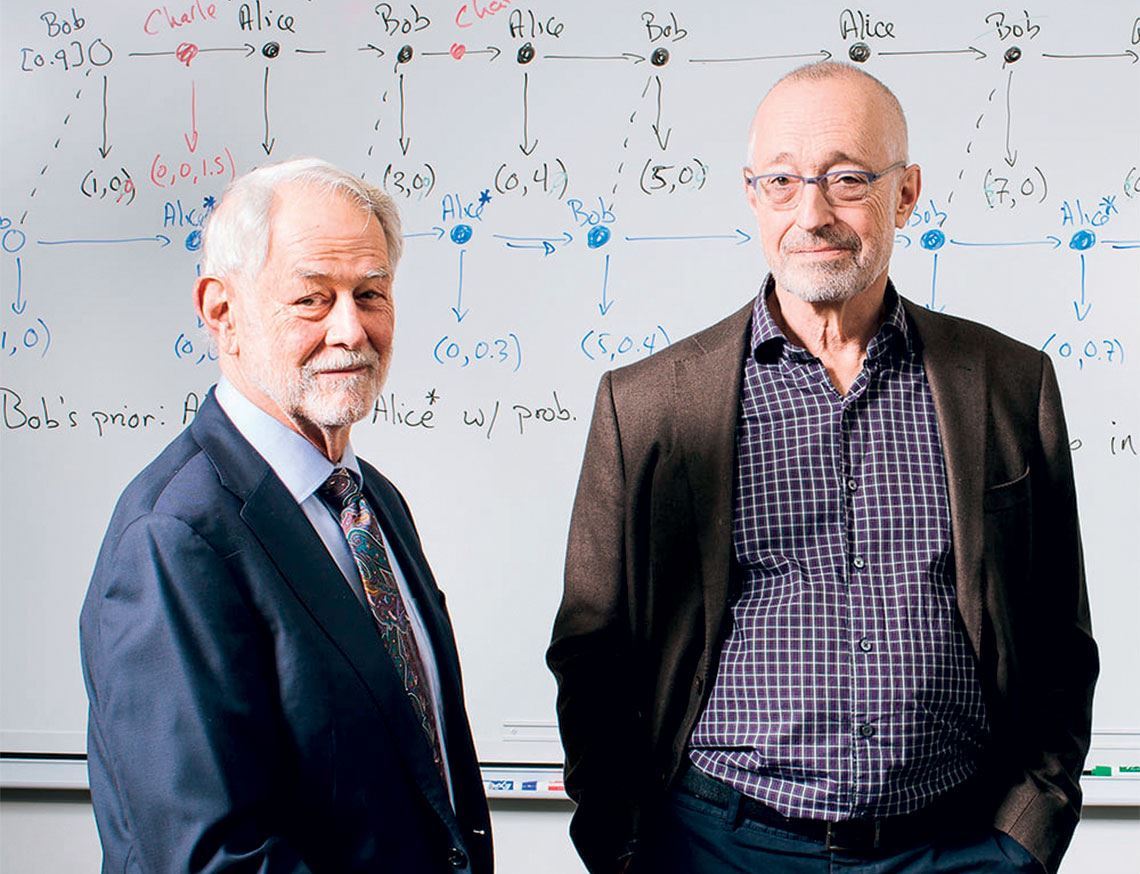 Auction strategies
American scientists Robert B. Wilson, 83, and Paul R. Milgron, 72, both from Stanford University in California, were awarded the Nobel Prize in Economics—an award instituted by the Central Bank of Sweden in 1968—for contributions to auction theory. “The laureates improved auction theory and invented new auction formats, benefiting sellers, buyers, and taxpayers around the world,” said the Royal Swedish Academy of Sciences, noting that every day, auctions distribute astronomical values between buyers and sellers. The researchers utilized auction theory to understand the results of different bidding rules and final prices, seeking to identify the most appropriate value for auctioned goods and services. The pair’s studies have helped governments around the world to sell public goods at higher prices.

Mysterious black holes
The Nobel Prize in Physics was awarded to three researchers who studied black holes—extremely dense and compact regions of space that suck in surrounding matter due to their enormous gravitational field. Not even light can escape them (hence the name). Half of the US$1.1-million cash prize was given to British physicist and mathematician Roger Penrose, 89, of the University of Oxford, “for the discovery that black hole formation is a robust prediction of the general theory of relativity” proposed by Albert Einstein (1879–1955). The other half was divided between two observational astrophysicists who lead rival research groups: German Reinhard Genzel, 68, of the Max Planck Institute for Extraterrestrial Physics in Garching, Germany, and the University of California, Berkeley, USA; and American Andrea Ghez, 55, from the University of California, Los Angeles. They confirmed the existence of a supermassive black hole in the center of the Milky Way, providing further evidence that Penrose’s speculation was correct. 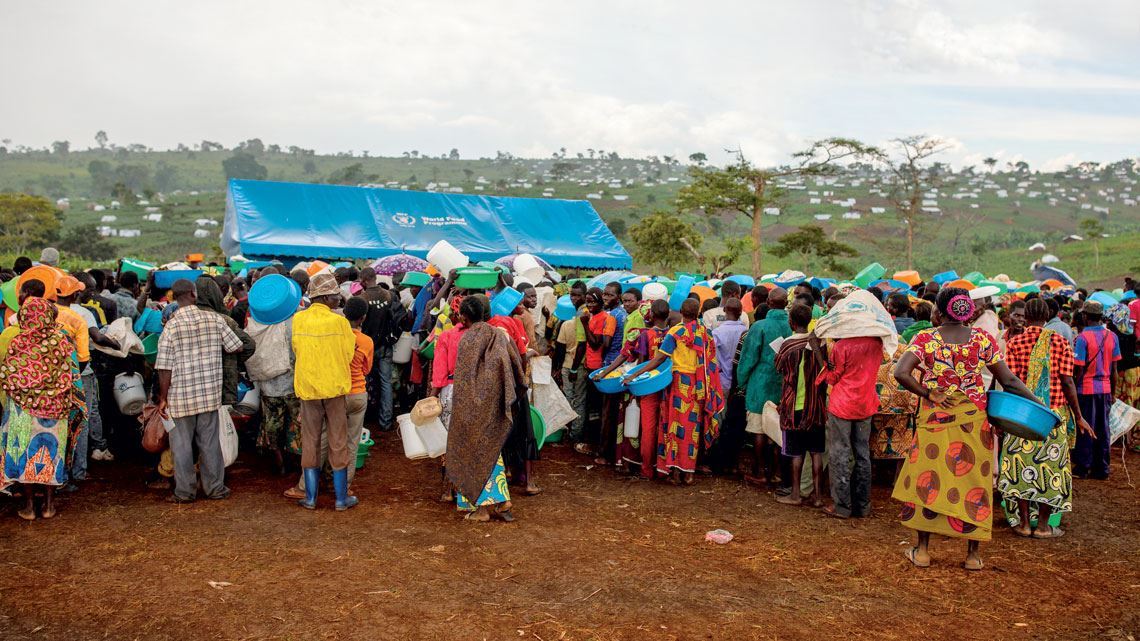 Jack Taylor / Getty ImagesFood security as a means of conflict prevention
The Nobel Peace Prize was given to the World Food Program (WFP), the largest international humanitarian organization in the area of food security, created in 1961 as a branch of the United Nations Food and Agriculture Organization (FAO). The Nobel Foundation recognized the WFP “for its efforts to combat hunger, for its contribution to bettering conditions for peace in conflict-affected areas, and for acting as a driving force in efforts to prevent the use of hunger as a weapon of war and conflict.” With 5,600 trucks, 30 ships and 100 planes, the WFP served 97 million people in 88 countries in 2019, and predicts that the number of people suffering chronic hunger will reach 265 million in 2020.