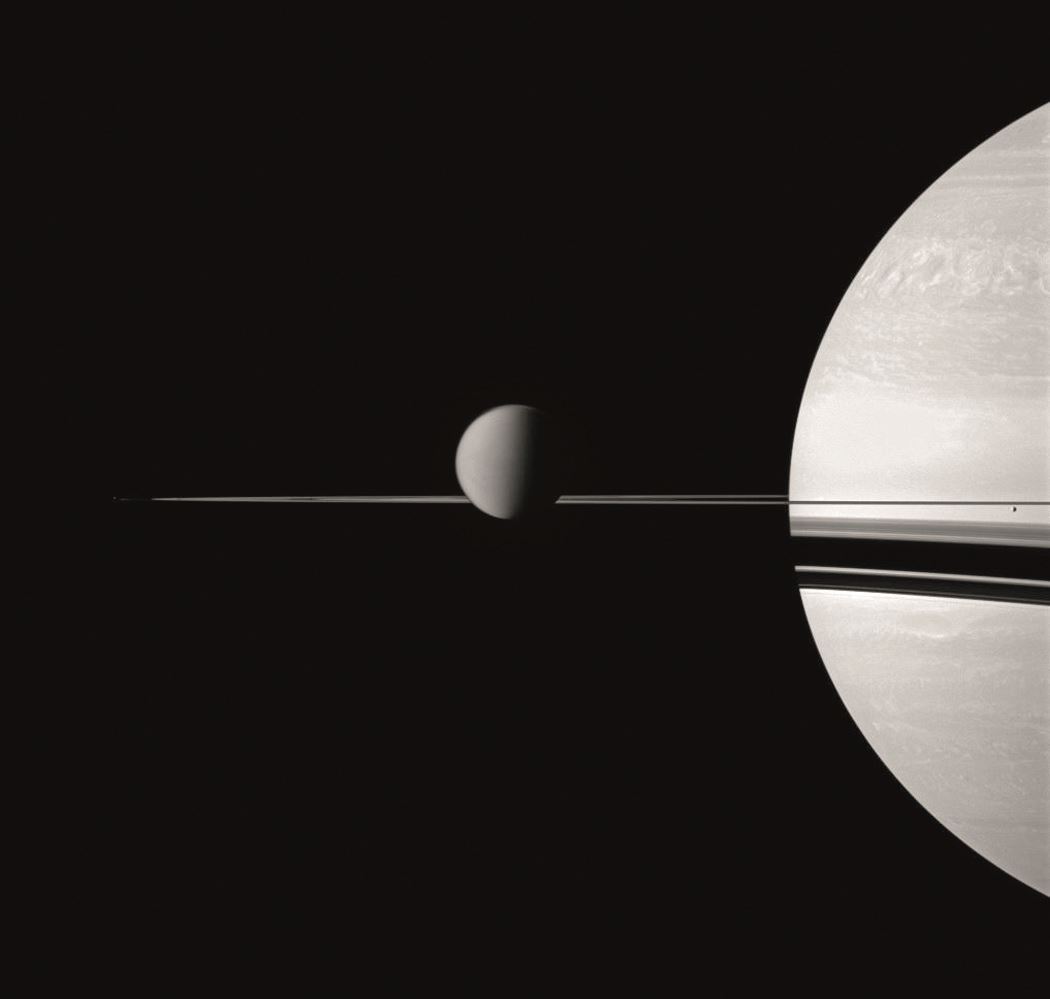 Nasa Titan, the largest of Saturn’s 82 moons, is moving away from the planet almost 100 times faster than previously estimated. Larger than the planet Mercury, it is the only moon in the solar system with an atmosphere, lakes on its surface, and a potentially liquid ocean under a thick layer of ice. Measurements of Titan’s orbit (in the center of the image) calculated over a period of 10 years by researchers from Europe, the USA, and China indicate that the moon is currently moving away from Saturn at a rate of 11 centimeters (cm) per year, rather than at the previously estimated rate of 0.1 cm per year (Nature Astronomy, June 8). Measured with two different techniques, the speed at which Titan is moving suggests that it was formed much closer to the planet compared to the current distance. According to James Fuller, a researcher at the California Institute of Technology (Caltech) and one of the study’s authors, most previous research has theorized that moons like Titan and Jupiter’s Callisto were formed at a distance similar to their current orbit.