Through local city councils, “I have been tasked with reviving in the people of Minas Gerais the spirit of mining,” wrote German mineralogist Wilhelm Ludwig von Eschwege (1777–1855) in his book Pluto brasiliensis, the first scientific treatise about Brazilian geology, published in two volumes in 1833 (the title alludes to the plutonic or volcanic rock that forms the bedrock of geological structures). “Beginning in 1764,” he writes, “the mining industry went into a notable decline. Revenue from the quinto [a government tax of 20% on mined gold] was visibly dwindling.”

The Baron of Eschwege—whose portrait at the University of São Paulo’s (USP) Paulista Museum depicts him as having an austere gaze and a full mustache—carried out the first major survey of mineral resources in Brazil’s hinterland and especially in Minas Gerais, from 1811 to 1821. In his position as intendant—or inspector—of gold mines, holding the rank of lieutenant-colonel engineer, and curator of the Royal Cabinet of Mineralogy of Rio de Janeiro, created in 1810, he revisited local gold-mining methods at the time, which had been previously described by André João Antonil in his 1711 book Cultura e opulência do Brasil por suas drogas e minas (The culture and opulence of Brazil: from drugs to mines). Antonil was the adopted name of Italian Jesuit Giovanni Antônio Andreoni (1649–1716).

Eschwege recommended the use of machines to reduce reliance on slave labor and increase productivity. He mapped out the 555 gold mines in operation in 1814 and identified new deposits of not only gold but also diamonds, copper, lead, manganese, and saltpeter, which would be mined in the following decades. He also indicated other potential areas of occurrence, from Brazil’s northeastern state of Ceará to its southernmost state of Rio Grande do Sul.

Eschwege not only served as an observer and consultant but was also a partner at the Patriótica Iron Foundry, one of the first in Brazil. The ironworks was founded in 1810 in the Minas Gerais municipality of Congonhas do Campo. Despite his introduction of new foundry methods, the plant proved not to be feasible as it produced more than market demand could accommodate. Eschwege concluded that only small ironworks distributed across the provinces were likely to be successful (see Pesquisa FAPESP issue nº 172). He also collaborated with the Royal Lead Factory in Abaeté, Minas Gerais, and the Ipanema Ironworks, in São Paulo. 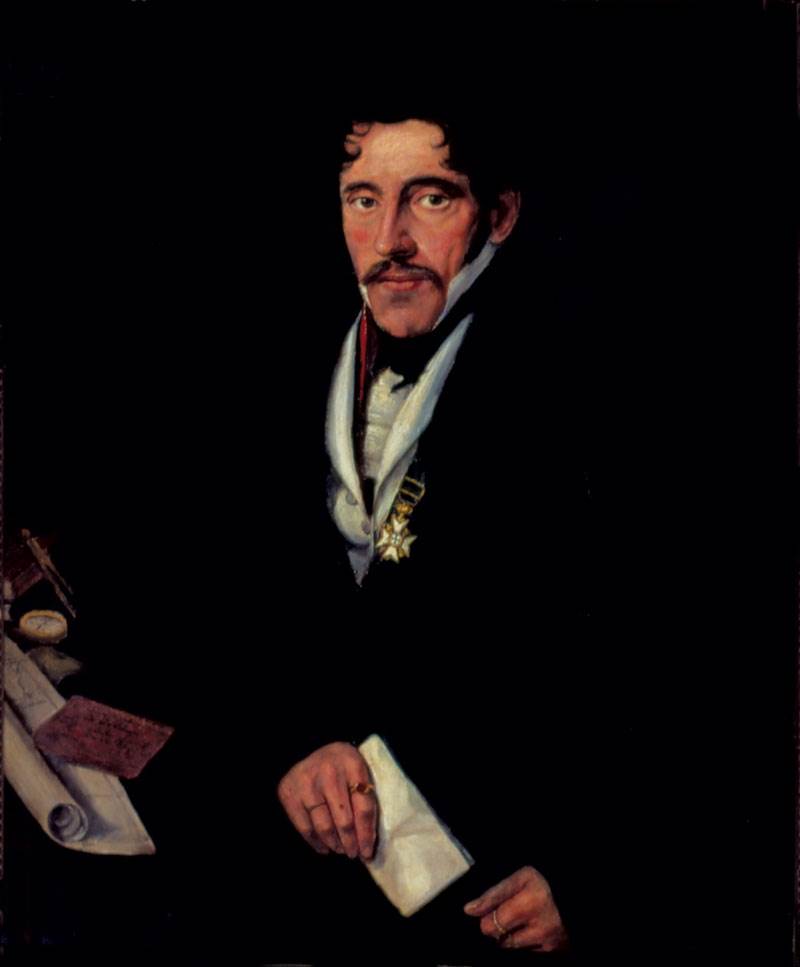 José Bonifácio de Andrada e Silva (1763–1838), Intendant-General of Mines and Metals in Lisbon, convinced the then Minister of Foreign Affairs and War, Rodrigo de Sousa Coutinho (1755–1812), to hire three German geologists to revive the mining industry in the colonies. The three of them—Eschwege, Wilhelm-Christian Gotthelft von Feldner (1772–1822), and Friedrich Ludwig Wilhelm Varnhagen (1782–1842)—arrived in the Portuguese capital in 1803. Geologists Iran Machado and Silvia Figueirôa, at the University of Campinas (UNICAMP), tell their story in the book História da mineração brasileira (History of mining in Brazil; CRV, 2020).

In 1810, at the invitation of Prince Regent Dom João VI (1767–1826), they embarked on a 60-day voyage to Brazil, where they began working as mine inspectors. Feldner headed to the newly discovered deposits in Rio Grande do Sul and, later, on the coast of Bahia. Varnhagen was tasked with inspecting the iron mines in the region of Sorocaba, in São Paulo’s hinterland, which would later supply ore to the Ipanema Ironworks, built in 1810 (see Pesquisa FAPESP issue nº 202). Eschwege helped plan the curriculum for the Rio de Janeiro Royal Military Academy—the first engineering school in Brazil, founded in 1810—before going to Vila Rica, present day Ouro Preto, where he began working at the Patriota Ironworks.

His work in the field extended beyond geology—he had also been tasked with making weather observations and developing plans to navigate the Rio Doce, drawing more accurate maps of the region and, as he put it, “establishing friendly relations with the man-eating Botocudos,” against whom the Portuguese government had formally declared war. “What a Herculean task to accomplish all of this in the space two years, and then return without fail to Rio de Janeiro to hold conferences to which I was absolutely not inclined,” he complained.

The German geologist collected mineral samples from mines in the Mariana region—such as a strontium-rich barite variety and an impure form of hematite (iron oxide)—and sent them to experts in Europe, who characterized and named them Eschwegite. “Because they were not new species, but varieties, they did not warrant a new name,” says geologist Daniel Atencio at the University of São Paulo’s Institute of Geosciences (IGc-USP), who has identified 20 new minerals in Brazil and 14 in other countries (see Pesquisa FAPESP issue nº 180).

In Pluto brasiliensis, Eschwege named and first described the Espinhaço mountain range, which stretches across the states of Minas Gerais and Bahia. He explained its formation using a theory known as Neptunism, proposed by German geologist Abraham Werner (1749–1817), which asserted that rocks were created by the crystallization or deposition of minerals in the waters of a primordial ocean. “This was the prevailing theory at the time,” notes Figueirôa. There is currently a geology center named after Eschwege at the Federal University of Minas Gerais in Diamantina, where researchers regularly organize scientific conferences about the Espinhaço. 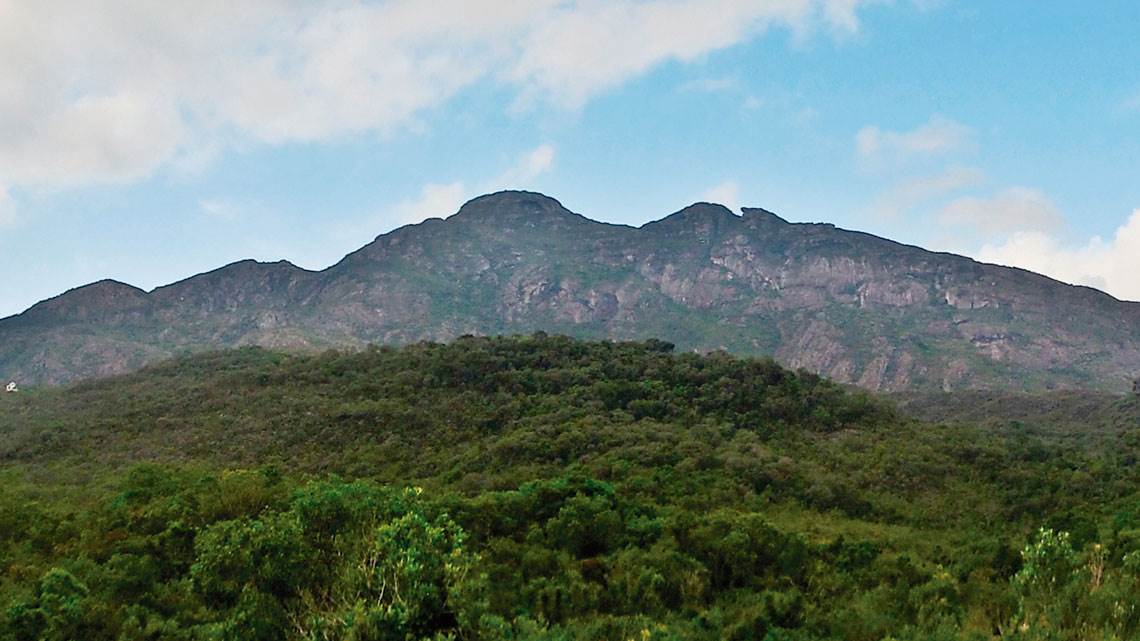 In 1821, the three mine engineers returned to Portugal with Dom João VI. Feldner died of pneumonia the following year, 40 days after being appointed as inspector of a gold mine near Lisbon. Varnhagen was appointed as administrator of the Crown’s national forests. Eschwege returned to Germany. In a 2007 article published at the Research Center for the Study of Population, Economy, and Society (CEPESE), at the University of Porto, Maria João Baptista Neto, an art historian at the University of Lisbon, describes how Eschwege was often seen in the court in Weimar, the intellectual center of the German Empire, where he received patronage to publish his works about Brazil.

He would spend time alternately in Germany and Portugal until in 1837 he finally settled in Lisbon. There, as an amateur architect, he designed the Pena Palace, built from the ruins of an old convent in the present-day municipality of Sintra, in the Lisbon Metropolitan Area. He had been appointed for the project by the then Prince Consort and later King of Portugal, Fernando II (1816–1885), the son of a German prince and husband of Queen Maria II (1819–1853), the daughter of Dom Pedro I. “This palace is symbolic of the union of two peoples, two kingdoms, two cultures,” notes Baptista Neto.

“Students and engineers in nineteenth-century Brazil were well versed in Eschwege’s works,” says Figueirôa. In a 2017 article in the journal Centaurus, she describes how, as part of a teaching reform at the Rio de Janeiro Military Academy, Portuguese botanist and mineralogist Frederico Burlamaqui (1803–1866), a professor at the academy and formerly director of the Brazilian National Museum, from 1847 to 1866, commissioned a translation of Géologie élémentaire appliquée à l’agriculture et à l’industrie, avec un dictionnaire des termes géologiques (Elementary geology applied to agriculture and industry, with a glossary of geological terms or a manual on geology), written by French geologist and naturalist Nérée Boubée (1806–1862) and first published in France in 1833.

After returning to Europe, Eschwege designed the Pena Palace in Sintra, near Lisbon

One of the appendices to the translation, titled “Viagem mineralógica na província de São Paulo” (Mineralogical journey through the province of São Paulo), was written in 1846 by José Bonifácio and his brother Martim Francisco Ribeiro de Andrada (1775–1844). Another appendix provided a summary of Eschwege’s works. A complete Portuguese translation of Pluto brasiliensis was only published in 1941 by Companhia Editora Nacional. A free digital version is now available from the Brazilian Senate Library.

After its experience with the German mining engineers, Brazil, now an independent nation, sought other avenues for developing its steel industry. “Because it lacked capital, the government opened the mining sector to foreign investors, beginning with the English in 1824, initially through joint ventures with Brazilian investors,” says Figueirôa. One of the few Brazilian investors was engineer Guilherme Schüch, better known in Brazil as Guilherme de Capanema (1824–1908), who developed iron, gold, and silver mines.

In the twentieth century, the Getúlio Vargas (1930–1945) administration introduced a Mining Code in 1934 under which all mineral resources in the subsoil are owned by the State and may be exploited only under concessions awarded exclusively to Brazilians or local companies. The law also prescribed a progressive nationalization of all mines in Brazil. In 1942, Vargas created Companhia Vale do Rio Doce (CVRD), now renamed Vale S.A., which was destined to become one of the world’s leading mining companies following its privatization in 1997.