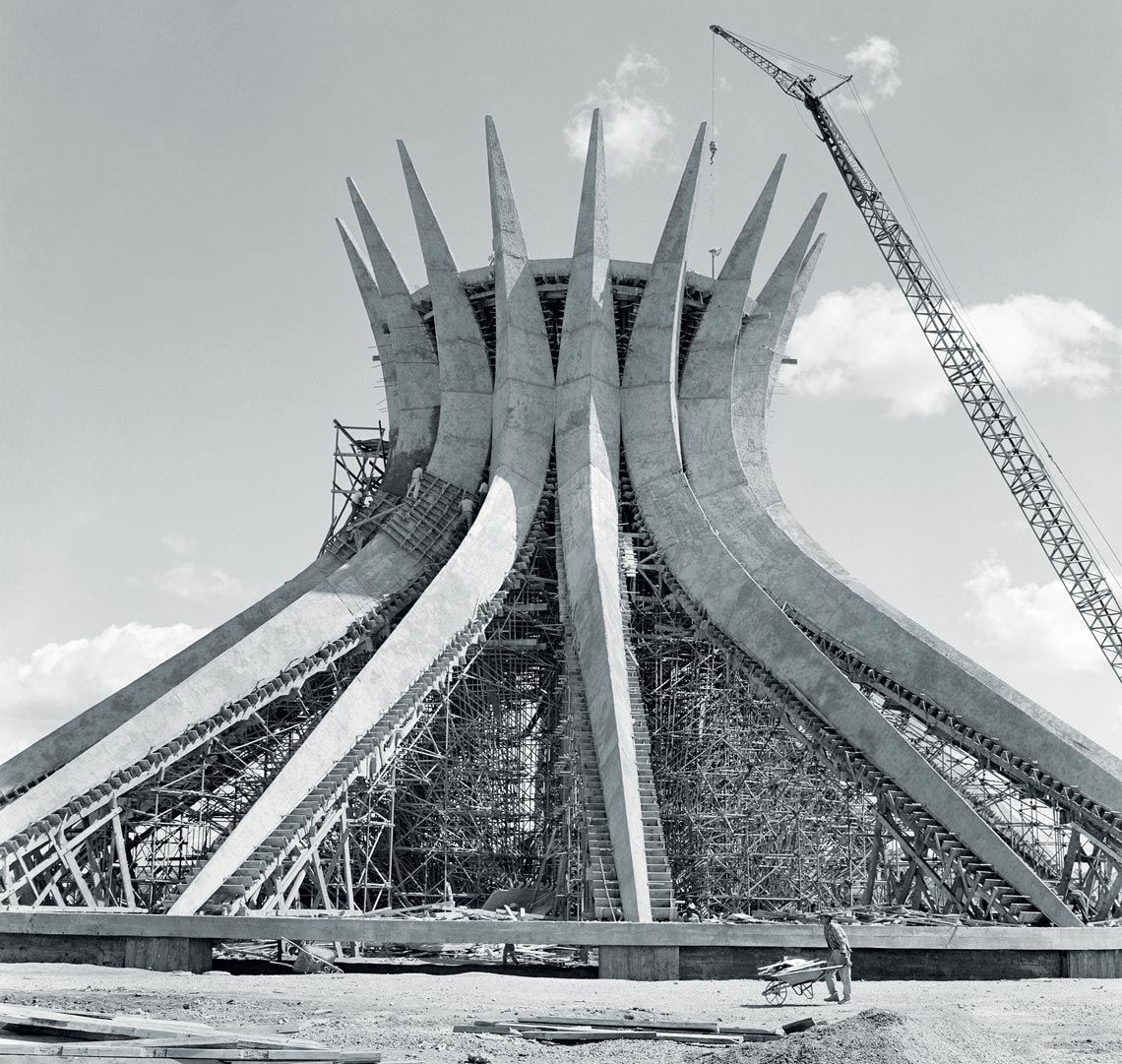 Cathedral of Brasília, one of Cardozo and Niemeyer's many innovative projects, in 1959

Éverton Barbosa Correia, a professor of literature at the State University of Rio de Janeiro (UERJ), resolved to study the literary work of Recife’s Joaquim Moreira Cardozo (1897–1978) in such depth that he won the praises of poet João Cabral de Melo Neto (1920–1999), also from Recife. Cardozo has, strictly speaking, two lines of work, one as a poet and the other as an engineer. He was responsible for the structural calculations that keep the buildings designed by architect Oscar Niemeyer (1907–2012) standing, such as the Cathedral and the National Congress in Brasília, which turned 60 in April 2020.

In 1930, Cardozo graduated in civil engineering from the Pernambuco School of Engineering, which is now integrated with the Federal University of Pernambuco (UFPE) The young engineer demonstrated an ability to make structural calculations for avant-garde works while he was working in the Architecture and Construction Directorate (DAC), which managed the state’s projects. Encouraged by his supervisor, architect Luiz Nunes (1909–1937), he designed the Alberto Torres Rural School in 1936, using horizontal arches and beams to support the access ramps, which were themselves an expression of modern architecture. 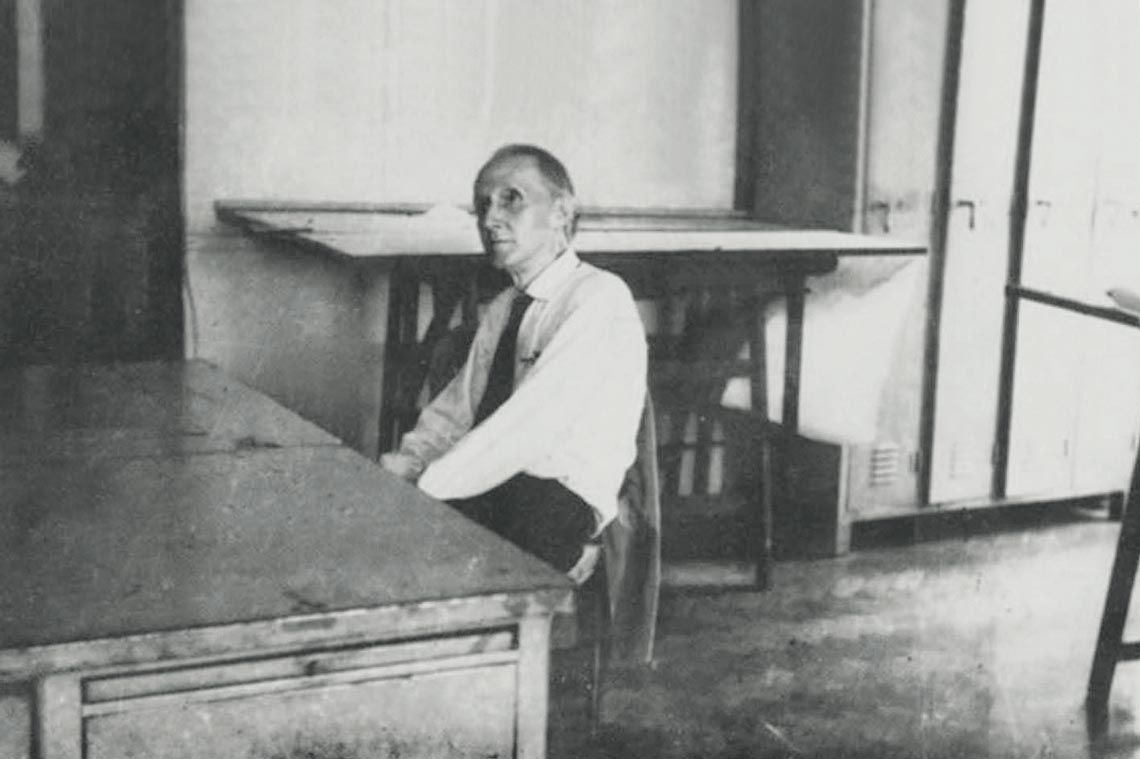 “Cardozo, being a poet, art critic, and engineer, adhered to the ideals of modern architecture,” says architect Leonardo Inojosa, a professor at the University of Brasília (UnB). His doctoral thesis, completed in 2019, argued that Cardoso’s innovative structural solutions left their mark on modern Brazilian architecture from the 1930s to the 1980s.

In 1940, after giving a speech to the class graduating from the School of Engineering that included comments which displeased the state government, Cardozo was fired from DAC and made the move to Rio de Janeiro, then Brazil’s capitol. At the National Historical and Artistic Heritage Service (SPHAN), he met Niemeyer, and devised the structural design for the architect’s Conjunto da Pampulha, in Belo Horizonte, which was inaugurated in 1943. This work marked the beginning of a partnership that was to last 30 years. 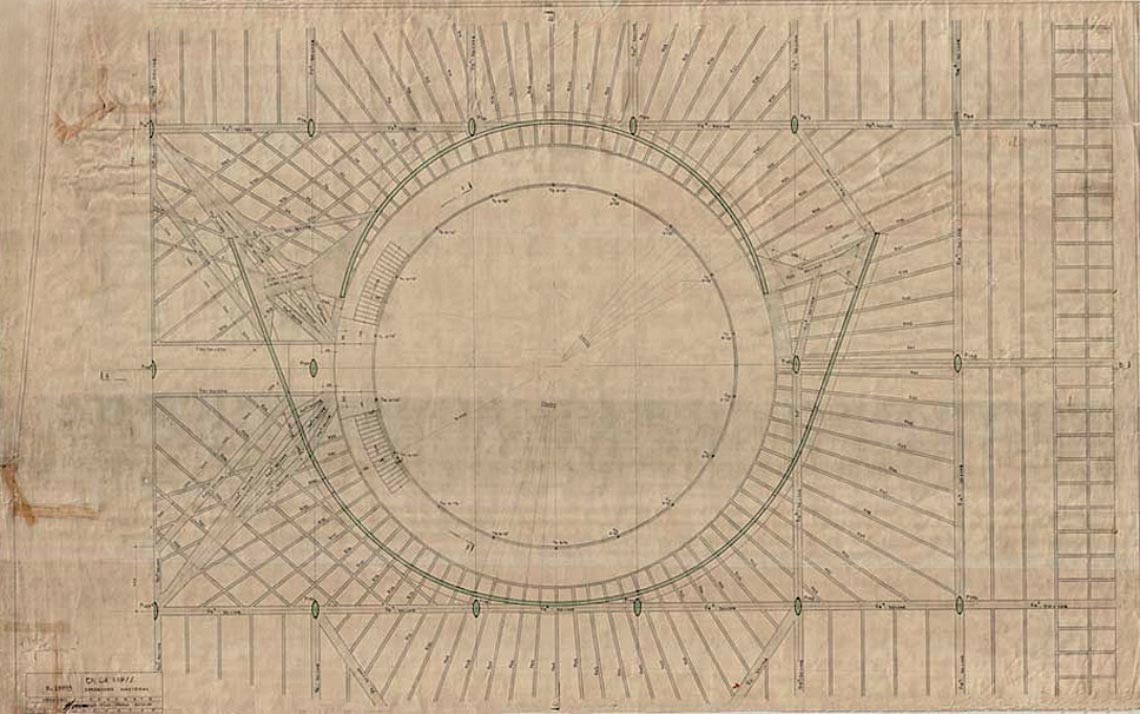 Technical Collection of the Chamber of Deputies

The National Congress (design)Technical Collection of the Chamber of Deputies

Another of their collaborations in Pampulha was the Church of São Francisco de Assis. “The project was innovative from an architectural point of view, due to the small church’s bold, free-form approach, and structurally, due to its reinforced concrete construction, a technique that was still relatively underused in Brazil,” observes architect Alexandre Martins, from Alcântara Machado Integrated Schools of University Center. The experience acquired in Minas laid the foundations for their joint work in Brasília, which included the palaces of the Federal Supreme Court, the official presidential residence, and Itamaraty, home of the Ministry of Foreign Affairs.

Poet friends
“His poetry had the same technical rigor as his engineering works, with a remarkable concern for the sound and combination of words,” says Correia. “Few modern Brazilian poets were so good at the technique of constructing poems as Cardozo.” 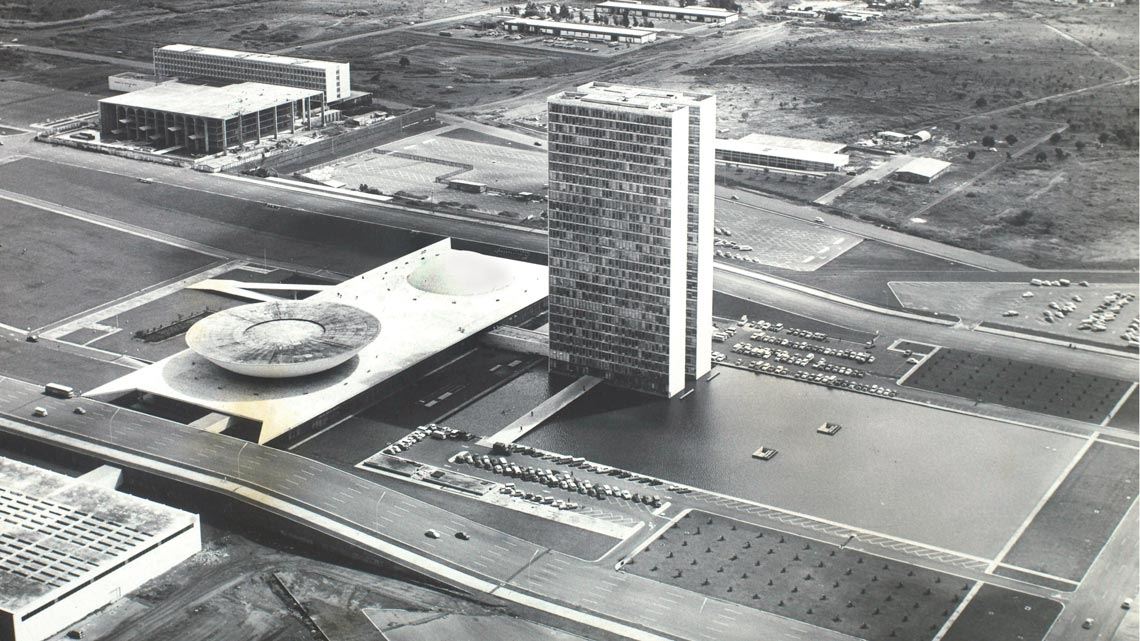 From 1910 to 1913, as a student at Ginásio Pernambucano High School, Cardozo helped found the newspaper O Arrabalde (The Outskirts), in which he published his first short story, Astronomia alegre. He was a cartoonist at the newspaper Diário de Pernambuco and, in the 1920s, was director of the intellectual culture magazine Revista do Norte, in which he published his first poems. In Rio, he socialized with Manuel Bandeira (1886–1968) and Carlos Drummond de Andrade (1902–1987). “He was not concerned with organizing his poems in books. He only published under pressure from his writer friends,” comments Correia. Cardozo released his first book, Poemas, in 1947, at the age of 50. His second, Signo estrelado (Star Sign), came out in 1960, with his portrait drawn in ink by Emiliano Di Cavalcanti (1897–1976).

His literary production increased after his retirement, which was marked by tragedy. On February 4, 1971, construction at the Gameleira Exhibition Pavilion, in Belo Horizonte, collapsed and close to 70 workers. Under legal prosecution, he proved that there had been no miscalculation and that the cause of the accident had been carelessness during the removal of structural shoring.

Cardozo published seven works of poetry and six plays. “The period between 1970 and 1975 was his most productive, with works that deal with both erudite and popular themes, such as bumba-meu-boi [a traditional folklore festival play],” says Correia, who was also one of the organizers of a special edition of Gláuks magazine in February 2020 celebrating Cardozo’s literary work.