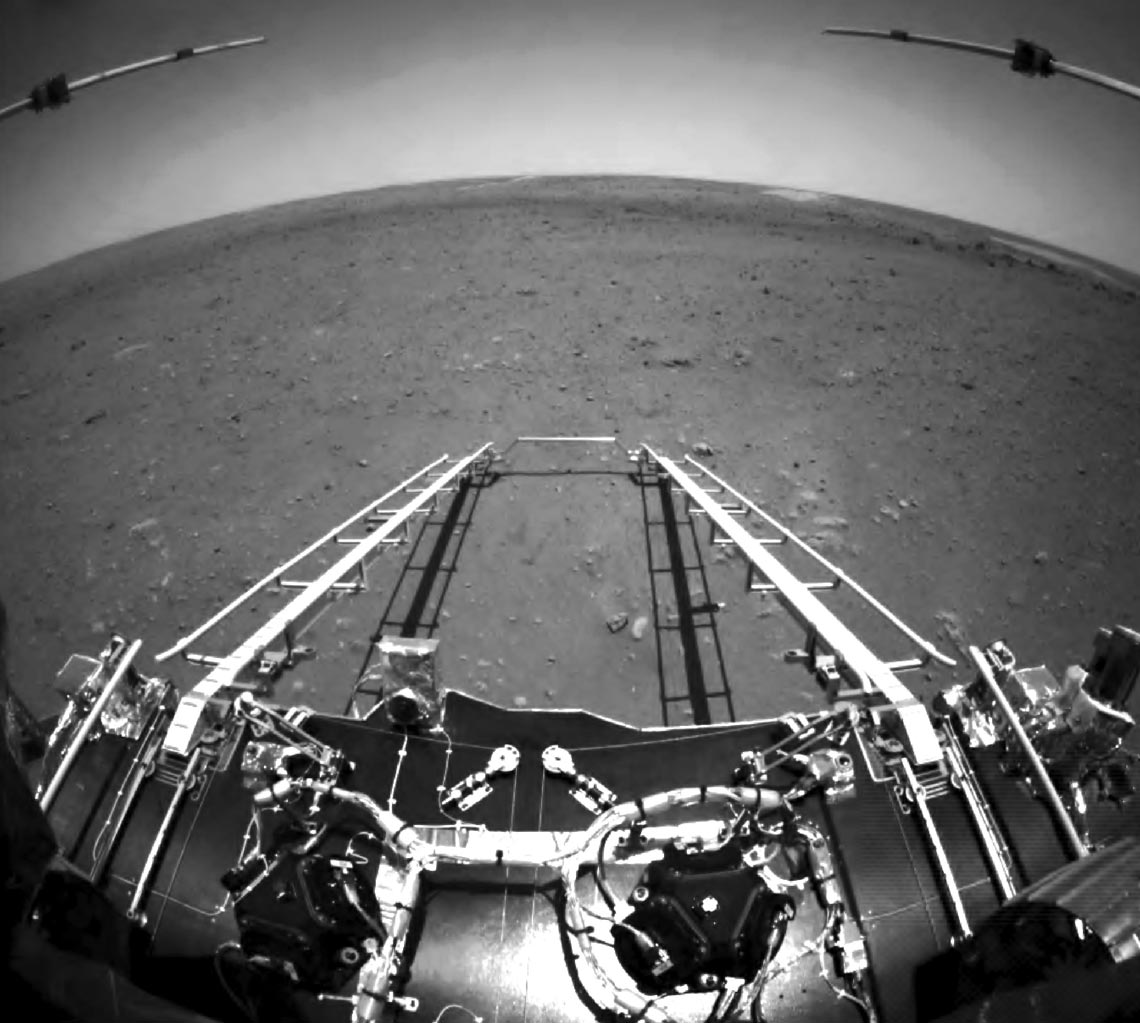 CNSAWithout a fanfare, China’s National Space Administration successfully landed its first rover on Mars. Named Zhurong, the 240-kilogram robotic vehicle landed in Utopia Planitia, a region in the planet’s northern hemisphere thought to have been a sea or lake in the past, on May 15. The rover, named after the Chinese god of fire, is part of the unmanned Tianwen-1 mission that launched in July 2020. The probe carrying the device has been in orbit around Mars since February. Chinese scientists hope the robot, powered by solar energy and equipped with six scientific instruments, will operate for at least 90 days. The aim is to analyze the planet’s rocks and soil for traces of ancestral life. The Chinese vehicle landed 86 days after the US’s Perseverance rover (see Pesquisa FAPESP issue nº 303). China is only the second nation in the world to operate a robot on the planet.