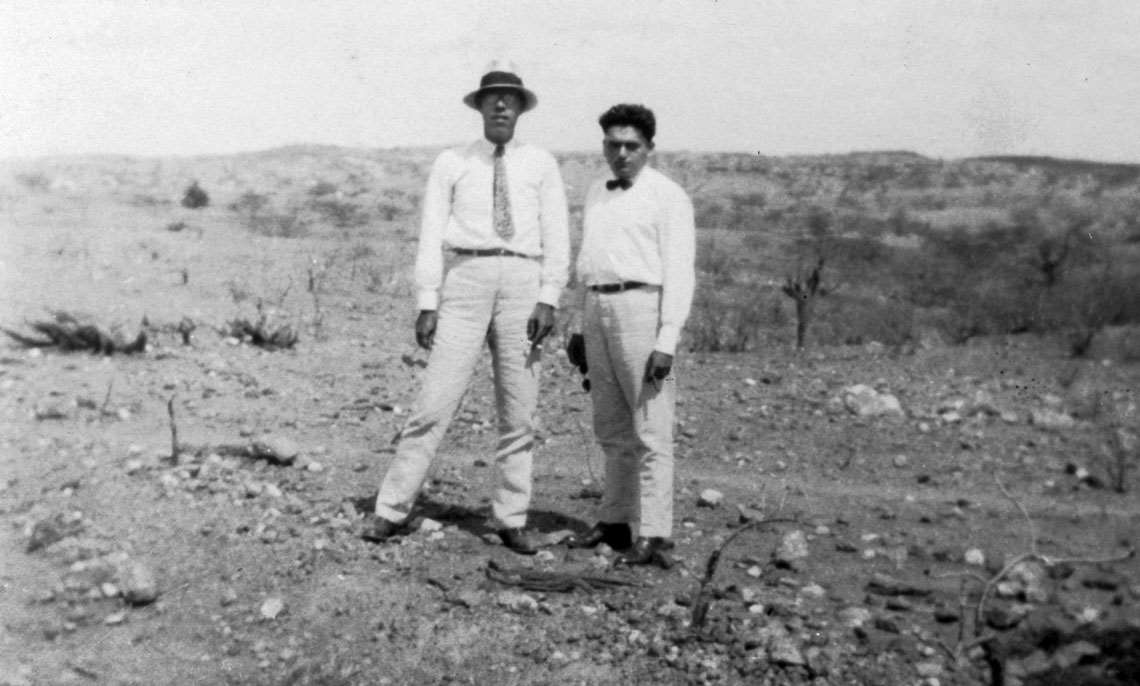 One line of recent research on the Week of Modern Art is based on new literary and aesthetic analyses of modernist works and reinterpretations of the biographies of the principal authors involved with the event, while another trend involves reflections anchored in historical and social science issues. Studies in this second category draw attention to the fact that modernism has assimilated indigenous languages and African elements in its works, but without incorporating blacks and indigenous people as subjects of artistic production.

“The concept of the 1922 Week of Modern Art as the starting point of modernism is an idea that’s not supported today,” observes art historian Ana Magalhães, director of the Museum of Contemporary Art (MAC) at USP. To support her argument, she points to the occurrence of multiple modernisms spread across Brazil, which manifested themselves through magazines, literary groups, and artistic events. In her view, the decentralization of academic research produced by the expansion of the federal university system has fostered, in addition to discoveries, the development of a plurality of visions regarding the phenomenon. In 2021 MAC-USP, in partnership with Instituto Moreira Salles (IMS) and the Pinacoteca art museum, organized a lecture series titled 1922: Modernisms in Debate. For 2022, it plans a program of activities called Clareira (A clearing), aimed at examining the transdisciplinary character of the Week of Modern Art, with performances by dancers, art interventions, literary activities, and other events.

Historian Aldrin Moura de Figueiredo, from the Federal University of Pará (UFPA), has been studying Brazilian modernity in the Amazon for 20 years, and notes that significant works of modernism were published after authors such as Mário de Andrade, Ronald de Carvalho (1893–1935) of Rio and Raul Bopp (1898–1984) from Rio Grande do Sul visited the Amazon region. Regarding the São Paulo writers, Figueiredo believes they saw the Amazon as a “storehouse of legends, myths, and beliefs”. “The Amazon provided raw material, but not actual poetic works and artists because the region was conceived of as a land on the margins of history, an uncivilized territory that needed to be explored,” he argues. For Figueiredo, there are several intellectuals who succeeded and, to some extent, inherited the modernist ideals, portraying these conceptions in their works. He points to the examples of French sociologists Roger Bastide (1898–1974), with his book Brasil, terra de contrasts, published in 1959, and Jacques Lambert (1901–1991) and Os dois Brasis (The two Brazils), from 1967. “These works are permeated with the vision that the country has certain places under advanced development and others that are archaic.”

In his opinion, this perspective ended up obscuring the history of modernisms that didn’t arise in São Paulo. As a result, artists such as Theodoro José da Silva Braga (1872–1953), from Belém, Pará, remained forgotten for decades. “Braga was one of the creators of the Neo-Marajoara movement, which worked in dialogue with indigenous art, but not with the aesthetics of the European avant-garde. Due to the reinterpretations of the modernist movement in Brazil that have been done in recent years, his work came to be seen as modernist and is currently undergoing a reevaluation,” he observes. Another artist from Belem, Ismael Nery (1900–1934) illustrates the importance of the Amazonian context in the development of modernism, in Figueiredo’s view. “In his autobiography, Nery states that he retained an olfactory memory of the Amazon that permanently affected his artistic thinking,” he notes. The historian also points to the career of engraver Oswaldo Goeldi (1895–1961), a central figure in the artistic milieu of his time, who hasn’t received the recognition granted to Tarsila do Amaral, who was from São Paulo, and Di Cavalcanti, from Rio de Janeiro. 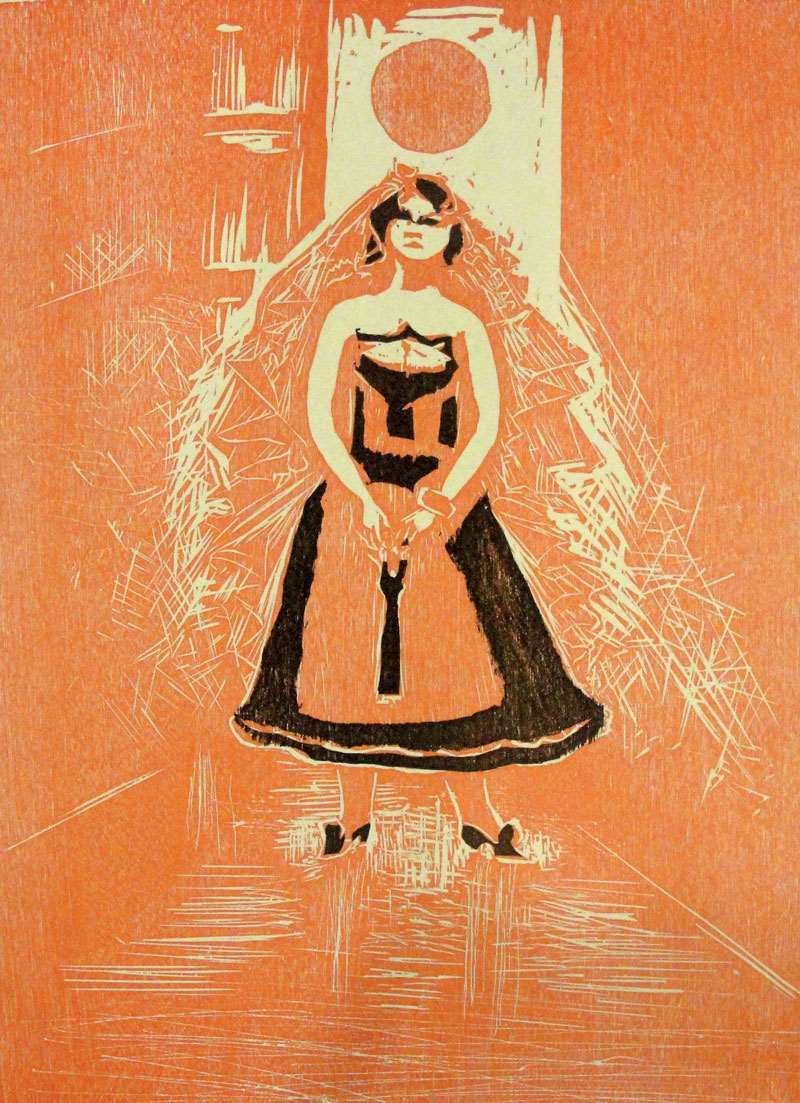 The Bride, woodcut by Oswaldo Goeldi carved as a cover image for the book Cobra Norato, by Raul BoppImage licensed by the artist, Oswaldo Goeldi by Projeto Goeldi – www.oswaldogoeldi.org.br

In research conducted in press archives in the Natal region, literary researcher Humberto Hermenegildo de Araújo of the Federal University of Rio Grande do Norte (UFRN) found that the first news regarding the Week of Modern Art wasn’t published in the state until 1924. It arrived via an article by the lawyer, historian, ethnographer, and folklorist Câmara Cascudo (1898–1986), printed in the newspaper A Imprensa. Araújo believes Cascudo was one of the key agents for dialogue between Northeastern and São Paulo intellectuals. “In 1928, Mário de Andrade spent a month in Natal, hosted by Cascudo. He traveled to every region of Rio Grande do Norte, where he was introduced to Catimbó worship sites and coconut gatherers,” he says. He adds that Cascudo submitted poems he’d written for Andrade’s evaluation. They received negative comments. Cascudo later sent a letter to Andrade, saying that he had given up on being a poet and that he would throw the manuscripts into the “hell of his library.” “These poems are stored in the IEB archive and have been recovered in a doctoral thesis by Dácio Tavares de Freitas Galvão, written under my guidance,” comments Araújo.

The researcher also cites the literary gatherings organized at Café Majestic, a space located in Natal, owned by the poet Jorge Fernandes (1887–1953), which gained fame during the 1920s by hosting artists and intellectuals from all over the country. “On one occasion, Manuel Bandeira participated in an event at the café, drank cachaça with cashew, climbed up on a footstool and recited a poem. Café Majestic was a manifestation of the modernist desire to break with the academic environment and exalt popular culture,” he says. Araújo also recounts that, in 1927, Fernandes published Livro de poemas de Jorge Fernandes (A book of poems by Jorge Fernandes), printed in a notebook format, probably inspired by the title of Oswald de Andrade’s Primeiro caderno do aluno de poesia (The poetry student’s first notebook) released the same year. “There’s a copy of Fernandes’ work at the IEB with a dedication reading ‘To my great [friend] Mário, my totally wrong book.’” Notwithstanding the dialogue between the Northeast and São Paulo in the 1920s and 1930s, Araújo found evidence in Rio Grande do Norte of historical events and initiatives that preceded the Week of Modern Art. Futurism, a vanguard movement that sought to break with prior aesthetics, valuing nationalism and industrial progress, was reported on in Natal concomitantly with its appearance in Italy.

Araujo notes that a research gap remains, in the need to understand Cascudo’s involvement with the Ação Integralista Brasileira (Brazilian Integralist Action), an ultranationalist, conservative political movement that developed in Brazil beginning in the 1930s. Several texts by Cascudo were published on the subject in the newspaper A Ofensiva, which circulated between 1934 and 1938 in Rio de Janeiro.