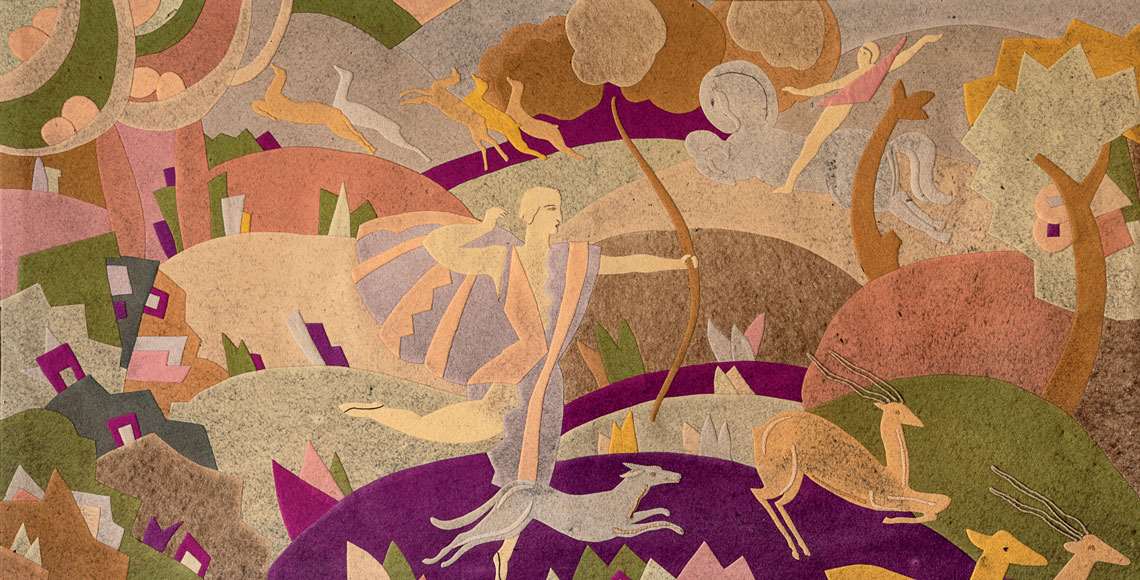 As a result of the historiographical transformation driven by feminist theories that emerged in the 1970s, recent studies have sought to deepen our understanding of the role of women in the literary and artistic context of the Week of Modern Art. Researching the subject since 2005, sociologist Ana Paula Cavalcanti Simioni, of the Institute of Brazilian Studies at the University of São Paulo (IEB-USP), developed her qualifying thesis for professorship around the analysis of the careers and artistic production of painters Tarsila do Amaral (1886–1973) and Anita Malfatti (1889–1964), and the textile artist Regina Gomide Graz (1897–1973). The results come together in her book Mulheres modernistas: Estratégias de consagração na arte brasileira [Modernist Women: Strategies for respect and recognition in Brazilian Art], which will be published in early 2022 by EDUSP, with support from FAPESP.

In the book, Simioni reconstructs Graz’s biography, focusing on the dialogue her work established with the European avant-garde that she encountered during her education in Geneva, Switzerland, and expanded on during a visit to the International Exhibition of Modern Decorative and Industrial Arts, held in Paris in 1925. “She and her husband, John Graz [1891–1980], were responsible for bringing the modernist renewal of decor to Brazil. Understanding the place of textiles in modernist design and the way in which they are crossed by historical processes of gender inequality is something relatively new in the field of art history,” Simioni says. 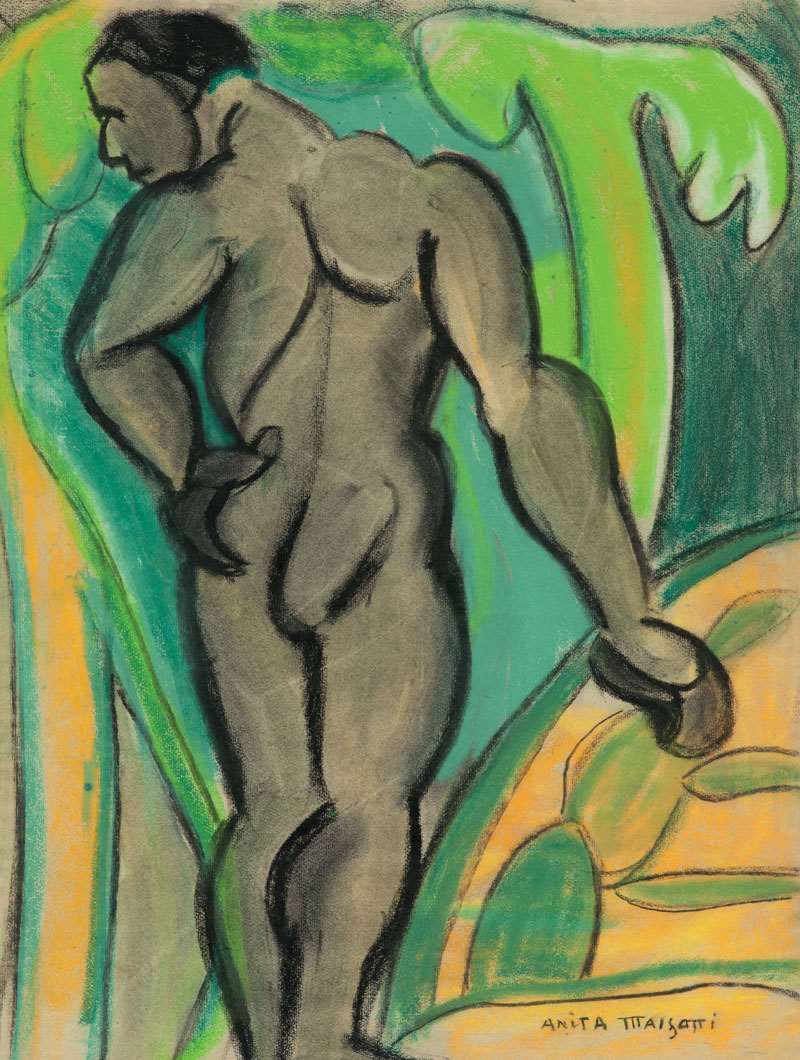 She adds that in the case of the two other artists, the challenge was to understand how they managed to gain recognition during their lifetimes. “This is an unusual feat in the history of art, especially modern art, in which men are generally considered ‘school headmasters,’” she says. “Malfatti and Amaral’s cases challenge that. Here we have women artists at the center of the modernist renewal scene, being recognized in their own time,” she adds. In the book, the researcher shows that this recognition nonetheless fluctuated. “During the Vargas period, they were marginalized. This is evident in the fact that the Museum of Modern Art in New York didn’t even consider acquiring their works for the collection of modern art from Latin American they were building,” she notes. “I maintain that Tarsila was elevated to the status of muse and Anita to that of victim, two archetypal polarities of the traditional discourses on femininity, which is completed by Graz’s third position, seen as the collaborating wife,” she says. Pointing out research gaps, Simioni indicates important artists of the first half of the 20th century that are still under-researched, such as Helena Pereira da Silva Ohashi (1895–1966), Edith Behring (1916–1996), Adriana Janacopulus (1897–1978), Regina Veiga (1890–1968), and Lucy Citti Ferreira (1911–2008).

Dedicated to the literary aspects of the issue, historian Maria de Lourdes Eleutério, of Fundação Armando Álvares Penteado (FAAP), has been studying Brazilian women writers for over 20 years. During a more recent stage of her research, she sought to understand the historical and sociological context from which the Week of Modern Art emerged, which, according to her perspective, was “marked by an idea of the triumph of modernity,” in an intellectual environment distinctive for its conservative stance in relation to women. “For example, Lucília Guimarães Villa-Lobos [1886–1966], wife of the composer, while attending the National Institute of Music in Rio de Janeiro was always accompanied by a chaperone,” she comments. 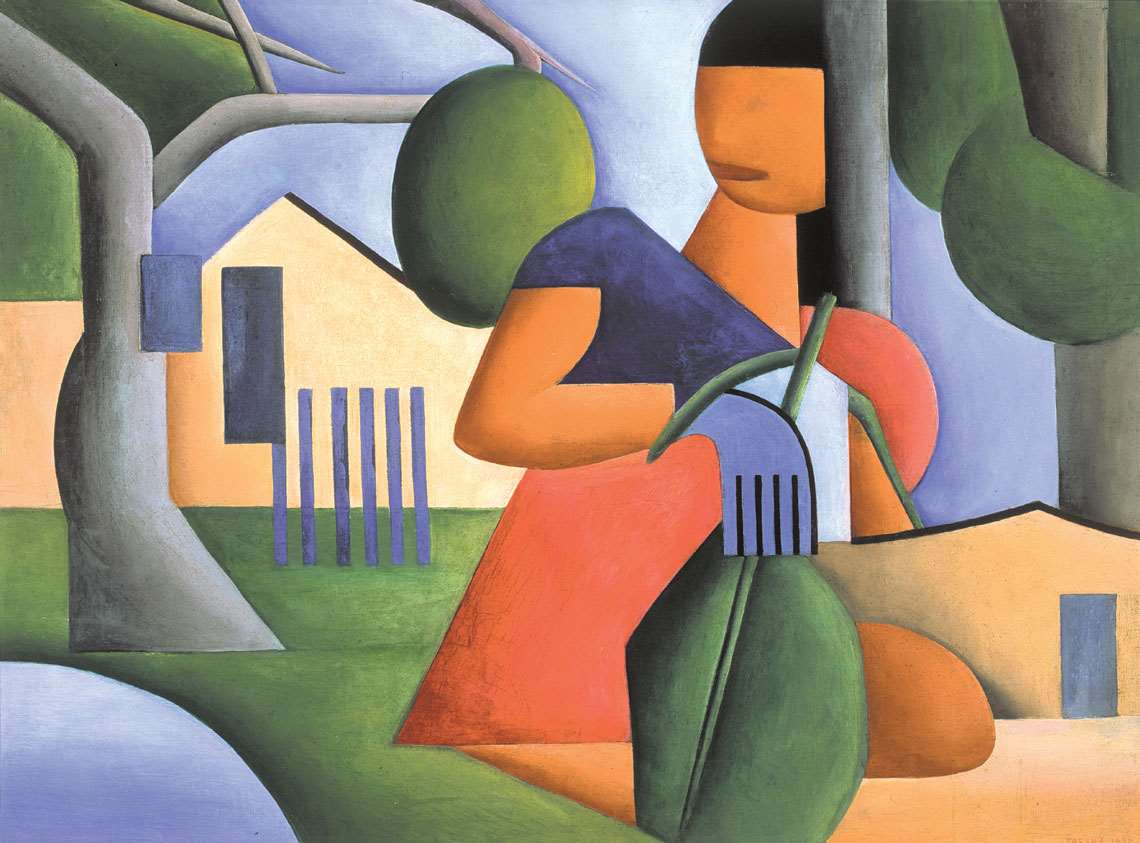 Eleutério observes that writers such as Maria Lacerda de Moura (1887–1945) and Maria Cecília Bandeira de Melo (1870–1948)—who used the pseudonym Chrysanthème—challenged this conservative context, writing and publishing on a wide range of topics such as the right to vote, divorce, and female autonomy, but have been forgotten in the literary historiography. The results of her study on the role of women writers in the historical context of the Week of Modern Art is scheduled to be published in the form of an essay during the first half of 2022, as part of a book being released by Companhia das Letras.