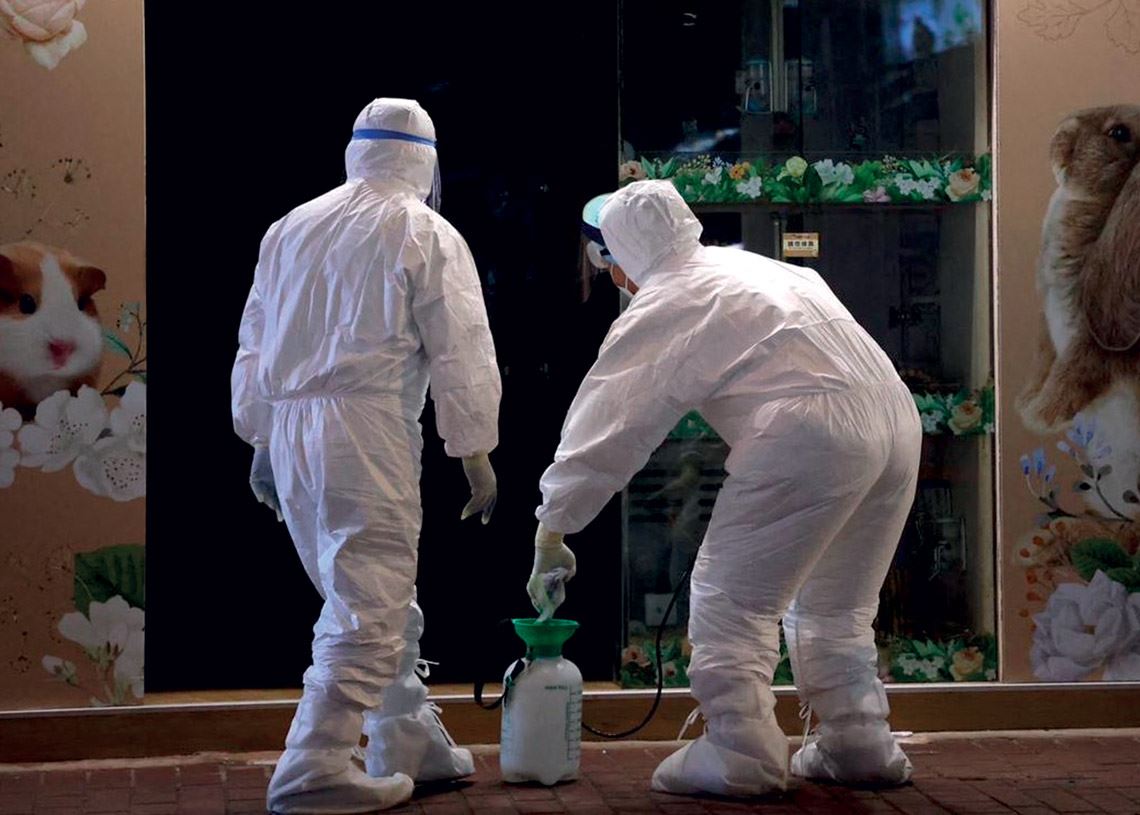 Health inspection at the Little Boss pet shop in Hong Kong, where hamsters infected employees and customers with SARS-CoV-2

Although still rare, an event related to the pandemic that was initially almost unheard of has become a cause for concern: the transmission of SARS-CoV-2 to animals—whether pets or wild animals—which then infect humans, potentially with a modified version of the pathogen. Some researchers suspect this may have been the origin of the Omicron variant, which is more transmissible, has about 50 genetic mutations compared to the original strain, and is currently the dominant form of the novel coronavirus. Transmission of the pathogen from one species to another and then back to the initial species, a process known as spillback, has been documented involving at least two animals to date.

Last year, mink breeders in the Netherlands caught the virus from the mammals, of the Mustela genus, whose skin is used to make fur coats. As well as retransmitting the infectious agent to humans, the minks even showed clinical symptoms of COVID-19, with some dying from the disease. A COVID-19 outbreak in Hong Kong that affected 50 people in January this year was attributed to hamsters sold by a pet shop. Customers of the store and a vaccinated employee were infected with the rodent-derived delta variant of the coronavirus. In both cases, local health authorities chose to cull the animals—millions of mink in the Netherlands and just over 2,000 hamsters in China were euthanized. Hong Kong is currently recording thousands of COVID-19 cases every day, but they are caused by human-to-human transmission of the Omicron variant.

Read more:
– Another step towards a universal vaccine
– Maximum velocity

Despite the evidence of spillback from mink and hamsters, when humans transmit SARS-CoV-2 to other species, the animals rarely infect humans back with the pathogen. The COVID-19 virus has already been identified in roughly 30 animals, including tigers, hyenas, and gorillas. In more than 15 US states, the coronavirus has been detected in populations of white-tailed deer (Odocoileus virginianus). In some places, 40% to 60% of animals of this species tested were positive for the coronavirus. But no case of retransmission from deer to humans has yet been confirmed. “It has already been shown that dogs and cats are terminal hosts for the coronavirus when infected from humans, meaning they do not transmit it,” says Paulo Brandão, a virologist from the School of Veterinary Medicine and Animal Science (FMVZ) at the University of São Paulo (USP). “You don’t need to be afraid of catching COVID-19 from these animals.”

According to Brandão, transmission of the coronavirus from mink to farmers is the most consistently documented case of SARS-CoV-2 spillback. “After mutating in the mink, the coronavirus infected humans again,” says the USP virologist. Infecting and establishing itself in a new host is no easy task for the coronavirus. It needs to penetrate the animal’s cells and evade the body’s immune system. “The ecology of a species also affects its ability to transmit the disease.” 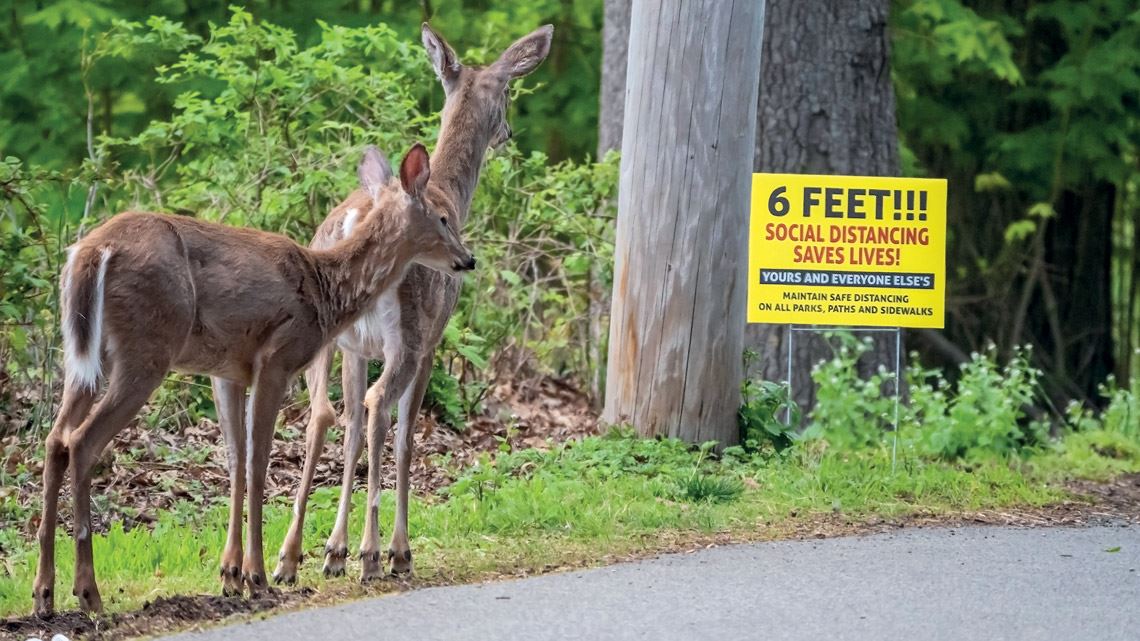 White-tailed deer in the USA have been infected by humans, but there is no record of them having transmitted the coronavirus back to peopleMoelyn Photos / Getty Images

Even so, the researchers warn that prolongation of the pandemic and an increased number of COVID-19 cases worldwide raise the risk of spillback events occurring. “The possibility of a new transmission event is very real and will largely depend on the opportunities and levels of interaction between people and potential new coronavirus reservoirs,” explains Brazilian virologist Luiz Góes, who is currently on a postdoctoral fellowship at Charité University of Medicine in Berlin, Germany.

The spillback process of the novel coronavirus is yet to be properly documented and the real scale of the phenomenon is unknown. “Very few of these events have been described, probably because it is so difficult to identify this type of case,” says Góes. “These events likely occur on a larger scale than we have identified so far. But their epidemiological importance is still difficult to determine, given the total lack of control in recording new SARS-CoV-2 infections in the human population, which was exacerbated further by the arrival of the Omicron variant.”

One mystery that remains unsolved since the first cases of COVID-19 emerged in humans in the Chinese city of Wuhan two years ago is the origin of SARS-CoV-2. Although studies have been carried out and a group of experts visited Wuhan at the request of the World Health Organization (WHO), we do not yet know which (probably wild) animal was the original host that first infected humans with the novel coronavirus. Bats are considered the prime suspects.