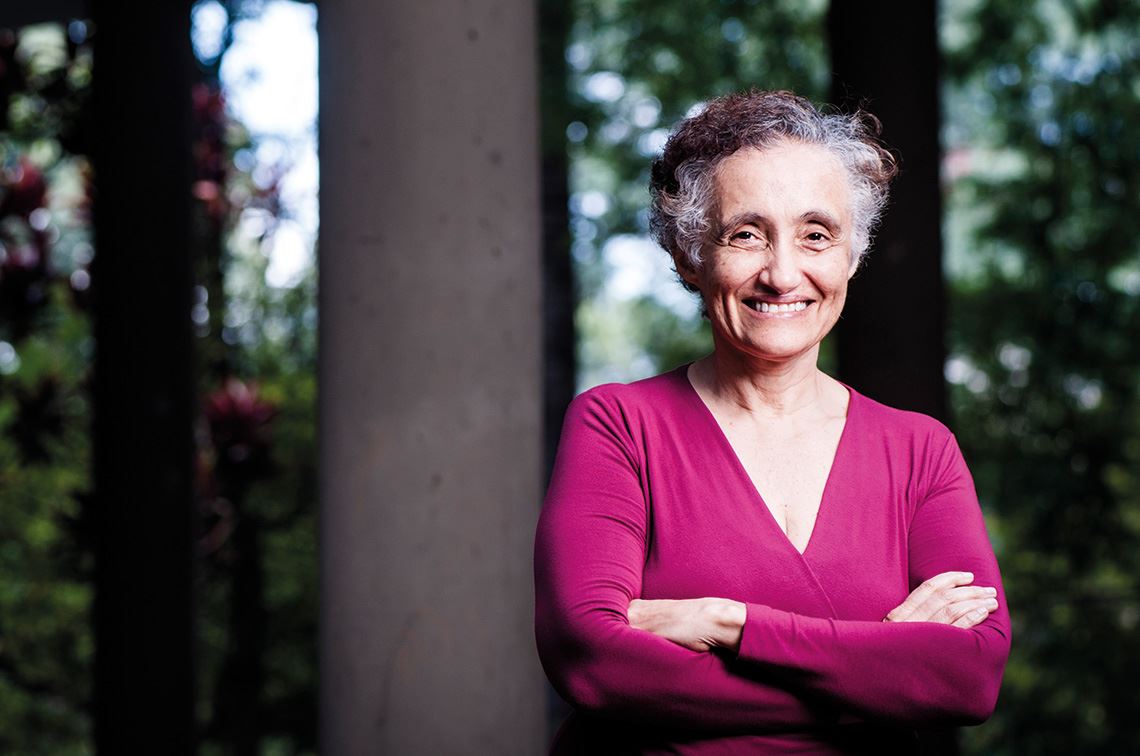 When the most recent coronavirus, discovered in China, hit Brazil in February, a team of researchers was ready for it. Due to their research on the dengue virus, they had mastered a rapid genetic mapping technique and wasted no time immersing themselves in the sequencing of virus samples, taken from the first patients in the city of São Paulo. Leading this group is physician Ester Sabino (60), from São Paulo, a researcher at the Institute of Tropical Medicine at the University of São Paulo School of Medicine (IMT-FM-USP) and coordinator of the Brazil-UK Centre for Arbovirus Discovery, Diagnosis, Genomics and Epidemiology (CADDE), funded by both FAPESP and the United Kingdom’s Medical Research Council.

This is not her first time doing this type of work. In the early 1990s, Sabino was part of the team that sequenced the HIV strains found in Brazil, at the Adolfo Lutz Institute (IAL) and at Fundação Pró-Sangue. Over the next several years, she put together teams that would develop research on blood transfusion and tropical diseases and study 2,000 patients with Chagas disease and 3,000 with sickle cell anemia, which she has been doing since 2006.

The genetic sequencing of the coronavirus in just two days brought sudden fame to the 27 researchers in this group—of whom 17 are women and 14 are FAPESP fellowship beneficiaries. But it did not alleviate Sabino’s concerns about the spread of the epidemic in Brazil, as she shared in this March 6th interview.

How do you think the new coronavirus epidemic will unfold in Brazil?
Because this virus spreads extremely fast and is difficult to contain, we should see a similar scenario here as that of Italy and the United Kingdom. It is impossible to estimate the number of cases, but we still have a month or two before the epidemic worsens. We expect it to reach its peak in late April and early May, which is when we see the peak of respiratory illness in Brazil. I hope it does not also coincide with an increase in dengue fever cases—that would be pandemonium. We are in the middle of a major dengue fever epidemic. It is hard to know when to implement more drastic measures, and even harder when dealing with a new virus that we do not know much about. Hospitals are one major concern.

Why is that?
Because they can become spreading hubs for the virus. In Wuhan, China, many of the infected went to hospitals and spread the virus to others. This is why it is important to avoid going to the hospital unnecessarily. There is no health system in the world that can handle a large number of patients at once. Many died in China because there were not enough doctors or respirators to support everyone at the same time. Most people have flu-like symptoms that go away in a few days. We must reserve the hospitals for only the most serious cases.

How did you sequence the genome of the coronavirus from the first two recorded cases in Brazil in just two days?
We were able to do it mainly thanks to how the work was organized. The technology for rapid genetic sequencing has been available since the 2013 Ebola epidemic in Africa. During the 2016 Zika virus epidemic, we learned how to use it from Nick Loman of the University of Birmingham, UK. Since we needed good virus samples, Ingra Morales Claro—who had just graduated at the time and is currently a PhD student of mine—traveled to Ribeirão Preto to retrieve 100 samples from patients suspected of having Zika, 16 of whom tested positive. The epidemic was, at that point, coming to an end. Nick brought the reagents and the portable sequencer—called MinIon—to check if the primers he had prepared would work with our samples. Later, Nick and Luiz Alcântara, from FIOCRUZ [Oswaldo Cruz Foundation] Bahia, traveled with their teams through the Northeast to check whether this technique could be used in the field. It worked. We can not only detect viruses we already know, but also identify unknown agents by using a technique called metagenomics. We have been training people to use this technique since 2016. Ingra spent six months in Birmingham, and we taught many courses. For the coronavirus, we adapted the primers in order to decrease the cost from US$500 [R$2,200] to US$20 [R$89].

How did you manage to do that?
By processing more samples at once. We used to do just one sample; we can now do 20 at a time. We were able to reduce the duration of each analysis and use flow cells—disposable chips—more often. By late 2019, we started working with the IAL in the sequencing of the dengue virus using this technique. When the coronavirus was discovered in China, Nick made the primers and sent them to China and to us as well. Part of the role of universities is to develop technology for health agencies, who get things moving—especially in times of crisis.

What was the role of the IAL?
The IAL did everything. We just helped, and we will continue to help if necessary. It was Claudio Sacchi’s team at the IAL who sequenced the two coronaviruses and will likely sequence the next ones. All we did was bring a laptop because the program ran more smoothly on it. On the Wednesday right after Carnaval, Claudio received the virus sample from the first patient and called Jaqueline Goes de Jesus, who is a postdoctoral student in my laboratory, and they began working on it. Each MinIon run takes 24 hours. The first run was no good, perhaps due to some primer dilution issue, so they did another one. The second run worked. On the same day, we sent the sequencing data to a public repository, the GISAID [Global Initiative on Sharing All Influenza Data], following the recommendation of the World Health Organization, to make scientific results public. Nuno Farias, from Oxford, did comparative analyses with other coronavirus genomes.

What was your role?
I followed their work. Once it was ready, instead of thinking about writing a scientific paper right away, Nuno and I wrote a summary for the website Virology.org. Two days later, with the second virus, Claudio and Jaqueline wanted to get it done in 24 hours, and they did. It was Saturday, February 29th, and they left the place at 3:00 a.m. From my own team, the ones most involved were Jaqueline and Ingra, who has also received a FAPESP scholarship. Jaqueline used the MinIon, which Ingra had improved and currently uses for metagenomics, but all postdoctoral, PhD, master’s, and technical training fellows are contributing. I always tell them not to focus exclusively on their own projects, but to take any opportunities to learn more.

How could the genetic sequencing data of the virus be useful?
Through the genetic sequences, we were able to find similarities among the viruses identified in each of the over 100 countries where it has been found. This information is particularly useful in the early stages, helping direct health actions, identifying where outbreaks began, and taking precautionary measures, such as isolating public spaces. But we will only be able to do this if we can detect cases quickly.

What else has CADDE been doing?
The maps of dengue fever cases in the state of São Paulo are nearly ready. We are almost done analyzing 1,000 genomes of yellow fever virus and collecting mosquitoes in the Serra da Mantiqueira, with the IAL, and in the forests of Vale do Ribeira, with the [USP] School of Public Health, to check whether the virus continues to exist, as in the Amazon, or if it has already disappeared. It may continue to exist if it finds another host that does not die from the virus.