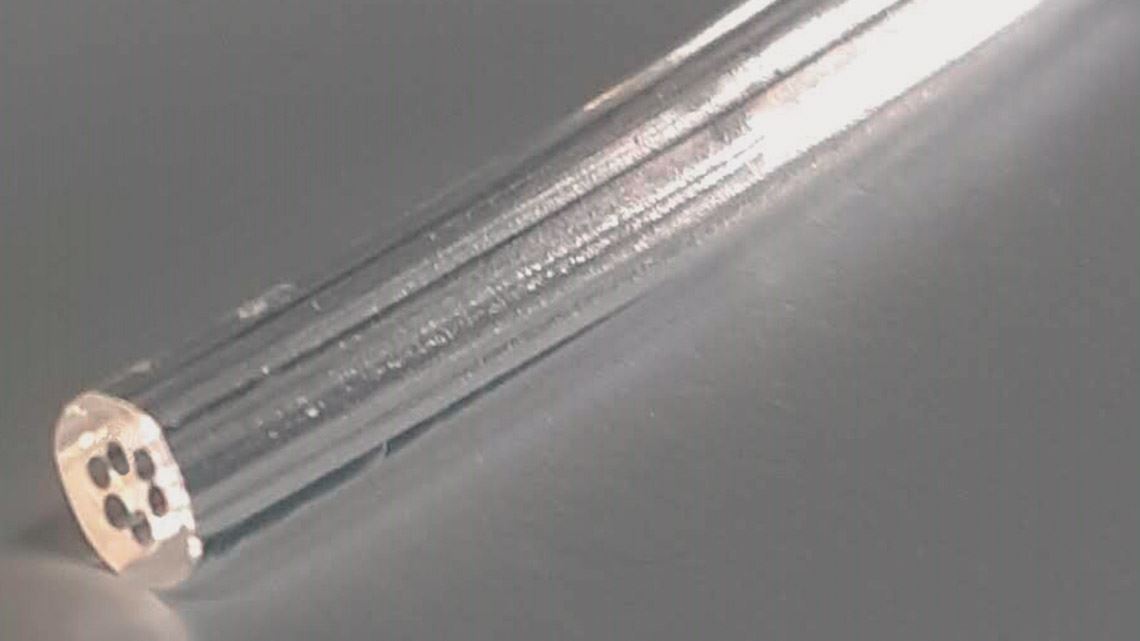 Researchers from the University of Campinas (UNICAMP) in Brazil and Gunma University in Japan used agar, a type of gelatin extracted from algae, to develop a biodegradable and biocompatible optical fiber. Because it is nontoxic and causes no damage to human tissue, it can be absorbed by the body after internal use. The structure is formed of a transparent cylinder, 2.5 millimeters (mm) in diameter. Internally, there are six cylindrical holes with a diameter of 0.5 mm each. The structure could have various applications in medicine, including to record images of organs, to conduct the light used in phototherapy, or to activate genetic circuits inside neurons in optogenetics experiments (Scientific Reports, April 27). Another use suggested by the developers is the targeted delivery of drugs.