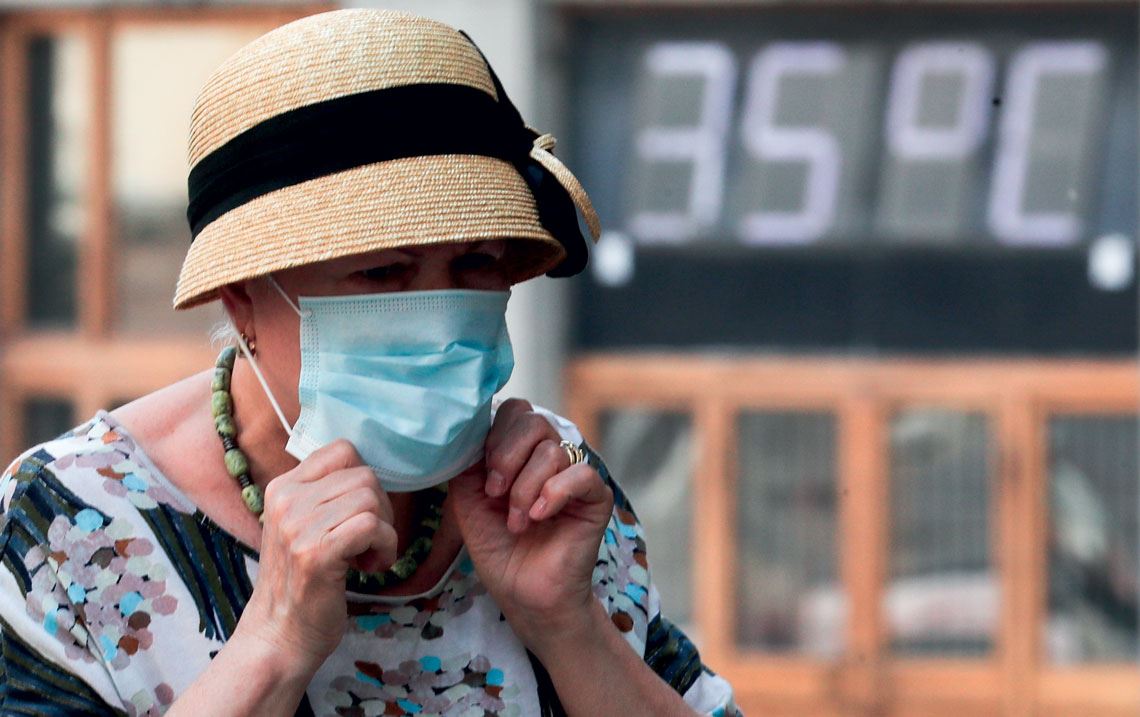 More than 200 scientific journals in the field of medicine, including The Lancet, The New England Journal of Medicine, and PLOS Medicine, simultaneously published an editorial on September 6 highlighting the health risks of continued global warming and the progressive loss of biodiversity. “The greatest threat to global public health is the continued failure of world leaders to keep the global temperature rise below 1.5 °C and to restore nature. Urgent, society-wide changes must be made and will lead to a fairer and healthier world. We, as editors of health journals, call for governments and other leaders to act, marking 2021 as the year that the world finally changes course,” wrote the 19 authors.

Carlos Augusto Monteiro, editor in chief of the Journal of Public Health, which also published the editorial, and an epidemiologist at the School of Public Health (FSP) of the University of São Paulo (USP), is one of the signatories of the statement. “Climate change and biodiversity loss will lead to more forced displacement of populations and will increase conflicts, food insecurity, and zoonotic diseases like COVID-19,” warns Monteiro. The editorial highlights that since 1981, global warming has contributed to a 1.8–5.6% decline in productivity of food crops. The text urges governments to unite, as they have done in the fight against the current pandemic, to slow down global warming and environmental destruction, stressing that high-income countries must increase their commitment, which is yet to be implemented, to invest at least US$100 billion a year into combating climate change.

In December 2015, nearly 200 countries signed the Paris Agreement, committing to efforts to reduce greenhouse gas emissions and thus limit global warming to 1.5 °C—or 2 °C at worst—above mid-nineteenth century pre-industrial levels. But according to data from the most recent report by the Intergovernmental Panel on Climate Change (IPCC), released last August, the 1.5 °C limit is likely to be surpassed within the next decade. According to the editorial, the health risks of a global temperature increase of more than 1.5 °C are clear and well known.

In the past 20 years, deaths related to heat waves among people aged over 65 have risen by more than 50%, the text points out. Higher temperatures have led to increased rates of dehydration, kidney function loss, skin cancer, tropical infections, mental health disorders, pregnancy complications, allergies, and deaths and illnesses related to heart and lung problems. “The harms disproportionately affect the most vulnerable, including children, older populations, ethnic minorities, poorer communities, and those with underlying health problems,” the researchers wrote in the editorial.