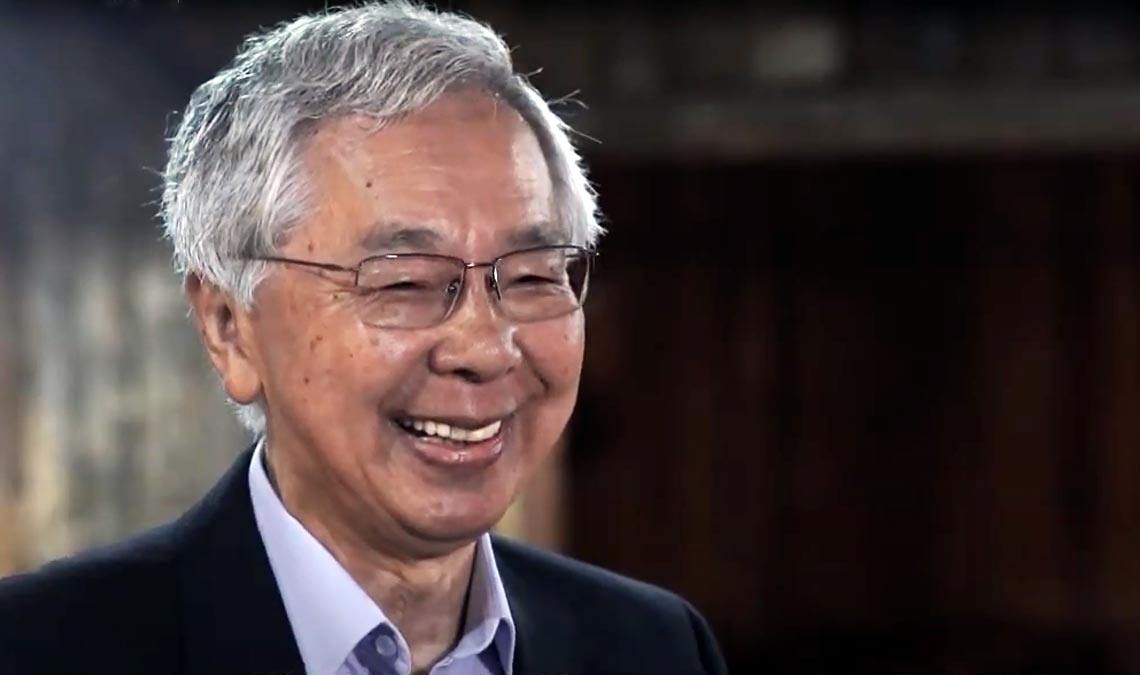 Shozo Motoyama in 2020, at the Historical Museum of Japanese Immigration in Brazil, in São Paulo

A pioneer in studies about the history of scientific and technological (S&T) policies in Brazil, with benchmark research in Japanese immigration, physicist and historian Shozo Motoyama died on January 26 at 81 years of age due to sudden illness. A retired professor from the School of Philosophy, Languages and Literature, and Human Sciences at the University of São Paulo (FFLCH-USP), he was the son of Japanese immigrants who settled in the interior of São Paulo State. He is survived by his widow Julia Mizuno Motoyama, two children, and three grandchildren.

With a degree in physics from USP, Motoyama began his professorship at the institution in 1971. In the following year, he defended his doctoral thesis, “Galileu Galilei – Um estudo sobre a lógica do desenvolvimento científico” (“Galileo Galilei – a study about the logic of scientific development”), under the direction of lawyer and historian Eurípedes Simões de Paula (1910–1977). “His PhD granted him an invitation to join the faculty of history at FFLCH,” says historian Gildo Magalhães, director at the Interunit Center of Science History (CHC) at the institution. “In his following career, Motoyama began as the pioneer advisor to the postgraduate program in science history,” he points out. In Japan, he developed postgraduate research at the Science and Engineering Research Institute at the University of Waseda and at the Cosmic Ray Observatory at the University of Tokyo, in 1975. Upon returning to Brazil in 1988, he established the CHC, which became a gathering place for professors from various facilities.

Motoyama wrote more than 30 books about the history of science and its methods. According to Magalhães, his bibliographic production increased when he began to work with ecologist Mário Guimarães Ferri (1918–1985) on the three-volume publication História das ciências no Brasil (History of the sciences in Brazil) (University Education Publishing, 1979–1981). He also produced a series of books about institutions, including 50 anos do CNPq (50 years of CNPq) (FAPESP, 2002).

Engineer and physicist Carlos Henrique de Brito Cruz, scientific director of FAPESP between 2005 and 2020, considers Motoyama one of the key benchmarks in the history of science and its methods in Brazil. “Along with physicist Amélia Hamburguer [1932–2011] and historian Marilda Nagamine, he led a project about the history of FAPESP that helped me a lot—and still helps me—to understand the debates that contributed to the creation of the Foundation. Every researcher in São Paulo should read his work. He will be sorely missed, as a researcher, mentor, and friend,” he comments, while mentioning the books FAPESP: Uma história de política científica e tecnológica (FAPESP: A history of scientific and technological policies) (1999), FAPESP 50 anos: Meio século de ciência (FAPESP at 50 years: A half century of science) (2015), as well as Para uma história da FAPESP: Marcos documentais (For a history of FAPESP: Documental milestones). “His education in physics enabled him to explain the evolution of science and technology in our country from a unique perspective,” comments civil engineer Vahan Agopyan, chancellor of USP.

Later, his studies of Japanese immigration resulted in two books. In 2011, he published volume I: Sob o signo do sol levante – Uma história da imigração japonesa no Brasil (1908–1941) (By the sign of the rising sun – A history of Japanese immigration in Brazil [1908–1041]); in 2016, volume II: Do conflito à integração – Uma história da imigração japonesa no Brasil (1941–2008) (From conflict to integration – A history of Japanese immigration in Brazil [1941–2008]). Spending time with the historian in his last years of life, Leiko Matsubara Morales, coordinator of the Postgraduate Program in Languages, Literature, and Japanese Culture at the Department of Oriental Languages (DLO) at FFLCH-USP, shares that, in his research, he brought to light the conflicts that the Japanese community faced in the process of integrating with Brazilian society, often being left out of original historical narratives about this process. Another fundamental collaboration involved studies and classes about the modernization of Japan between the end of the nineteenth century and the beginning of the twentieth. “Part of the uniqueness of the historian’s research is related to the fact that he worked with Japanese sources, as he was fluent in the language,” she concludes.