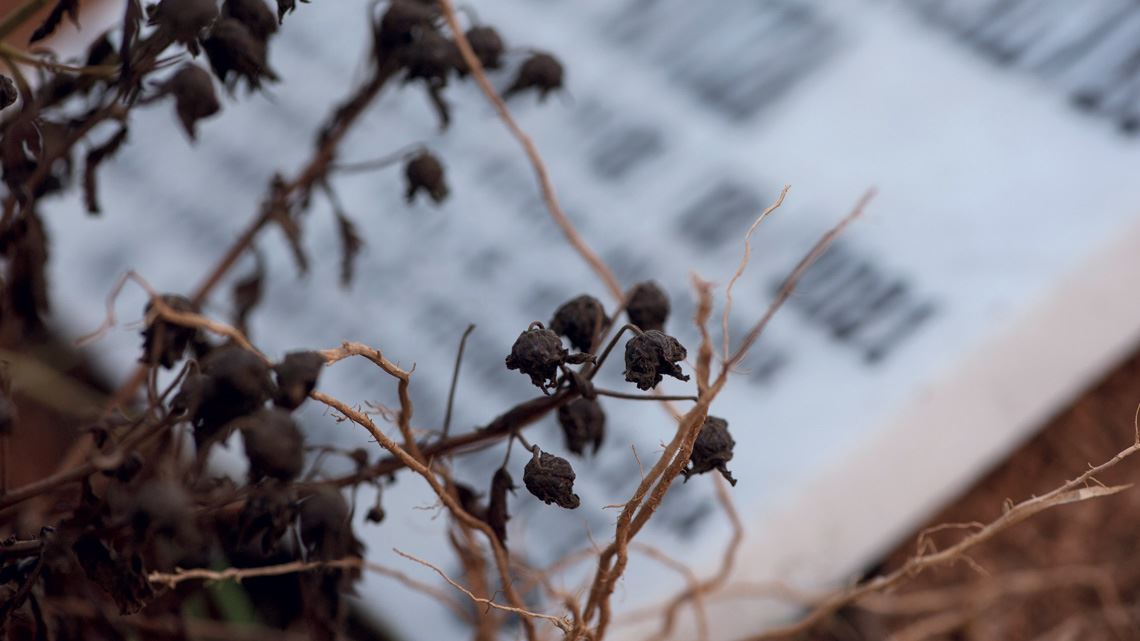 Detail of a tombstone at São Luiz cemetery, located in the southern region of the city of São Paulo

“We are facing so much uncertainty and feeling suffocated and trapped in an amalgam of information, feelings, anxieties, and hopes. We hope it all passes soon. We hope that we do not infect ourselves and our loved ones with the virus. We hope that everything will return to normal. We hope that our leaders can show solidarity with the population and act in our favor. We hope that people don’t starve to death without any financial aid.” So begins the essay Reflexões em um dia frio (Thoughts on a cold day), authored by Patricia Fabiana Crosara, from Ribeirão Preto, São Paulo. It can be found on the #MemóriasCovid19 platform, developed by the University of Campinas (UNICAMP). “It is an online archive whose aim is to collect, identify, process, and spread different views on the pandemic,” explains historian Ana Carolina de Moura Delfim Maciel, from the Multimedia Graduate Program at the institution—and the one behind the effort. “The idea is to put together a digital ‘archaeology’ of this experience beyond data and numbers, guided by individual emotions and perceptions.”

Launched last year, the bilingual (English and Portuguese) platform, developed as part of a thematic project funded by FAPESP, has received 294 stories so far—not only in the form of poetry or non-fiction, but also photographs, drawings, audio files, and videos from several Brazilian regions and from countries such as France, Ecuador, and Canada. Hand-selected by a team of nine curators from different fields of knowledge, such as anthropology, visual arts, and history, about 180 such works are available on the site. According to Maciel, the overall goal is to ensure that the accounts posted on the platform reflect a diversity of experiences and media. “Anyone can participate: there is no restriction of age, education, or profession,” says the historian. Nonetheless, she notes most participants tend to be women (55%) and students (41.6%). The platform, which is still accepting submissions, also embraces several different interests. “Some use the platform as a place to vent and share how they are dealing with the anguish of isolation, the pain of grief, or even abuse, since the rates of domestic violence have grown significantly during the pandemic. The stories can be submitted anonymously. Others use the platform to express political opinions or share artistic works,” says Maciel. 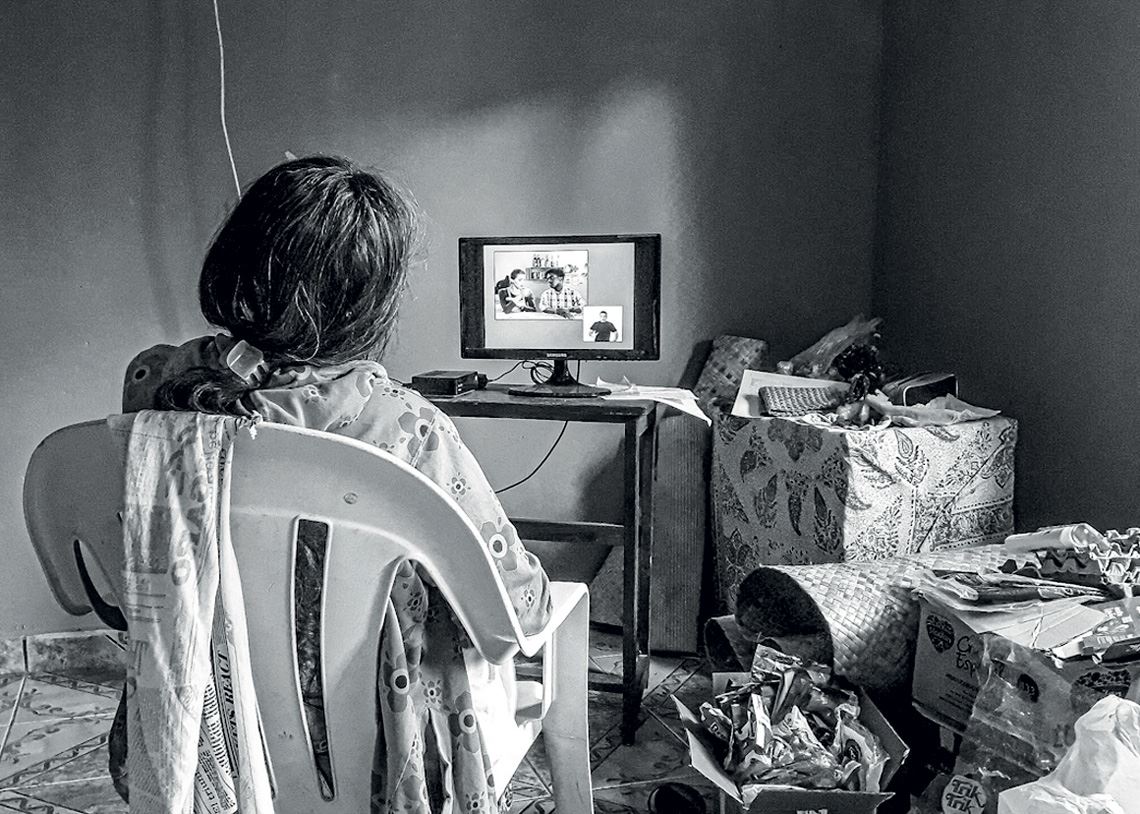 A photo by Guarabira Graça Dias, a resident of Natal (Rio Grande do Norte), is part of the personal project Solidão compartilhada (Shared loneliness) and can be found on the platform #MemóriasCovid19 platform

According to historian Katia Couto, from the Department of History at the Federal University of Amazonas (UFAM)and one of the curators of the platform, the contents of the site span several historical moments. “It serves to both connect individuals during the pandemic and to create a collective space of remembrance, which can contribute to future research,” she points out. Author Daniel Munduruku, who is also a curator of the platform, adds: “Although these are not official records, produced by the government, I believe they are much more powerful, as they record the feelings of ordinary people who are suffering the consequences of the pandemic in their daily lives. These records help remind us who we are, what we experience, and what we do in this world. They are being created in the present moment and give us the strength to overcome.”

According to a report released last August on the blog of the International Federation of Public History (IFPH), about 500 similar initiatives are being developed around the world, gathering personal accounts of the COVID-19 pandemic. Eight of them have been taking place in Brazil, such as the project Testemunhos do Isolamento (Lockdown Testimonies), developed by the General Archive of the City of Rio de Janeiro (AGCRJ) and inspired by international experiments, such as those of the Association of Public Historians of New York and the Barcelona City Archive. “These are records produced in real time during this traumatic global event,” notes Maciel, who is currently compiling a book including part of the accounts submitted to the #MemóriasCovid19 project. “Even though it may not be interactive like the digital platform, a book is a permanent record. We are already thinking about how to save this online content gathered in the platform, considering the rapid pace in which technology evolves.”

Historian Ricardo dos Santos Batista, from the Graduate History Program at Bahia State University (UNEB), believes the interconnected nature of the world impacts the role of contemporary historians. “Historians can no longer be intellectuals who take refuge in documentary archives, and COVID-19 has made this clear. The pandemic has brought the need to revisit stories about epidemics to illuminate the present and question fake news, as well as to understand our present story, which can be known through reports made by various media outlets, such as newspapers, websites, and social media,” according to Batista, author of an article on the subject published in the book Sobre a pandemia: Experiências, tempos e reflexões (On the pandemic: Experiences, times, and reflections) (Hucitec publishing house, 2021). This view, he says, exists alongside the concept of public history, which emerged in the United States in the 1970s: “Public history recognizes that historians are not the only ones to build and disseminate history. Individuals can learn history in their family relationships, in school, and through the media, for example.” 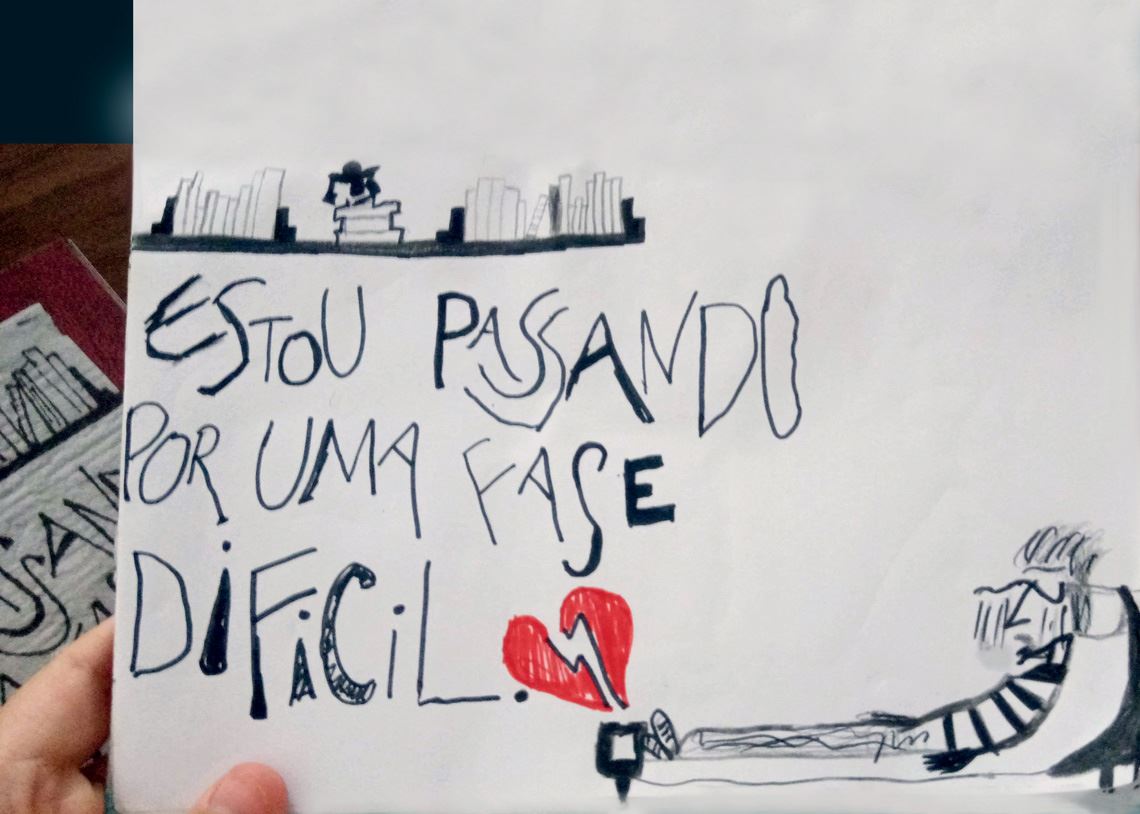 A drawing by Eduarda Prado, from Fortaleza (Ceará), submitted to the platform. The artist claims she was inspired by the novel Eu me chamo Antônio (My name is Antônio) by Pedro Gabriel (Intrínseca, 2013)#MemóriasCovid19 platform

Although the Internet has boosted the spread of real-time accounts, the need to record personal experiences during collective trauma, such as wars and health crises, is nothing new. “At the beginning of the last century, loss, fear and anxiety were generally shared in a restricted and private manner,” explains Batista. During his post-doctoral research at the University of São Paulo School of Preventive Medicine (USP), he is investigating the yellow fever outbreak in Bahia and the work of the laboratory established in Salvador by the Rockefeller Foundation in the 1920s. “During my research, I found diaries where the scientists recorded their daily challenges and conflicts,” shares Batista. “The volumes of personal records we have from that time is infinitely smaller in comparison to today’s fast-paced and information-heavy world. It remains to be seen how we historians will cope with this gigantic volume of accounts produced during the COVID-19 pandemic.”

For about a year now, psychoanalyst Paulo Cesar Endo, from the USP Institute of Psychology (IP), has been developing—alongside six other researchers—the “Inventory of dreams 2 – Pandemic dreams,” part of a research project funded by FAPESP. Since March 2020, the survey has gathered 1,200 reports of pandemic-related dreams, always in text form, which are to be published anonymously on the Museu da Pessoa (People’s Museum) website. “The idea is not to interpret these dreams, since, according to Freud, dreams are best interpreted by the dreamer,” explains Endo. “The goal of the archive is to gather creative ways of thinking about this challenging experience we are facing and show how dreams can broaden our perception of the present, as well as to create an unprecedented database accessible to anyone interested in studying the context of the pandemic. Dreams are like seismographs of the present, as defined by journalist Charlotte Beradt, author of the book The Third Reich of Dreams (published by Três Estrelas, 2017).” Another goal of the project is to show that each individual is unique, with his or her own memories, dreams, and expectations. “Death cannot be trivialized. When an individual dies, they take with them their own personal and irreplaceable repository of meanings,” notes the psychoanalyst.

Due to the restrictions imposed by the pandemic, death has become lonelier. Without its rituals, goodbyes have been incomplete and dramatic, says the researcher. “The pandemic has been leaving a trail of loss, mourning without closure, and empty longing. We are experiencing an immeasurable amount of very damaging and potentially highly traumatic processes in our lives,” he points out. Grief is a fundamental aspect of managing significant loss, confirms psychologist Maria Júlia Kovács, from IP-USP and founder of the Death Studies Laboratory (LEM) at the same institution. “And we are not speaking merely of the death of loved ones. Circumstances that disrupt our daily lives, such as illness, unemployment, or moving to a different country can also cause great psychological suffering,” she observes. At such times, recording one’s own memories, dreams, and experiences can be a way of processing them. “Exercising the imagination through writing has never been more important,” concludes Endo.