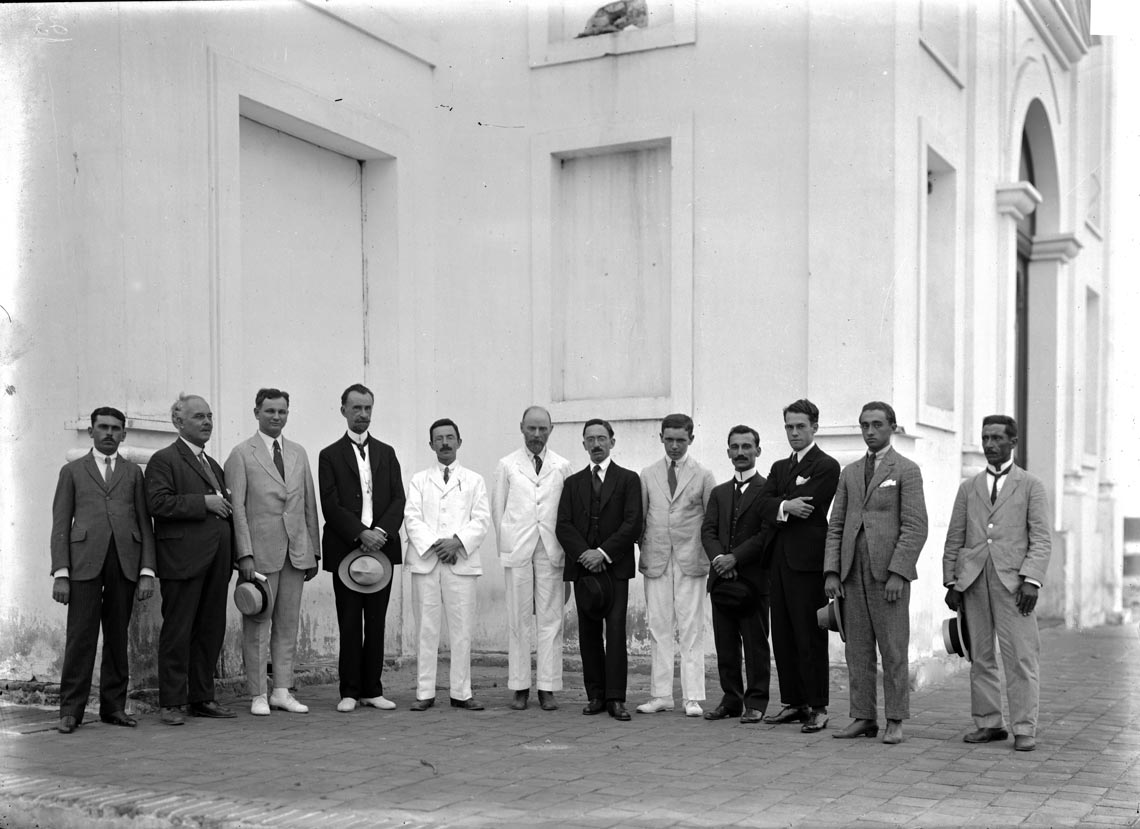 Two lesser-known expeditions joined the British team in recording the solar eclipse at Sobral on May 29, 1919. One team was formed by Brazilians, among them Lélio Gama, Domingos Fernandes da Costa, Allyrio Hugueney de Mattos, and Teófilo Lee. The team, led by astronomer Henrique Charles Morize, then director of the Brazilian National Observatory in Rio de Janeiro, arrived in Sobral on May 9 that year. The expedition’s objective was to conduct spectroscopic observations of the Sun’s corona by producing photographic plates similar to those taken by the expedition from Greenwich. “Morize also saw an occasion to demonstrate the competence of Brazilian scientists and of the institution of which he was director,” explains astronomer Carlos Veiga of the Center for Astronomy and Astrophysics at the Brazilian National Observatory.

Read:
– When light bent
– Daniel Kennefick: The importance of Sobral

The Brazilian astronomers set up their equipment at a plaza in front of the church of Patrocínio, a distance from the spot reserved for the British team. The square is now home to an Eclipse Museum that opened on May 29, 1999, amid celebrations of the 80th anniversary of the eclipse observations in Sobral. The facility has been closed since 2014 for repairs but was due to reopen in early May, in time to celebrate the 100th anniversary of the eclipse. The museum features replicas of planets and natural satellites in our solar system, as well as photos of the 1919 eclipse and videos with content on science and astronomy.

The Brazilian team took several photographic plates in succession using cameras attached to telescopes, capturing the Sun and the positions of stars near its edge. Some of the plates were recovered and restored by researchers at the Brazilian National Observatory in 2015. The plates, measuring 24 by 18 and 9 by 12 centimeters (cm), were coated with an emulsion consisting of light-sensitive silver salts. They were found in boxes in storage at the Brazilian National Observatory. After being restored, they were digitized and placed on the internet (bit.ly/2D2hxlW).

“Unfortunately, no meaningful conclusions could be drawn from the images produced by the Brazilian team,” says Veiga. Astronomy was then incipient as a field in Brazil. “The Brazilian team was unable to derive any relevant information from the plates they produced, and in the end, their contribution was limited to providing logistical support to the English team and making climate observations,” said the researcher.

The other expedition to observe the eclipse at Sobral was formed by the scientists Daniel Maynard Wise and Andrew Thomson of the Department of Terrestrial Magnetism at Carnegie Institution, Washington. They studied the effects of the eclipse on the Earth’s magnetic field and atmospheric electricity.