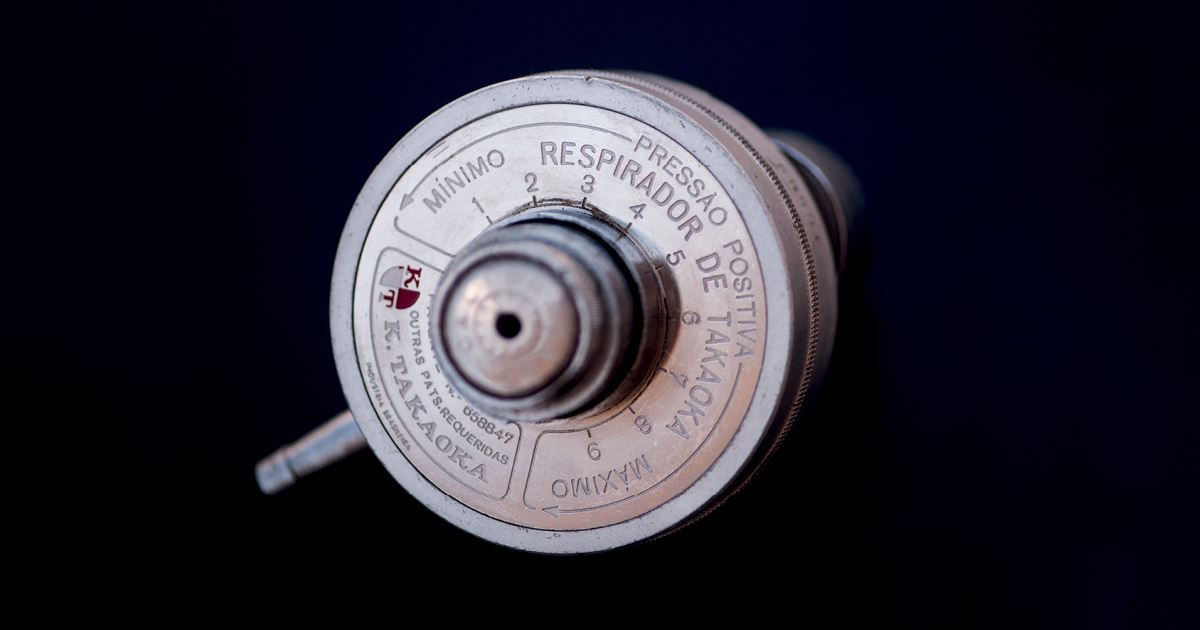 Takaoka’s device started being used in 1955

The challenge of producing enough ventilators for Covid-19 patients has brought to light the work of São Paulo anesthesiologist Kentaro Takaoka (1919–2010) during the 1950s. At a time when medical equipment was rare, large, and expensive, he developed a mechanical, portable ventilator that did not require electricity. It was used by medical professionals over the next four decades.

“Dr. Takaoka’s device was widely used to maintain patients’ pulmonary ventilation during surgery because anesthetics reduce breathing,” explains anesthesiologist José Luiz Gomes do Amaral, a professor at the Federal University of São Paulo (UNIFESP). Artificial respiration was—and still is—also used for intensive care patients to keep their lungs functioning. “It saved many people, both in Brazil and in other countries.” Because it “fit in the palm of one’s hand,” as he describes it, Amaral used the device during his early days as a doctor in hospitals and in the classroom to teach the principles of mechanical ventilation.

The takaokinha—as it was called—was essentially a cylinder of about 8 centimeters (cm) in diameter and 6 cm in height, which injected oxygen into the patients’ lungs and helped them eliminate carbon dioxide. It was connected to both the oxygen tube, attached to the hospital wall, and the cannula, placed in the trachea, which carries air into the lungs. Inside the device, “when the oxygen pressure rises, a membrane—the diaphragm—closes the opening, generating negative pressure that helps the patient exhale carbon dioxide from the lungs,” explains Masachi Munechika, an anesthesiologist at Nipo-Brasileiro Hospital and professor at UNIFESP, who met Takaoka in the 1980s as a resident. “Dr. Takaoka’s ventilator was every anesthesiologist’s dream,” he states. One of its most impressive features, according to Munechika, was that its membrane was regulated by two circular magnets of aluminum, nickel, and cobalt, developed at the São Paulo Institute for Technological Research (IPT) (see diagram). 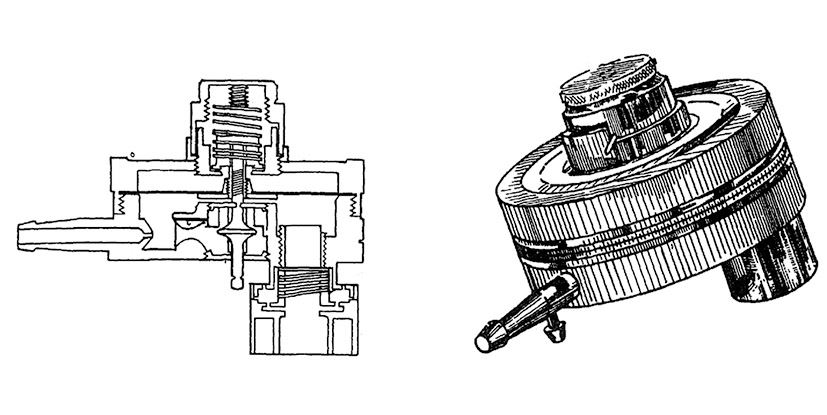 “Anesthesiologists from North America and Europe who visited Dr. Takaoka were each given a respirator to test, and they saw it was easy to use and provided adequate pulmonary ventilation with minimal adjustments needed,” said anesthesiologist Allen Bobkin, from the Syracuse Upstate Medical Center in the United States, in a 1961 article published in Canadian Anaesthetists’ Society Journal. The device was mechanical and manual, while current electronic respirators, regulated by microprocessors, allow for more precise adjustment of inhale and exhale times and of the volume, flow, and pressure of oxygen—in addition to displaying lung function on a monitor.

“Dr. Takaoka is unpretentious, humble, extremely friendly, and slightly shy. He doesn’t like to talk about himself, but he goes into great detail when it comes to his favorite subject: anesthesiology,” reported a journalist for the June 1964 edition of O Médico Moderno [The modern doctor] magazine. Although he wanted to be an engineer, family tradition dictated that Takaoka, being the eldest son, had to follow in the footsteps of his father, Sentaro, a clinical physician and founder of Hospital Santa Cruz, associated with the Japanese community. He was admitted into medical school at the University of São Paulo (USP) and, while still a medical student, he completed his training as a mechanical milling machine operator at the National Service for Industrial Training (SENAI). 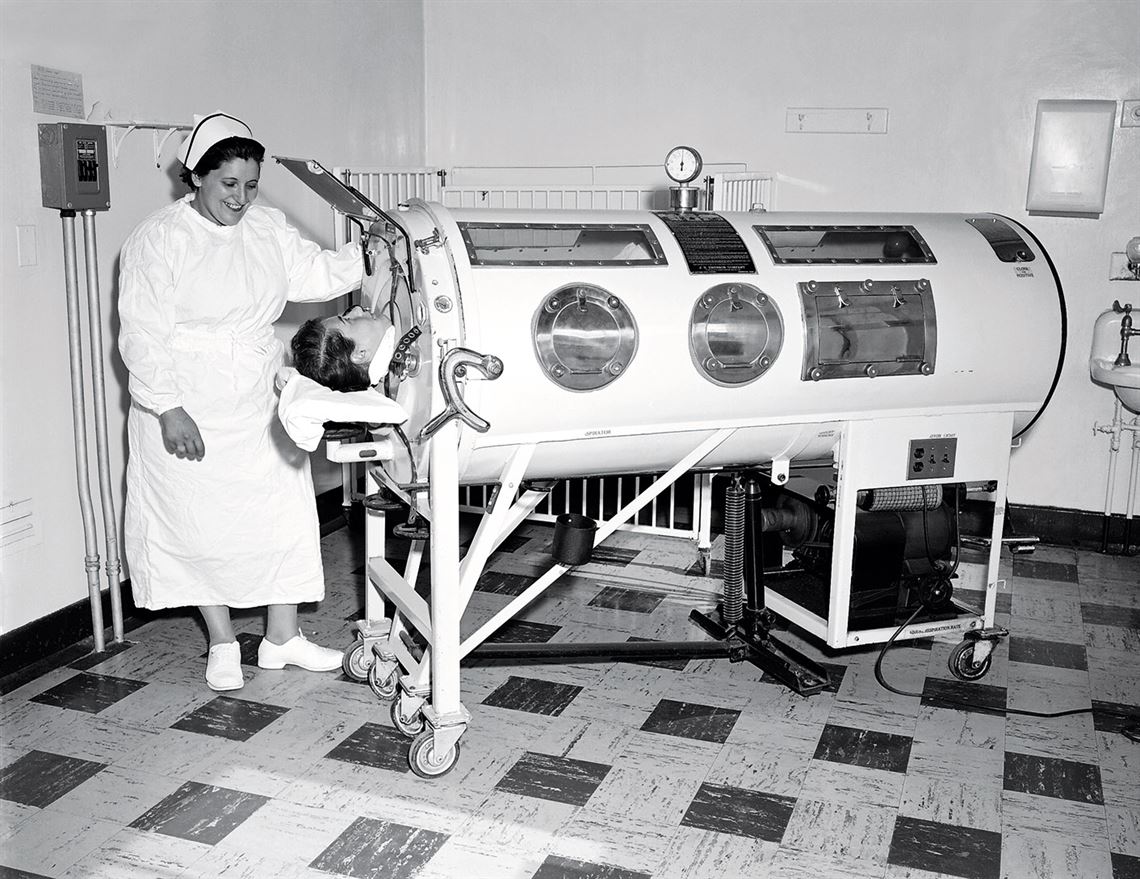 The first versions of the respirator
The development of mechanical ventilation began in the late 1930s. In 1928, two Americans, engineer Phillipe Drinker (1894–1972) and physician Louis Agassiz Shaw Jr. (1886–1940), created the iron lung, a cylinder with two vacuum cleaner motors that enveloped the patient’s body while leaving their head exposed. It was widely used to treat patients with the most severe form of polio.

In 1950, Swedes Clarence Crawford (1899–1984), a surgeon, and Olle Friberg (1912–1979), an anesthesiologist, visited the now-called Hospital dos Servidores do Estado, in Rio de Janeiro, to promote controlled pulmonary ventilation. Based on their presentation and on the European devices, physician José Joaquim Cabral de Almeida (1900–1983) developed the pulmo-ventilator, which included controlled respiration and was tested in 1951 at the Hospital Beneficência Portuguesa in Rio de Janeiro. It was very successful: lung surgery mortality fell from 70% to 3.3%, but the devices were still large, heavy, and expensive. The USP Hospital das Clínicas had only one of these respirators; it was huge, with two oxygen cylinders and a mask, had to be transported between floors, and was not available for all the doctors who requested it. In a room on the ninth floor of the hospital, which he turned into a workshop, Takaoka decided to make something more practical himself.

He finished the prototype of a portable device in 1951; the following year, he presented it at the annual conference of the Brazilian Society of Anesthesiology in São Paulo, and tested it on dogs for four years before starting to use it on people in 1955. “My father made every piece of it,” shares anesthesiologist Flávio Takaoka, from the Hospital Israelita Albert Einstein in São Paulo. Born in 1952, he remembers his father working in his back room workshop, and then in the factory he built in 1957, K. Takaoka Indústria e Comércio. It was a few blocks from their home and produced the respirators on a large scale for domestic and foreign markets. 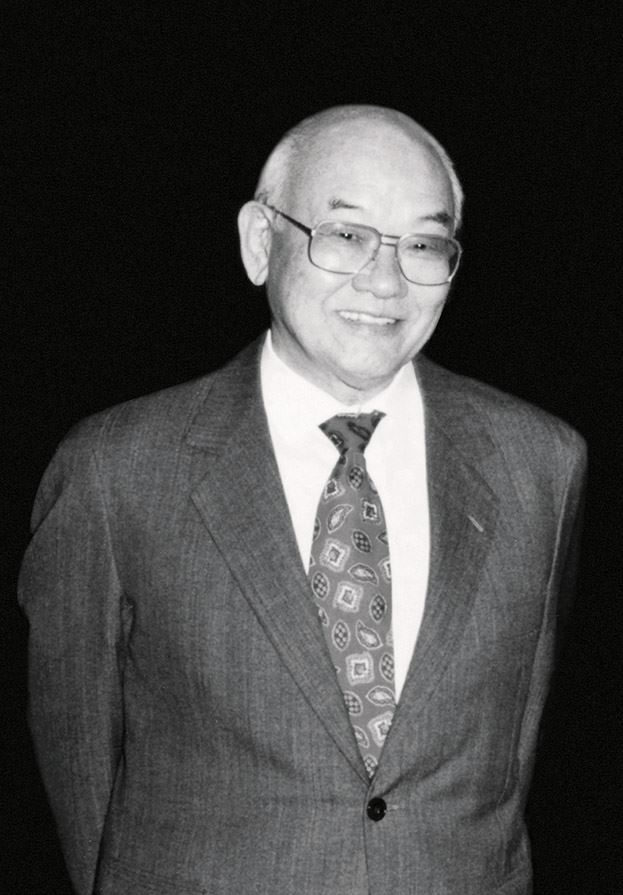 Anesthesiologist and entrepreneur Kentaro Takaoka in the 1990sPersonal archive

A prolific inventor
Upon turning 55, in 1974, Takaoka decided to leave his job at Hospital das Clínicas and focus exclusively on the business, which remained in continuous expansion until the 1990s, when newly imported electronic ventilators reduced the need for mechanical devices like his. “At one point each day he would stop talking and go to the engineers’ bench to discuss projects,” observed Amaral, from UNIFESP, when he visited the factory.

Renamed to KTK, nowadays the company produces ventilators with microprocessors and monitors, the first versions of which were released in the 1990s. In 2005, Takaoka won the Innovative Inventor award from the Brazilian Funding Authority for Studies and Projects (FINEP). He was a prolific inventor who patented about 60 medical devices, such as vaporizers and humidifiers, both in Brazil and in the United States. The company is managed by one of his sons, Nelson, and it continues to produce both the simpler and the electronic models. KTK is involved in the effort to increase production in order to meet hospital needs due to the Covid-19 pandemic.

One version of Takaoka’s device inspired a portable respirator that could be 3D printed. Project Breath4Life is coordinated by two startups incubated at Hospital Israelita Albert Einstein.