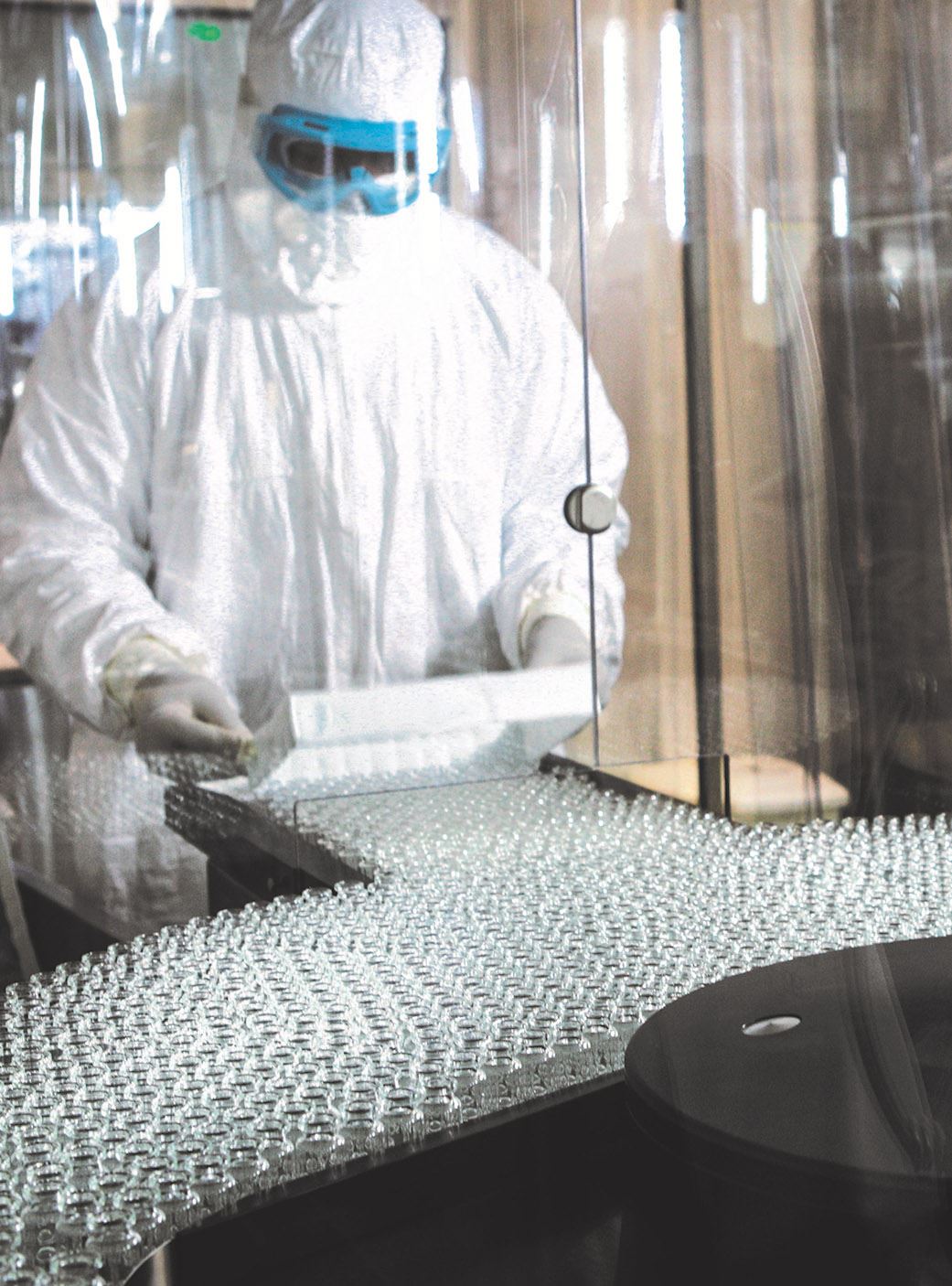 Butantan-DV, a lyophilized dengue vaccine developed at the Butantan Institute, has demonstrated results equivalent to those of the original formulation on which it is based: TV003, made by the National Institutes of Health (NIH) in the USA. In phase II clinical trials, conducted in the city of São Paulo from November 2013 to September 2015, both induced the production of antibodies and defense cells in people with and without previous contact with any of the four serotypes of the dengue virus. The results were published in The Lancet Infectious Diseases on March 24.

Dengue is endemic in more than 100 countries, with about 50 million people infected each year and 2.5 billion living in high-risk areas, according to the World Health Organization (WHO). Brazil recorded 332,397 cases in the first 10 weeks of 2020, an increase of 45% over the same period in the previous year. So far this year, 77 people have died from the disease, according to the Brazilian Ministry of Health.

The Butantan vaccine trial involved 300 people aged 18 to 59. In the first phase, 50 participants who had no previous contact with the virus received two doses of either the Butantan or NIH vaccine, with an interval of six months. In the second phase, the other 250 participants, some with and others without previous exposure to the virus, were randomly assigned to receive a dose of Butantan-DV or a placebo. As a double-blind trial, neither the participants nor the medical team knew what each person was receiving until the study was completed and the results were analyzed.

“The aim was to answer several questions with one single study,” says infectious disease specialist Ricardo Palacios, director of clinical research at Butantan and one of the authors of the paper. “The first was whether our formulation would work as well as the NIH’s.” The NIH shared its dengue vaccine production technology with the São Paulo–based institute and the two have been working together on this project for 12 years. In December 2018, Butantan started another collaboration, this time with American pharmaceutical company MSD (Merck Sharp & Dohme), to accelerate development of the vaccine (see Pesquisa FAPESP issue nº 275).

The initial formulation, known as TV003, has been proven effective in trials conducted in the USA on people not previously exposed to the virus. It is produced with four proteins—one for each type of virus—that must be stored at -70 degrees Celsius (°C); they are mixed only when the vaccine is administered. To overcome the inconvenience of having to cool the vaccine to such low temperatures, the Butantan team prepared a formulation with lyophilized viruses (dehydrated and frozen in a vacuum), which can be transported more easily and stored in standard refrigerators like other vaccines. The next step was to test whether they have the same effect, and the results are positive. “We trust our formulation,” said Palacios.

According to him, the Butantan vaccine proved to be “very safe,” causing only slight redness in the arm or chest, usually around the 10th day after application, and occasionally mild headaches or malaise—“nothing that is not common for most vaccines,” he notes.

“We achieved excellent immunogenicity [the ability to activate the body’s natural defenses] compared to other vaccines tested to date,” commented infectologist Esper Kallás of the School of Medicine at the University of São Paulo (FM-USP), lead author of the Lancet article. The tests indicated that Butantan-DV can activate the production not only of antibodies (immunoglobulins), but also of defense cells such as CD8+ lymphocytes, which other vaccine candidates have been unable to achieve.

“The vaccine induced balanced responses against the four serotypes, both in individuals who have already had dengue and in those who have not,” said immunologist Jorge Kalil, a professor at FM-USP who led development of the vaccine when he was director of Butantan from 2011 to 2017. Production of antibodies and defense cells ranged from 77% to 92% in participants without previous exposure to the dengue virus and 77% to 82% among those who have already been exposed. The minimum activation level of pathogen responses for a vaccine to be accepted is 75%. One of the groups of participants received a second dose, to assess whether a booster is required. “The initial response was so good, however, that just one dose is enough,” comments Palacios.

Initially funded by FAPESP and later by the Brazilian Ministry of Health and the Brazilian Development Bank (BNDES), the vaccine is now in its final stage of development prior to requesting authorization for production and distribution in Brazil: phase III clinical trials, which started in February 2016 and are expected to end in 2024. The objective is to evaluate the safety and effectiveness of the dengue vaccine in approximately 17,000 people aged 2–59 years old, monitored by teams from 16 research centers in São Paulo.

So far, the only dengue vaccine available, approved in 11 countries, including Brazil, is CYD-TDV, launched in 2015 and manufactured by the pharmaceutical company Sanofi Pasteur. Produced using recombinant DNA technology to replace the genes of the attenuated yellow fever 17D vaccine with those of the dengue serotypes, it has an average effectiveness of 60%, promoting an intense immune response for serotype 4, but a low response for serotype 2.

It is recommended only for people aged 9–45 who have already had dengue, as it can cause severe illness in those who have not previously been exposed to the virus. The vaccine requires three doses, to be administered over the course of a year. In an article published in the journal Vaccine on March 20, 2020, a team from Sanofi Pasteur showed that the vaccine can maintain its protective effect for up to six years in children over 9 years old already exposed to the virus.