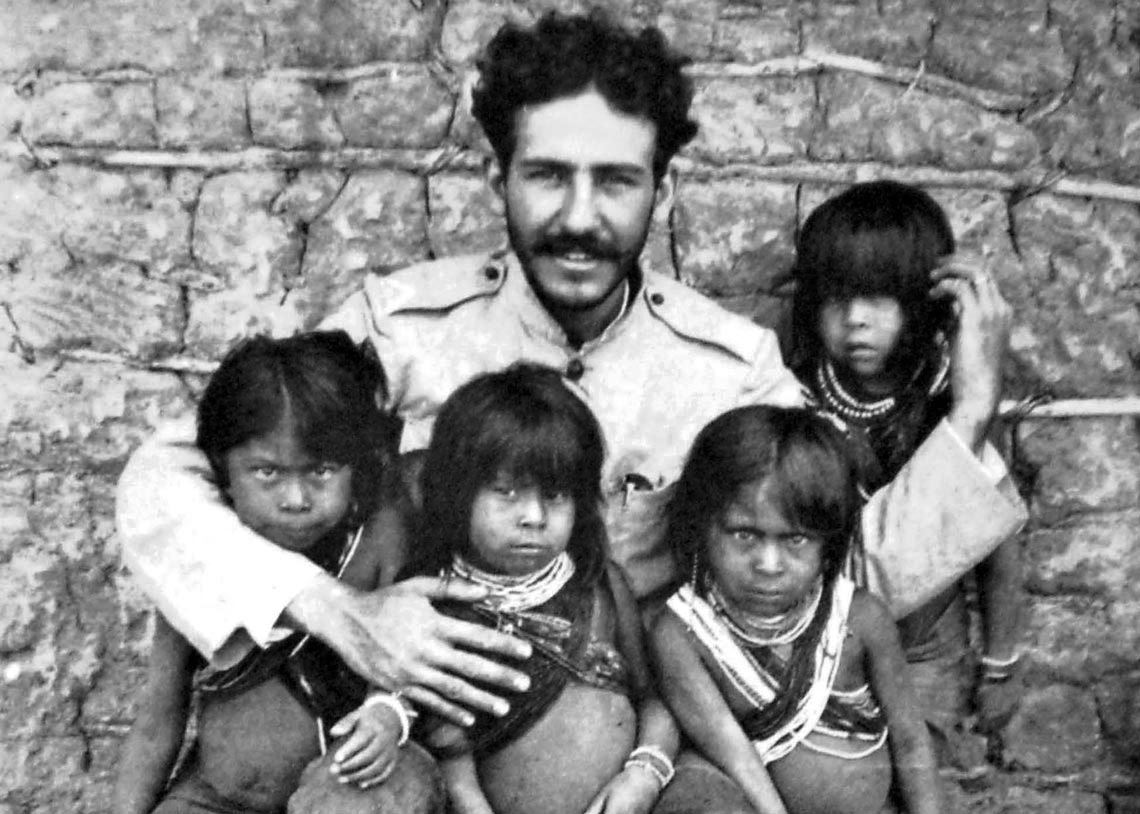 At 27, with children of the Kozarini people, during an expedition with the Rondon Commission in 1912

In a “nostalgia chronicle,” published in 1961 in the journal Correio da Manhã (Morning mail), Minas Gerais poet Carlos Drummond de Andrade (1902–1987) described his friend Edgard Roquette-Pinto (1884–1954) as a man who “loved his land and wanted to serve his people.” The tribute recognized the efforts of the Rio academic in the establishment of Society Radio in 1923 as the country’s first radio broadcaster, which was later transferred to the Ministry of Education under the name Radio MEC. However, decades before dedicating himself to being one of Brazil’s radio broadcasting pioneers, Roquette-Pinto worked in scientific research, moving between areas including medicine, anthropology, and museology. He contributed to the study of indigenous culture and to the establishment of audiovisuals as a tool for science literacy.

His published works in the early twentieth century reveal a scientist with a multifaceted profile, in the words of journalist Cláudio Bojunga, grandson and biographer of Roquette-Pinto: “My grandfather had a personality characterized by both versatility and depth.” This trait, says Bojunga, explains his eclectic trajectory starting in his student days at the Rio de Janeiro School of Medicine (today part of the Federal University of Rio de Janeiro). His course completion project was about indigenous medical practices.

“It is strange to imagine that a doctor, with all the distinction attributed to this role, was keen to study such healing techniques, adding to the physician role such procedures characterized at the time as primitive,” says anthropologist Rita de Cássia Melo Santos, from the Federal University of Paraíba (UFPB). “While he did not give up this characterization, Roquette-Pinto used these populations to build a relative otherness, recognizing the progressive stages of the medical functions of indigenous rituals,” explains Santos, author of the book No coração do Brasil: A expedição de Roquette-Pinto à serra do Norte (In the heart of Brazil: The expedition of Roquette-Pinto to the northern sierra) (Brazilian National Museum, 2020).

His interest in anthropology emerged during physiology classes with physician Augusto Brant Paes Leme (1862–1943). “Some of the classes covered anthropological topics, more specifically the study of human races,” notes Santos. Until the first decades of the twentieth century, anthropology was very different from today. “It was a kind of sister discipline to medicine,” comments historian Vanderlei Sebastião de Souza, from the State University of the Central-West (UNICENTRO), in Paraná. “Studies in this area were primarily conducted by doctors, biologists, and naturalists. At that time, it was practiced as a physical anthropology dedicated to studying the human evolutionary process and strongly characterized by concepts of racial determinism,” says Souza, scholar of the works of Roquette-Pinto.

In 1905, the recently graduated, young doctor won the public competition and became an assistant in the Anthropology, Ethnology, and Archaeology Section of the Brazilian National Museum in Rio de Janeiro. He remained with the institution for three decades and held the position of director between 1926 and 1935. It was in his early years at the museum that Roquette-Pinto developed his interest in ethnographic expeditions. 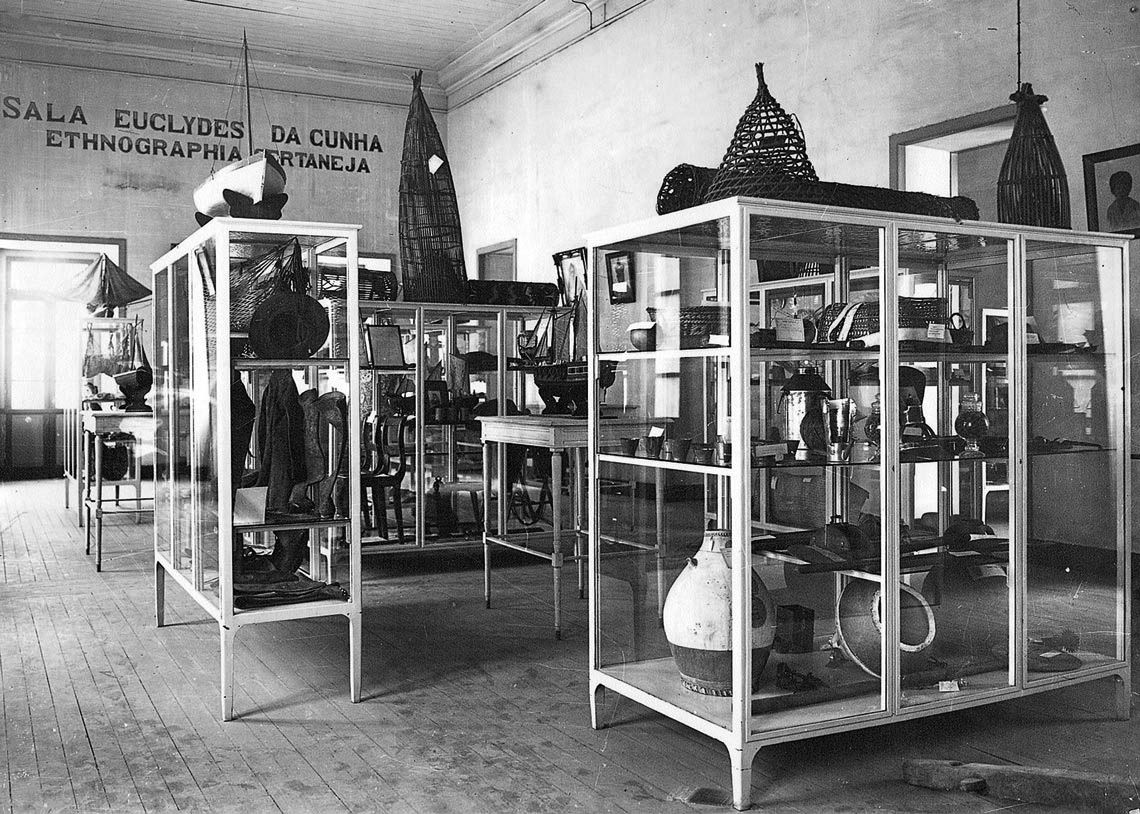 The first field project was on the coast of Rio Grande do Sul, studying middens—large mounds of shells, animal bones, and other archeological remnants. When he arrived at the middens, Roquette-Pinto was surprised by the destruction of most of the deposits he had to research. “He compensated for the absence of study objects by describing the territory,” says Santos. The report was considered by anthropologist Luís de Castro Faria (1913–2004) as an ethnographic work “with an admirable literary flavor,” for its portrayal of the minutia of not only the countryside, but also the conditions of river navigation, forms of housing construction, and small-scale fishing techniques. The notes from this expedition provided clues about how Roquette-Pinto acted as an anthropologist. In the scope of physical anthropology, the primary interest of scholars at the time was to study anthropometric characteristics of the “primitive peoples,” who were isolated from “civilization.” Bones and brains were measured to understand differences between human races.

“In this period, race was considered a valid biological concept for humans and they were differentiated by physical and mental aspects. Crossbreeding between individuals of different races was considered harmful,” explains anthropologist Ricardo Ventura Santos, from the Oswaldo Cruz Foundation (FIOCRUZ) and from the National Museum in Rio de Janeiro. According to this view, crossbreeding led to degeneration.

Even though the anthropological work of Roquette-Pinto was, in some way, influenced by this biological perspective, he distanced himself from the racist theories that were being spread by naturalists, such as Frenchman Arthur de Gobineau (1816–1882).

In the book Rondônia: Antropologia-etnografia (Rondonia: Anthropology-ethnography) (1917), which was considered his best scientific work, the researcher puts in writing a view that is contrary to the extreme racial determinism that was present in Brazilian anthropology. “In various places in the book, he refers to anthropology as a venture to understand the most profound issues of the human experience,” says Ventura. 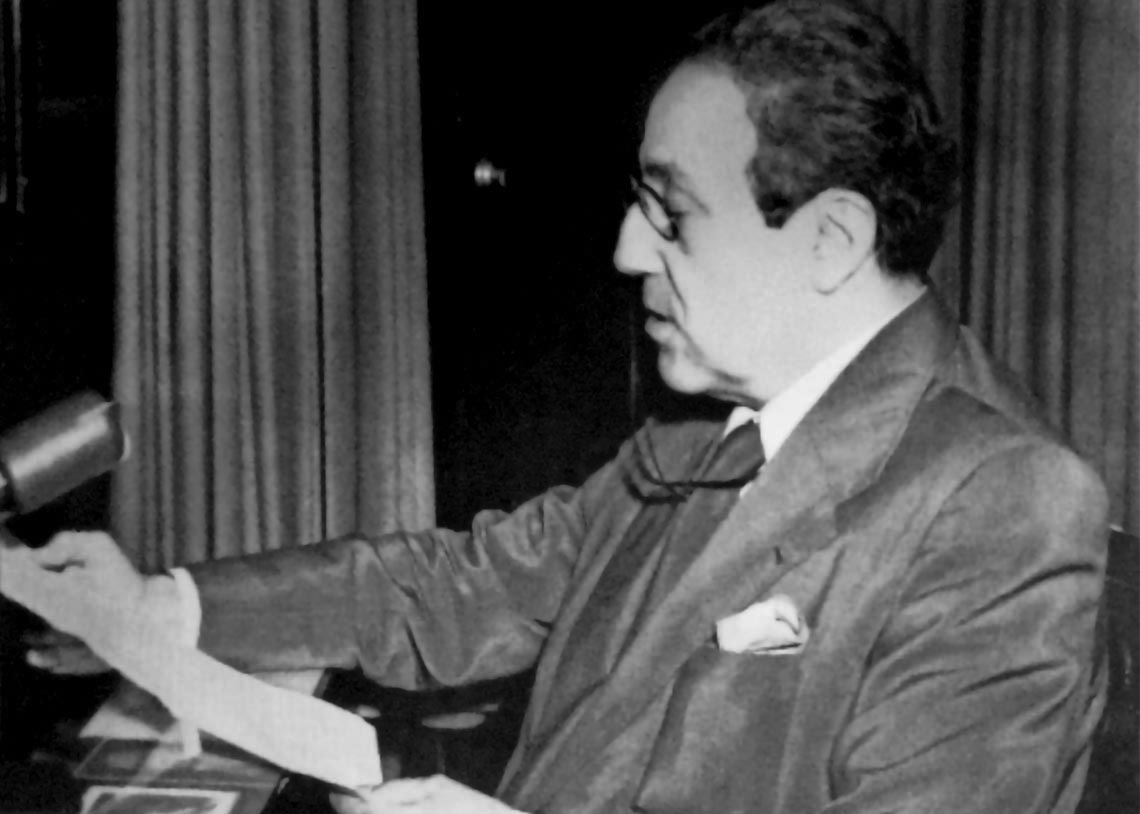 Rondônia is the fruit of Roquette-Pinto’s participation in the Rondon Commission in 1912. The expeditions organized by marshal Cândido Rondon (1865–1958) had the participation of botanists, zoologists, and other scientists who studied the fauna and flora of the places that were visited and who undertook ethnographic research of the cultural material of indigenous groups. In the book, the idea of race is present, but it is not restricted to a biological perspective. “Roquette-Pinto also considered social aspects, habits, and customs of peoples, such as the Nambiquara in Mato Grosso,” notes Ventura. “He defended that, along with biological attributes, the social dimension helped to better understand the capacities and potential of a race.”

Following this logic, Roquette-Pinto did not accept the idea that what was wrong with Brazil was the result of mixing races, says Souza: “He opposed the biological determinism that was present in intellectual circles at the beginning of the twentieth century.” Crossbreeding of races and the presence of indigenous and African peoples in the formation of Brazil, therefore, did not interfere with the development of the country. “The reason for Brazil being behind,” he said, “was the lack of public policies in areas such as sanitation, habitation, health, and education.” Souza remembers Roquette-Pinto’s renowned phrase: “Brazil’s problem is disease, not race.”

Contact with the Eugenia
In 1929, Roquette-Pinto published Nota sobre os tipos antropológicos (A note about anthropological types), in which he defends that no “brasiliana”—a term he preferred to “Brazilian”—population type presented any anthropological degeneration stigma. From there, he became a central figure in the discussions about migration, making him an opponent to immigration policies for Europeans with the purpose of ‘whitening’ Brazil.

The project was presented at the 1st Brazilian Eugenia Conference in Rio de Janeiro, and which he led. The concept of Eugenia proposes that there are races or individuals that are superior to others, based on hereditary principles. “At first glance, it seems rather ambiguous to participate in a meeting with this topic,” recognizes Souza. “Above all, he sympathized with the Eugenia, believing in the possibility of human growth, independent of race.”
The Eugenia, who were defended by Roquette-Pinto, were influenced by the 1900 rediscovery of the public works of Austrian monk Gregor Mendel (1822–1884) from 1865. Researchers from around the world returned to studies of heredity and genetic variability in animal and plant species. The most radical of the Eugenia hijacked Mendel’s studies and started to defend the concept that it would be possible to promote the improvement of the human race, encouraging the reproduction of supposedly healthier couples, points out Souza. Roquette-Pinto stopped writing about the Eugenia when he saw the advancement of a more radical dimension, which shared racist and social-hygiene ideas, led by São Paulo physician Renato Kehl (1889–1974), who founded the Eugenic Society of São Paulo. 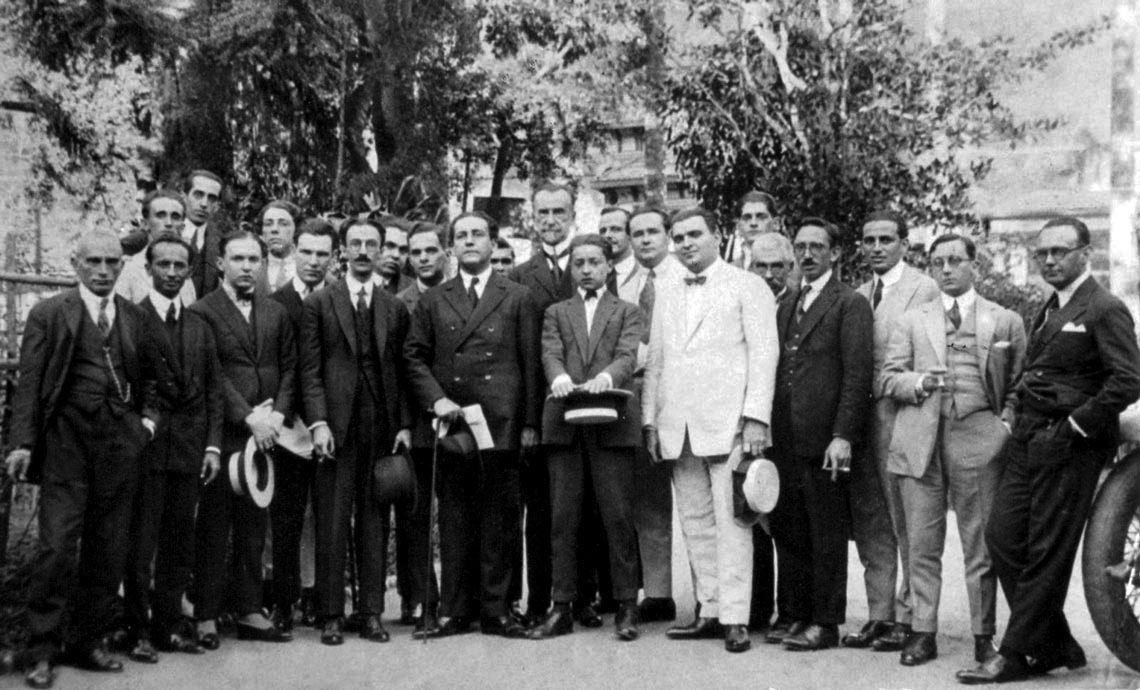 Roquette-Pinto with the pioneers of the Radio Society, in 1924 (center, with a cane)Radio MEC Archive

“Roquette-Pinto was aware of the emergence of antiracist anthropology in the United States and Europe,” says Rita Santos, of UFPB. The Brazilian had an affinity with German-American anthropologist Franz Boas (1858–1942), both of whom criticized racial determinism. And for French anthropologist Claude Lévi-Strauss (1908–2009), he stated that his interest for traditional peoples of the Amazon emerged after reading Rondonia. In Tristes trópicos (Sad topics), from 1955, Lévi-Strauss references the “charming book of the late Roquette-Pinto.”

While immersed in anthropology, he did not move away completely from medicine. “He taught classes in the School of Medicine and lectured on natural history at the Federal District Normal School, which at the time was in Rio,” says Ventura. In the 1920s, he ran a course in physiology at the National University in Asunción, Paraguay. It was an experience with the Rondon Commission that awoke Roquette-Pinto’s passion for educational cinema and broadcasting. During the expedition of 1912, the anthropologist registered photos and audio of the Nambiquara. “He was very interested in technology, seeing it as an ally in the archiving and distribution of knowledge, and for this reason, built the film library at the National Museum,” says information scientist and FIOCRUZ researcher Alice Ferry de Moraes.

In 1916, the anthropologist joined a group of 27 scientists who founded the Brazilian Academy of Science (ABC), which beginning in the 1920s began to support scientific education initiatives. “With this background, the researcher convinced ABC to buy equipment and build the Radio Society of Rio de Janeiro,” explains Moraes. Founded in 1923, the broadcaster had programs on literature, classical music, and science.

One year earlier, during the celebrations for the 100th anniversary of Independence, in Rio, he met an American who introduced him to radio technology. There was a space in Roquette-Pinto’s home that was full of knick-knacks. There he was able to create a makeshift experimental radio station to learn how a radio network functions in practice. 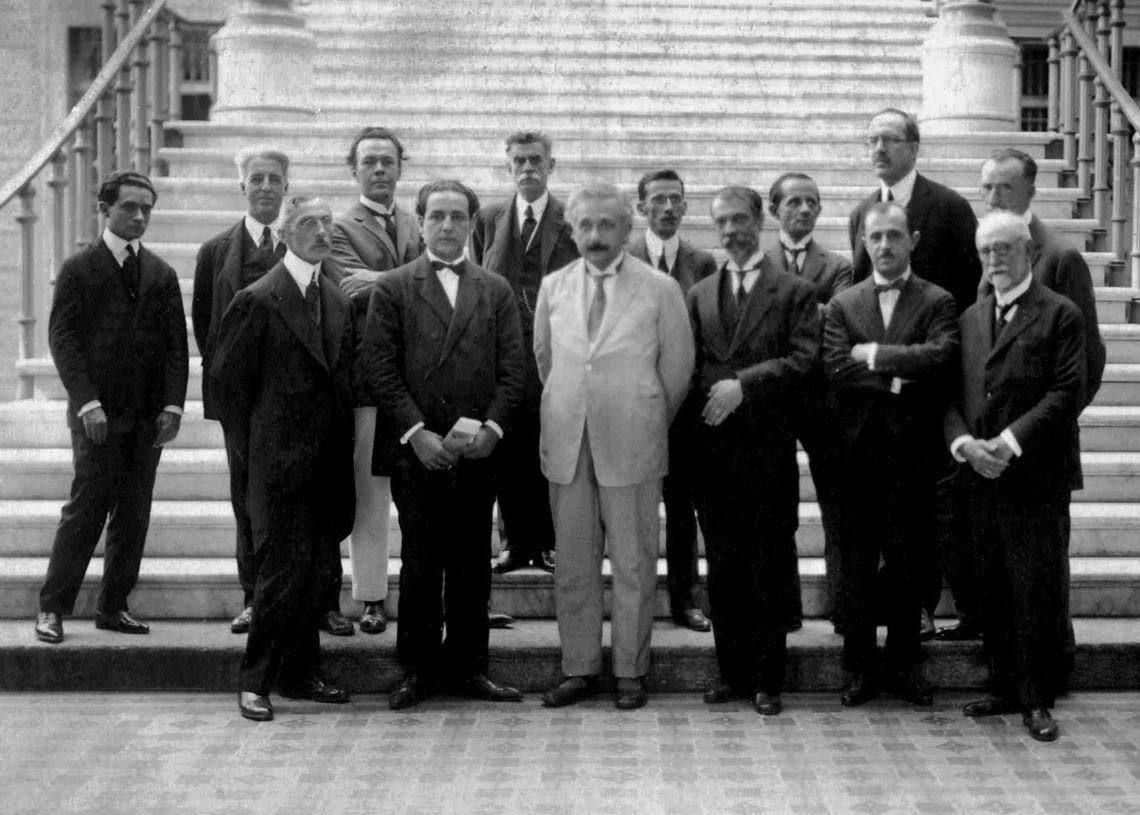 Years later, in 1932, the anthropologist joined Brazil’s Education Reform Movement and signed, along with 26 other academics, the Pioneers of New Education Manifest. Rewritten by educator Fernando de Azevedo (1894–1974), the document defended public education being available for all and free. A decree enacted that year by then president Getúlio Vargas (1882–1954) planned for the creation of an agency focused on educational cinema. “It was based on the policy developed by Roquette-Pinto, which resulted in the creation of the National Educational Cinema Institute, INCE, in 1936,” says Moraes.

Under the auspices of INCE, there were more than 400 educational films produced, of which 357 were directed by Minas Gerais filmmaker Humberto Mauro (1897–1983). “There was no topic that did not turn into a film: folklore, sewage services, astronomy, tuberculosis, health technologies, and on and on,” says Moraes. The anthropologist was head of INCE between 1937 and 1947 (see Pesquisa FAPESP issue no. 271).

In 1936, Roquette-Pinto returned the license for the Radio Society to the federal government, due to financial difficulties to maintain it. The anthropologist made a request of the Minister of Education Gustavo Capanema (1900–1985), who convinced Vargas to accept the radio, renaming it Radio MEC. According to his friend Carlos Drummond de Andrade, during the ceremony to formalize the transfer, Roquette-Pinto said to Capanema: “I give this radio with the same emotion that one would marry a daughter.”