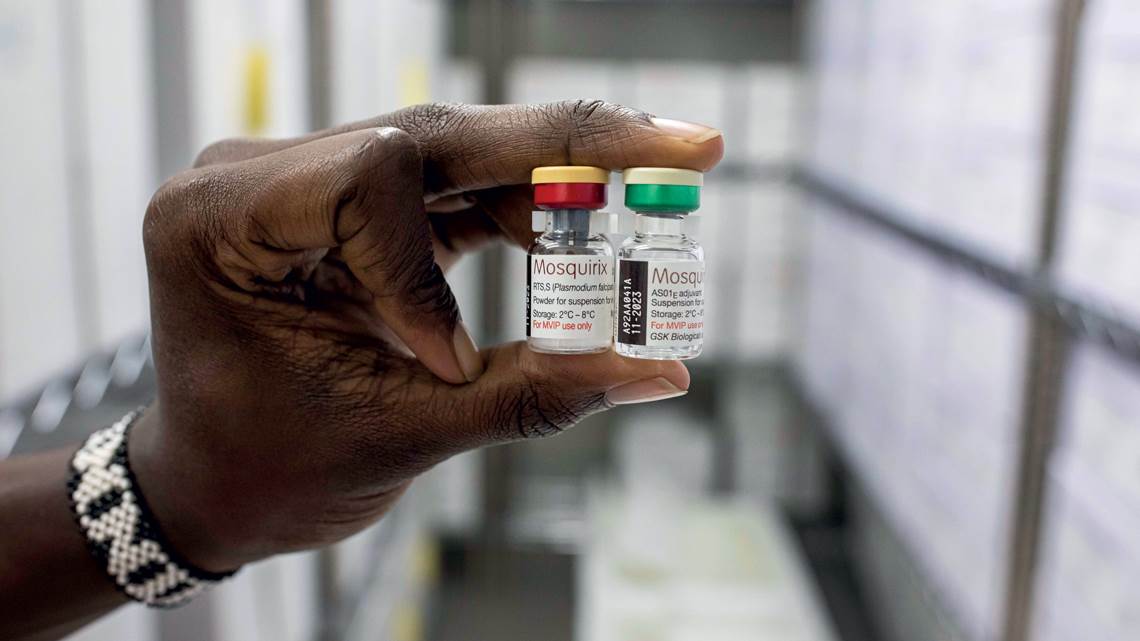 Vials of Mosquirix, the malaria vaccine recommended by the WHO that reduced the number of new cases of the disease by 39%

On October 6, 2021, in a historic decision, the World Health Organization (WHO) publicly recommended a malaria vaccine for children in regions with a high incidence of the disease, such as sub-Saharan Africa. The announcement is the culmination of more than 50 years of searching for a vaccine against the disease, which kills 410,000 people annually, of which 260,000 are children under 5 years of age. Almost 95% of the deaths occur in Africa.

The recommended vaccine, RTS,S/AS01, known commercially as Mosquirix, works against the parasite Plasmodium falciparum, which causes the deadliest form of malaria and is the most prevalent on the African continent. It was tested in a pilot program involving more than 800,000 children in Ghana, Kenya, and Malawi since 2019. Immunization is conferred through four doses: the first at 5 months of age, the second at 8 months, the third at 11 months and the fourth, a booster, at 18 months.

The pilot study results showed 39% protection against new cases of malaria and 29% against serious occurrences. Although the effectiveness of the vaccine alone is low, there were significant improvements when the vaccine was used in conjunction with other interventions. Combining Mosquirix with antimalarial drugs, administered at times of the year when more cases occur, resulted in a 70% drop in hospitalizations and deaths, according to a study published in the New England Journal of Medicine by researchers from London School of Hygiene & Tropical Medicine. The data reinforce the role of immunization as an additional strategy for combating P. falciparum in Africa. The vaccine will become part of a set of public health measures that already includes rapid testing, distribution of antimalarial drugs, and the use of insecticides against Anopheles mosquitoes (a vector of the malaria parasite) and mosquito nets.

In a statement issued to the press and its investors, pharmaceutical company GlaxoSmithKline (GSK), which developed Mosquirix and has already provided 10 million doses to pilot studies, pledged to provide a further 15 million doses per year at just 5% above production cost. It also agreed to transfer the vaccine’s antigen production technology to Indian pharmaceutical company Bharat Biotech.

“This is a historic moment. The long-awaited malaria vaccine for children is a breakthrough for science, child health and malaria control,” said Tedros Adhanom Ghebreyesus, Director-General of the WHO. “Using this vaccine on top of existing  tools to prevent malaria could save tens of thousands of young lives each year.” 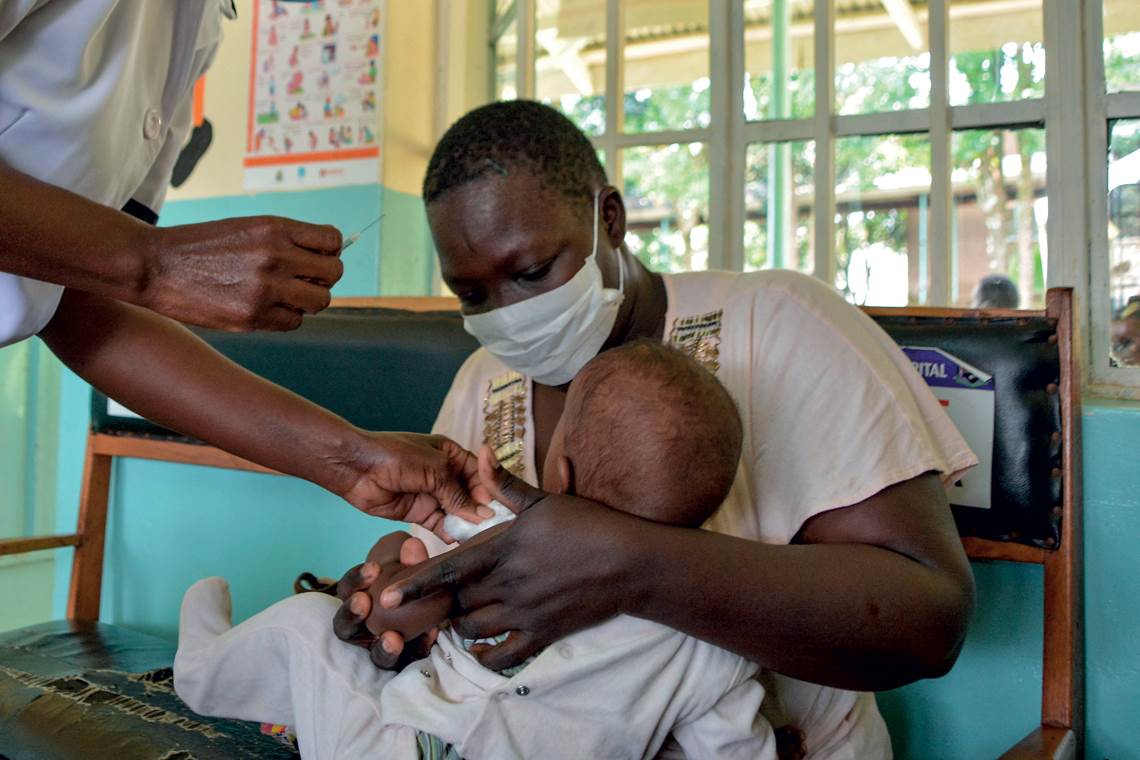 A study published in PLOS Medicine in November 2020 found that administering 30 million doses of the vaccine per year in the African countries most affected by malaria could prevent some 4.3 million new cases and save the lives of 22,000 children aged under 5. The vaccine remains effective for approximately five years. Other versions are also being tested in adults.

Roots in Brazil
The advancement of the Mosquirix vaccine is not yet expected to have any impact Brazilian public health. As well as being under better control, malaria in Brazil is milder and mostly caused by another parasite, Plasmodium vivax, which is not targeted by the new immunizing agent. The country, however, has a close connection with the vaccine recently approved by the WHO.

In the 1960s, Ruth (1928–2018) and Victor Nussenzweig, a Brazilian couple who both worked at New York University (NYU), USA, were investigating the African malaria parasite in an attempt to identify ways of activating antibodies against them in infected organisms.

The couple focused on the development stage when the parasite is similar to a spore (sporozoite) and is injected into the blood by the mosquito. According to Sergio Schenkman of the Molecular and Cellular Biology of Parasites Laboratory at the Federal University of São Paulo (UNIFESP), the Nussenzweig began studying P. falciparum sporozoites by building an insectarium in NYU’s lab. “They kept an Anopheles colony and began exposing the mosquitoes to radiation. They then induced the insects to bite mice,” explains the microbiologist, who spoke to the couple directly about their work as a research fellow under Victor’s supervision at the NYU Medical Center in the late 1980s.

“Ruth Nussenzweig was the first scientist to demonstrate, in a paper published in Nature in 1967, that immunization with sporozoites inactivated by X-rays can induce protective immunity against infection in mice,” highlights Irene da Silva Soares of the Clinical and Toxicological Analysis Department at the College of Pharmaceutical Sciences (FCF), University of São Paulo (USP). “Ruth, Victor, and their colleagues later explained in Science in 1984 how they isolated the gene that codes the protein that coats the sporozoites, called CSP.” This protein, which activates the immune response against malaria, is the basis of the recently approved vaccine. “Both groups can therefore be considered ‘the brains behind the malaria vaccine’. From my point of view, these studies were worthy of a Nobel Prize,” declares the USP parasitologist. 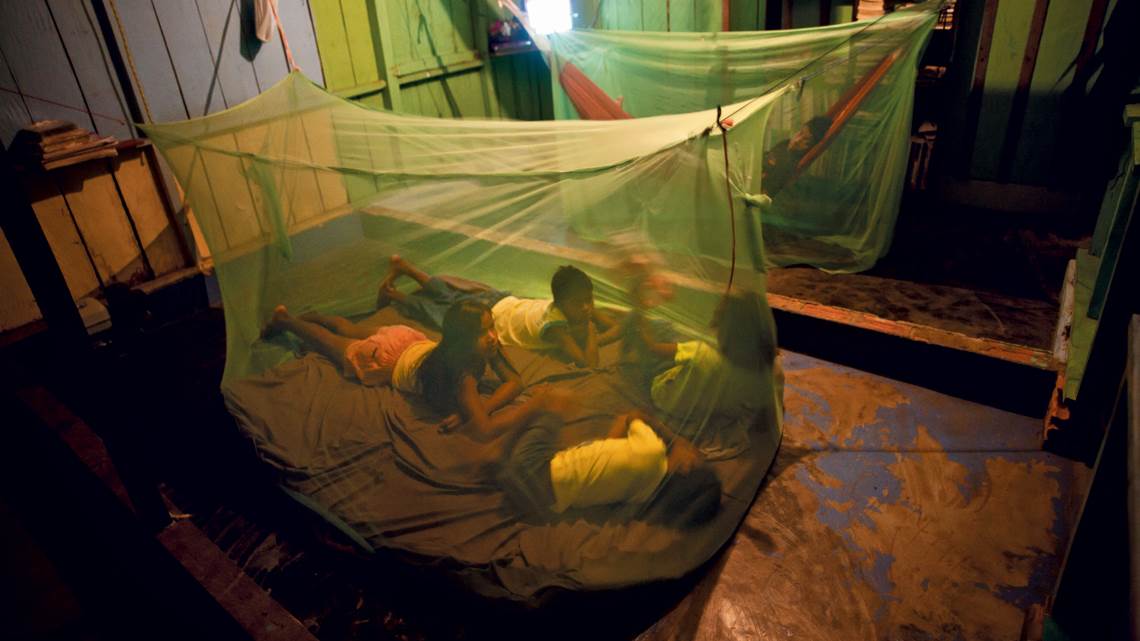 The malaria vaccine is the first to protect humans against an infection caused by parasites and it took decades to come to fruition due to several complications. As a comparison with more recent and widely debated diseases and vaccines, P. falciparum has more than 5,000 genes, while SARS-CoV-2 has just 12. “Parasites have a complex life cycle, involving several morphological phases and changes to the environment in which they develop within the human body. They have also adopted various methods for escaping the host’s immune system. The major challenge with malaria is finding a target for the vaccine, since the parasite has a high degree of genetic polymorphism,” explains Célia Regina da Silva Garcia, also from FCF at USP.

Silvia Beatriz Boscardin, from the Parasitology Department at USP’s Institute of Biomedical Sciences (ICB), reinforces her colleague’s assessment. “As well as their genome being much larger than viruses, parasites can reproduce in different hosts, both vertebrates and invertebrates, and have different forms of development. These forms usually express different proteins,” says Boscardin. “All of this makes the development of a vaccine against parasites a much more complicated task.”

Despite these obstacles, a research group led by Soares and funded by FAPESP has been working on a vaccine against the form of malaria that most commonly occurs in Brazil, caused by P. vivax, since 2008. The project was inherited from a former student of Ruth Nussenzweig, immunologist Maurício Martins Rodrigues (1961–2015), who was a professor at UNIFESP and was married to Soares  The formulation is also based on CSP, which in P. vivax, presents an additional complexity: there are three genetically distinct variants of the parasite, found in different locations around the world. “Our goal is to develop a universal vaccine that covers P. vivax in all its genetic diversity,” says Soares.

According to the scientist, there are groups in the USA and the UK working on similar vaccines. But her group is the only one attempting to induce immunity against all three variants of the parasite, according to a study published in Scientific Reports earlier this year. “Preclinical trials have already been completed and demonstrated that the formulation generates an immune response and does not cause significant adverse effects in mice and rabbits. Next, we will submit the documentation to ANVISA to request authorization for phase 1 clinical trials in humans,” says the FCF researcher.

The technological advances recently made as a result of the COVID-19 pandemic offer new possibilities for antimalarial vaccines—of which there are currently more than 140 under development worldwide. Soares believes new approaches, such as mRNA vaccines and adenovirus-based viral vectors, are generating knowledge that could be used to improve exist vaccines or those under development. “Immunization strategies that use a combination of different vaccines have been undergoing tests in an experimental malaria model since the 1990s by the group that was previously headed by Ruth Nussenzweig,” says Soares. “We already have recombinant adenoviruses based on the P. vivax CSP protein, which could be used, if necessary, to enhance the immune response of the vaccine we are developing.”