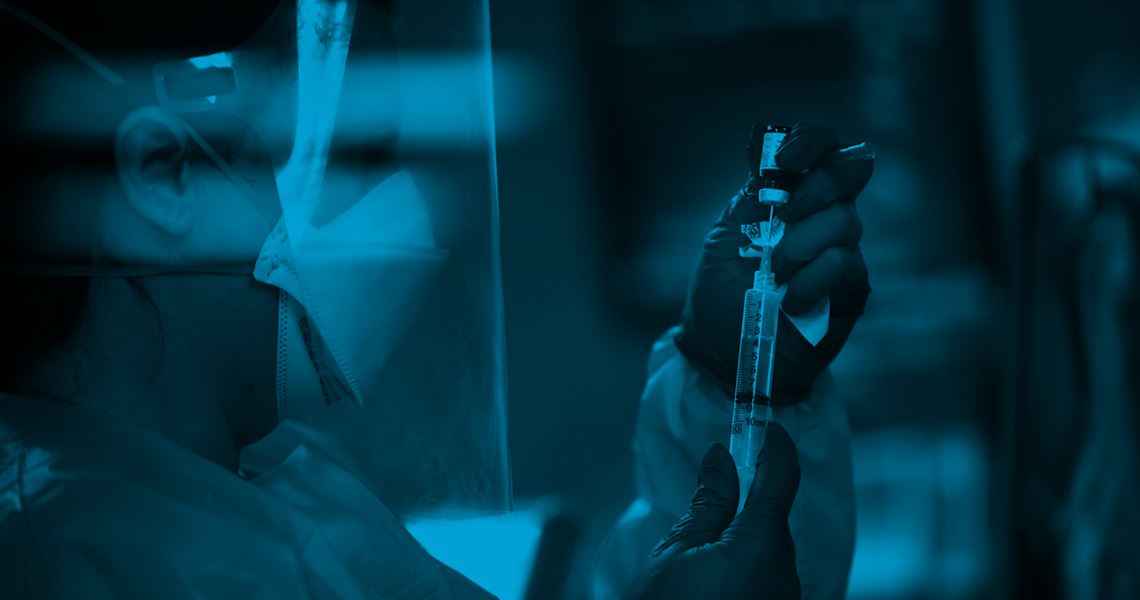 The world is currently witnessing the unprecedented global pursuit of an effective treatment for COVID-19, the disease caused by the novel coronavirus. As the pandemic advances, researchers, pharmaceutical companies, and health authorities have doubled their efforts to test the effects of various compounds—some new and many already used against other illnesses—to stop the virus or reduce the direct and indirect damage it causes to the body. In a matter of months, thousands of human clinical trials have been planned and hundreds put into practice.

So far, however, there has been limited success: just one antiviral, remdesivir, has proven capable of shortening hospital stays, and one anti-inflammatory, dexamethasone, has significantly reduced the mortality rate of hospital patients receiving respiratory support. Nine months after the pandemic began, there is no specific COVID-19 medication, although a combination of heparin and other drugs are being used to control inflammation and reduce blood clot formation.

Read more:
– The effects of COVID-19
– The uncertainty of herd immunity
– Scientific philanthropy boost
– The distance between dental research and treatment

Fighting viral infections with drugs has never been easy, especially acute ones. There are no antivirals that are effective against dengue, yellow fever, or influenza, for example, although there are some drugs that can control chronic viral infections, such as AIDS and certain forms of hepatitis. Another possible explanation for the absence of conclusive results on what works against COVID-19 and what does not is the lack of proper coordination and planning of clinical trials, which in many cases are not using adequate methodologies.

In a review study published in the journal Microorganisms in July, Atin Sethi and Horacio Bach, researchers at the University of British Columbia, Canada, found that the control methods were inadequate in many of the 26 clinical trials for COVID-19 therapies that they analyzed.

Some scientists also claim that a large number of studies involve fewer participants than needed for robust scientific evidence. “Clinical trials with a hundred participants at a single hospital are less able to provide an answer to a scientific question,” explains intensive care physician Luciano Cesar Pontes de Azevedo, head of Sírio-Libanês Teaching and Research, a professional development center at the hospital of the same name in São Paulo and a member of the Brazilian COVID-19 Coalition, which is conducting nine COVID-19 drug therapy studies in the country. 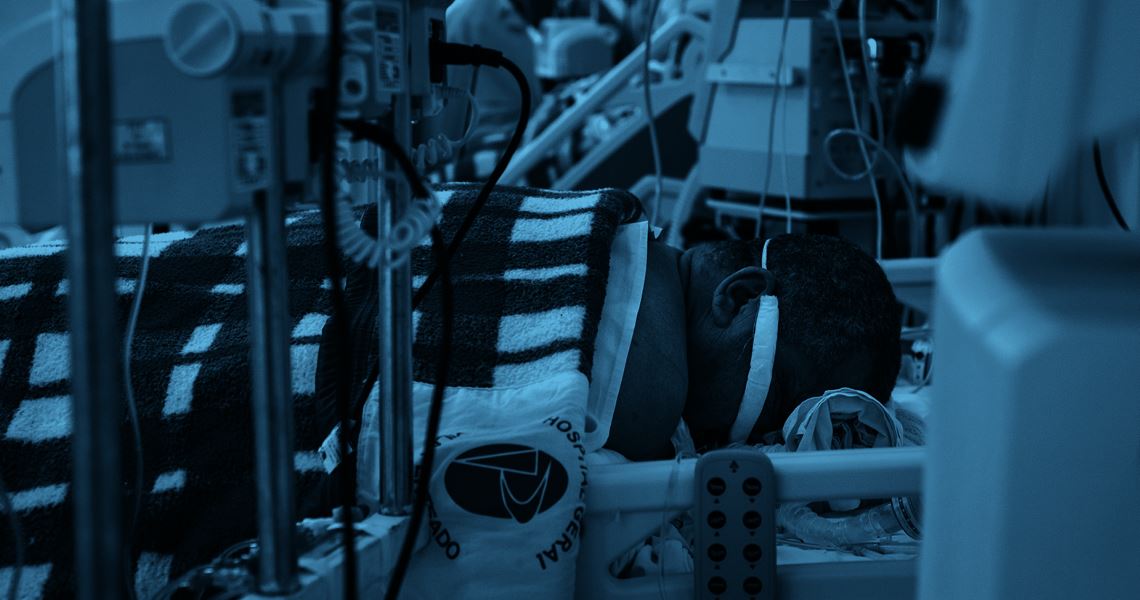 On August 21, clinicaltrials.gov, the world’s largest registry of clinical trials, run by the US National Institutes of Health (NIH), listed 3,086 trials at different stages evaluating treatments for COVID-19. Only 272 of them (9%) were following the most rigorous standard for clinical investigations: double-blind, randomized, and placebo-controlled. In these trials, participants are randomly allocated to the drug or placebo group (the latter receiving an innocuous substance) and neither the doctors nor the volunteers know which group they are in until the study is over.

Researchers at Stanford University, USA, analyzed 1,551 clinical trials of COVID-19 therapies registered on clinicaltrials.gov and concluded that only 29% were able to show the highest level of clinical evidence provided by individual studies. “The large proportion of studies with an expected low level of evidence is concerning,” wrote the authors of the article, published in the journal Jama Internal Medicine in July. They note that the dissemination of these results “can influence government actions and clinical practice in potentially harmful ways.”

But there is some wheat among the chaff—rigorous, well-organized tests whose results are beginning to help doctors determine potential treatments. One of the first clinical trials to yield promising results was the Adaptive COVID-19 Treatment Trial (ACTT) conducted by the US National Institute of Allergy and Infectious Diseases (NIAID). The study involved 1,059 participants, randomly separated into two groups: 538 received the antiviral remdesivir and the other 521 were given a placebo. Both groups had access to standard hospital care.

Originally developed by American pharmaceutical company Gilead Sciences to combat the Ebola virus, the new compound had already demonstrated in vitro potential for decreasing replication of the SARS-CoV-2 coronavirus. The test results, published in the New England Journal of Medicine in May, indicate that the compound reduced hospital stays by approximately 30%: half of patients treated with remdesivir left hospital within 11 days, while it took 15 days to reach the same point in the placebo group. There was also a lower number of deaths: 8% of those taking the antiviral died, compared to almost 12% of the control group. The statistical analyses, however, were unable to conclude whether this difference was random or due to the treatment.

Days after the results were announced, before the article was even published, the US Food and Drug Administration (FDA) authorized emergency use of the medication for patients admitted to hospital with COVID-19. The treatment guidelines issued by the NIH, the largest medical research center in the world, now recommend the use of remdesivir primarily in less severe cases. Experts suspect that the drug may have a more beneficial effect in the early stages of infection, when the virus is reproducing more intensely. For now, remdesivir is not available in Brazil—production is very limited, and its use has only been (provisionally) approved in the European Union and five other countries, but not in the USA.

It is a doctor’s old acquaintance, however, that has been the most consistent at treating COVID-19 to date: dexamethasone, a synthetic version of the hormone cortisol, which is produced by glands located above the kidneys and is a powerful anti-inflammatory and immunosuppressive agent. Inexpensive, widely available, and proven safe through six decades of medical use, dexamethasone reduced the mortality of hospital patients requiring respiratory support both in intensive care units and in general wards.

The effect of the drug was evaluated in a third of 6,500 patients taking part in one of the four treatment arms of the Randomized Evaluation of COVID-19 Therapy (RECOVERY) clinical trial, which includes a total of 11,500 people in 175 UK hospitals. Data published in the New England Journal of Medicine in July show that administering low doses (6 milligrams per day) decreased the death rate of patients receiving oxygen via catheter or mask by 20% and of intubated patients by 30%. Doctors believe that dexamethasone helps to control the immune system’s overreaction to the presence of the virus (see report).

“The survival benefit is clear and large in those patients who are sick enough to require oxygen treatment, so dexamethasone should now become standard care in these patients,” Peter Horby of the University of Oxford, UK, one of the leaders of the study, said in a press release. Use of the glucocorticoid is not recommended in milder cases or as a means of preventing infection.

Two other treatment arms of the RECOVERY study, each with nearly 5,000 participants, found no reduction in the number of deaths for the combination of lopinavir and ritonavir, which are used to treat HIV, and hydroxychloroquine, which showed no benefits in mild, moderate, or severe COVID-19 cases. A clinical trial conducted by the Brazilian COVID-19 Coalition, involving 667 patients with mild and moderate cases of the disease in 55 Brazilian hospitals, also found that hydroxychloroquine, when used alone or in combination with the antibiotic azithromycin, resulted in no clinical improvement. The study, presented in the New England Journal of Medicine, did not include critically ill patients. Despite this evidence, the Brazilian Ministry of Health has not rescinded its guidance, published in May, advising the use of chloroquine and azithromycin or hydroxychloroquine alongside antibiotics for mild, moderate, and severe cases of COVID-19.

Based on the results of these large clinical trials, the NIH and World Health Organization (WHO) treatment guidelines now recommend the use of dexamethasone. They also suggest using prophylactic doses of the anticoagulant heparin, since a significant proportion of people infected with the virus suffer excessive blood clotting. Possibly induced by the damage SARS-CoV-2 causes to the internal lining of blood vessels and the body’s disproportionate immune response, clotting reduces tissue oxygenation and can lead to the formation of blockages (thrombi) in important arteries and veins, sometimes proving fatal. These guidelines are designed to advise doctors, who are free to follow or ignore them at their own discretion.

At the University of São Paulo (USP) teaching hospital (Hospital das Clínicas), which is part of the largest hospital complex in the country, the treatment protocol for COVID-19 patients also recommends the use of antibiotics as soon as imaging tests show signs of bacterial pneumonia, a common secondary infection due to the damage caused by the virus. “Biopsies performed at the university showed that patients who died almost always had a bacterial infection,” says USP pulmonologist Carlos Roberto de Carvalho, who also works at the Coronavirus Contingency Center in the State of São Paulo.

At the beginning of the pandemic in Brazil, a team from USP developed a treatment protocol that was approved by the State Department of Health and recommended for the nearly 300 ICU beds at Hospital das Clínicas and the Heart Institute, as well as another 500 hospital beds statewide that are monitored by the university. According to Carvalho, this approach helped the state achieve a mortality rate of 45% among patients requiring mechanical ventilation, below the national average of 70% in public hospitals and 62% in private hospitals, according to data from the National Intensive Care Records. “It is still high, but it is encouraging due to the severity of these cases,” says the pulmonologist.

The treatment guidelines issued by Hospital Sírio-Libanês in São Paulo are more aggressive with regard to the use of anticoagulants. As soon as blood oxygen concentrations drop below a certain level (94% for people without a history of respiratory disease) or blood tests reveal signs of hypercoagulation, doctors administer a therapeutic dose of heparin (injected into the blood), double the prophylactic dose, which is injected under the skin. A team led by pulmonologist Elnara Negri was one of the first to use higher doses of heparin to combat hypercoagulation caused by COVID-19 (see Pesquisa FAPESP issue no. 291). Negri and Azevedo state that the mortality of patients on mechanical ventilation in the hospital is 11%, possibly due to good medical practices and more intensive anticoagulation treatment. “We are learning to identify patients who will go on to develop thrombosis earlier,” says Negri, who is also a researcher at USP. “But we still don’t know the best time to start the therapeutic dose of anticoagulant.” In search of the answer to this question, the group has started a clinical trial that will follow 200 patients over the coming months, in partnership with researchers from Canada and the Netherlands.

Some researchers testing other antivirals, anti-inflammatories, drugs that regulate the immune response, and antibodies believe it unlikely that a single compound will be capable of efficiently treating COVID-19. “There is a chance that we will succeed, but I don’t think it will happen,” says pulmonologist Margareth Dalcolmo, a researcher at the Oswaldo Cruz Foundation (FIOCRUZ) in Rio de Janeiro. “I think the treatment will require a combination of drugs.” Something doctors have learned over the last few months is the importance of good intensive care practices: maintaining adequate oxygenation levels, using anticoagulants and anti-inflammatory corticosteroids, and physiotherapy. “This was demonstrated in Germany, where the availability of beds and qualified professionals remained high and mortality rates were among the lowest in the world,” recalls Dalcolmo.