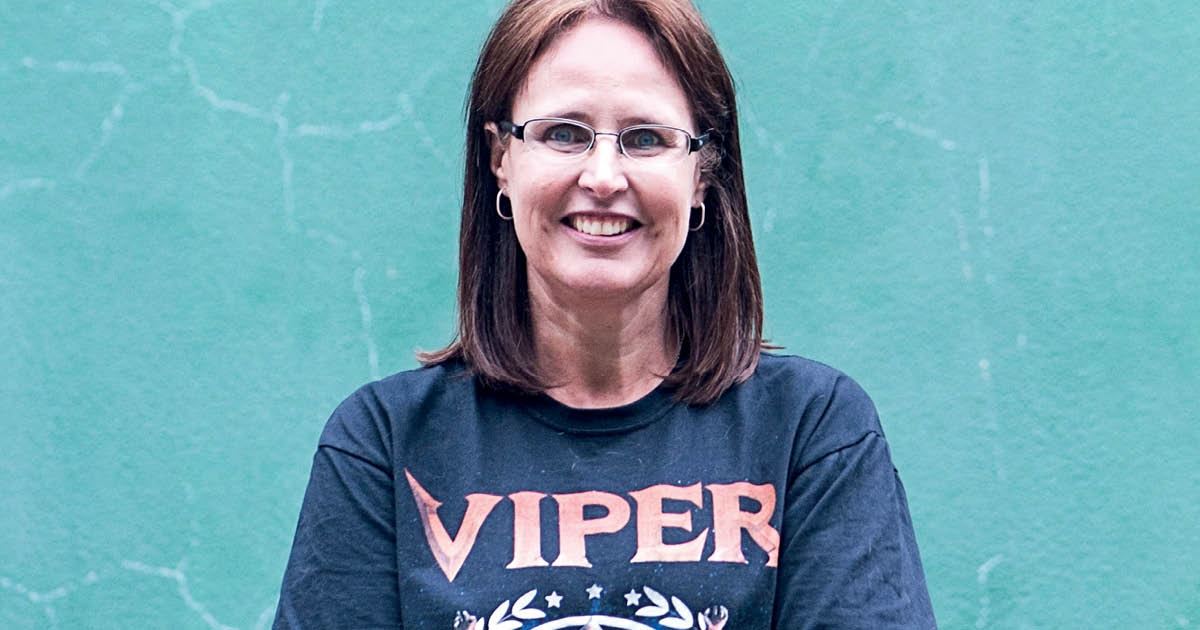 Butantan Institute researcher Cristina Anne Rheims has become famous among heavy metal musicians and fans. In 2019, after discovering four new species of spiders in the forests of São Paulo, Minas Gerais, and Espírito Santo, the scientist decided to name them after vocalists from well-known metal bands. “Since I am a huge rock fan, I took the opportunity to honor some of the musicians that I admire,” explains the 46-year-old biologist from São Paulo.

The new spiders discovered by Rheims are from the Sparassidae family, which she has been studying since she started her PhD in biological sciences at the Biosciences Institute of the University of São Paulo (IB-USP) in 2003. The four rockers she honored are André Matos (1971–2019), lead singer of Brazilian bands Viper, Angra, and Shaman; Bruce Dickinson, of British band Iron Maiden; Klaus Meine, of German band Scorpions; and Rick Allen, the drummer for British band Def Leppard. The scientific names given to the respective species were Extraordinarius andrematosi, Extraordinarius brucedickinsoni, Extraordinarius klausmeinei and Extraordinarius rickalleni. “I chose this name for the genus because the artists truly are extraordinary,” she says.

With an average size of 1.5 centimeters (cm)—up to 2 cm if you include the legs—the spiders discovered by Rheims are nocturnal, they live in forests in Neotropical regions, and they pose no risk to humans. Since it is impossible to accurately identify a new species based on field research alone, specimens are collected for further lab analysis. “In general, we prove that it is a new species by analyzing the genitalia. Just like a fingerprint, it is unique in each animal,” says the researcher.

The names given to the new spiders discovered by Rheims received attention from fans of the bands and even the artists themselves, with the study being reported on websites and radio stations in at least 16 countries, most of them in Europe. “Rick Allen and Klaus Meine, for example, thanked me for the tribute on their social media accounts,” she says. Naming scientific discoveries after celebrities is common among scientists. Artists such as David Bowie (1947–2016) and Angelina Jolie have also been the inspiration for arachnid species names. “There is an entire genus of spiders called Orsonwelles, in honor of director Orson Welles [1915–1985], the species of which are named after his films,” she adds. Rheims and her colleagues have already paid tribute to actor Arnold Schwarzenegger and the film The Predator by giving the name Predatoronoops schwarzerneggeri to a spider in the Oonopidae family.

Comprising 120 families and 4,157 genuses, there are currently about 48,500 known species of spiders worldwide. Since joining the Butantan Institute in 1996, Rheims has been responsible for describing 246 new species and eight new genuses. “There are many species of spiders that are still unknown, so we will certainly see other tributes in the future,” she concludes.