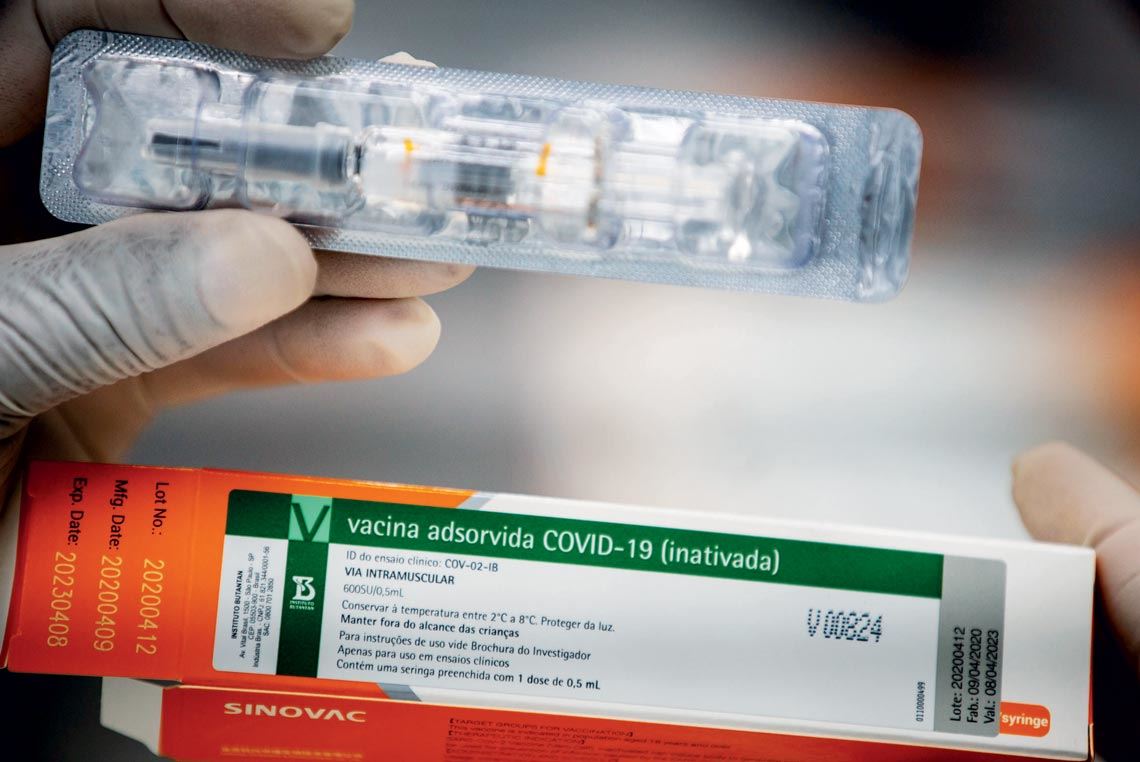 CoronaVac, a vaccine candidate developed by Chinese pharmaceutical company Sinovac Biotech, is safe and has no serious side effects, announced São Paulo governor João Doria on September 23. His statement was based on data provided by the company from a study involving 50,027 Chinese volunteers who received the vaccine, including Sinovac employees and their family members. Just 5.4% of participants suffered mild adverse reactions (pain at the application site, fever, fatigue, and loss of appetite). “The vaccine has an excellent safety profile,” said Dimas Covas, director of the Butantan Institute, which is conducting phase 3 clinical trials of CoronaVac in Brazil and plans to produce the vaccine. Analysis of 422 participants aged over 60 indicated that 97% of them produced antibodies against the virus. In another Sinovac study of 600 adults, 92% of the volunteers who received the CoronaVac vaccine generated antibodies (bioRxiv, August 10). The efficacy data, however, will only be published after phase 3 trials have been completed. Butantan expects to receive 46 million doses of the vaccine by December.