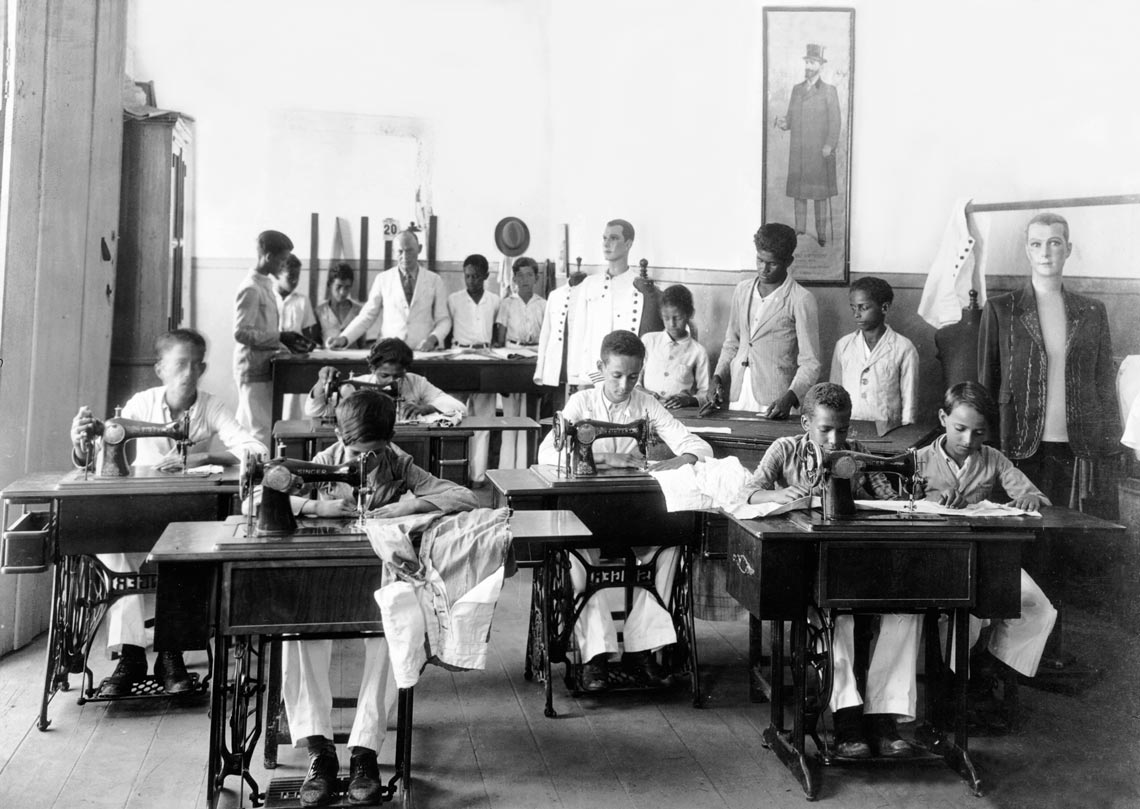 Boys in a dressmaking workshop in Goiânia (1934)

At the end of 1909, the Brazilian government launched an initiative to give young orphans or children from poor families the opportunity to acquire technical skills and professional training. At the time, it was officially declared that the creation of 19 Escolas de Aprendizes Artífices (Trade Apprentice Schools) sought to instill in adolescents a culture of work and to form citizens that were useful to their nation. Now, 110 years later, these schools are considered the starting point of a national policy for technical and vocational education, which resulted in the creation of the Federal Network of Professional and Technological Education, which is linked to the Ministry of Education (MEC) and today has 644 campuses across the country.

The schools were a response to the government’s concern regarding urban population growth and socioeconomic inequality in Brazilian cities. Such phenomena, in the words of Nilo Peçanha (1867–1924), then President of the Republic, demanded the adoption of mechanisms that would enable poor young people “to obtain the means to overcome the struggles of existence.” It was necessary to arm these individuals with technical training.

“It can be said that, at first, these institutions were of a welfare nature,” explains Francineuma Guedes Candido, a professor and technical-administrative servant at the Federal Institute of Ceará, in Fortaleza. The goal, she says, was to ensure that young people had a job to keep them away from addiction and crime. “At the same time,” Candido explains, “these schools were conceived as part of a project to develop the country by training specialized labor in a wide range of activities, offered according to local needs, for the industries that formed in some regions of the country.” At the Natal school, in Rio Grande do Norte, for example, workshops in shoemaking, carpentry, tailoring, tinsmithing, and metalworking were offered, while in São Paulo—given the potential of the local industry—the courses offered were mechanics and turnery. The Brazilian economy was still focused on exporting agricultural products at the beginning of the 20th century—while in Europe and North America, industrial capital had, for some time, been the main propelling force.

“There were few businesses in Brazil in the mid-1850s,” says Jesué Graciliano da Silva, a professor at the Federal Institute of Santa Catarina, in Florianópolis. “They numbered 200 in 1881 and 600 in 1889,” explains the researcher, who studied the history of the institutes as part of his doctoral research at the Federal University of Santa Catarina (UFSC). 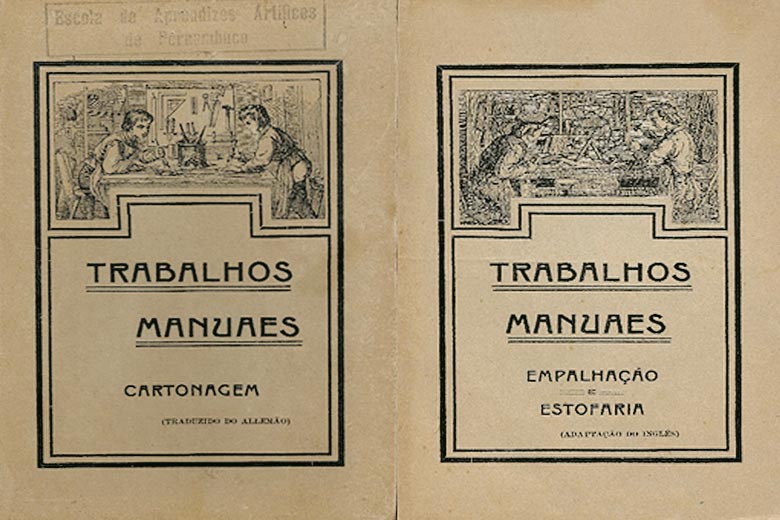 Cover of the textbook used in the teaching of carton production, taxidermy, and upholsteryPrivate Collection of Luisa de Marilac de Castro Silva

Under the authority of the Ministry of Agriculture, Industry and Commerce, the schools began to be built in January 1910. “For the first time, the Brazilian government took on the mission of promoting professional training in all corners of the country,” says historian Renato Marinho Brandão Santos, a professor at the Federal Institute of Rio Grande do Norte, in Natal. “Any such initiatives created up until then had been exceptional.”

Acre and Rio Grande do Sul were the only states not covered. The former had been incorporated into the national territory only a few years prior, while the latter, since 1906, had been home to the Professional Institute of the School of Engineering of Porto Alegre, later called the Parobé Institute. “The state of Rio de Janeiro was included, but not its capital; the apprentice school was built in Campos dos Goytacazes, President Peçanha’s hometown—and it still exists today,” Marinho adds.

The activities that took place in these schools were aimed exclusively at boys between 10 and 14 years old. The first decades were difficult; dropout rates were high and very few students concluded their studies, causing the model to be constantly adjusted. One of these adjustments took place in the 1930s, at the beginning of Getúlio Vargas’s (1882–1954) first presidential term. The country’s industrialization process required that the training of workers be readjusted “to fit the requirements of modern technology.” “The lack of skilled workers and foremen was felt in factories and industries,” explains Francineuma Candido, who started studying the history of Trade Apprentice Schools during her master’s degree. 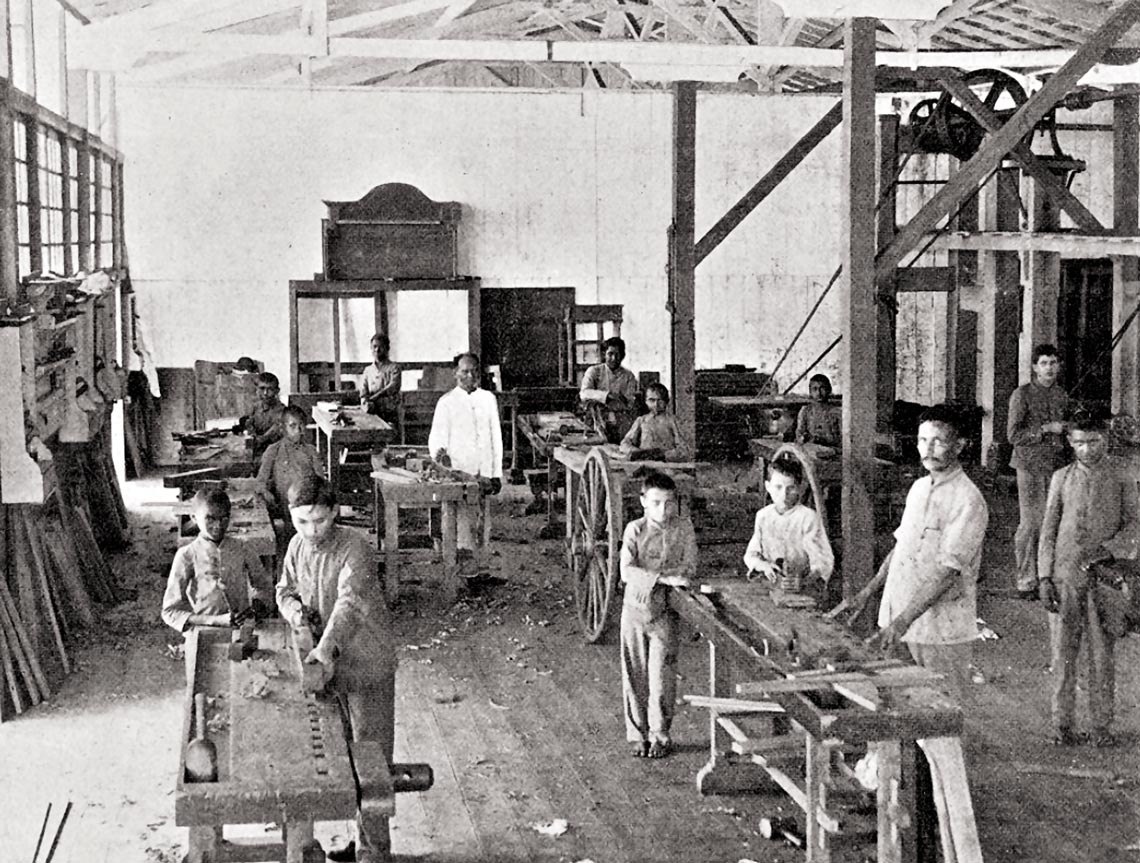 Youngsters in a carpentry workshop at Pará Apprentices SchoolITEC / UFPA

This process occurred over the following decades through laws that reorganized the goals and administrative structures of the schools. The most significant change came in 1942, when the lyceums became Industrial and Technical Schools. “Vocational education became secondary, thus distancing itself from the basis of the Trade Apprentice Schools,” says Marinho. Over time, the government began to invest in other types of training. The Federal Technical and Agrotechnical Schools, founded in February 1959, illustrate this policy.

In 1971, the government of General Emílio Médici (1905–1985) instituted an education reform, and secondary schools gained a vocational nature throughout the country. The goal was for students to leave school qualified to perform technical jobs in commerce, industry, construction, and in the field. “The initiative developed for some time, but it ultimately did not succeed,” Candido states. “In addition to the lack of qualified teachers, many schools did not have the necessary equipment.” Reports mention students who, lacking typewriters, trained using cards where keys had been drawn. In 1982, the government eliminated the requirement for high schools to include vocational training.

The changes continued, with the Federal Technical and Agrotechnical Schools gradually becoming Federal Technological Education Centers—which also began offering undergraduate and graduate education. “At the same time, there was an effort by governments to try and expand these centers to other regions of the country,” Silva adds. “This process intensified in the 1990s and 2000s.”

In the 2000s, the government reformulated its policies related to professional and technological education, in the context of developing the Education Development Plan. “The Federal Network of Professional and Technological Education prioritized social issues—without abandoning economic ones, while being based on the assumption that education is liberating,” explains Marinho. In 2009, on their 100th anniversary, the schools were given the name they hold today: Federal Institutes of Education, Science and Technology. Around the same time, the government began expanding these institutions, covering areas further away from large urban centers. 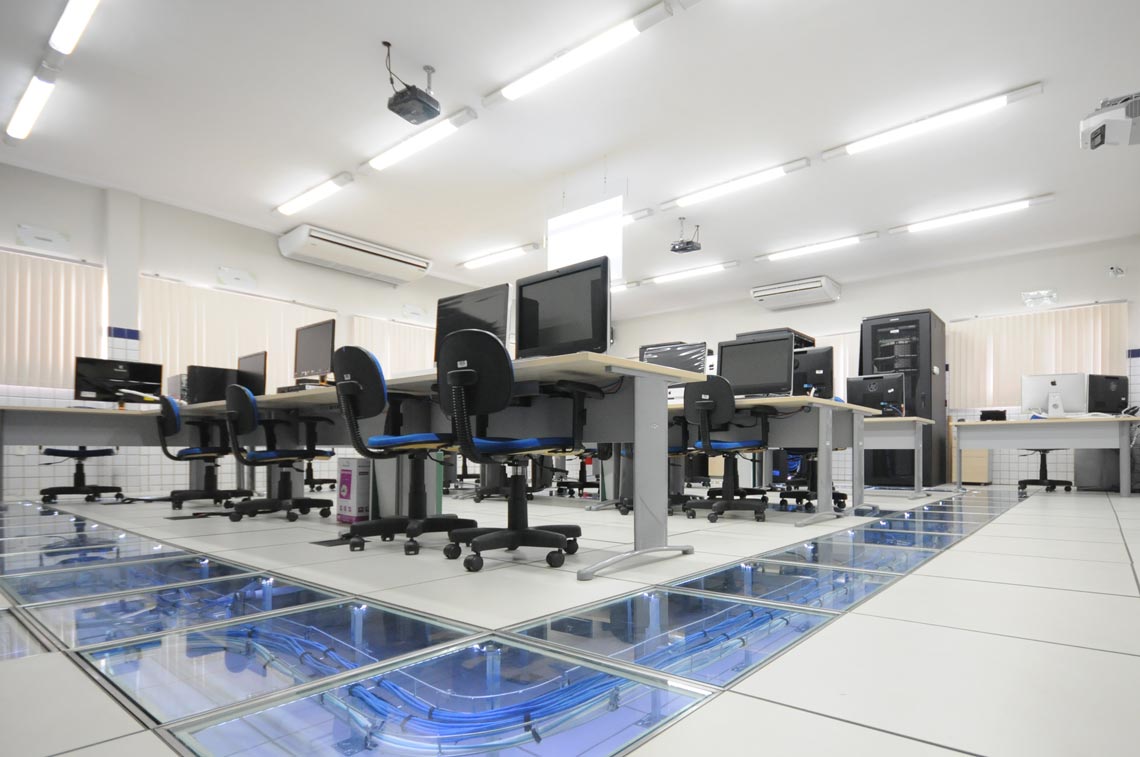 In 2005, the country had 140 technological education centers. “During the next 10 years, more than 500 new institutes were established throughout Brazil, which helped democratize access to education for millions of young people from poor municipalities in rural areas,” states Silva. The 644 campuses that make up the network today offer around 480,000 openings in over 11,000 programs, from vocational training to PhD. “In some municipalities, we represent the only opportunity to obtain training and access to high-quality culture and education,” Silva points out.

“Students from the Federal Institutes are very well trained and qualified both for the job market and academic careers,” says Eder Sacconi, Associate Dean of Research and Graduate Studies at the Federal Institute of São Paulo. “In surveying students who graduated from our institute, we found many of our alumni in management positions in large and medium-sized companies, as well as many entrepreneurs,” he claims.

The expansion meant that, over time, the value of technical education increased, attracting the middle class. “In times of high unemployment, the training offered by the institutes opens up many possibilities in the job market and can make a difference,” says Candido, who believes the increased demand for this type of training is also due to their role, in different situations, as a gateway to higher public education.

She points to their relevance in the local reality as one of the main attributes of federal institutes. “Our work always prioritizes regional issues or local productive potential,” she states. As an example, Marinho mentions the integrated technical program in textiles, offered at the Caicó campus of the Federal Institute of Rio Grande do Norte, in the Seridó region, which has been providing trained labor for the local textile industry.