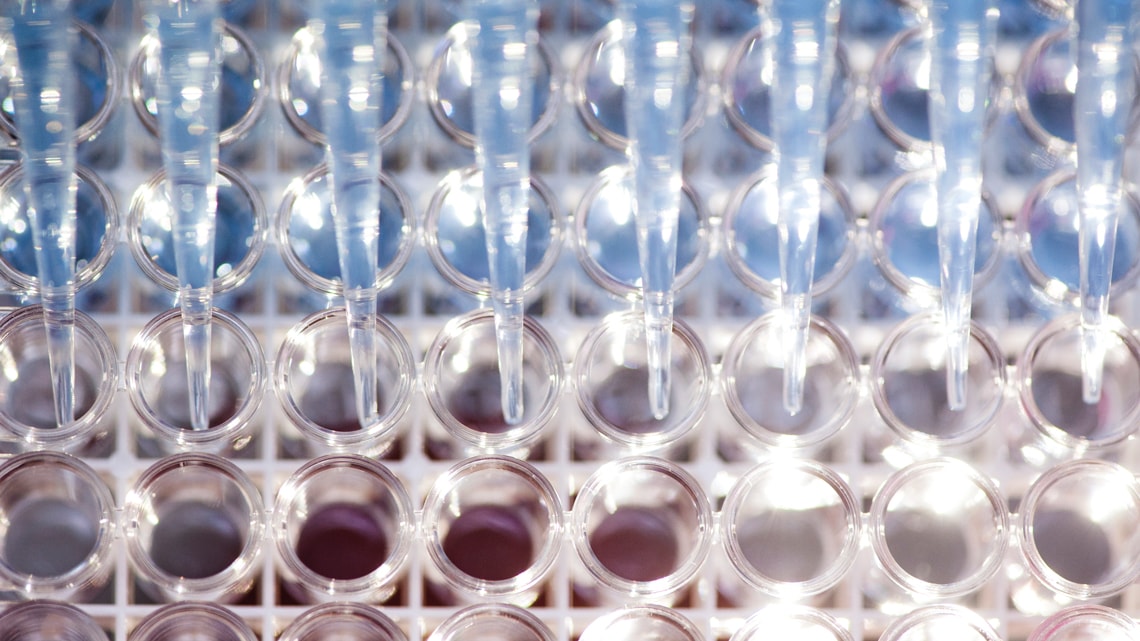 In 2015, a previously little-known disease emerged in Brazil, but its origin and consequences, especially microcephaly, soon became the subject of major international attention. Officially, the number of reported cases of Zika has dropped significantly over the past four years, from 216,000 in 2016 to 2,300 between January and March this year. The actual scale of the epidemic, however, is unknown, since the most commonly used exams—rapid tests and serological tests—do not always correctly identify the virus. The problem is that the Zika virus and the dengue virus are genetically very similar, making it difficult to distinguish between the two. This is called cross-reactivity, a diagnostic limitation known for at least 20 years. To complicate matters further, the two diseases also share certain clinical symptoms, such as fever and muscle pain, and both viruses are transmitted by the same mosquito species: Aedes aegypti. Differentiating the Zika virus is essential to enabling a laboratory diagnosis of the disease, to give us an understanding of how fast it spreads through the population, and to guide preventive measures.

Since 2016, the Brazilian Health Regulatory Agency (ANVISA) has approved 48 Zika virus identification tests for sale by nine domestic companies (both private and public) and 16 importers, based solely on information from the manufacturers themselves. The agency has approved 5 rapid tests, 36 serological tests, and 7 molecular tests. The rapid tests measure the number of antibodies against the virus in the blood, which remains low in the first few days after infection. Similarly, serological tests detect antibodies whose production has been stimulated by the presence of the virus, especially type G and M immunoglobulins (IgG and IgM, respectively), which can be detected five to seven days after symptoms begin. Antibodies are produced by defense cells and permanently remain in the blood, although it is not always possible to identify which pathogen activated their production. These types of exams can be done a week after the disease is contracted, and cost less than a molecular test.

Known as an RT-PCR, which stands for reverse transcription polymerase chain reaction, molecular tests measure specific sections of each virus. They are the most accurate method, but the test must be done by a specialist team, no later than a week after infection, when the virus is still in the blood. At private labs, the price of a Zika diagnostic test ranges from R$10 to R$600, depending on the method adopted.

According to the manufacturers, the tests can differentiate between antibodies produced in response to Zika and those resulting from dengue. But there are indications that the results are not always reliable. “The serological tests currently available do not seem to be capable of differentiating between infections caused by the Zika and dengue viruses,” says infectious disease specialist Guilherme de Sousa Ribeiro, from the School of Medicine at the Federal University of Bahia (UFBA) and the Oswaldo Cruz Foundation (FIOCRUZ) in Salvador. “Manufacturers need to provide more detailed information about the tests and the samples they used to validate them.”

Ribeiro led an assessment of two Zika tests made by one of the leading manufacturers, Euroimmun, a subsidiary of a German multinational. In the resulting paper, published in the Virology Journal in July 2018, a test designed to detect IgM antibodies failed to diagnose 87.5% of Zika patients and gave false positives in 2% of cases, indicating a viral infection that did not actually exist. 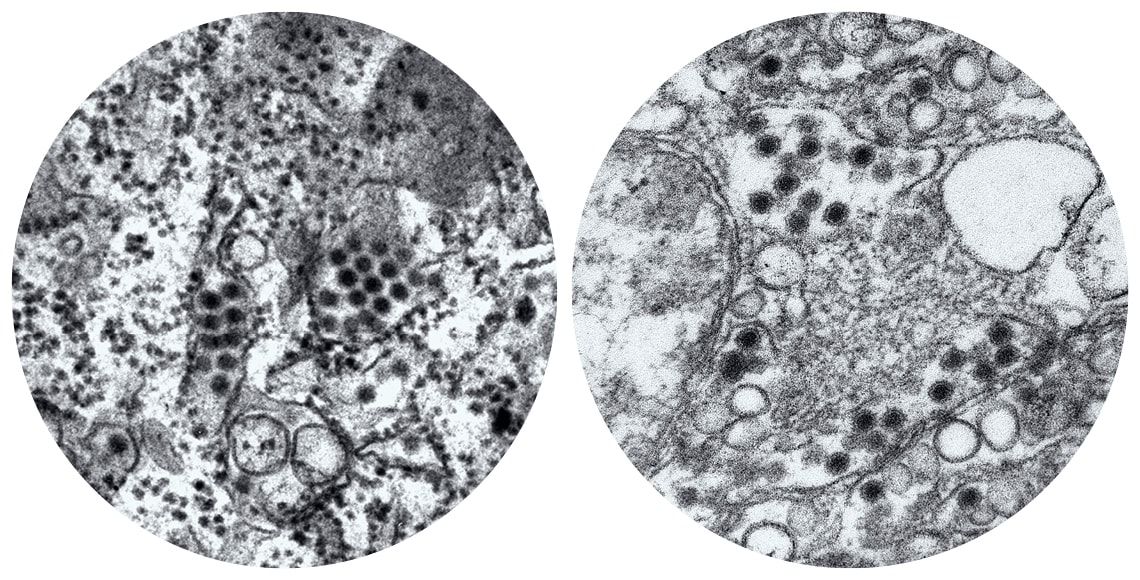 The dark circles in these microscopy images represent the dengue virus (right) and the Zika virus (left). The surface proteins of the two viruses have a genetic similarity of 15–45%Frederick Murphy / CDC and Cynthia Goldsmith / CDC

Conversely, the IgG antibody test had a sensitivity (percentage of people with a disease correctly diagnosed) of 100% and a specificity (percentage of people without the disease correctly given a negative result) of 27.3% in serum samples from dengue patients and 45% in blood donor samples. With the latter test, all samples from people with the disease were positive, but many who have not had the disease received false positives, erroneously indicating that they had contracted the virus.

Euroimmun disputed the assessment’s methodology and results. Gustavo Janaudis, the company’s executive director, says the test identifies 100% of people who have the virus in their blood and has a false positive rate of just 2%. “The cross-reactivity with dengue is virtually zero,” he says. Mobius Life Science, a Brazilian company based in Pinhais, Paraná, makes tests that use its own technology to identify the Zika virus by detecting the NS1 antigen. According to Aline Leck, the company’s scientific advisor, the tests, which have not been independently assessed, are also capable of identifying 100% of people with the Zika virus and returns false positives just 2% of the time. The NS1 protein is one of the first to be produced by the body when infected by Zika.

“We cannot rely on information from the manufacturers,” says infectious disease specialist Celso Granato, a professor at the Federal University of São Paulo (UNIFESP) and a medical advisor for Grupo Fleury, a network of 185 diagnostic laboratories in eight Brazilian states. “The tests may work in other countries, but not here. The virus strains found in the Brazilian population are different to those in the countries where the tests were produced.” According to Granato, teams from Fleury attempted to validate a number of tests using blood samples from patients confirmed to have had Zika in 2016, with results up to 30% lower than those claimed by the manufacturers. 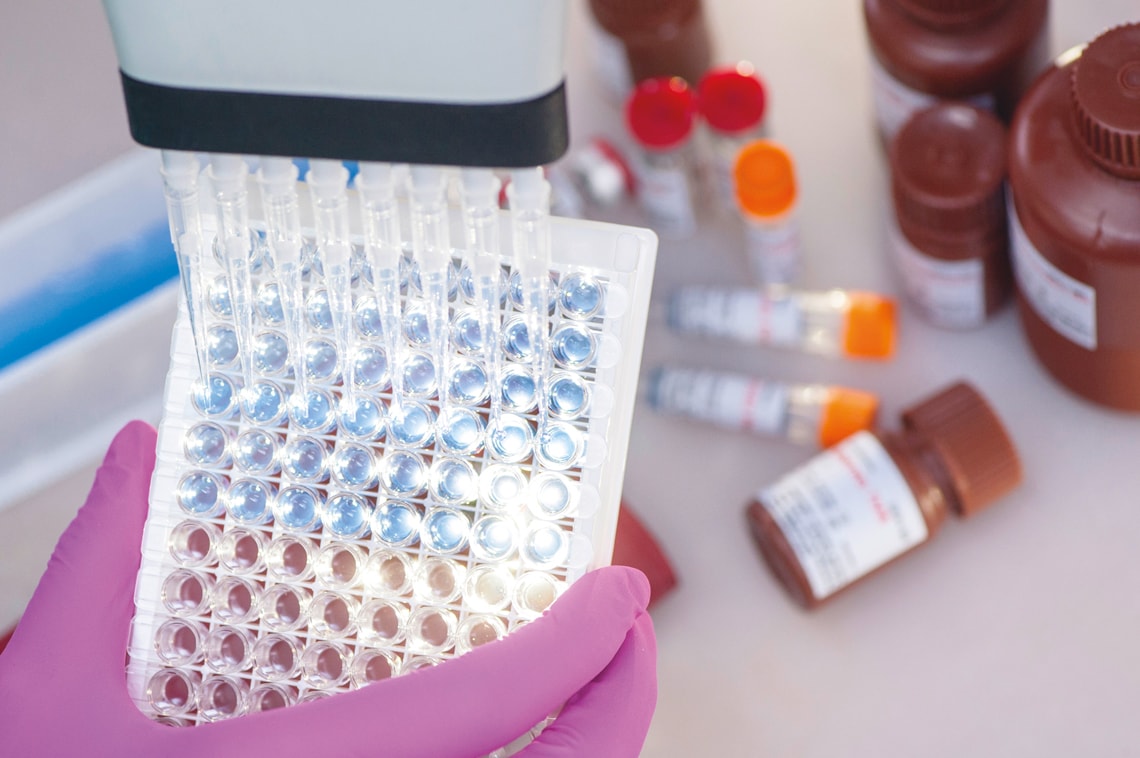 New test
The Institute of Biomedical Sciences at the University of São Paulo (ICB-USP) has created a Zika serological test in partnership with AdvaGen, a small company with a dozen employees based in Itu, São Paulo State. Founded by two entrepreneurs, with no involvement by any researchers, AdvaGen was producing petri dishes when the Zika epidemic hit the country and its owners contacted ICB-USP about creating a test. Before adopting its current name, the company received funding from FAPESP’s Technological Innovation in Small Businesses (PIPE) program.

Under development since 2015 with the goal of avoiding cross-reactivity with the dengue virus, USP’s test is being assessed in hospitals, research centers, and clinical laboratories across São Paulo and other states. According to ICB-USP researcher Danielle Oliveira, leader of the project, the test accurately identifies the Zika virus in 92% of infected patients and has a maximum false positive rate of 5%.

The test has a low risk of cross-reactivity because it is based on a fragment of the NS1 protein specifically related to the Zika virus. Other manufacturers also claim to use part or all of this protein in their Zika tests. “NS1 is one of the first proteins that the Zika virus releases into the bloodstream and induces intense antibody production,” explains biologist and ICB-USP director Luis Carlos de Souza Ferreira, who participated in the project. According to Wagner Rodrigues, managing director at AdvaGen, the goal is to produce the protein in a much larger volume and as quickly as possible so that the company can participate in major tenders promoted by the Brazilian Ministry of Health.

In February this year, based on reports from the Brazilian National Institute for Quality Control in Health (INCQS), linked to FIOCRUZ, ANVISA banned the Bahia state government’s Foundation for Scientific Research and Technological Development, Supply, and Distribution of Medicines (BAHIAFARMA) from producing rapid tests for Zika, dengue, and Chikungunya. The reports stated that the test results were not reliable. According to its press office, BAHIAFARMA has challenged the allegations through the courts. It also said production had been ceased before the ANVISA ban due to the termination of its contract with the Ministry of Health, for which it has provided roughly 6.5 million Zika, dengue, and Chikungunya tests since 2016, at a value of approximately R$165 million. The Zika test, developed in partnership with Korean company Genbody, was one of the first used in the country and according to BAHIAFARMA, is capable of correctly identifying 94% of people infected with the Zika virus, with a false positive rate of 7%.

Public institutions compete with private companies for orders from the Ministry of Health, research centers, and private clinical laboratories. FIOCRUZ’s Institute of Immunobiological Technology (Bio-Manguinhos) produces tests that detect IgG and IgM using technology developed by American company Chembio. Made with fragments of viral proteins, including NS1, they have a sensitivity and specificity of over 95%, according to Antonio Gomes Pinto, manager of the Bio-Manguinhos/FIOCRUZ program for the technological development of diagnostic reagents. “However, with samples from dengue patients, we found cross reactivity with our Zika tests at levels greater than 50% for IgG,” he says. “High cross-reactivity, especially for IgG response, is evident in all commercial diagnostic tests currently available in Brazil and worldwide.”

Although 41% to 46% of the Zika and dengue virus surface protein sequences are different, the similarities are enough to cause cross-reactivity: most antibodies that react to the dengue virus surface proteins also react with Zika’s, according to a study by researchers at Imperial College, London, published in the journal Nature Immunology in 2016. The Centers for Disease Control and Prevention (CDC) in the United States warn that no Zika test is 100% accurate. Sometimes the results are negative even when there is an infection, or they are positive when no disease has been contracted.