Fossil of the new species and reconstruction of its skull

There are no living species of manatee in the stretch of the Madeira River that passes through the Brazilian state of Rondônia. Over the last few thousand years, the upper Madeira’s current has become faster, preventing growth of the vegetation on which the strange-looking aquatic mammals feed. At 3 meters (m) long and almost 500 kilograms in weight, the Amazonian manatee (Trichechus inunguis) prefers the calmer waters of the rivers and temporary lagoons found further north and east. It was in Rondônia, however, that the three fossils recently used to describe a new species of manatee, Trichechus hesperamazonicus, were found.

Researchers from Minas Gerais and Rondônia presented the new manatee, whose name indicates that it is from the western region of the Amazon, in an article published in the Journal of Vertebrate Paleontology in January. There are no living specimens of the new species, only mineralized fragments of the jaw and part of the skull of individuals that died thousands of years ago. The finding is important, however, because it represents the fourth manatee species of the genus Trichechus, and the second that lived in fresh water. In addition to the Amazonian manatee, which lives exclusively in rivers in Brazil, Colombia, and Peru, there are two saltwater species: the West Indian manatee (T. manatus), found between the south coast of North America and the north coast of South America, and the African manatee (T. senegalensis), found off the west coast of Africa from Senegal to Angola. 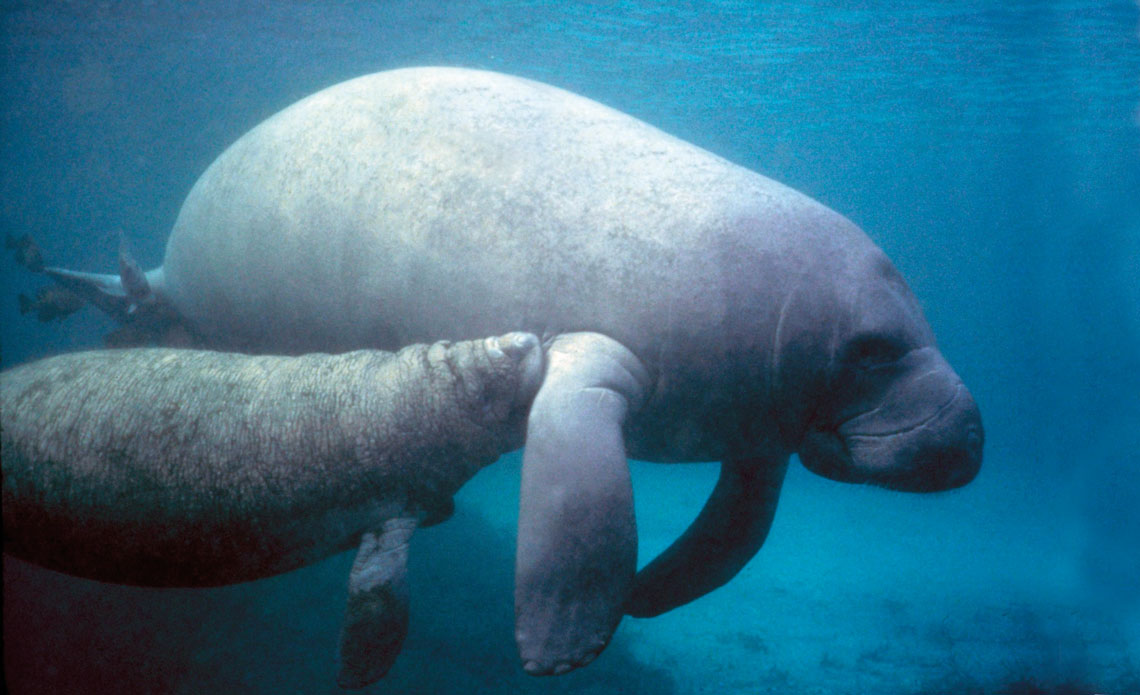 Manatees are part of the Sirenia, an order of fully aquatic, herbivorous mammals. As well as the four species of the genus Trichechus, the order also includes the dugong (Dugong dugon), an Indo-West Pacific marine mammal with a forked tail fin—manatees have a fan-shaped tail. Distant relatives of the elephant, manatees and dugongs have a long and flexible snout that they use to collect food. Only the Trichechus however, renew their teeth continuously throughout life.

“The new species is composed of an assortment of characteristics, some in common with other species, others unique,” says zoologist Fernando Perini, from the Federal University of Minas Gerais (UFMG), lead author of the article describing T. hesperamazonicus. Although it lived in fresh water like T. inunguis, its teeth, large but few in number, resemble those of the marine species. The West Amazonian manatee had six pairs of molars on each side of its mouth, while T. inunguis has nine smaller pairs. Despite this difference, T. hesperamazonicus’s mandible is similar to that of T. inunguis: the end is less curved, indicating that the mouth pointed forward to enable the mammal to eat plants on the surface. In marine species, the jaw curves downward, making it easier to consume plants on the sea floor. 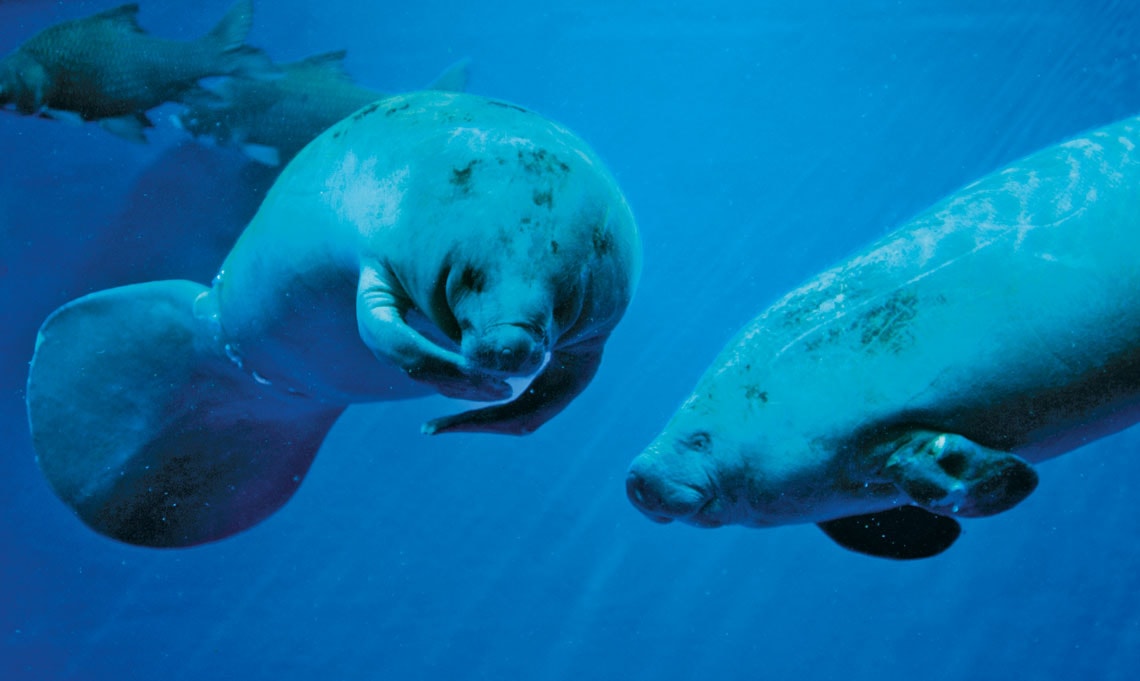 Two characteristics distinguish T. hesperamazonicus from other manatees. The back of the jaw, which is L-shaped and connects to the skull near the ear, is unusually wide and hides the back teeth, suggesting that it had bigger and stronger jaw muscles. Another difference is that the teeth on the lower arch are angled inward, while those on the upper arch slant outward. “These anatomical characteristics led to the identification of the species, the first proven manatee fossil, as different from other known species,” says paleoecologist Peter Mann de Toledo, from the Brazilian National Institute for Space Research (INPE), an expert on dugongs.

The three fossils used to describe the west Amazonian manatee were found in the 1980s and 1990s by artisanal miners from the village of Araras, in the municipality of Nova Mamoré, 290 kilometers southwest of the state capital, Porto Velho. They were later donated to research institutions. At the time, the region of Rondônia close to the border with Bolivia was being intensely mined for gold. In some places, the mines on the banks of the Madeira River reached 30 m deep, where primitive river beds were found containing fossils of T. hesperamazonicus and other animals. “Even today, you can see sparkling grains of gold in the rock surrounding the fossils,” says Argentine paleontologist Mario Cozzuol, from UFMG, who led the description of the new species. 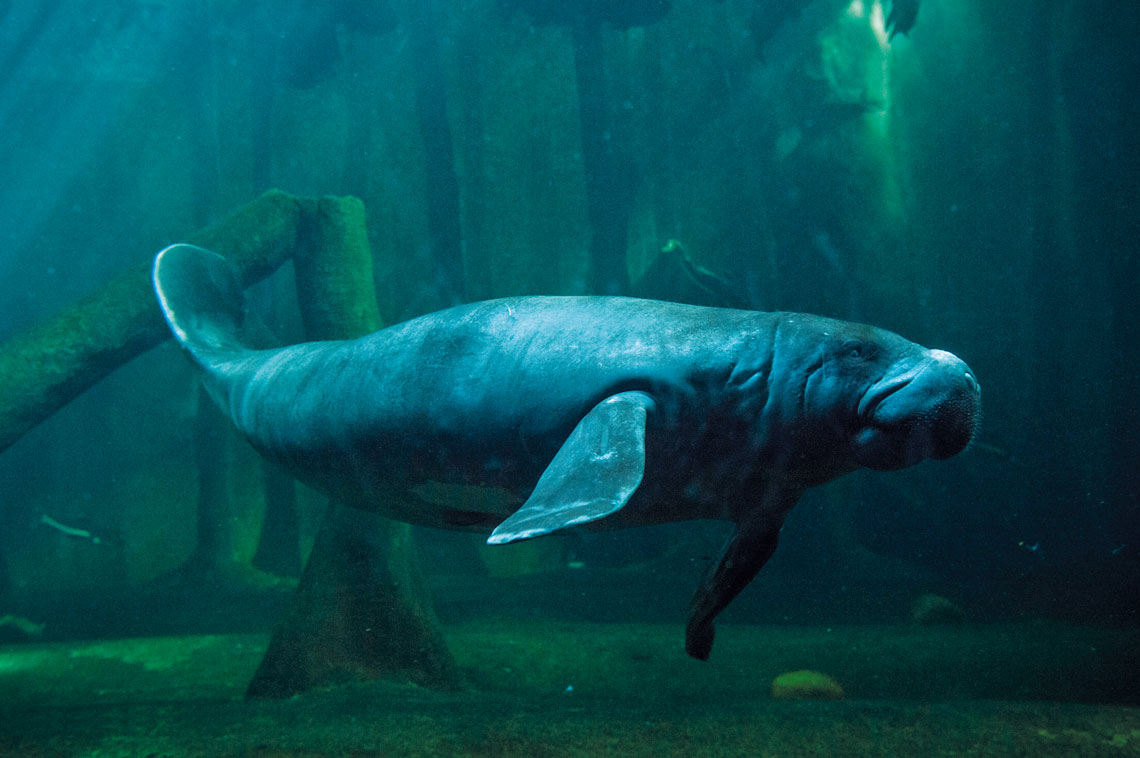 Together with geologist Edgardo Latrubesse, now at Nanyang Technological University in Singapore, and palynologist Silane Caminha of the Federal University of Mato Grosso, Cozzuol visited the artisanal mines and mapped the layers in which the fossilized T. hesperamazonicus specimens were found. Samples of two palm trees in the same fossil layer were dated, indicating that the manatee lived around 45,000 years ago, during the upper Pleistocene, which lasted from 126,000 to 12,000 years ago. As well as T. hesperamazonicus, the researchers also found fossils of deer, peccaries, tapirs, porpoises, and specimens of now-extinct megafauna. “These fauna records indicate that the climate was hot and humid and that there were large bodies of water,” says paleontologist Ednair Rodrigues do Nascimento, director of the Rondônia State Museum and coauthor of the description of the new manatee.

In the Amazon, there are no sediments—and consequently no fossil records—from between the upper Pleistocene and about 5 million years ago. As a result, says Cozzuol, it is impossible to know when T. hesperamazonicus first emerged. “There are many unanswered questions about when, where, and how the manatee species emerged, and this new species is only the first piece in the puzzle,” says American paleontologist Daryl Domning, from Howard University, USA, a respected Sirenia expert. According to Domning, we need to find other parts of the skeleton to gain a better understanding of how this species relates to the others. “We will have to discover much more before we know how the new animal fits into the evolutionary history of manatees,” he says.

Scientific article
PERINI, F. A. et al. A new species of Trichechus Linnaeus, 1758 (Sirenia, Trichechidae), from the upper Pleistocene of southwestern Amazonia, and the evolution of Amazonian manatees. Journal of Vertebrate Paleontology. Jan. 17, 2020.