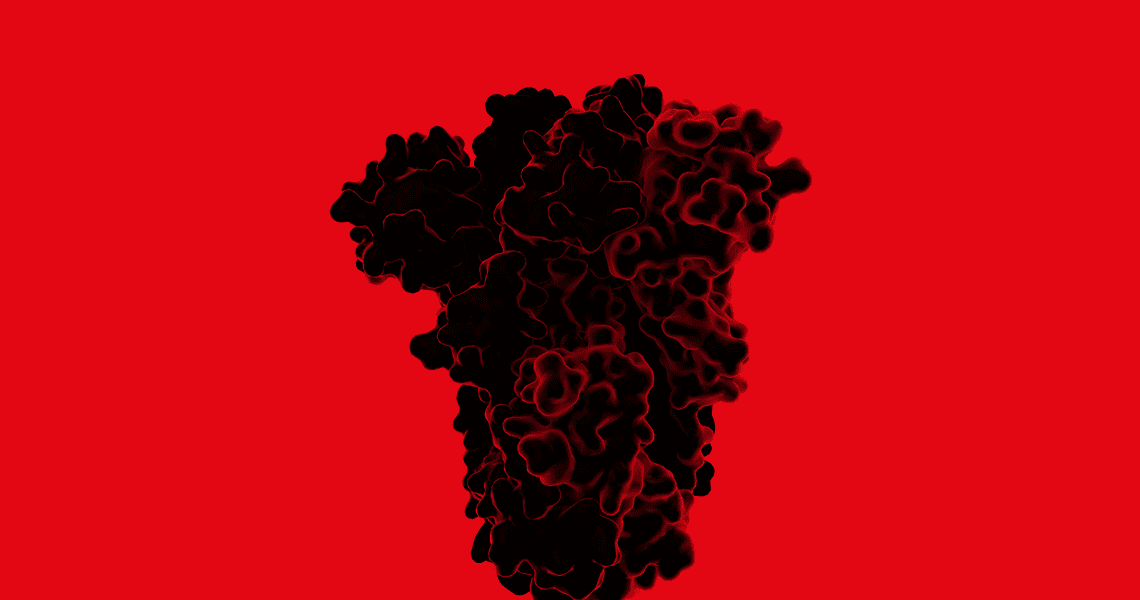 A few days before Christmas, while global headlines focused on the recently approved COVID-19 vaccines, new information about the SARS-CoV-2 virus was raising concerns. British scientists and officials informed the World Health Organization (WHO) that a new variant of the virus appeared to be associated with a rapid increase in the number of cases in Southeast England. According to preliminary analyses, the new strain, the genome of which has multiple mutations, was linked to a potential 70% increase in transmission rate, states a report by the European Center for Disease Prevention and Control (ECDC).

“Preliminary data suggest that this variant is more infectious, but further studies are still needed to confirm whether it is actually transmitted more quickly than the others,” Portuguese computational virologist Nuno Faria, professor of viral evolution at Imperial College London’s School of Medicine and associate professor at the Department of Zoology of the University of Oxford, UK, told Pesquisa FAPESP. Faria runs a joint project with physician Ester Sabino, from the Department of Infectious Diseases at the School of Medicine (FM) of the University of São Paulo (USP), who sequenced and analyzed the first genomes of the novel coronavirus in Latin America in record time in order to analyze its transmission patterns in Brazil.

In mid-December, the number of confirmed infections by the new variant—identified as VUI 202012/01 (Variant Under Investigation, year 2020, month 12, variant 01) and belonging to lineage B.1.1.7—increased every day in the UK. The strain has already been identified in Australia, Denmark, and the Netherlands.

According to the ECDC report, the new variant has 29 mutations from the original virus identified in Wuhan, China, nine of which affect the spike protein used by the virus to infiltrate human cells. “One of the mutations is a deletion [where a piece of the gene is lost] at position 69-70 of the spike protein,” Said Faria. “In the lab, this mutation appears to result in an increased viral load, which may be associated with faster transmission.” The higher the viral load in a patient, the more of the virus they will exhale, increasing the likelihood that they will infect someone else.

According to virologist and president of the Brazilian Society of Virology Fernando Spilki, from Feevale University in Novo Hamburgo, Rio Grande do Sul, no specimens of SARS-CoV-2 whose genome has been fully sequenced in Brazil have belonged to lineage B.1.1.7. “We are actively searching,” he said, referring to a network of virologists instituted to monitor the evolution of the novel coronavirus. One of the mutations in the new variant, identified as N501Y, was present in a sequence analyzed by Brazilian researchers in April, but it appears to have since disappeared from the country. 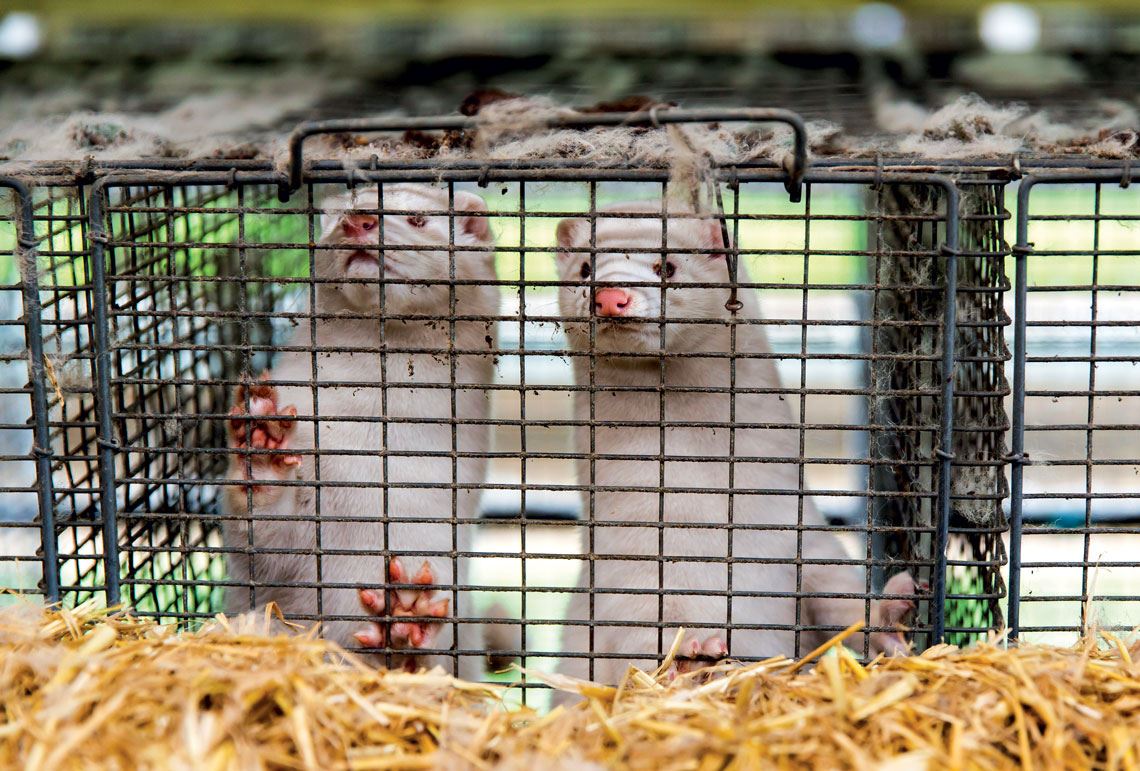 VUI 202012/01 is not the first SARS-CoV-2 variant causing concern among scientists and authorities. In early November, the government of Denmark, the world’s largest producer of mink fur, decided to cull every mink in captivity because of mutations in the virus identified on fur farms.

Within a matter of weeks, 11 million of the country’s nearly 17 million mink had been euthanized. The Nordic country also banned mink breeding until the end of 2021. The move came after it was found that the novel coronavirus had jumped from infected farmers and workers to the minks, spread quickly among the animals without killing them, and then jumped back to humans with alterations to its genetic code.

Researchers in the country have identified at least 170 variants of coronavirus related to the minks. One variant in particular, known as cluster 5, drew particular attention due to having four mutations in the part of the genome that encodes the spike protein. According to the WHO, preliminary findings suggest that human antibodies are less adept at neutralizing viruses of this lineage.

So far, no change has been found in terms of SARS-Cov-2’s virulence due to this or any other of the identified mutations, but scientists are wary of the possible consequences on the immune response conferred by vaccines. Most of the vaccines under development target the virus’s spike protein.

“It is too early to know the potential implications of the mutations circulating in relation to the vaccines in production, which are based on sequences of the spike protein from the virus circulating a year ago,” says Faria. “At the moment, the data show that the virus’s relatively slow evolution will benefit these vaccines. There is also evidence that people have similar immune responses to infections by different variants. The clinical outcome depends more on demographic and socioeconomic factors, such as age, sex, comorbidities, and health care access.”

Thousands of SARS-CoV-2 mutations have already been identified, but not all affect the genome. From the end of 2019, when the first infections were recorded, until December 2020, the novel coronavirus has accumulated about two fixed mutations per month, says the virologist. “New genetic variants emerge and spread in the viral population as a result of a complex combination of genetic drift [the evolutionary mechanism of genes], natural selection, epidemiological processes, and modes of transmission. Some of these variants thrive, becoming widespread in the population during the course the pandemic,” he says. According to the scientist, the virus’s evolution speed—the rate at which new variants of SARS-CoV-2 emerge—was estimated at about 30 fixed mutations of the genome per year.

While the terms “mutation” and “mutant virus” may sound scary to the general public, they are commonly used by virologists and biologists. Mutations are part of the evolutionary process of all organisms, including plants, animals, and microorganisms. “Viruses undergo mutations, just like every other living being,” says Brazilian biomedical expert William Marciel de Souza, who is at the University of Oxford conducting postdoctoral research on genomic and metabolomic approaches to the study of Chikungunya disease. According to Faria, more than 800 strains of SARS-CoV-2 have been identified around the world. Of these, at least 40 have been detected in Brazil, but the number could be higher, since it is possible that other strains are circulating that have not yet been identified.

A mutation is any change in the genetic code, according to virologist Francisco Murilo Zerbini of the Federal University of Viçosa (UFV) in Minas Gerais, president of the International Committee on Taxonomy of Viruses (ICTV), an organization formed by professionals who work with viral classification. In humans, most animals, plants, and microorganisms such as fungi and bacteria, the information needed to reproduce and function is stored in DNA molecules. Viruses are the only microorganisms that can also store genetic information in RNA molecules, which is the case with SARS-CoV-2. Any alteration to the base sequence of the genome, which usually occurs during replication, is called a mutation.

Of more than 800 strains of SARS-CoV-2 identified worldwide, at least 40 have been detected in Brazil

But while human beings take years to reproduce, viruses replicate millions or billions of times per day. In the process, sequences of the nucleotides (the base chemical unit of genes) that compose their RNA or DNA can be altered. “This is completely random. Because viruses replicate so quickly and generate so many copies, they evolve very quickly, unlike us,” explains Souza. Mutations can occur anywhere in the genome and may or may not be beneficial to the virus. According to Souza, new strains tend to become more infectious and less lethal—the virus needs to replicate, and it needs the cells of a living host to do so.

The novel coronavirus is an RNA molecule, protected by a protein shell (capsid), which in turn is enclosed within a lipid envelope, derived from the host cell. It is part of the Coronaviridae family—the envelope of which has a spike-shaped S protein, giving the virus its crown appearance—and the Betacoronavirus genus. Because it is an RNA virus, it is less stable and more likely to mutate than DNA viruses. The former generally have long genomes and molecules that correct errors in the genetic code during replication.

“An example of a DNA virus is herpes, which is very stable and can have up to 250,000 base pairs,” says Souza. SARS-CoV-2, meanwhile, has 30,000 bases. Among all RNA viruses, the coronavirus has one of the longest genomes. “Most of the RNA viruses that cause disease in humans or animals have a shorter genome, such as Zika, Chikungunya, dengue, and yellow fever.” All have between 10,000 and 12,000 bases.

“SARS-CoV-2 actually changes very little. Compared to other RNA viruses, it is monotonous,” notes Spilki. “When we talk about mutant strains, people probably think that one lineage has a completely different genome to another; that’s not the case with the coronavirus. Of the nearly 30,000 nucleotides in its genome, we sometimes see four, five, or six different ones from one lineage to another. This is a virus with a very stable genome.” According to Spilki, this is because SARS-CoV-2, despite being an RNA virus, has an enzyme that can correct errors when they occur.

The vast majority of mutations have a negative impact on viruses, says Zerbini. “They usually cause them to replicate less efficiently, and so with these harmful mutations, variants tend to disappear.” There are some, however, that have a positive impact—and in such cases, the new variant often becomes predominant. So far, one of the most investigated new strains of the novel coronavirus is D614G. It emerged in China in January 2020, quickly spread to Europe and New York, and in March and April it became dominant worldwide, including in the Americas. Although it has not been linked to any increase in severity, some studies suggest that the virus with this mutation has a moderately faster transmission rate.

“Laboratory analyses indicate that cellular infectivity is higher in animals infected with the D614G variant,” said Brazilian microbiologist Fabrícia Ferreira do Nascimento, a researcher at Imperial College London. Infectivity is the ability of a pathogen to infect and multiply within a host. Nascimento coauthored an article published in the journal Cell in November that described a study of more than 25,000 SARS-CoV-2 genome sequences, conducted in the UK, that analyzed the effects of the D614G mutation on the transmissibility and pathogenicity of the virus. “In the human population, infections with this variant were associated with a high viral load.”

In Brazil, says Spilki, the most prevalent strains of the novel coronavirus as of November were B.1.1.28 and B.1.1.33. Both carry the D614G mutation. “This is not just in Brazil, it’s worldwide. They are the most predominant strains in most countries.” Spilki heads a network of scientists set to begin large-scale genetic sequencing of the SARS-CoV-2 variants found in Brazil. “Thousands of virus genomes will be sequenced. We want to understand how the virus is transmitted.”

Rede Corona-ômica BR, an initiative created by the Ministry of Science, Technology, and Innovations (MCTI), is composed of scientists from 12 institutions, including the University of Campinas (UNICAMP), São Paulo State University (UNESP), the Federal University of Rio de Janeiro (UFRJ), USP, and the Oswaldo Cruz Foundation (FIOCRUZ). “One of the network’s goals is to detect mutations and to understand how the virus evolves and spreads, to identify epidemiological chains and how it moves from one location to another, whether in hospitals, within families, or in population centers,” says Spilki.

The researchers highlight that when the virus jumps into a different species, it mutates until it finds a balance, adapting to its new environment. They are therefore concerned about the strains coming from mink in Denmark. For the experts, the Danish case and the lineage identified in Southeast England show the importance of robust surveillance, including the sequencing of virus samples and sharing of data between countries and scientists.