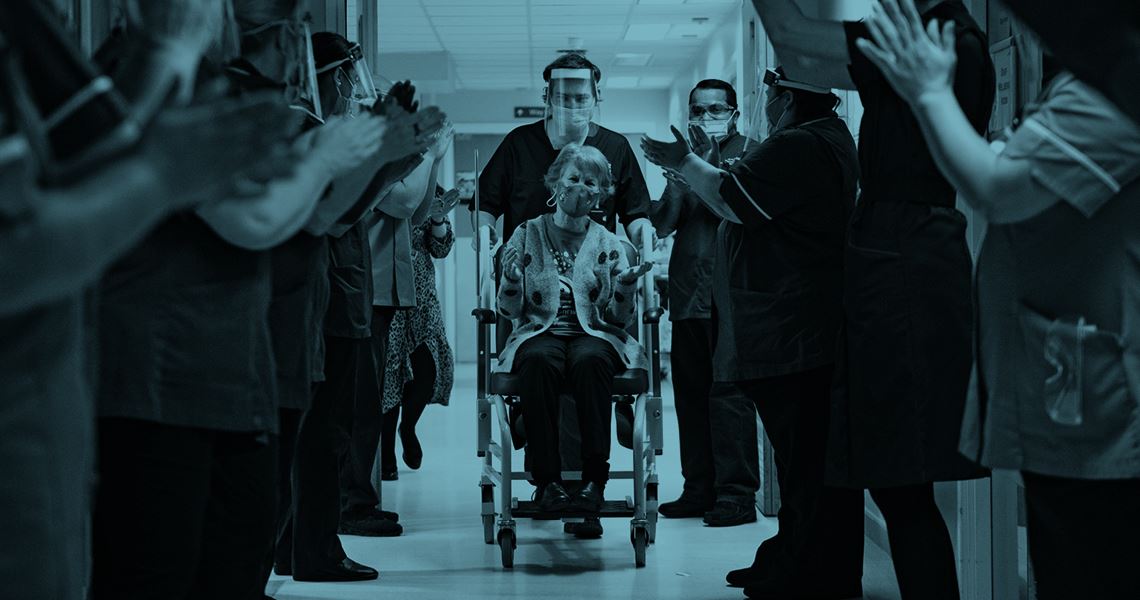 Margaret Keenan, 90, was the first person to get the BioNTech/Pfizer vaccine in the UK

The expression of relief on the faces of UK residents when getting the first dose of a vaccine against the novel coronavirus, in early December, is not just the result of an accelerated race to stop the advance of the 2020 pandemic. Based on a technology that uses messenger RNA molecules synthesized in a laboratory to stimulate a specific immune response against the SARS-CoV-2 virus, the two vaccines with the best results in human trials—both achieved about 95% efficiency—inaugurated the era of so-called genetic vaccines. These are products that have benefited from years of trial-and-error scientific work, and investments in two not-so-recent startups in biotechnology: BioNTech, a German company founded in 2008 by married doctors of Turkish descent—which joined forces with the giant and hundred-year-old company Pfizer, from the United States, to develop a vaccine against SARS-CoV-2; and the American company Moderna, established in 2010 in Cambridge, a town near Boston, in the state of Massachusetts.

Before the first cases of COVID-19, these small businesses had no products on the market yet but had been working on research involving messenger RNA for vaccines against other diseases. With the pandemic, they quickly redirected these efforts and redoubled their bets on this technology, now focused on finding an effective vaccine against infection by the new coronavirus. Although it is still early to predict the impact of the vaccines in controlling the pandemic, the strategy appears to have been successful. Now, these vaccines—and the others currently being developed—can be decisive in controlling one of the largest pandemics in history, which has affected approximately 70 million people and claimed the lives of 1.6 million people worldwide.

During its first five years, BioNTech—founded by Ugur Sahin, now 55, and Ozlem Türeci, 53—favored the production of scientific knowledge. While no products have been released on the market, about 150 scientific articles have been published. The priority area for the company’s initial research efforts was developing personalized medicine, anchored in genetic treatments against cancer. In 2013, their focus was expanded to include other diseases. The two researchers also began investing in biotech platforms based on messenger RNA. The German company has had a partnership with Pfizer since 2018. Their initial cooperation was geared toward creating a vaccine against influenza based on messenger RNA technology. With the pandemic outbreak, efforts were quickly redirected to developing a vaccine against COVID-19. “BioNTech has been losing money since its inception, 12 years ago; we invested over US$1 billion to develop our messenger RNA technology platform,” said Ryan Richardson, BioNTech head of strategy, during a press conference of the British newspaper Financial Times, in 2020. 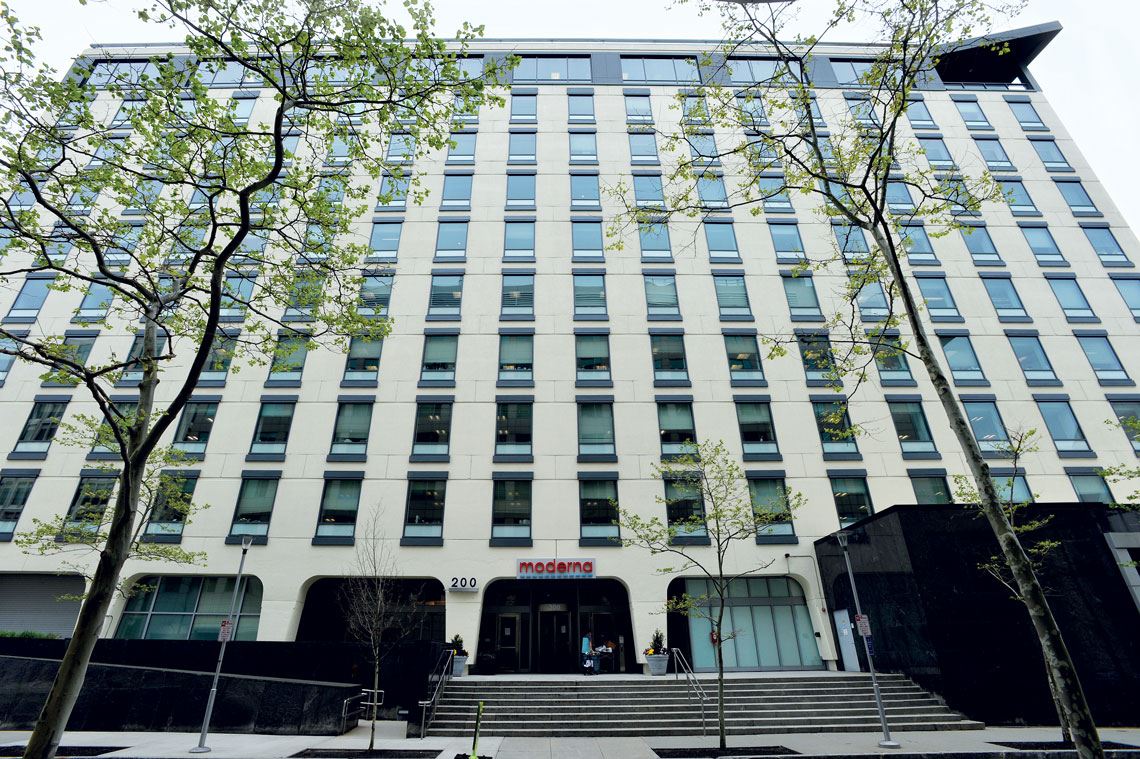 Moderna headquarters in Cambridge, in the US state of Massachusetts: its genetic vaccine is about 95% effectiveJoseph Prezioso / AFP

The German company is small with 1,300 employees currently. Until recently, it was relatively unknown. Its partner in the development of the vaccine against COVID-19, Pfizer, is a global leader in testing, responsible for producing and distributing the vaccine on a large scale. The success of the vaccine created by BioNTech—based in the city of Mainz, on the banks of the Rhine—can be illustrated with a number. From October 2019, when the company’s shares were first introduced to Nasdaq, in New York, to October 2020, its shares rose nearly 260%. Today, the startup is valued at US$3.4 billion.

Before BioNTech, Sahin and Türeci—children of Turkish immigrants, who met at Saarland University—were previously successful with another biotechnology company, Ganymed, founded in 2001—the year they were married. According to the German press, Sahin and Türeci returned to work at the lab shortly after their wedding. The goal of the company, whose name comes from a Turkish expression that can be translated as “economic gains through hard work,” was pioneering the development of monoclonal antibody therapies against cancer. The two researchers managed Ganymed for eight years in parallel with BioNTech. In 2016, Ganymed was sold to the Japanese pharmaceutical company Astellas for US$1.4 billion. The company was a spin-off from the University of Mainz, in Germany, and the University of Zurich, in Switzerland. Twin brothers Thomas and Andreas Strüngmann, well-known investors in the biotech sector, were major shareholders of Ganymed and, later, of BioNTech.

Moderna, which is working on developing a COVID-19 vaccine with scientists from the National Institute of Allergy and Infectious Diseases (NIAID), in the United States, had a similar technological trajectory. With about 800 employees, the Massachusetts startup, currently developing nine vaccines against various diseases, managed to begin phase 1 trials on humans for its vaccine candidate in March, ahead of its German competitor. By phase 3, it also had 95% efficiency, similar to the BioNTech/Pfizer product. 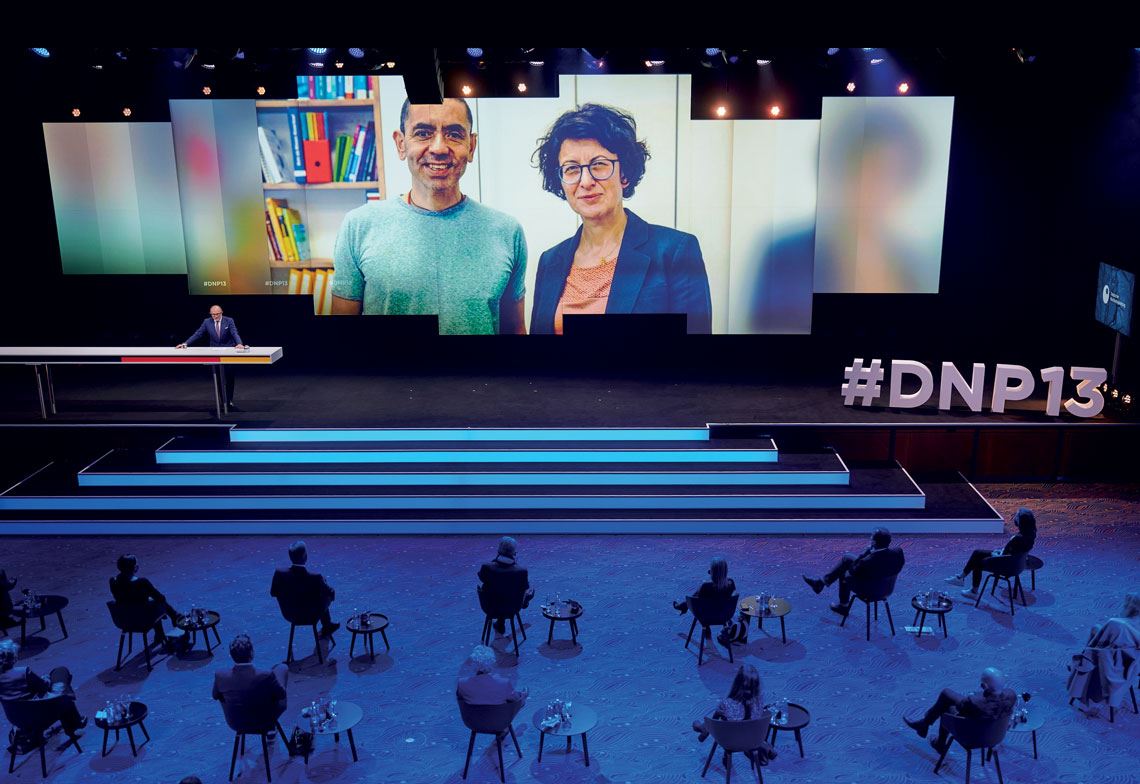 “Both Moderna and BioNTech make use of recent discoveries in stabilizing messenger RNA and its effects of decreasing inflammation when injected into humans,” explains immunologist Jorge Kalil, from the University of São Paulo School of Medicine (FM-USP). According to Kalil, when COVID-19 emerged, these two companies were quick to use the proven method to produce vaccine candidates for the new coronavirus. “They shared knowledge and were both smart and lucky. They realized the methodology worked and immediately began clinical trials,” shares the immunologist. The USP researcher lists yet another factor that explains the success of messenger RNA vaccines so far: “They can be produced more quickly than traditional methods. This is because the relevant section of the viral RNA is obtained through chemical synthesis.” There is no need to handle the virus, only produce the RNA segment that expresses the protein that triggers the immune system response. In the case of Sars-CoV-2, it is the spike protein, which allows the virus to penetrate the host cell.

Until the beginning of the century, it was not possible to make the messenger RNA produce a particular protein when injected into a living organism. The molecule containing instructions for the making of the protein was unstable and easily destroyed by defensive cells in animals. In 2005, a series of scientific papers began to spread knowledge on mechanisms to stabilize the structure of RNA when the molecule was injected into the muscles of animals during laboratory tests. Messenger RNA could then be packaged into small particles and thus was not degraded in the bloodstream. Within the human body, the synthetic fragment of genetic material, now stable, makes the body itself synthesize the protein encoded by it. Because this protein is identical to that of the virus responsible for the infection (in this case, the Sars-CoV-2), the body triggers the production of antibodies against this protein. Thus, when the coronavirus invades a vaccinated individual, there will be an army of cells on standby to face it. 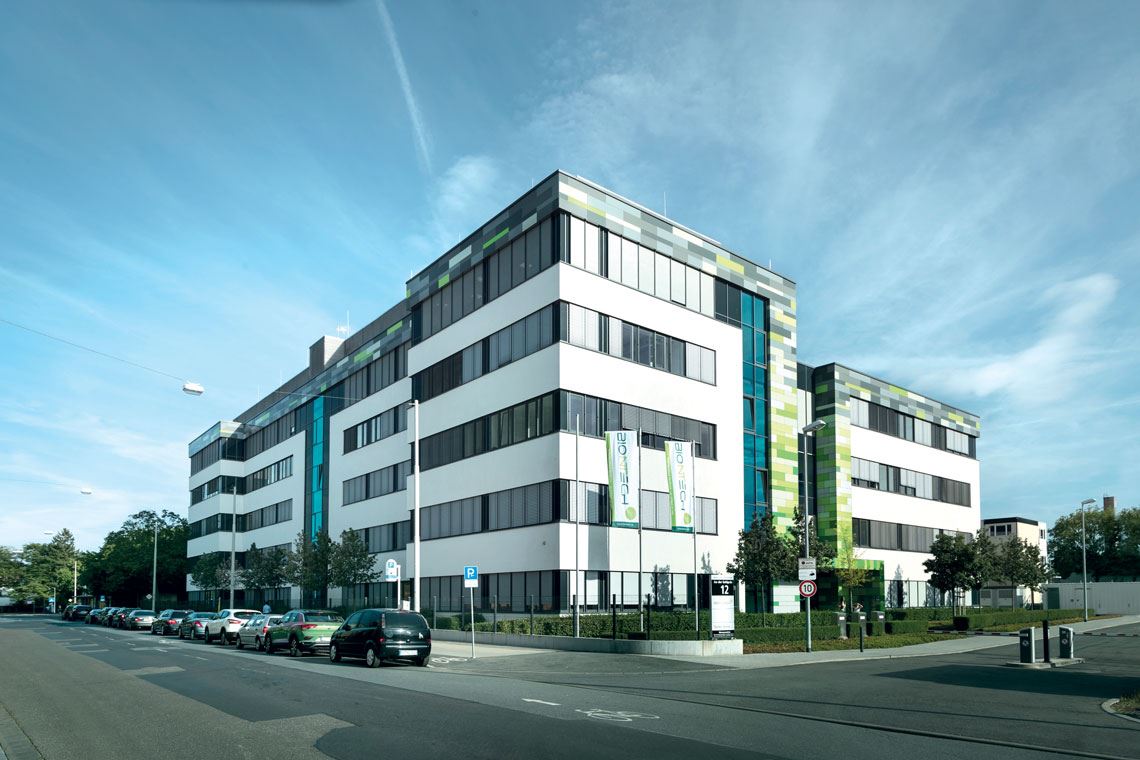 At the time, the positive results regarding the stabilization of messenger RNA drew the attention of some researchers. Among them were the couple that would establish BioNTech and Canadian biologist Derrick Rossi, who helped create Moderna in 2010 (he resigned from the company in 2014 due to disagreements with the other partners). From the beginning, the American startup focused on messenger RNA technology. Two years after being founded, the company received an investment of US$40 million from capital funds for biotechnology. The Swedish-British giant AstraZeneca—who chose another technological direction for its COVID-19 vaccine candidate (based on the use of adenoviruses) and joined forces with the University of Oxford, in the UK—invested US$240 million into Moderna in 2012 toward the development of biotechnological products using messenger RNA. To date, however, these products have not yet been released by Moderna. In recent years, an aggressive policy by company executives drew in millions of dollars for Moderna projects. In 2020, through Operation Warp Speed, the US government invested about US$2.5 billion into the startup’s COVID-19 vaccine.

“Indeed, despite not knowing BioNTech and Moderna in depth, we can say that they took advantage of a certain time and things just happened,” says infectious disease expert Esper Kallas, from the FM-USP, who helped test a dengue vaccine developed by the Butantan Institute in Brazil. “I believe it was more than just luck. These companies had been working on an RNA platform for some time, which until recently was nothing but a promise.”

Around the world, there are several other research groups and startups focused on fighting the coronavirus. So far, the two most promising vaccines, by Moderna and BioNTech/Pfizer, are yet more evidence that continued, long-term investment produces results—although, of course, the maturation process of projects can be long and subject to failure. “The AstraZeneca/Oxford vaccine, which was also developed quickly, uses a chimpanzee adenovirus as a vector. This technology was already being investigated for vaccines against other diseases, such as Ebola and Zika,” explains Kalil, from USP. However, as in the case of research on messenger RNA, the pandemic has changed everybody’s plans.