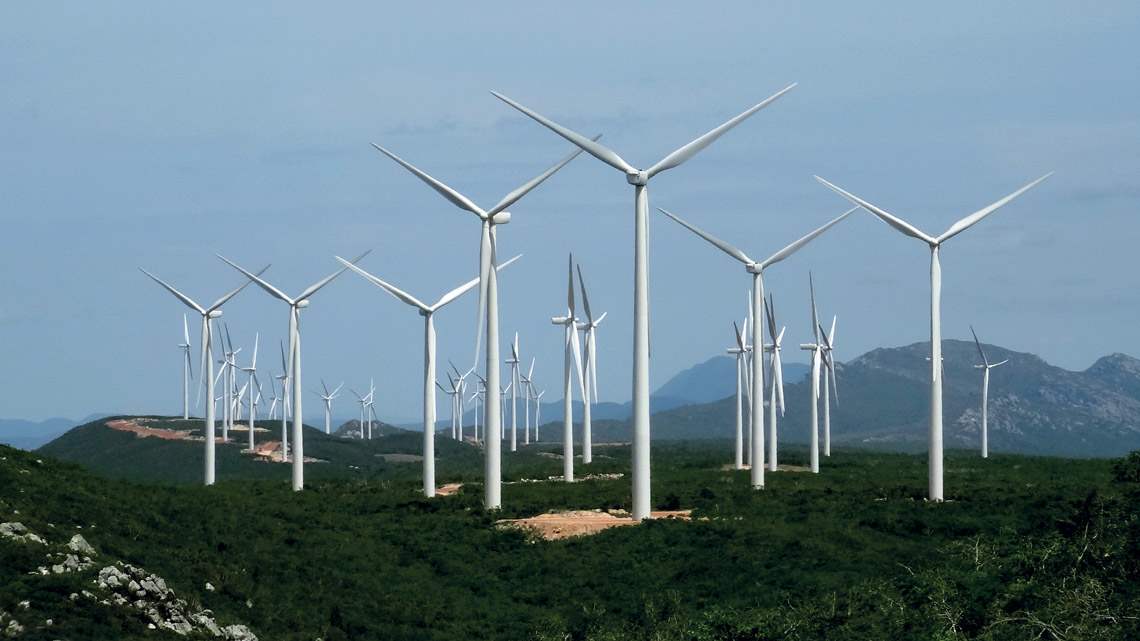 One of the largest wind farms in South America began operating in the rural outback of the Brazilian state of Piauí in June this year. Located 500 kilometers (km) south of Teresina, the state capital, the Lagoa dos Ventos complex comprises 230 wind turbines that convert the power of the wind into electricity, installed at the top of 118-meter-high towers. The project, the result of a R$3 billion investment by Italian company Enel Green Power, will generate 3.3 terawatt-hours (TWh) of energy per year, enough to supply 1.6 million homes. The clean and renewable energy generated at the site will prevent the emission of more than 1.9 million tons of carbon dioxide (CO2) into the atmosphere compared to a thermoelectric plant, says the company. The power station is currently being expanded to raise the generation capacity to 5 TWh/year.

When it was inaugurated, the wind farm in Piauí became one of 750 operating in the country, 90% of them located in the northeast. According to the Brazilian Association of Wind Energy (ABEEÓLICA), altogether they comprise 8,800 generators, which last year produced enough electricity to meet the demand of 28.8 million homes, equivalent to 86.4 million people. Since 2019, wind has been the second biggest source in Brazil’s power generation mix and has grown more than any other. With a total capacity of 20 gigawatts (GW), it is surpassed only by hydraulic energy, which has a capacity of roughly 103 GW.

“In terms of adding new wind power facilities, Brazil was third in the world last year,” says Elbia Gannoum, executive president of ABEEÓLICA. Sixty-six new wind farms were inaugurated in 2020 and another 54 have begun operating to so far this year. “We were responsible for 43% of the new capacity added to the Brazilian power generation mix and Brazil is seventh in the world for wind power.” The country’s generation potential is estimated at around 500 GW, which would be enough to meet the current national energy demand three times over. It is triple the current total power generation capacity provided by all sources, including wind, water, biomass, natural gas, oil, coal, and nuclear.

Although it is a clean and renewable energy, wind power still has environmental and social impacts: wind farms alter the landscape, the turbines create noise that can disturb nearby communities, and their blades are a risk to birds and bats living in the area. There are technological challenges concerning inconsistent power generation and difficulties in storing the generated energy (see article).

There are plans to build the country’s first offshore wind farms in the coming years—they are already used elsewhere in the world, such as the UK, Germany, and China. In September, the Rio Grande do Norte state government signed a memorandum of understanding with the company Internacional Energias Renováveis (IER) with the intention of leading the way in offshore wind energy generation in Brazil. The Ventos Potiguar Offshore Wind Complex will comprise five power plants with 207 wind turbines. Located 8 km from the coast, it will have a capacity of 2.7 GW.

“Although more expensive than onshore projects, offshore farms are more efficient at generating energy because the wind blows more intensely and more evenly at sea, given the lack of obstacles. These projects need to be large in scale to be viable,” says Alexandre Nicolaos Simos, a naval engineer from the Department of Naval and Oceanic Engineering at the Polytechnic School of the University of São Paulo (POLI-USP). “They also cause less problems related to noise and visual pollution, although they can affect the marine ecosystem.”

Last year, the Brazilian Institute of the Environment and Renewable Natural Resources (IBAMA) issued a term of reference for offshore environmental licensing. “By September, 23 proposals had been submitted to the agency, most in the northeast and some in Rio de Janeiro and Rio Grande do Sul. Together, their total capacity is nearly 50 GW,” says Simos, who leads a group funded by FAPESP that is working on floating offshore wind turbines. Most of the turbines currently operating offshore are fixed to the sea floor, a technology used in shallow water near the coast. Floating equipment mounted on anchored platforms, however, can be used at greater depths (above 60 meters) farther from land (see Pesquisa FAPESP issue nº 290).

The 2030 10-Year Energy Plan (PDE) by the Energy Research Company (EPE), an agency connected to Brazil’s Ministry of Mines and Energy (MME), highlights offshore wind power as one of the potential ways of expanding electricity generation in the country. Brazil does not yet have any legislation regulating energy generation at sea, but its national congress is discussing a bill submitted by Workers’ Party senator Jean Paul Prates that sets out a legal framework for the activity. “These new plans will start becoming reality as soon as the country defines the conditions for their implementation,” says Simos.

Another renewable source with a strong performance in Brazil’s electricity system is biomass, especially from sugar and alcohol plants. “In October this year, biomass represented 9% of the power generation mix, with a total capacity of 15 GW—more than the Itaipu Dam. It was the fourth biggest electricity source behind water [60%], wind [11%], and natural gas [9.4%],” says Zilmar José de Souza, bioelectricity manager at the Brazilian Sugarcane Industry Association (UNICA). 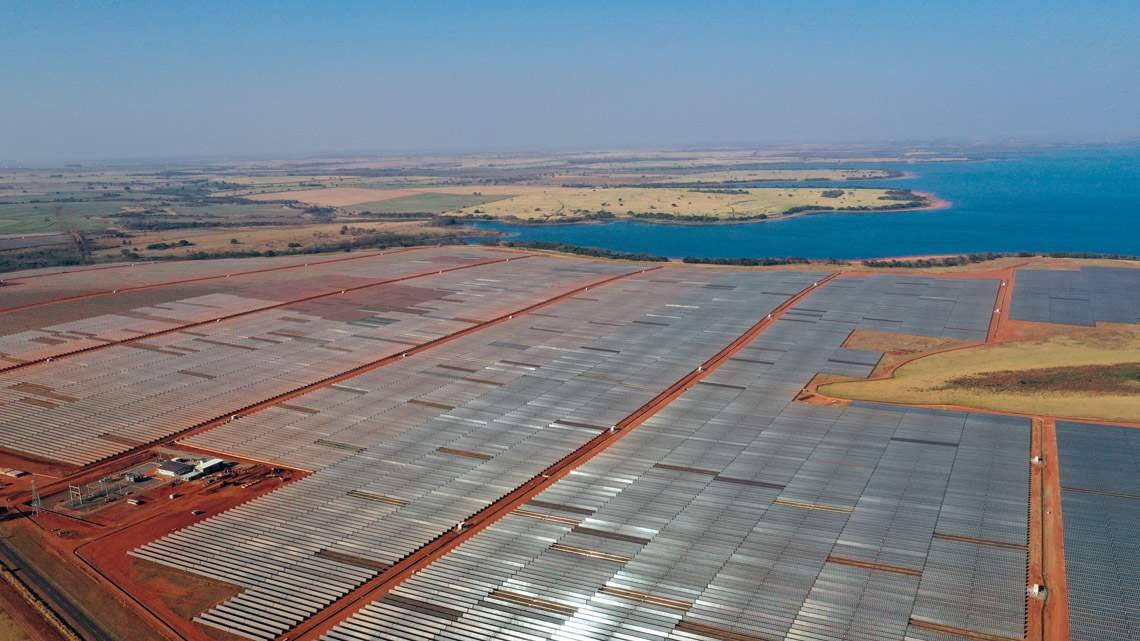 There are 589 thermoelectric power stations (TESs) using biomass in the country. Sugarcane bagasse is the main input, responsible for more than 80% of the bioelectricity supplied to the grid. The second most common is black liquor, a waste product of the pulp and paper industry, at 11%, and biogas, at 3.6%. “The sugar-energy sector has 411 TESs in commercial operation, currently capable of generating 12 GW of electricity,” says Souza.

The first Brazilian studies on reusing waste from the sugar-alcohol industry to generate bioenergy were carried out more than three decades ago (see Pesquisa FAPESP issue nº 286). Glaucia Mendes Souza, a biochemist from USP’s Institute of Chemistry and a member of the management team for the FAPESP Bioenergy Research Program (BIOEN), believes one of the challenges faced by the sector is to diversify the biomasses used to produce energy. “The most abundant waste product is currently sugarcane bagasse, but the potential for other types of biomass is enormous,” Souza says, offering a number of examples such as household waste, vinasse, and waste from the forestry, meat, and dairy industries. “New, flexible biorefineries are being designed that can use different biomasses.”

She explains that although there is an abundance of waste from the sugar and alcohol industry in Brazil, diversifying the biomasses used would add value to more than one production chain and increase energy security. “We have to remember that waste can be used for more than just producing electricity—it can replace other demands for biogas, biomethane, and heat.” Finding alternative sources is important because bagasse and straw are also used to produce 2nd generation ethanol, which could lead to competition for the input.

UNICA’s Zilmar Souza highlights the importance of bioelectricity to balance of the National Interconnected System (SIN). “Based on data from the 2020/2021 harvest, 151 TWh of bioelectricity could potentially be generated for the national power grid. Sugarcane was used to generate 22.6 TWh last year, meaning we are only fulfilling 15% of its potential.”

Solar energy is currently in the spotlight among renewable sources in Brazil and is expected to grow the most in the coming years. A study by the EPE indicates that the country’s solar capacity could reach 8.3 GW by 2030, a little less than double the current amount. This is largely due to the reduced average price of the energy source, which is currently one of the lowest in the country. “It is cheaper than hydroelectric and thermal plants powered by fossil fuels and biomass. It is roughly equal to wind power,” says Rodrigo Sauaia, executive president of the Brazilian Photovoltaic Solar Energy Association (ABSOLAR). Solar energy could provide the country with 28,500 GW from solar farms and 164 GW from panels on the roofs of peoples’ homes, he says.

In the most recent energy tender process held by the Brazilian Electricity Regulatory Agency (ANEEL) in September, one megawatt-hour (MWh) of photovoltaic solar energy was worth for R$166.90, slightly higher than wind energy (R$160.40) and cheaper than hydroelectric (R$174.30). At the same event, energy generated by biomass-driven thermoelectric plants was valued at R$271.30. 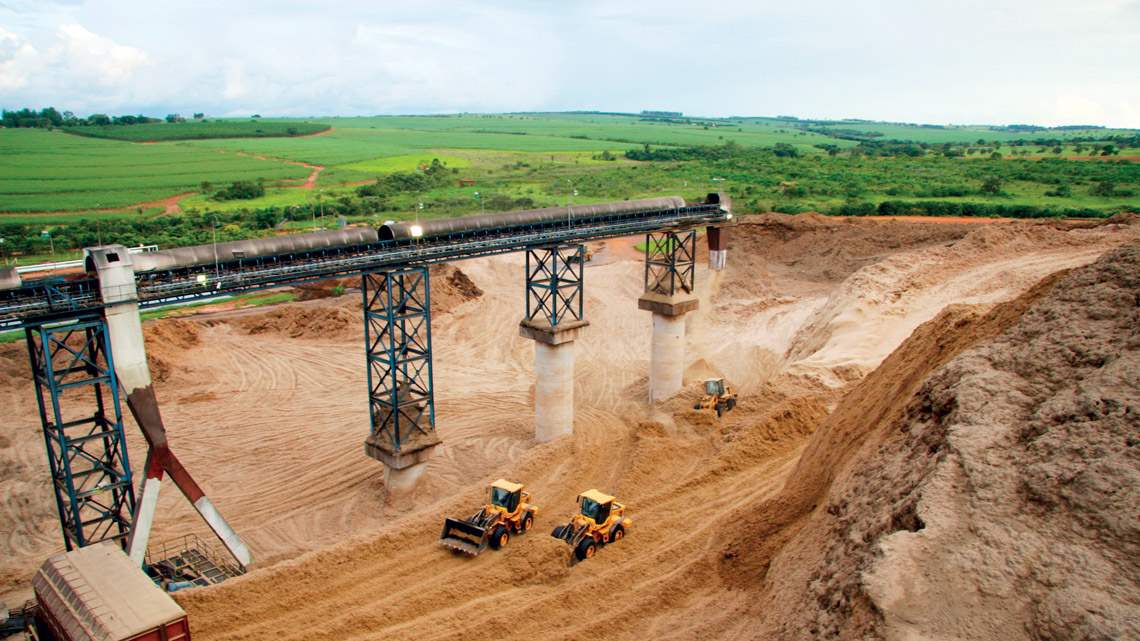 Sugarcane bagasse to be burned in a thermoelectric plant in Sebastianópolis do Sul, São Paulo StatePierre Duarte / Folhapress

Solar energy is divided into two main segments in Brazil. Large solar farms, responsible for so-called centralized generation, are mainly the result of contracts with the federal government, and more recently, direct purchases on the free market by major electricity consumers. These types of power stations currently provide 4.3 GW, 2.3% of the national  power generation mix. “It is still a small fraction, but it is growing and will continue to do so,” says Sauaia.

The other segment, known as distributed generation, is represented by around 800,000 consumers who produce their own energy from solar panels installed on the roofs of homes and businesses, as well as on small plots of land. This segment, the figures for which are not included in the power generation mix, supplies 7.3 GW of power nationwide. “Distributed solar generation is interesting because it is directly invested in by society itself and is spread across the national territory,” says physicist Roberto Zilles, head of the Photovoltaic Systems Laboratory at USP’s Institute for Energy and the Environment (IEE). “As well as alleviating the pressure on hydroelectric dams, it helps diversify the energy mix.”

Together with Ricardo Rüther, a metallurgical and materials engineer from the Department of Civil Engineering at the Federal University of Santa Catarina (UFSC), Zilles is leading a study of the energy efficiency of a new type of solar tile, designed to replace conventional panels with silicon cells installed on rooftops. “This research, commissioned by a company, began in January 2020 with a type of concrete roof tile called tégula, and has expanded to fiber-cement tiles,” explains Rüther. The latter measure 1.20 by 2.10 meters, a little bigger than conventional solar panels.

Zilles explains that both the tégula and fiber-cement tiles are equipped with a photovoltaic device that converts sunlight into electricity. In the lab, the researchers conduct tests to ensure they comply with the standards established by regulatory bodies, such as the Brazilian National Institute of Metrology, Quality, and Technology (INMETRO). The tégula tile was launched on the market in August, but the fiber-cement tile is still a way off being sold commercially. “Testing is going to continue into next year. But there is nothing like this on the international market,” says Rüther, who is also leading a study on whether the batteries in electric cars could be used to store energy produced by solar farms. “In the coming years, there will be an abundance of used electric vehicle batteries. They lose the efficiency needed for cars but could still be used to store the energy generated by solar and wind power stations,” says Rüther.

Another UFSC study is focusing on moving solar panels that follow the path of the sun, and bifacial panels capable of generating electrical energy on both sides. “The first centralized generation plants built in Brazil in 2017 used fixed solar panels. Installed on a metal frame, they do not move. Studies have shown that tracking the sun’s rays throughout the year could lead to a 30% increase in production. The ability to capture solar radiation on both sides of the panel, meanwhile, could increase power generation by another 5% to 10%,” Rüther explains.

The use of solar trackers and bifacial panels is a global trend, he says. Here in Brazil, all of these advantages together have helped to lower the price of energy generated from solar radiation. “Today, all new Brazilian solar farms use these technologies from the start.”