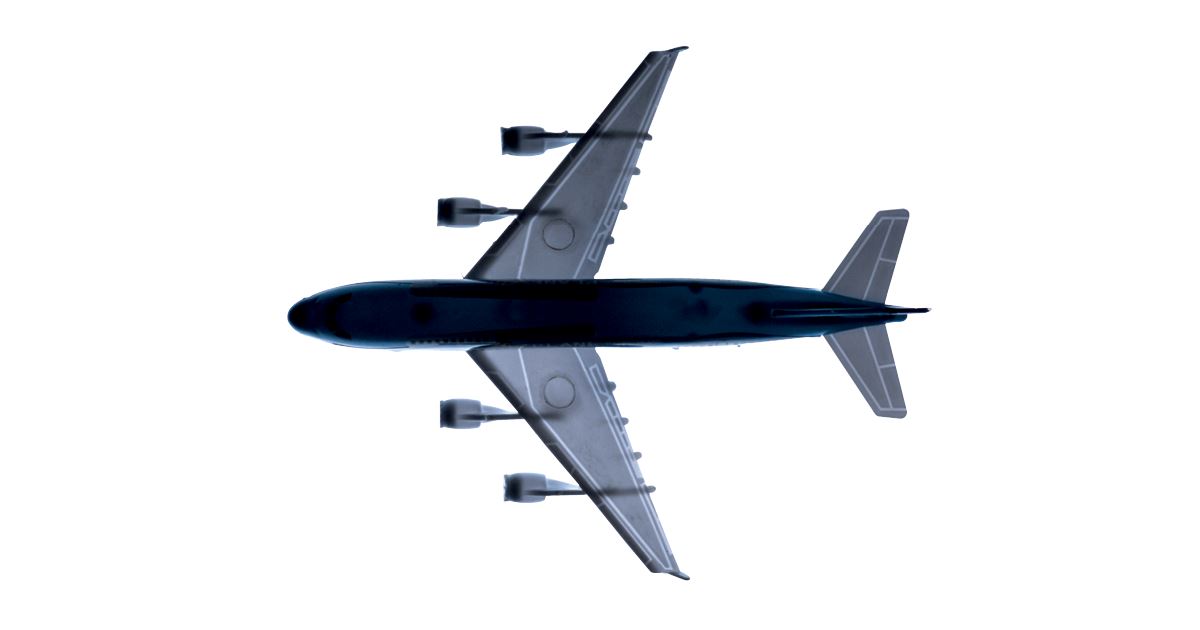 Air passenger transport has been severely affected by the COVID-19 pandemic. The demand for domestic flights in Brazil fell by 93% in April and May, while international trips were stopped almost entirely. Despite increasing again slightly in June, airlines are not expecting a return to previous levels any time soon. One reason for the change in passenger behavior is the rules on social distancing. Many vacations and business trips have been canceled or postponed. For now, people are only traveling if they really need to. And most do not feel fully comfortable doing so. Airplanes are closed environments where sharing space with strangers who could be contaminated is unavoidable.

Although the risk of a virus being transmitted on an aircraft is not fully understood, a study carried out in the USA in 2018, before the novel coronavirus pandemic, gives us an idea of the situations during a flight that create the highest probability of spreading respiratory diseases that are transmitted through droplets of saliva, such as COVID-19. A team led by biostatistician Vicki Stover Hertzberg, from Emory University in Atlanta, and mathematician Howard Weiss, from the Georgia Institute of Technology, monitored 1,540 passengers and 41 flight attendants on 10 flights across the USA. The trips, lasting between 3 and 5 hours, involved airplanes with a single aisle and three seats on either side.

The study concluded that the risk of catching a respiratory disease is high for passengers sitting within 1 meter of an infected person, and is low for those who are seated further away. Those directly in front of, behind, or beside a sick passenger are more susceptible. Passenger and crew movement can increase the risk: individuals moving around the aircraft may walk past a contaminated person, and passengers seated in aisle seats have more contact with people walking around. Crowds of people in the aisle waiting for the doors to open after the plane lands are also a problem, as are disorganized boarding queues.

Virologist Fernando Spilki, president of the Brazilian Virology Society and a researcher at the Molecular Microbiology Laboratory of Feevale University in Nova Hamburgo, Rio Grande do Sul, says that according to the World Health Organization (WHO), if a passenger is found to have been infected with the novel coronavirus at the time they traveled, the risk zone to be investigated includes anyone sitting within two rows of the patient. “Airplanes are risky environments, and using a mask is essential in the fight against the COVID-19 pandemic, as is social distancing,” says Spilki.

Another problem, warns the virologist, is the possibility of droplets impregnating objects such as seat belts, armrests, and bathroom door handles. “Although this is perhaps a less likely means of contagion, no one yet knows how long SARS-CoV-2 remains active on these surfaces,” he points out.

“There is always a risk. Our challenge is to mitigate these risks to an acceptable level,” says Ruy Amparo, director of Flight Safety and Operations at the Brazilian Airlines Association (ABEAR). In Brazil, airlines, the National Civil Aviation Agency (ANAC), and the National Health Regulatory Agency (ANVISA) have agreed on a series of guidelines and procedures in response to the pandemic. This includes measures designed to ensure social distancing is maintained during boarding and disembarking and an agreement to disinfect aircraft after every flight. Masks are also mandatory for all crew and passengers. Before every flight, passengers are checked for signs of fever.

There is particular concern about air circulation in airplanes. The WHO recently recognized evidence that the novel coronavirus may be transmitted through aerosols—droplets suspended in the air after an infected person sneezes, coughs, or speaks.

Amparo explains that the air in commercial aircraft is completely renewed every three minutes. Air is captured from the outside environment and mixed with the cabin air at a 50/50 ratio. It then flows vertically, pumped out at the top of the aircraft and sucked from below, reducing horizontal movement between the rows of seats. The air captured at the floor level is filtered through a High-Efficiency Particulate Air (HEPA) system. “The system is constantly being modernized. It is currently capable of filtering out over 99.7% of particles transported by the air,” says Amparo.

Engineering and mechanical sciences professor Jurandir Itizo Yanagihara, head of the Comfort Engineering Center at the University of São Paulo’s Polytechnic School (POLI-USP), attests to the performance of HEPA filters, which are also used in hospital operating rooms and intensive care units. “HEPA filters can capture particles as small as 0.01 microns in diameter. The coronavirus is bigger, at between 0.06 and 0.14 microns, and the droplets that carry it are even bigger,” he points out. While the air system makes it difficult for virus particles to move around the plane, it does not prevent direct contamination. “When an infected person speaks, coughs, or sneezes, they emit droplets that can reach nearby individuals before the air is filtered,” he says.

According to infectious disease specialist Tânia Chaves, a member of the Brazilian Society of Infectious Diseases and a professor at the School of Medicine of the Federal University of Pará (UFPA), the measures adopted by the airlines are correct and should be strengthened. “Social distancing should be maintained during flights,” she says.

Aircraft manufacturers are discussing potential layout changes, such as using individual seats or removing the middle seat in each row of three to ensure greater distances between passengers. Another approach, says Chaves, would be to stop serving food on domestic flights. “Aviation is a safe means of public transportation during a pandemic, but health, safety, hygiene protocols must be reinforced,” she says.