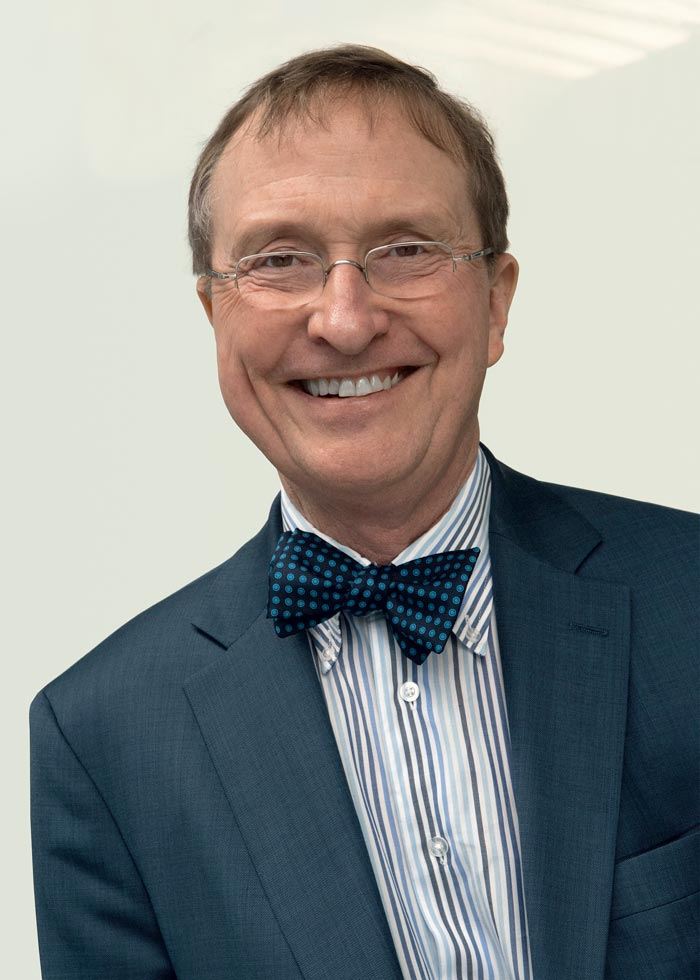 The bad news began at Christmas: on December 25, at the age of 80, North American biologist Thomas Lovejoy died of pancreatic cancer; he had been dedicated to the study of the Amazon and defended the preservation of biological diversity. He coined this term in collaboration with his compatriot, Edward O. Wilson, also a biologist and who, at the age of 92, died the following day of a punctured lung.

“I remember, it must have been 1975 or 1976, when I first met Ed Wilson,” said Lovejoy, from George Mason University in the United States, while being interviewed by Pesquisa FAPESP in 2015. “We had lunch together and talked about biological diversity, but we didn’t have a term. We talked about where the World Wildlife Fund (WWF) should focus and we agreed that it should be in the tropics because there were more species there than in Alaska, for example. It was pure biodiversity. I used the term in 1980 and Ed Wilson used it more at the end of the year and after many other people began using it.”

Lovejoy visited the Amazon for the first time in 1965, during his PhD, and this relationship lasted for the rest of his life. “It was as if I had died and arrived in Paradise,” he said during the same interview. In the second half of the 1970s, he proposed a long-term project to the National Institute of Amazon Research (INPA). Climatologist Carlos Nobre, who worked with INPA at the time and a recent graduate of electrical engineering, gave witness, “Tom had the brilliant idea of monitoring the impact of the deforestation about to be undertaken by the farmers for the construction of the BR-174,” he recalls, referring to the highway that connects Manaus to Boa Vista, in Roraima. “He wanted to know what the required area would be to maintain the biodiversity.” After launching the Dynamic Biological Project for Forest Fragments (PDBFF), the initiative indicated that a section of 100 hectares would not be sufficient for a leopard to survive and would lose half of the bird species in less than 15 years—the degradation makes the forest incapable of sustaining these animals.  This knowledge spurred the creation of national parks in the region, which needed to be very large.

There were few scientists in the Amazon, so people from other states and even abroad had to be brought in. Rita Mesquita, then biology student at the Federal University of Minas Gerais (UFMG), learned about the PDBFF at a zoology conference where she worked as a volunteer. North American ornithologist Richard (Rob) Bierregaard, first coordinator of the project, was trying to attract researchers and gave the young student his business card. When she wrote him, Mesquita received as a response an airline ticket to Manaus. “Tom had a vision of offering opportunities to people like me, a student trained in the Minas Gerais Cerrado,” she recalls. “It’s the legacy he leaves behind.”

North American biologist Mario Cohn-Haft was one of the foreign recruits who arrived at INPA in 1987—where is a researcher today—also as a recent graduate intern. “At the beginning, Lovejoy was the boss who lived in the United States and appeared once in a while,” he shares. Over the years, the relationship became more of a friendship characterized by motivation. “He inspired people to seek an understanding of how things work and to make the world a better place.” He believes that the Amazon today is a birthplace for scientists, in large part thanks to the PDBFF. Lovejoy planned for his absence by creating the Amazon Biodiversity Center, a not-for-profit organization based in the United States and with the mission to raise funds and keep the project alive.

Other large projects partnered with the PDBFF, such as the Anglo-Brazilian Experiment for Amazonian Climatic Observations, which in 1990 installed two towers in the same areas—one within the forest and the other in a grassland—higher than the forest canopy to collect and record environmental and meteorological data, as well as data from the interaction between the biosphere and atmosphere. These measurements provided the impetus for the Large Scale Biosphere-Atmosphere Experiment in the Amazon (LBA), which began in 1999. “We gather the knowledge obtained by the PDBFF with projections of climate change and consider what should be done to preserve the forest,” shares Carlos Nobre, the first coordinator of the two projects, working with the Brazilian National Institute for Space Research (INPE) (INPE) at the time. 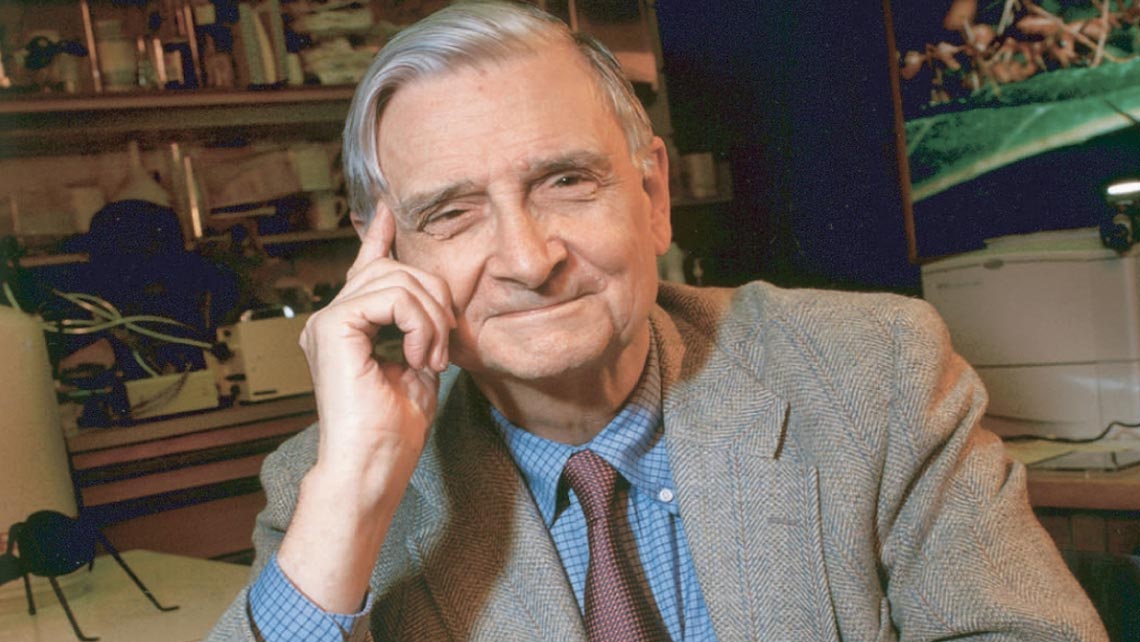 He and Lovejoy wrote two editorials for the magazine Science Advances, in 2018 and 2019, warning about the point of no return in the Amazon, which could be reached between 20% and 25% deforestation, and looking for solutions.

Considering that scientific knowledge and human resources are not sufficient to preserve the Amazon, Lovejoy got actively involved in environmental policy. He joined the strategic committee of the Scientific Panel for the Amazon, chaired by Nobre, which published a detailed report on the most recent climate conference, COP26, in Scotland last year. “Tom did some incredible work, and we were counting on him to keep it going,” regrets the climatologist.

Botanist Carlos Alfredo Joly, from the University of Campinas (UNICAMP), had a long-term partnership with Lovejoy, where they discussed the development of the Conference on Biological Diversity (CDB) during the Rio-92 Conference, for example. “When we created the BIOTA program at FAPESP, in 1999, Lovejoy made a speech by video, sharing his desire for its success and continuation over the medium and long term,” he recalls. Virtual participation was not common at that time.

They still worked together on building the Intergovernmental Science-Policy Platform on Biodiversity and Ecosystem Services (IPBES), an international initiative on biodiversity, and on the Post 2020 Biodiversity Framework, a document to be approved at the 15th Meeting of the Parties (COP) of the CDB. This meeting, which was postponed due to the pandemic, took place in part in 2021 and will be completed in March. “Tom was already quite weak, but contributed a lot,” shares Joly. “He will be sorely missed in the negotiation of the new biodiversity strategy.”

Edward Wilson, who had retired from Harvard University in the United States, had made a political impact on the topic of conservation, primarily through his theoretical work and communication, in which he defended nature conservation and formed thinking that encouraged the merger of natural science and human science (consilience), and even religion, for the protection of biodiversity.

Since childhood, he was fascinated by the world of ants and became a specialist in the colonies they build. From there, with enormous talent for synthesizing, he built the field that became known as sociobiology and created controversy over including humans among the animals whose behavior is subject to evolutionary pressures. This belief became the foundation for the scientific area that was later named behavioral ecology. “The first time I taught about social animals was the year the book Sociobiologia (Sociobiology) was released, in 1975,” shares zoologist Vera Imperatriz Fonseca, from USP. “We studied ecosocial mechanisms, which was very difficult but had great impact.”

Biologist Marcos Buckeridge, from USP, also emphasizes Wilson’s influence and points out how the two biodiversity pioneers were similar. “At this time where specialists are a focus, it is fundamental when researchers bring science to the political arena,” he states. “Lovejoy and Wilson did this, each in his own way.”