An inquiry committee formed by the São Paulo Legislative Assembly to investigate irregularities in the management of the three state universities in São Paulo ended its activities on November 5 and made a number of proposals. The most concrete was to submit a draft amendment to the State Constitution that would subject the financial accounts of the university of São Paulo (USP), the University of Campinas (UNICAMP), São Paulo State University (UNESP), and their supporting foundations to greater scrutiny, as well as all grants from the Brazilian Treasury to the three institutions—together they receive 9.57% of the income raised from São Paulo’s Goods and Services Tax (ICMS). The main target of the amendment, which will be discussed next year, is not the universities themselves, which already have to file annual accounts and undergo regular audits, but the State Audit Court (TCE), which currently has no deadline for analyzing them and can sometimes take years to complete the task. If the bill is approved, the TCE will be required to assess the accounts of the three institutions within 60 days of receiving them, the same amount of time it is given when assessing government accounts. “This will encourage more responsible oversight and administration,” said congresswoman and inquiry rapporteur Valéria Bolsonaro (PSL) when presenting the conclusions.

The other measures described in the report come in the form of recommendations. One of them has already been followed: that the universities refrain from paying salaries above the constitutional ceiling of R$23,000 per month, which is equal to the pay of the São Paulo state governor. Previously, hundreds of professors and staff at the three universities were being paid more thanks to an interpretation of the legislation that allows those who agreed their salary before 2003, the year that an amendment to the Federal Constitution established the ceiling, to continue receiving the same amount. In August, the Federal Supreme Court rejected a request to create a ceiling for professors linked to the salary of judges. After the decision, the deans lowered all salaries to the ceiling level—but not without complaining that the state governor salary has been reduced in real terms over recent years, depriving teachers of legitimate gains achieved during their careers. “This is a serious problem, which in the long run will make it difficult for the universities to retain talented researchers,” says Sandro Valentini, dean of UNESP.

To reduce the daily expenses of teachers who work in one city but need to participate in administrative activities in another, the inquiry suggests increasing the use of videoconferences. It also requested reports on daily consulting fees paid by the three universities over the last eight years and found various overpayments, including the case of a professor from USP who received 30 daily payments during an expedition to the Amazon, and of managers whose daily fees totaled more than 50% of their salary. The recommendation is addressed to USP and UNESP especially, which are both based in the city of São Paulo but have campuses across the state and have therefore created systems to reimburse professors and employees who need to travel between locations. The deans of the three universities were asked about this topic when they testified at the inquiry, telling the committee that they were open to suggestions on alternative ways of compensating professors for travel expenses. There was a discussion on the idea of the universities offering staff accommodation, but a concrete proposal was never established. 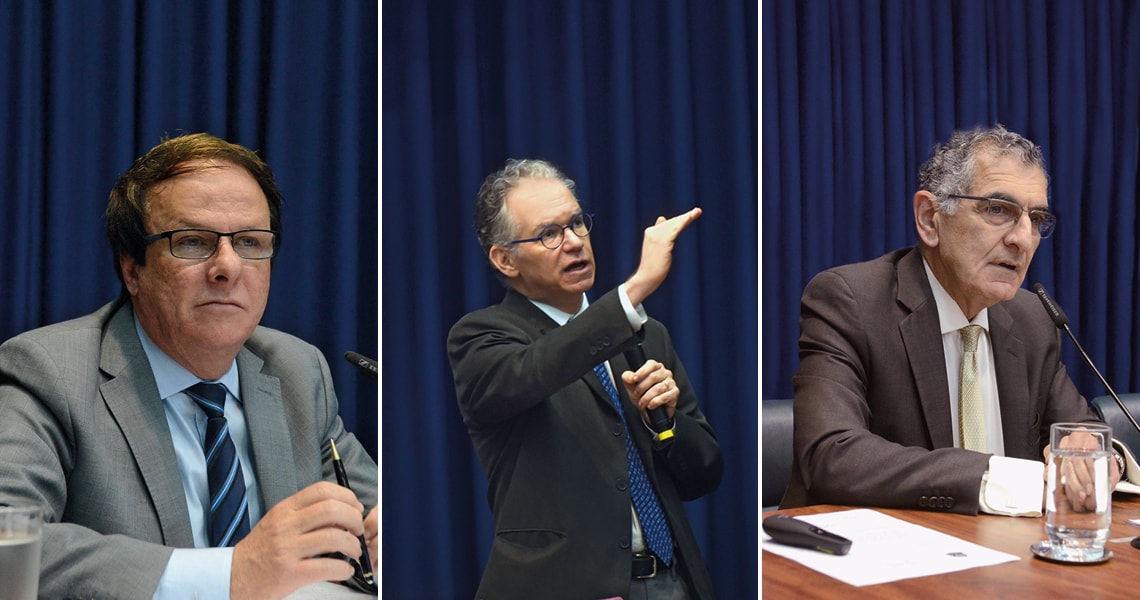 Another recommendation is that the universities set up compliance or governance departments to prevent irregular behavior by managers. One of the objectives is to prevent deans from increasing spending at their own discretion, which complicates the finances of the institutions, as occurred earlier in the decade when the combination of falling tax revenues and increased salaries and benefits at universities caused an unprecedented crisis. On a topic with little relevance to the scope of the inquiry, the committee also suggested that the universities be strict on vandalism and theft. The other recommendations follow a more familiar pattern—it suggested that the report be sent to the Public Prosecutor’s Office, the Department of Economic Development, the Federal Revenue, and the State Governor, so that they may adopt any measures they deem appropriate.

The results of the inquiry were modest, given the huge volume of data requested by the committee on salaries, daily consulting fees, and contracts between 2011 and 2019. At the end of August, with two months left to complete the inquiry, the committee approved the unsealing of confidential banking information from the three universities, which then submitted all financial records for the last eight years. Only a sample of the data was analyzed. In September, the committee asked the São Paulo State Criminalistics Institute (IC) to help with the task. The inquiry report included an official letter from the institute’s Accounting Crimes Center highlighting irregularities in the information provided by the universities, excessive commitment of state funding to salaries, and declining bank balances with no justification. The experts who signed the document noted that a more detailed investigation is needed and that criminal experts are not responsible for “conducting audits and/or analyses that do not fall within the scope of its legal role as a legal auxiliary.”

In total, 14 people were invited or summoned to give testimony, including the current deans of USP, UNESP, and UNICAMP, four former deans, and three vice deans of research, as well as managers from funding and innovation agencies, among others. The most heated session involved the former dean of USP, João Grandino Rodas, who was questioned in depth by the committee on the causes of the university’s financial deterioration, which began during his administration, between 2009 and 2013. 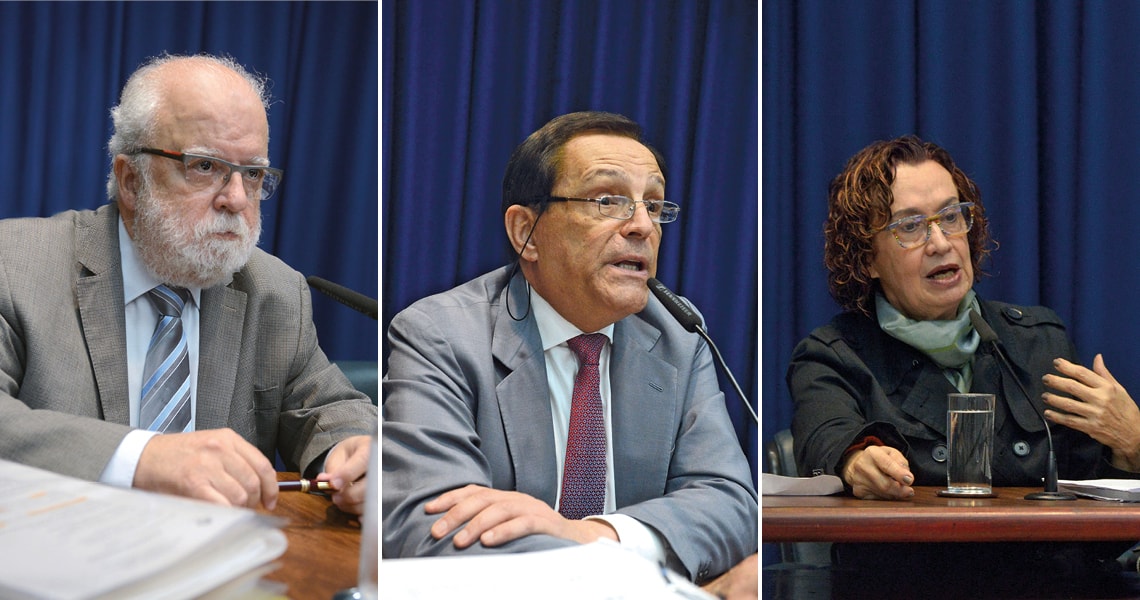 An early version of the report, released in October, contained other recommendations that were eventually abandoned. It proposed creating a permanent parliamentary committee to oversee the universities, changing how professors are promoted, prohibiting professors from working for research funding agencies, and establishing a body to report on research results, called the State Council for Public Integration of University Research, which would give a seal of quality to research with economic applications.

Congressman José Antonio Barros Munhoz (PSB), a member of the inquiry committee who strongly defended the autonomy of the universities, planned to present his own separate report, but eventually negotiated the inclusion of his suggestions into the document issued by Valéria Bolsonaro. The final version of the report recognized the importance of universities to the state and to the country as a whole. “Despite the identification of various aspects that need to be improved in the management of the state universities of São Paulo, we must not lose sight of the importance of these institutions to teaching and research in São Paulo and Brazil, which is why the Legislative Assembly needs to support them in their endeavors to continually improve and to unconditionally support their core activities, namely teaching, research, and community services,” said Valéria Bolsonaro when presenting her report. Congresswoman Professor Bebel (PT) highlighted the need to increase investment in universities, but her suggestion was not approved.

Called twice to give testimony to the committee, UNESP dean Sandro Valentini believes that on balance, the inquiry was positive. “The committee was created under the influence of a narrative that views public universities in a negative light, that sees those who run them as biased, left-wing ideologists who waste public funds. Our concern was that it would end with an attack on the autonomy that the universities achieved in 1989, which has been fundamental to the success they have achieved,” says Valentini. “Fortunately, we showed that this narrative does not make sense, and the issue of autonomy was not even mentioned in the final committee report.” He notes that it was an opportunity to demonstrate the results obtained by universities and the reasons for the financial crisis they are suffering. “Forty percent of UNESP’s expenditure goes to pensions, compared to less than 7% thirty years ago. We need to face this problem and we were able to show that to the committee,” he says. According to the dean, university management can present specific problems, “but we are continuously audited by the Audit Court and we always resolve any issues that they point out.” 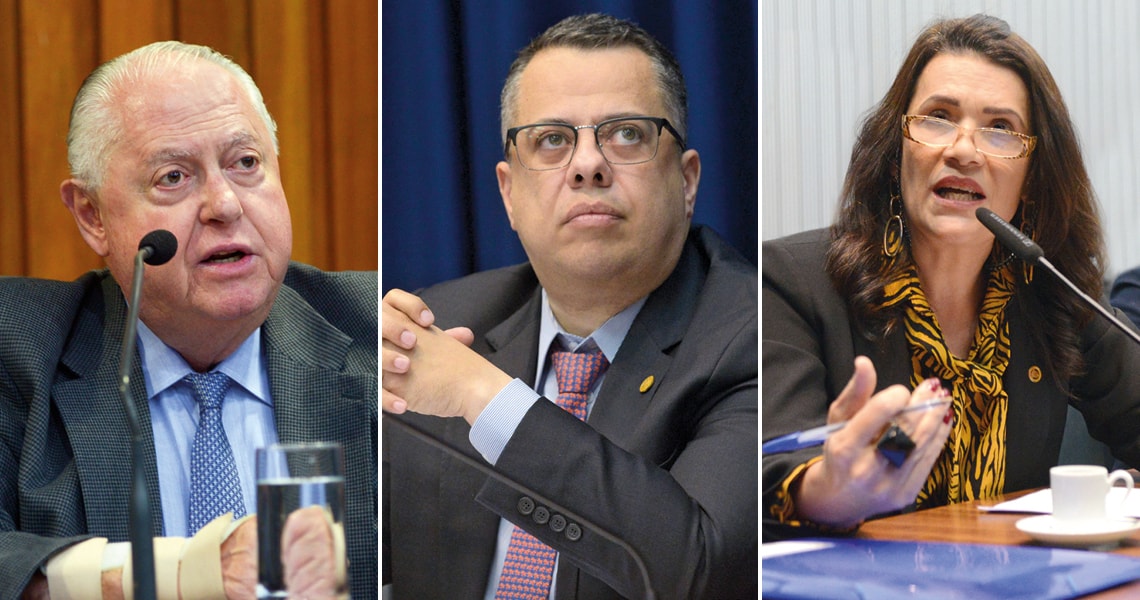 Vahan Agopyan, dean of USP, released a statement reassuring the university community about the inquiry’s findings. “The final document is over 500 pages long and indicates no compromising situation for the functioning of our institution. It mentions some specific administrative cases that can be easily resolved, many of which are a result of a lack of familiarity with the functioning of a teaching and research institution,” wrote Agopyan. He also warned that some of the news published in the media on issues raised by the inquiry “are not actually included in the committee’s conclusions and proposals.” One example of this was a suggestion of charging students a tuition fee. The idea was mentioned in a subreport by Congressman Daniel José as a potential means of increasing university revenue, but it was not part of the recommendations based on the final inquiry consensus.

For UNICAMP dean Marcelo Knobel, the committee backed up what the university leaders showed during their testimonies. “Public universities are serious institutions and are an asset to the state of São Paulo. They are subject to oversight by bodies such as the Public Prosecutor’s Office, a process that has been working as intended, so much so that the committee has not indicated any problems that were not already known,” he says. “We took advantage of the opportunity created by the inquiry to show what public universities do, and we will continue to work with the state government and the legislative assembly to help the state develop.”