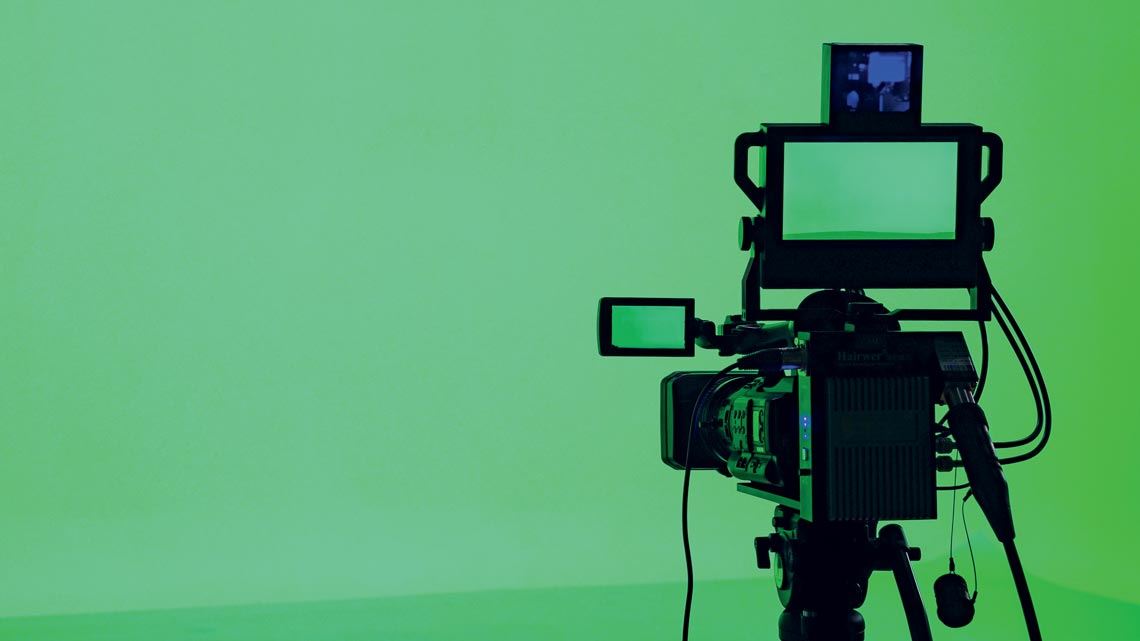 On the morning of Friday, March 13, upon arriving at a conference attended by 400 people in the city of São Paulo, pulmonologist Margareth Dalcolmo, from the Oswaldo Cruz Foundation (FIOCRUZ), recommended that the organizers immediately cancel the event due to the novel coronavirus pandemic that was quickly spreading through Brazil. Preventing large crowds was one of the coronavirus containment recommendations approved by the Ministry of Health at a meeting she had participated in the previous day. Since people had already arrived, the conference was not cancelled, but Dalcolmo took advantage of the situation and was interviewed on camera by her fellow pulmonologist Mauro Gomes, describing the recommendations established in Brasilia the day before to stop the newly arrived disease. Early in the evening, Gomes told her that the video, initially posted on Facebook and Instagram, had been viewed by 700,000 people in just six hours. Not being familiar with social media, she asked: “Is that a lot or not much?”

By creating the video, Dalcolmo and other doctors after her were responding to a public need for fast access to reliable, clear information. The next day, on her way to the airport to fly back to Rio de Janeiro, she received a phonecall from a journalist who told her the video had now been seen by 2 million people. Full of praise for her ability to convey useful information, he invited her to participate in a live interview on cable TV channel GloboNews later that day, watched by 800,000 people. Since then, the doctor who previously split her time between hospitals, research labs, and classrooms has been taking part in discussions about the pandemic on GloboNews every Sunday and is frequently interviewed on Jornal Nacional, a TV news show watched by 7.7 million people in Greater São Paulo alone, as well as featuring on CNN Brasil, which has an average audience of 600,000.

As a result of the pandemic, many doctors and researchers from universities and research institutions have joined their colleagues in addressing the general public, such as cardiologist Julio Abramczyk, who was a reporter, editor, and in recent decades, a columnist for Folha de S.Paulo, whose print and digital versions have 20 million monthly readers (see Pesquisa FAPESP issue no. 234); cancer specialist Drauzio Varella, who has written for Folha for many years, participates in the weekly show Fantástico on TV Globo, watched by almost 2 million people, runs her own website and YouTube channel, and writes books; and biochemist Fernando Reinach and public health expert Gonçalo Vecina Neto, a professor at the School of Public Health (FSP) at the University of São Paulo (USP), both of whom write weekly columns in the O Estado de S. Paulo newspaper, read by 11 million people a month. Varella paved the way in the mid-1980s, speaking on São Paulo radio station Jovem Pan in easy-to-understand language about how to prevent a new disease called AIDS, at a time when doctors rarely featured in the mass media (see Pesquisa FAPESP issue no. 279). Now, scientists and doctors are increasingly taking on the role of communicators, each explaining the pandemic’s evolution, potential treatments, and containment measures in their own way.

Like the veterans, new medical communicators have become spokespeople for science, evaluating the response to the pandemic based on scientific evidence. “When necessary, we call out proposals that make no sense,” says Dalcolmo. “I never say anything if I don’t know for sure. If I don’t know the answer, I say I don’t know.” Her talent for informative speaking comes not only from her experience in the classroom, but also from her education in the humanities—before deciding to study medicine, she was preparing to become a diplomat. Her ability to communicate with the general public has also led to an invitation to become a columnist for Rio de Janeiro newspaper O Globo, read by 14.3 million people a month. She has become so well known that she has been recognized, even wearing a face mask, at the supermarket and in the Maré favela where FIOCRUZ teams are studying COVID-19.

“Participating in press conferences at Palácio dos Bandeirantes [the seat of the São Paulo state government] was a civic duty, as a representative of HC [Hospital das Clínicas] and USP,” says infectious disease specialist Esper Kallas, from USP’s School of Medicine. At these events, which were broadcast live on radio and television, Kallas knew that he had to speak simply, without using complex medical terms, and to choose his words carefully—any slip up could spread across social media within minutes and destroy the professional reputation he had built up over decades. “In these moments, I always remember what my friend Drauzio Varella taught me: ‘Whenever you talk to the press, leave your ego at the door; the show is not about you, it is about what you’re there to talk about’.”

His colleague from FM-USP, pulmonologist Carlos Carvalho, replaced him at the Palácio dos Bandeirantes press conferences in June. “I had to listen to my colleagues on the Contingency Committee and relay their opinions, not necessarily mine, which is something I never did in classes or lectures,” he says. Another requirement, he adds, was “to project confidence and reassurance, even if the number of cases and deaths was rising at the time.” Despite his cautious approach, however, some awkward situations are unavoidable. During one press conference, a TV journalist asked him when he thought vaccination of the Brazilian population would begin. “I thought: ‘Should I say what I really think or should I back up the governor, who said there would be a vaccine in December?’ I gave my own opinion, that vaccination would begin in March 2021,” he says.

Having health experts participate ensures quality information is shared and compensates for the shortage of journalists who specialize in health, says Malinverni

In July, Carvalho started commenting on the news in general—not just the pandemic—on Jornal da Cultura, broadcast for an hour every evening on Cultura Radio and TV, Facebook, and YouTube. The TV production team usually invites him to participate on Fridays or Saturdays, once every week or two. “Transmitting robust information to the public is one of my roles as a teacher and doctor,” he says. Physicians Dimas Covas, director of the Butantan Institute, and Paulo Saldiva, from USP, are two others who regularly feature as commentators on the news.

Folha was one of the newspapers that strengthened its team of columnists with doctors and scientists who earned public recognition during the pandemic and gave them editorial freedom. “Sitting down and writing about your thoughts is a delight,” says Kallas. Once a fortnight he comments on an aspect of the pandemic, such as reinfections, or writes about his opinions, as he did on September 8, when he stated, based on scientific evidence, that monoclonal antibodies could soon be used to treat people with early symptoms of COVID-19.

These columns allow for much greater interaction with readers than has been possible in previous epidemics. “So far I haven’t faced any awkward situations,” says Kallas. But not everyone is so lucky. Early in the pandemic, on March 25, biologist Suzana Herculano-Houzel of Vanderbilt University, USA, another Folha columnist, wrote a piece entitled, “I was wrong to compare COVID-19 to the flu,” and noted that this is how science develops, constantly correcting itself. One reader agreed, but another protested: “A researcher of such caliber should have been better informed before expressing an opinion.”

Dalcolmo (left) and Minoprio offering advice on TV. Varella (right) paved the way for medical communicators by talking about AIDS on Jovem Pan radio in the 1980sLéo Ramos Chaves and stills from online videos

“I have received many positive responses from readers, as well as some telling me to go back to France,” says biomedic Paola Minoprio, coordinator of the Scientific Platform Pasteur-USP (see Pesquisa FAPESP issue no. 282), who has been writing a weekly column in Folha since April. Having lived in Paris for 34 years, she initially struggled writing in Portuguese and having to write all weekend before submitting her 600-word column on Sunday night. But she took pleasure in commenting on recent news about the virus and the pandemic “without having to go into too much detail.” In her April 20 column, Minoprio reinforced widespread criticism of the use of hydroxychloroquine and other drugs not supported by scientific evidence. “We must not violate the ethical and precautionary principles fundamental to science, which include never conducting experiments on humans that may cause them harm,” she warned.

“Having health experts participate ensures quality information is shared and helps to supplement the difficult work being done by smaller and smaller newsrooms and the shortage of journalists who specialize in health coverage,” says journalist Claudia Malinverni, from FSP-USP.

She noticed two similarities between recent outbreaks of yellow fever, which she examined during her PhD and described in a 2017 article in the journal Reciis, and the COVID-19 pandemic. The first is an attachment to the number of cases and deaths, which are updated continuously. She argues: “The numbers make the phenomena real, although sometimes distant, but they can imprison people and after a certain level, they don’t make sense anymore because they become abstract.” The second is the extreme importance placed on a vaccine, “as if it were a magical solution that will lead to a happy ending, saving everyone, both from yellow fever and from COVID-19.”

In an article published in Frontiers in Communication in November, Malinverni and psychologist Jacqueline Brigagão, from USP’s School of Arts, Sciences, and Humanities (EACH), examined 36 texts from news websites, newspapers, magazines, and TV shows published or aired between March 16 and April 30 2020, and recorded all mistaken uses of the expression social isolation rather than social distancing—social isolation is a term used in psychiatry for a common symptom of depression and psychosis, but it has no meaning in epidemiology. They also observed that clinicians—virologists, pulmonologists, and infectologists—predominate among interviewees and commentators on the news, and rarely epidemiologists (only 2 out of the 30 doctors identified). “In any case,” concluded Malinverni, “without these health experts communicating with the general public, the pandemic in Brazil would probably be much worse.”