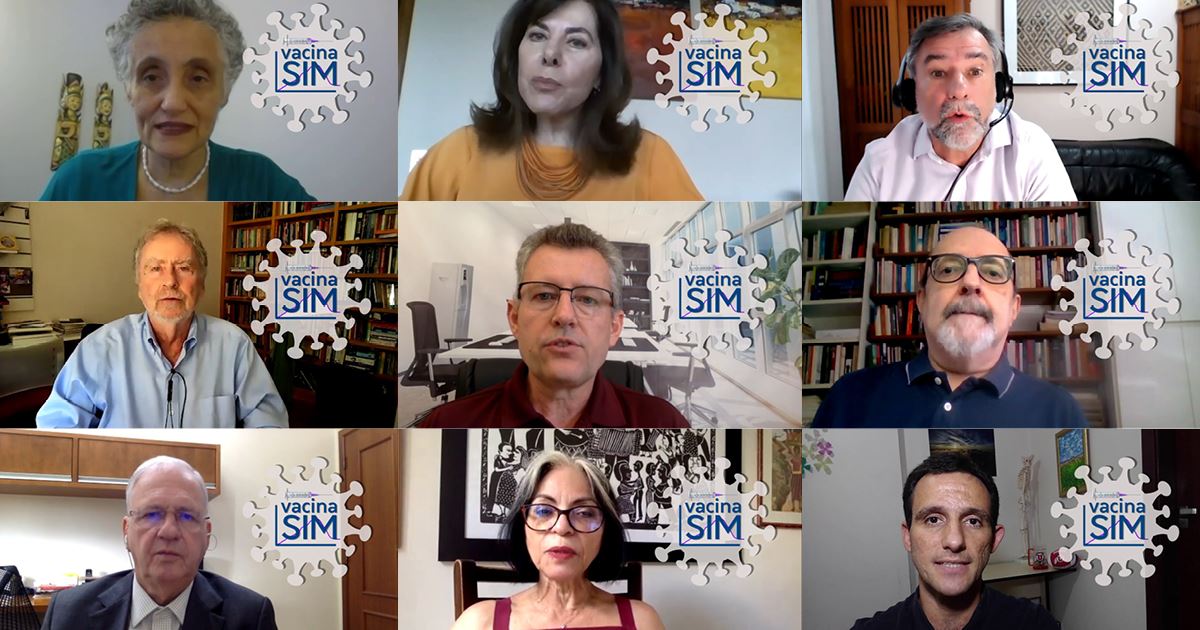 Stills from the videos recorded by FAPESP

On January 18, the day after Brazil approved two COVID-19 vaccines for emergency use (CoronaVac and Covishield), FAPESP started the #vacinasim (“yesvaccine”) social media campaign to reinforce public confidence in their safety and effectiveness. In a series of videos broadcast on the Foundation’s Twitter, Instagram, and Facebook pages, researchers from different fields, opinion leaders, and science communicators explain the importance of vaccines and why they plan to take the vaccine. Some of the testimonies were also aired by TV Cultura and cable TV channel Futura. “The COVID-19 vaccines being approved are safe,” says hematologist Marco Antonio Zago, president of FAPESP and a professor at the School of Medicine at the University of São Paulo (USP) in Ribeirão Preto. Initially set to last two weeks, the social media campaign will involve about 50 personalities. Motivated by the initiative, other research foundations, such as FAPEG in Goiás and FAPEMIG in Minas Gerais, have launched their own campaigns. A December survey by DataFolha indicated that 22% of Brazilians do not plan on being vaccinated. “A substantial number can be convinced that it is important to take the vaccine. We have to try to persuade them,” says neuroscientist Luiz Eugênio Mello, scientific director of FAPESP and a professor at the Federal University of São Paulo (UNIFESP).