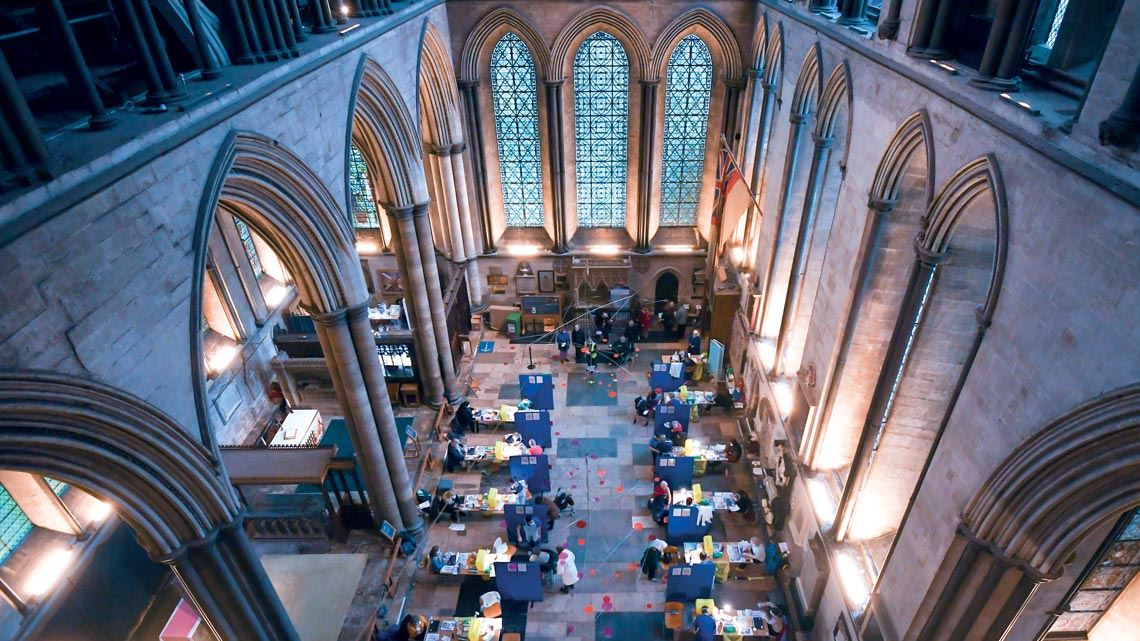 The record-breaking development of several safe and effective vaccines is an extraordinary achievement for scientists working around the world to contain the novel coronavirus pandemic. On January 17, the Brazilian Health Regulatory Agency (ANVISA) approved two COVID-19 vaccines for emergency use in Brazil, marking the beginning of a new phase in the fight against the SARS-CoV-2 virus, which has already killed 220,000 people in the country and more than 2 million worldwide. Experts warn, however, that beginning immunization does not mean that the end of the epidemic, whether in Brazil or any other country, is near.

The first three phases of Brazil’s National COVID-19 Vaccination Plan are expected take four months and will cover about 70 million people from at-risk groups. It will then take another year to vaccinate the rest of the Brazilian population—excluding pregnant women and children, who were not included in clinical trials. In a statement issued on January 20 in response to a question from the UOL news website, the Brazilian Ministry of Health estimated that “in the 12-month period after the initial phase, the entire general population will be vaccinated, dependent on the number of vaccines made available.”

The CoronaVac vaccine, manufactured by Chinese laboratory Sinovac Life Sciences and bottled in Brazil by the Butantan Institute, and Covishield, developed by the University of Oxford and Swedish/British pharmaceutical company AstraZeneca, come from China and India, respectively. The two labs are unable to produce enough volume to meet the high demand from so many countries, leading to many uncertainties. Production of the vaccines in Brazil is expected to start with Covishield being manufactured at the Oswaldo Cruz Foundation (FIOCRUZ) from the second half of 2021 and CoronaVac to be made at the Butantan Institute from the second half of 2022 (the factory will be ready by October this year).

Currently, Brazil faces the same problem as the rest of the world: a shortage of supply. When ANVISA first approved CoronaVac for emergency use, the country had 6 million doses at its disposal. Because the vaccine requires two doses, this is only enough to vaccinate 3 million people, less than the number of health workers nationwide, estimated at 6 million. Another 4.8 million doses were authorized for use by ANVISA on the January 22. On the same day, the country received 2 million doses of the second approved vaccine, Covishield, manufactured by the Serum Institute of India. “Current global vaccine production is insufficient for the needs of any country,” says physician José Cassio de Moraes of the Santa Casa de São Paulo School of Medical Sciences, a member of the Epidemiology Commission at the Brazilian Association of Collective Health (ABRASCO). 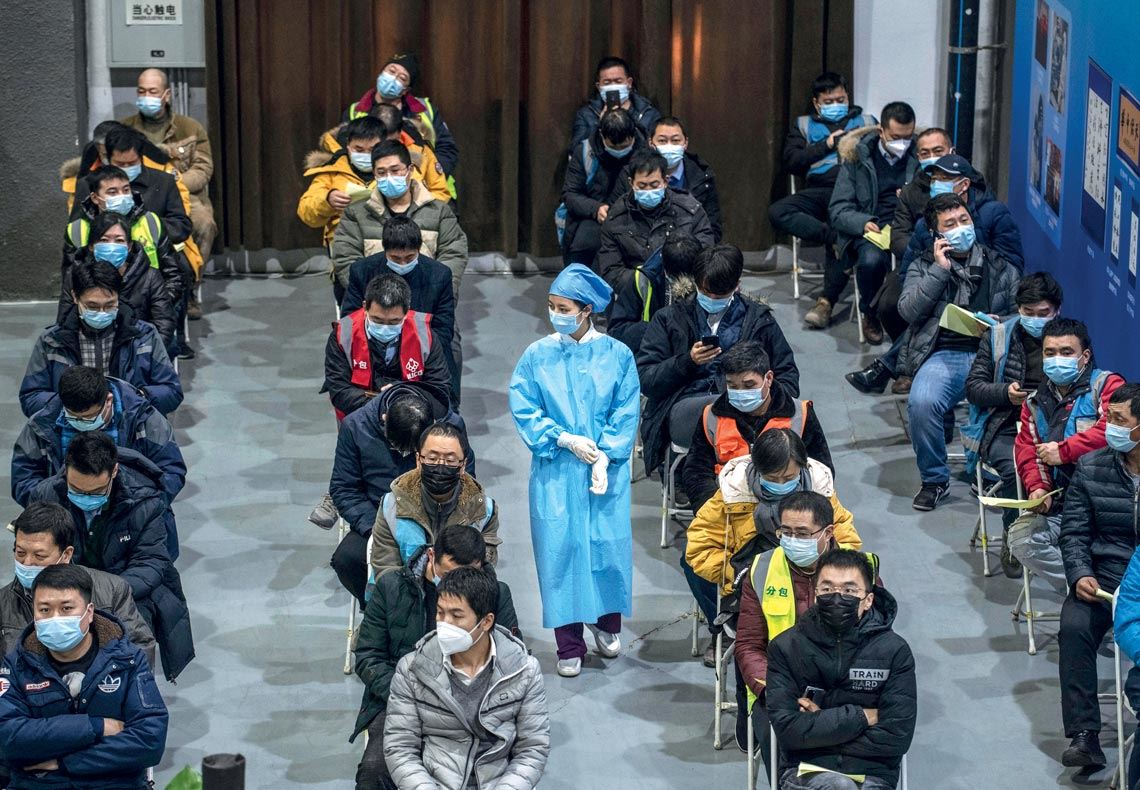 New problems are emerging as vaccination campaigns begin around the world. By January 28, 80.3 million doses had been administered across roughly 50 countries, according to the Our World in Data website. The countries that have vaccinated the most, in absolute numbers, were the USA (23.5 million), China (22.7 million), the UK (7.6 million), and Israel (4.2 million). The USA and Europe have reported problems with logistics and distribution, and even a lack of professionals qualified to administer the vaccine.

The scarcity of vaccines has led some countries to change the initially planned dosing schedule, sparking debate among experts. In the UK, where the population is being immunized with the Covishield and Pfizer/BioNTech vaccines, the Joint Committee on Vaccination and Immunisation recommended giving the first dose to as many eligible people as possible in the early stages of the campaign, to maximize the short-term impact.

The second dose, according to the committee’s recommendation, may be applied after an interval ranging from three or four weeks (for the Pfizer shot and Covishield, respectively) to up to 12 weeks. In Pfizer’s phase 3 clinical trials, the recommended dose interval was 21 days. According to the study, published in the New England Journal of Medicine, the vaccine’s efficacy was 52% after the first dose, increasing to 95% seven days after the second dose. It is hoped that a longer interval will give manufacturers more time to ramp up production. Scientists on the British committee advised against a single dosing strategy and recommended that the same vaccine be used for both doses.

“It is important to note that the committee at no point suggested stopping after one dose,” says Brazilian immunologist Daniela Ferreira, a vaccinology professor and head of the Department of Clinical Sciences at the Liverpool School of Tropical Medicine in the United Kingdom. According to the researcher, who coordinated the Covishield trials in Liverpool, studies published on the vaccine show that people who were vaccinated with a longer interval between doses were better protected. For the Pfizer vaccine, there is no data on whether changing the interval between doses positively or negatively affects the protection it confers. 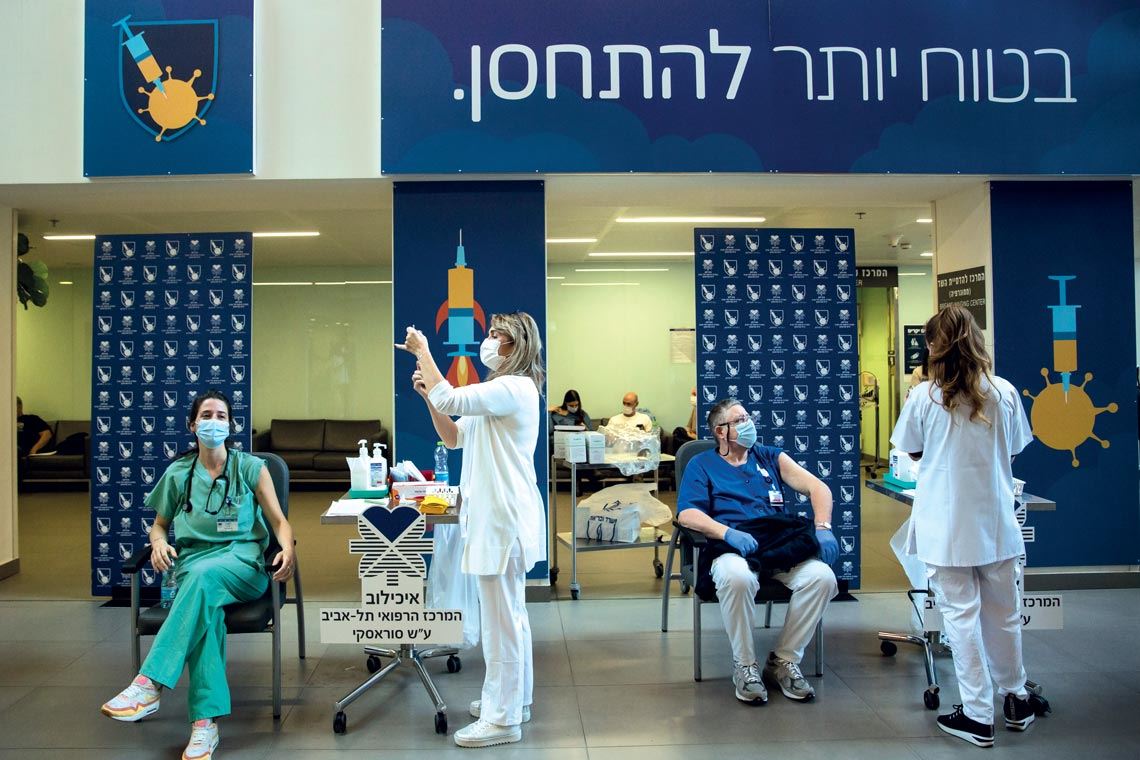 In the USA, which is using the Pfizer and Moderna vaccines, scientists have spoken out against the government’s willingness to administer just one dose. “The findings from the clinical trials in tens of thousands of volunteers is that these are two-dose regimens with quite tight time intervals between doses. Until we have the empirical evidence to suggest it would not reduce safety or efficacy to make a change in the dosing and regimen, two spaced doses are what has shown such high efficacy in the trials,” wrote doctors Larry Corey, from the University of Washington, and Chris Beyrer, from the Johns Hopkins Bloomberg School of Public Health, in a text published on the Johns Hopkins website.

Trials of other vaccines also used a shorter dosing interval than usual due to the urgency of their development. According to Ferreira, Covishield data indicating better results after a longer interval is consistent with existing immunology knowledge. “When we look at other vaccines, when you increase the period between doses, you see better immunogenicity [ability to stimulate the immune system to produce antibodies] and better protection. It is also known that a second dose is important not only to improve the individual’s level of protection, but also to increase the duration of the immune response,” she says.

An important point highlighted by the researchers is that the information from clinical trials and the beginning of immunization campaigns does not tell us whether vaccines protect against transmission of the disease. The trials focused on assessing their ability to protect against serious illness in order to avoid hospitalization (see article on page 16). Blocking infection and transmission, however, makes a difference to collective immunity against disease. “No studies have yet verified whether transmission has been blocked. We don’t know if vaccinated individuals remain uninfected with the virus and therefore can’t pass it on, or if they contract the virus but simply do not develop any symptoms,” says physicist Renato Coutinho, a professor at the Federal University of ABC (UFABC) and a member of the COVID-19 BR Observatory.

These and other questions are expected to be answered in the coming months. “This year, we will see the results of the 12-month monitoring of those who participated in the first clinical trials. That will give us some idea about the level of the immune response and whether it lasts for at least one year,” says Ferreira. The scientists are collecting data to investigate whether the vaccine also protects against new variants of SARS-CoV-2. 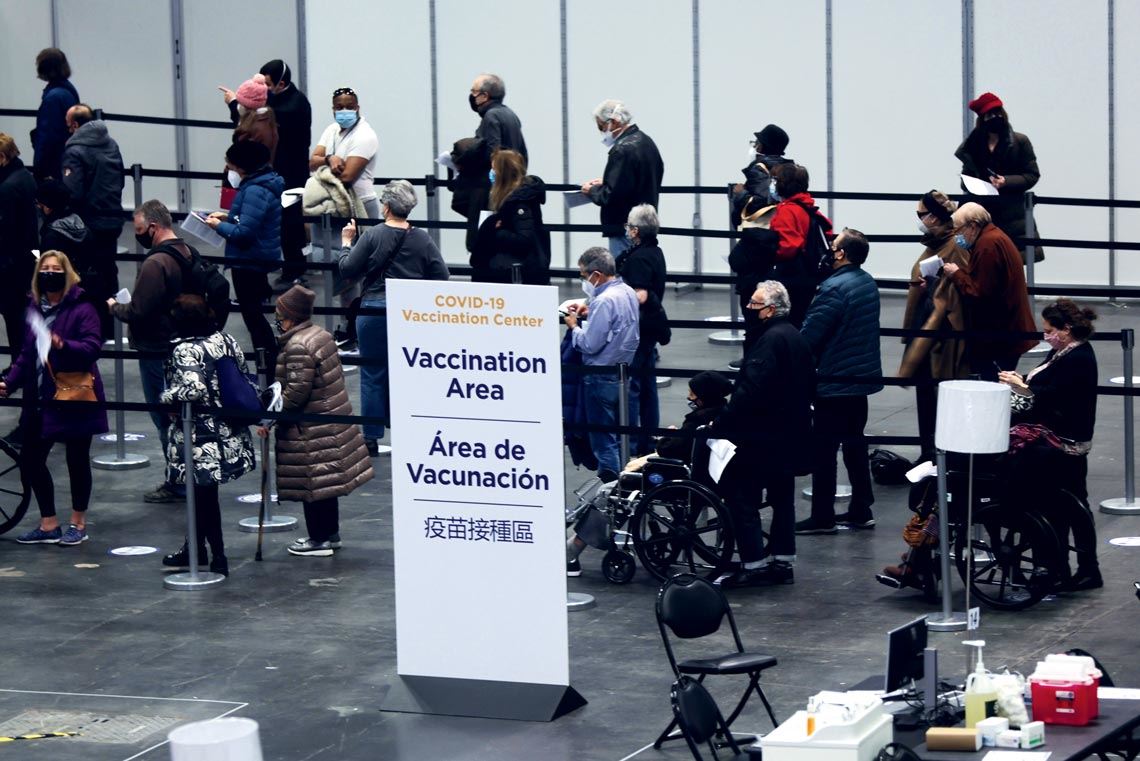 Experts also argue that the more different types of vaccine a country uses, the better. “The number of doses needed to immunize entire populations is huge. This has never been done on a global scale. We will need all the vaccines; those that have already been approved and all the others still to come,” stresses the researcher.

Jorge Kalil, a physician, professor of Clinical Immunology and Allergies at the School of Medicine (FM) of the University of São Paulo (USP), and director of the Immunology Laboratory at the Heart Institute (InCor), agrees. “The immediate solution is the first vaccines. The permanent solution will be other vaccines of new generations.” Kalil is head of a team at InCor developing a COVID-19 vaccine, which is currently in the preclinical phase, with studies being conducted on animal models.

According to Ferreira, clear publication of phase 3 clinical trial data and approval from regulatory agencies is more important than the differences in efficacy announced by different laboratories. In Brazil, scientists have also warned of the challenges of ensuring good communication in a vaccination campaign. “It is a shame the discussion regarding the use of vaccines has become so politicized, which doesn’t help anything,” says Moraes, from ABRASCO. “We have built up our infrastructure over nearly 50 years, with almost 37,000 vaccination posts, an established distribution network, and a computer system. The political debate generates distrust and makes it difficult to persuade the public to get vaccinated.”

Even if the recently started vaccination campaigns prove to be successful, scientists and doctors worldwide have pointed out that for at least the next few months, people should not abandon protective measures such as masks, hand washing, and social distancing.