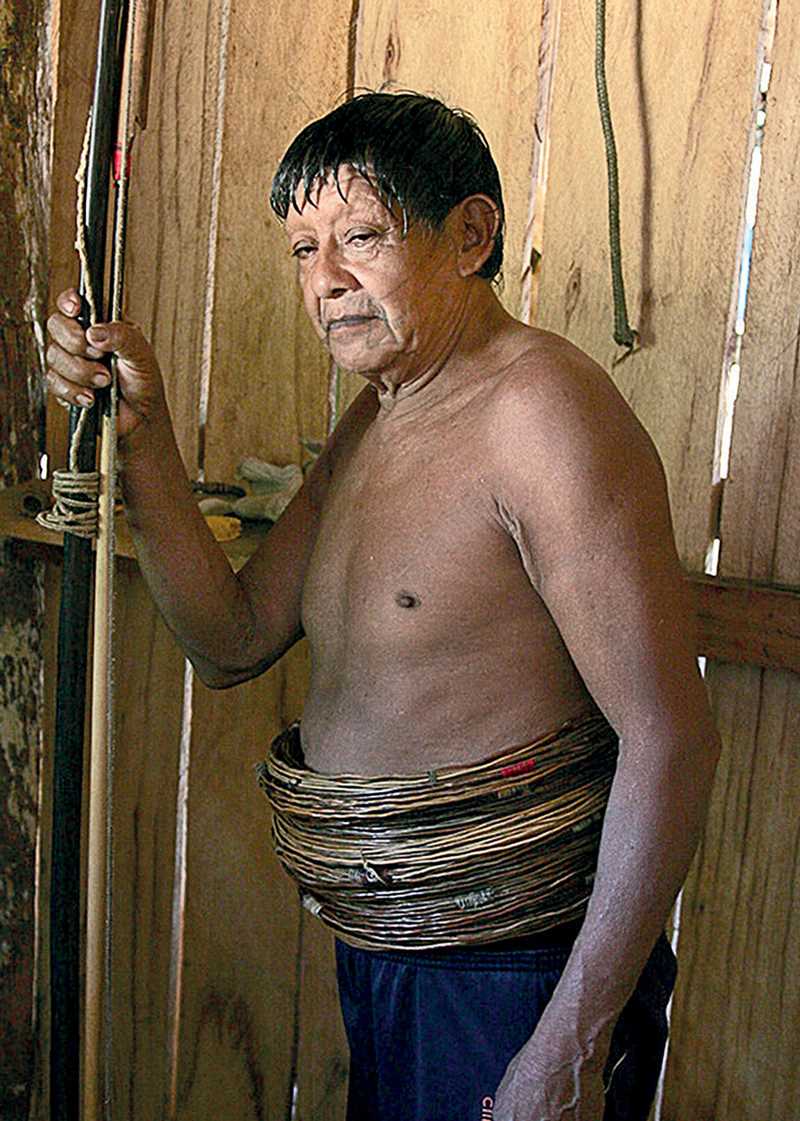 Aged somewhere between 86 and 90 years old, Aruká Juma, the last person to speak the language of the Juma people, died of COVID-19 on February 17 this year in a hospital in Porto Velho, the capital of Rondônia. His ethnic group, which numbered around 15,000 people in the eighteenth century, was devastated by diseases and conflicts with rubber tappers, loggers, and miners. In 1964, there were only six surviving members of the Juma people, and in 1999, there was only Aruká. His first wife had died in 1996. His four daughters, including one from another marriage, married into the Uru-Eu-Wau-Wau tribe. In 2016, as reported by the New York Times, he told photojournalist Gabriel Uchida: “The Juma were many before the rubber tappers and miners came to kill us. Before that, we were happy. Now I am the last survivor.” Aruká Juma said he was frustrated by not being able to talk to his grandchildren, who only speak Portuguese, a language he has never mastered. “Aruká was the last Juma man with knowledge of the hunting methods and artisanal ways of his people,” anthropologist Edmundo Peggion, from São Paulo State University (UNESP) in Araraquara, told the newspaper El País, which also reported his death. Peggion met Juma in the 1990s.