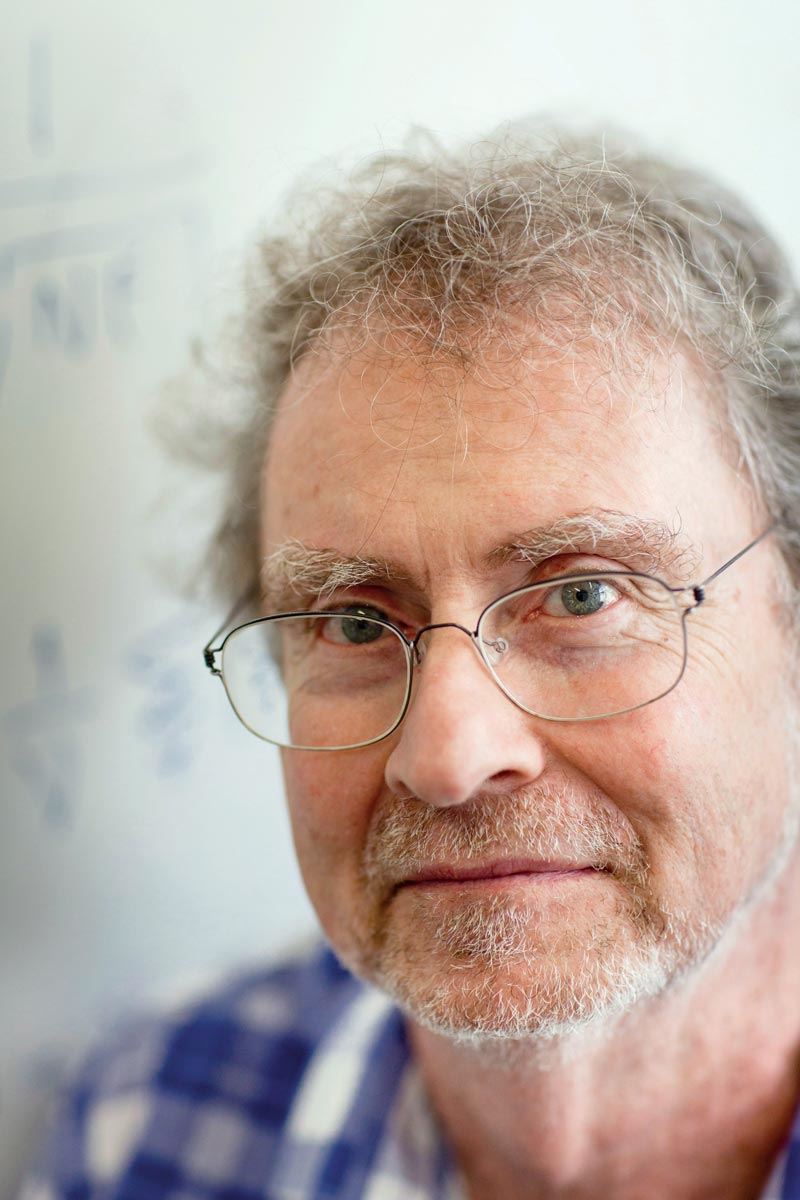 Fernando Lemos / O Globo AgencySince 1994, when he came to work at the Federal University of Rio de Janeiro (UFRJ) through a hiring competition, physicist Luiz Davidovich has seen research groups and the number of professors and students grow, but he senses a lack of interaction among specialists of diverse academic areas. “Social science teachers should teach elective classes for physics and engineering classes, and vice versa,” he says.

Since the pandemic began, Davidovich has spent at least two weeks a month in his country house in the municipality of Mendes, in the state of Rio de Janeiro. He can’t get out to walk the tree-lined dirt roads as much as he would prefer, because as president of the Brazilian Academy of Sciences (ABC), he spends most of his time in online meetings discussing ways to stave off the constant threat of cuts to the science budget: “The situation is tragic.”

You received your undergraduate degree in physics at the Pontifical Catholic University of Rio, PUC-RJ, where you later started your career, in 1977, after completing your doctorate in the United States and a postdoctoral fellowship in Switzerland. In 1994, you moved to the Physics Institute at UFRJ. Why?
There was a serious budget problem at PUC. One option would have been to increase student enrollment, but we had issues with that, because it could damage the quality of the institution—which was, and still is, very good. FINEP [Brazilian Funding Authority for Studies and Projects] had been paying teachers’ salaries at the Technical-Scientific Center, which were higher than those of other teachers, but after a few years they stopped. This created a crisis, because the university couldn’t lower salaries. It was a difficult situation for everyone. Some ten professors from PUC went to the UFRJ Institute of Physics. Several competed for full professorships. We were very well received. The institute began with researchers who came from the former National School of Philosophy: César Lattes [1924–2005], Jayme Tiomno [1920–2011], Joaquim da Costa Ribeiro [1906–1960], José Leite Lopes [1918–2006] and Plínio Sussekind Rocha [1911–1972]. It made a lot of progress, and today has a body of internationally prominent researchers.

What changes have you witnessed since arriving at UFRJ?
I saw research increase considerably, and new laboratories being installed, with federal support and from FAPERJ [Rio de Janeiro State Research Foundation]. We set up a quantum optics lab at the Institute of Physics [IF] and developed a strong collaboration between our theoretical and experimental groups. COPPE [Alberto Luiz Coimbra Institute for Graduate Studies and Research in Engineering, at UFRJ] and other institutes also developed tremendously, eventually becoming the Millennium Institutes and the INCTs [National Institutes of Science and Technology], which allowed new labs to be created.

In your opinion, 100 years after its founding, what are UFRJ’s biggest strengths and weaknesses?
Its strength is its competent people, who have done quality work in a variety of fields. On the other hand, I miss having more interaction between academic areas. There is a lot of compartmentalization, a distancing between disciplines and degree programs. Many departments remain isolated. Engineering is at the Fundão campus and economics and communication are at Praia Vermelha, but professors in the humanities and social sciences should be teaching elective classes for the exact sciences and engineering students, and vice versa. At PUC I ate lunch with colleagues from philosophy and history and learned a lot from them. Since UFRJ is very large, I normally eat with colleagues in my own group or others from IF. There were actions taken to mitigate this distancing, such as the creation of the College of Advanced Studies, which promotes transdisciplinary debates. But, after visiting other universities, I see that something more consistent is still missing.

Any examples?
Years ago, Lawrence Summers, then dean of Harvard University, led a reform of the institution’s teaching system and reorganized the curriculum structure. He created eight large blocks of subjects, covering all academic areas, and each student had to take at least one subject in each block. They were hands-on disciplines; an engineering student could participate in a survey conducted by sociology personnel and a student from sociology could enter a biology lab. He said that every self-respecting institution should radically restructure itself every 25 years. At various universities in the United States, freshman students have to participate in a workshop, and present lectures from among more than a hundred topics ranging from the frontiers of science to the history of Native Americans.

We have to offer students a broader education, with degree programs that aren’t restricted to the knowledge within each field

What is the objective?
This was created because they saw that students were entering the university with low levels of verbal skills and general cultural knowledge. In Brazil, I think we’re lacking a discussion about the university structure itself and the need for more interdisciplinarity. We must offer a broader education, with courses that aren’t restricted to the knowledge of each academic area. UFRJ should not only continue doing what it already does well, which is research, scientific articles, and industry collaborations, it should also promote meetings and working groups to think about Brazil. The country is lacking Thinking, with a capital T. The university has a moral obligation to collaborate to create Thinking for Brazil, helping to build a national project and define priorities, within a civilized debate capable of respecting and bringing together different opinions. And not only at UFRJ. Two years ago, ABC published a document, Repensar a educação superior no Brasil [Rethinking higher education in Brazil], with the participation of experienced people, which proposed broader educations with a leaner mandatory curriculum and more electives. The Federal University of ABC has already been built with this orientation, engineering is next door to philosophy and their natural sciences center is also the center for human sciences. The Federal University of Southern Bahia was also organized this way.

As president of ABC, what are you currently fighting for?
We’re going through a crisis that I could never have expected. When Jacob Palis was the president and I was on the board, there was the occasional crisis. Now it’s daily, with attacks on science, cuts in grants, and budget cuts. The situation is tragic. We have been mounting an intense campaign in Congress for the release of R$4.6 billion from the FNDCT [National Fund for Scientific and Technological Development]. The fund raised R$5.2 billion, but only R$600 million was released for this year, the rest is in a contingency fund. If this economic policy continues, we’ll be destroyed, and not only will companies fail, but also universities. In meetings with politicians, we have insisted that the way out of the recession is through science and technology—including the social and human sciences, because Brazil is still a very unequal country where 35 million Brazilians don’t have access to treated water. We need our entire system of knowledge for the country to grow and not end up with an export list dominated by commodities such as soybeans and iron ore. On Friday [August 7], in a meeting with senators, I spoke about a plant in the Amazon, the yellow uxi, Endopleura ushi, from which bergenin is extracted. This is an anti-inflammatory substance that’s sold in its purified form by a multinational company for R$1,200 per milligram. By weight, bergenin is 3,500 times more expensive than gold. Biodiversity could be an important resource for the national economy, so could renewable energies, but instead we see an economic policy that disregards these possibilities, which focuses on spending cuts and doesn’t have an investment plan that has a high return for the country. And it doesn’t consider that investing in science, technology, and innovation is important. Currently, more than half of Brazilian oil comes from the pre-salt fields, made possible by Petrobras collaborating with chemists, geologists, engineers, and mathematicians from various institutions, while the economists said it wasn’t economically viable. That’s why I argue that every economics student should take a mandatory course on the importance of science and technology for economic development.