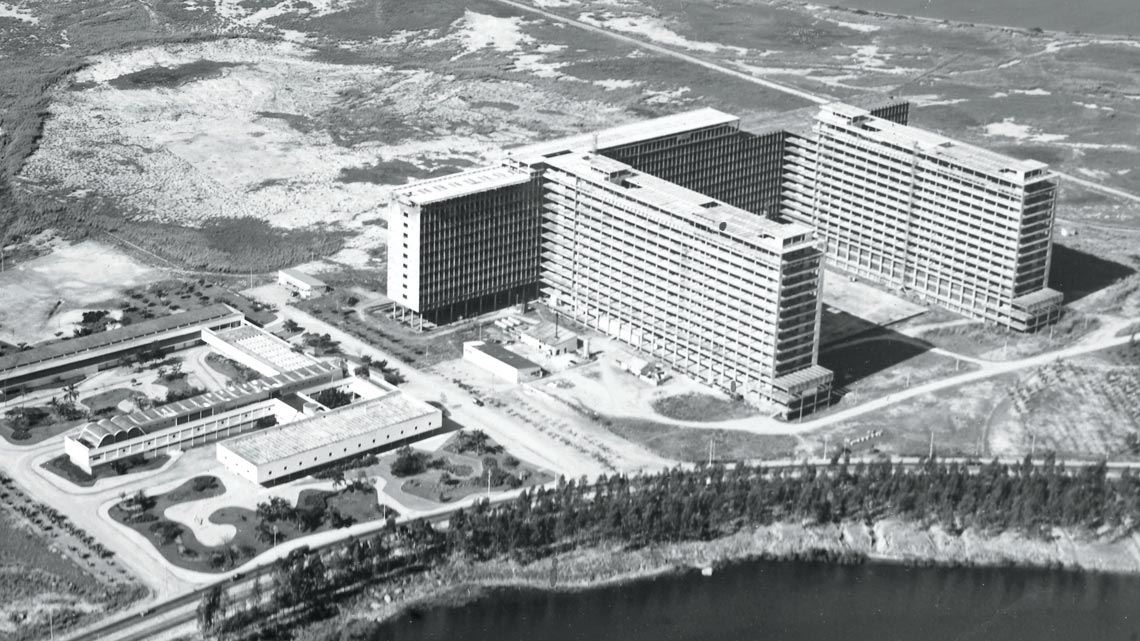 Construction of UFRJ in 1968

Many Latin American countries celebrated the 100th anniversary of their first universities while still in the colonial period—Peru, the Dominican Republic, and Argentina all established large institutions, some administered by the clergy, shortly after the arrival of the Spanish in the New World, between the sixteenth and seventeenth centuries. “Portugal, meanwhile, was reluctant to allow higher education institutions to operate in its possessions for fear of losing control of the colony,” says philosopher and education policy expert Valdemar Sguissardi, a retired professor at the Federal University of São Carlos and the Methodist University in Piracicaba. It was only after the royal family took up residence in Brazil in 1808 that higher schools of medicine, law, and engineering were authorized. This model survived the end of Portuguese rule. Even as late as 1918—when a rebellion at the National University of Cordoba, in Argentina, triggered an academic freedom reform that swept Spanish America—Brazil had not a single university to call its own, but only smallish schools where physicians, lawyers, engineers, and crop scientists were trained. Nor was the founding of the University of Rio de Janeiro, in 1920, a significant breakthrough, as the individual schools under its auspices continued to operate independently for many years.

But over the past 100 years, Brazil has made great strides to close the historical gap and successfully create an extensive and robust university system. According to the most recent Higher Education Census, in 2018, the country has a total of 2,537 higher education institutions, of which 199 are universities. Just over half of these are public institutions—63 federal, 40 state, and 4 municipal. Almost entirely thanks to these institutions, Brazil now ranks 13th globally for research output according to research firm Clarivat, behind the US, China, Canada, Australia, Japan, India, South Korea, and European countries like the UK, Germany, France, Italy, and Spain, but ahead of Russia, Iran, and all Latin American countries. Data compiled by the Brazilian Academy of Sciences from the Web of Science platform show that public universities accounted for around 95% of Brazil’s science output between 2011 and 2016. The country’s prolific research activity is underpinned by a graduate education system that, uniquely in Latin America, revolves around public universities—with these institutions offering a total of 2,200 doctoral, 3,400 master’s, and 700 professional master’s degree programs. Around 23,000 PhDs and 60,000 master’s degrees are completed each year in Brazil. In 2017, the University of São Paulo (USP) alone trained 3,078 PhDs, outperforming leading research universities in the US in quantitative terms: Harvard trained 1,528 PhDs that year, while the University of California at Berkeley trained 1,182. 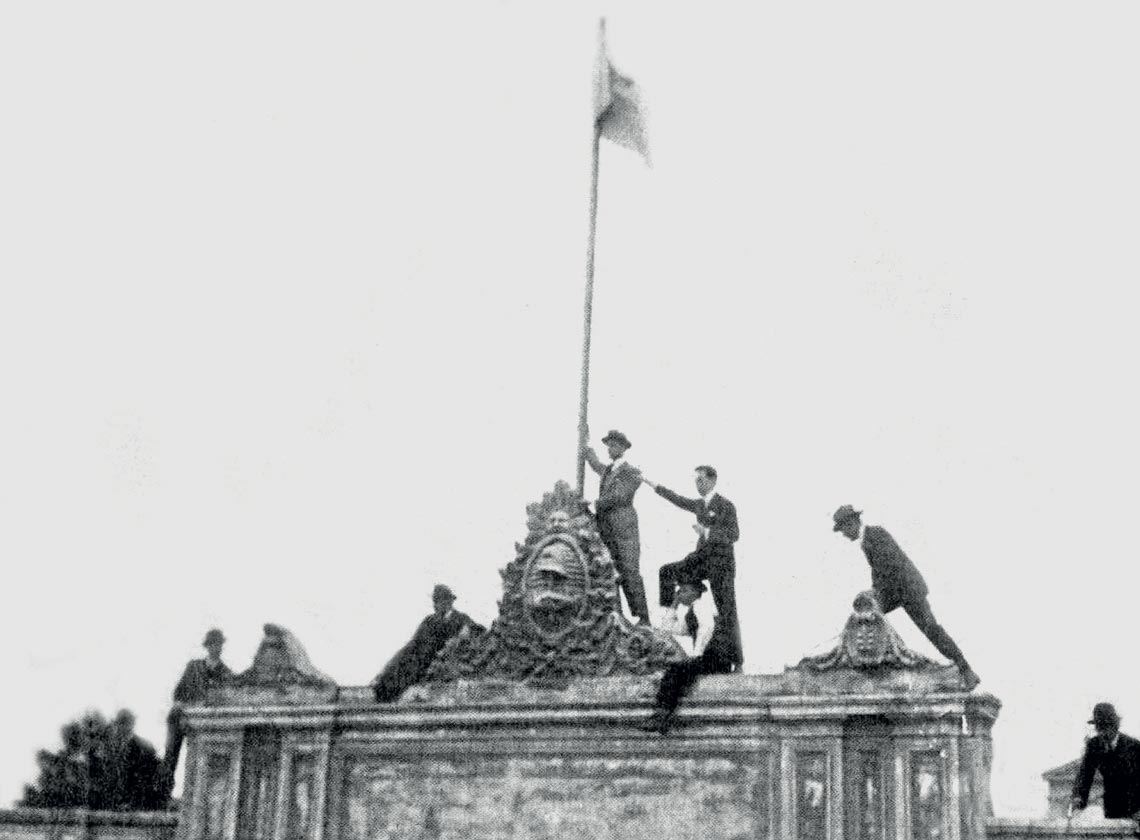 The student rebellion at the National University of Córdoba, in Argentina, in 1918Archivo General de la Nación

Brazil’s rise to its current position was punctuated by several key milestones, of which the founding of USP in January 1934 was especially important. The 1931 decree under which universities were created required that all institutions include at least three of either a school of medicine, law, engineering, or education. But USP went a step further, adding a School of Philosophy, Sciences, and Languages and Literature to its existing schools of law, medicine, engineering, crop science, pharmaceutical engineering, and education. “For the School of Philosophy they brought faculty from Europe, including professors of mathematics, biology, physics, social sciences, and other disciplines, who created research centers in Brazil modeled after European traditions. There was then no equivalent in Brazil or elsewhere in Latin America,” says sociologist Simon Schwartzman. 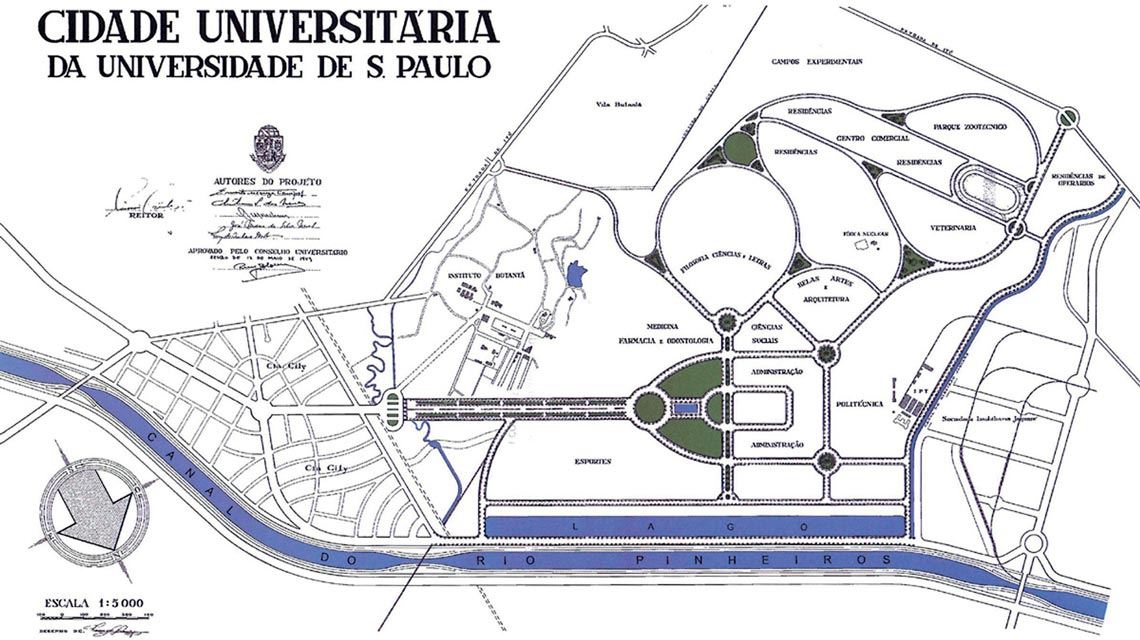 Reproduced from the University of São Paulo – Models and Blueprints / Edusp

Another important milestone was the University Reform of 1968, which abolished the system of cátedras, or “chairships”, and replaced it with an organizational model mirroring that of large US universities, with tenured professors who are able to reconcile teaching with research. The new system had an impact on public universities that had been founded in the post-war period, some via the federalization of state and private institutions, and shaped the development of those created after the 1970s. The reform resonated with academic sectors that were advocating for universities to be more focused on research—the idea of ​​replacing chairships with departments had already been adopted, for example, in 1961 by the University of Brasília. This shift coincided with the early formation of the graduate system as we know it today, also modeled after US institutions. 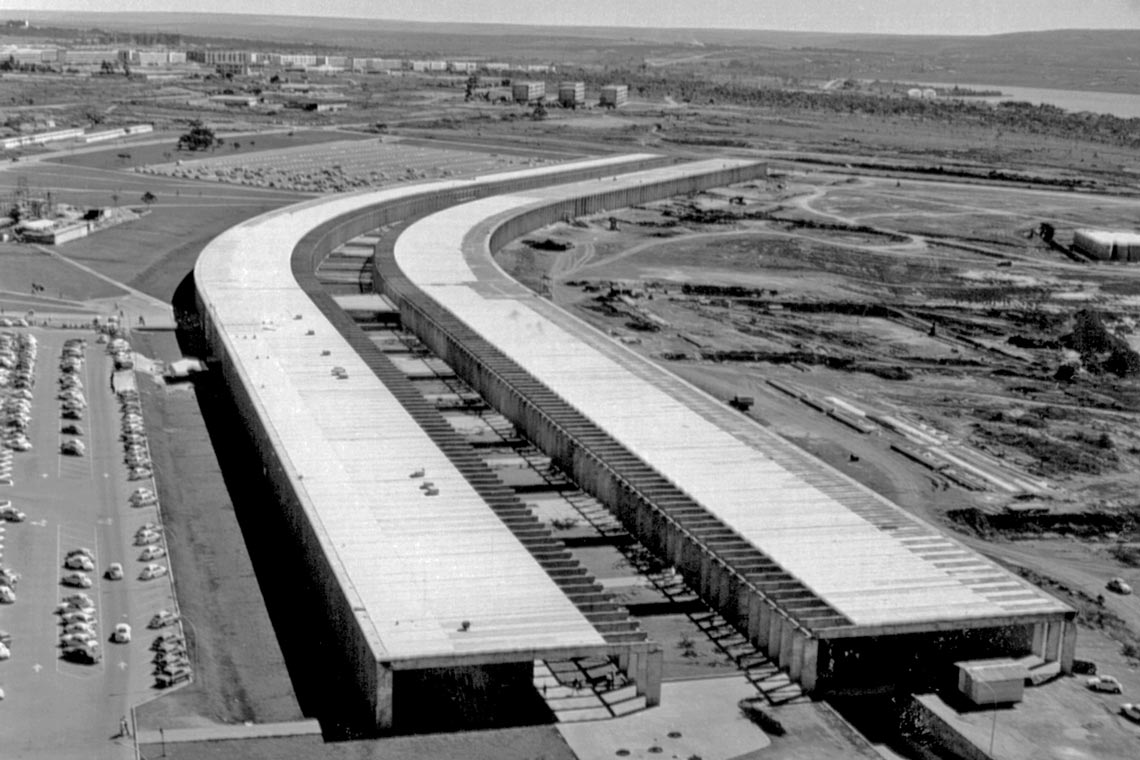 This university model provided a conducive environment for professors interested in doing research, says Elizabeth Balbachevsky, a professor of political science at USP’s School of Philosophy, Languages and Literature, and Human Sciences. “Many Latin American countries have experienced brain drain in recent decades, whereas Brazil has not. In some of our neighboring countries, professors are still hired under arrangements that we would consider far from ideal, such as on an hourly fee basis. In Argentina, some professors work as volunteers in an honorary capacity, without pay,” she explains. “The development of research universities was an ambition shared by successive administrations on both ends of the political spectrum, and is the result of a concerted, long-term effort to expand Brazil’s ability to generate knowledge and drive development.”

The model adopted in Brazil, however, involved a trade-off that distanced it from that of most other nations. While Latin American countries created universities to be attended by thousands of students, Brazilian universities avoided massification in order to preserve quality. Even today, only a minority of students has access to public universities, while private ones have proliferated. In 2017, 2 million students were admitted to public higher education institutions, and 6.2 million to private ones. For Schwartzman, Brazil’s attempt to mirror the US system was incomplete. “We copied the top of the system, creating universities dedicated to research, but we neglected the mass education component. In the US, most students graduate from local colleges and community colleges. In Brazil, the solution to expand undergraduate education has been private education. We are among the countries with the highest rate of private admissions in the world.” The most recent “Education at a glance” report by the Organization for Economic Cooperation and Development (OECD) found that, besides Brazil, only Japan, South Korea, and Chile have more than 50% of their tertiary education students enrolled in private schools. 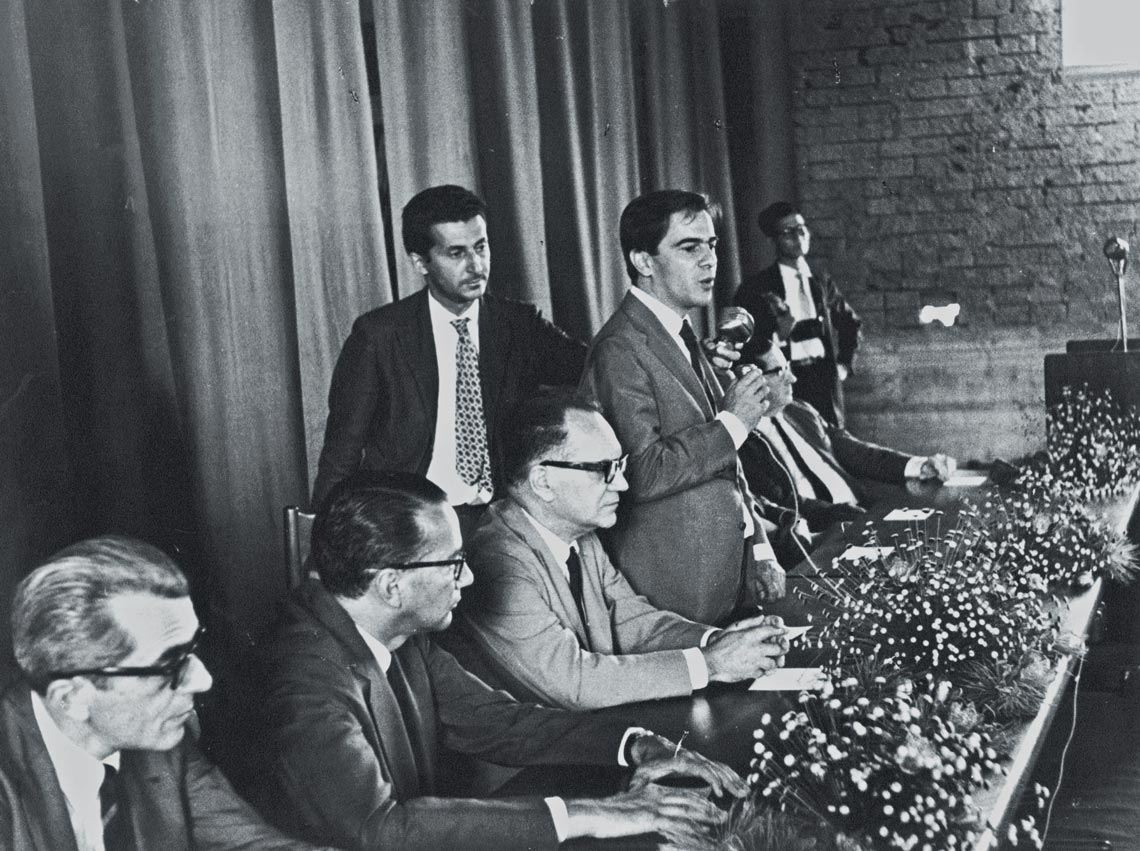 Anthropologist Darcy Ribeiro delivering a speech at the opening ceremony of the University of Brasília, in 1962Central Archives, UNB

But the abundance of private institutions has not been sufficient to address Brazil’s limited higher education attainment. According to the OECD report, about 18% of Brazilians aged 25 to 64 have attained tertiary education. This is similar to the attainment rate in Mexico, but below Argentina (36%), Chile (25%), and Colombia (23%). In OECD countries, the average tertiary attainment rate is 39%. Over the past decade, however, there has been a considerable increase in university attainment. In the 25 to 34 age group, the percentage of Brazilians with university degrees grew from 11% in 2008 to 21% in 2018. “We may have some of the best universities in Latin America, but only a handful of Brazil’s youth have access to them,” says Valdemar Sguissardi, who explored the phenomenon in an assessment by the National Education Council of Brazil’s policy to expand higher education between 2002 and 2012. “We have a good graduate system, but have neglected undergraduate education.”

Another issue has been the varying levels of success in implementing the model at different universities. In a 2013 study, Balbachevsky showed that while all Brazilian public institutions share a common model combining teaching, research and extension, and have a majority of tenured professors, not all have succeeded in developing into research universities. She believes this would require two things: that universities change their career rules, and that they attract faculty who can undertake the task of developing graduate programs. “This has been done at some universities, such as the state universities in São Paulo, and the federal universities of Minas Gerais, Rio de Janeiro, Pernambuco, and Rio Grande do Sul, but not at others, and it is unclear whether society’s needs are being met. Some have implemented this partially, in selected departments.” Naturally, says Balbachevsky, different universities will have different strengths—some may be more internationally competitive, while others have a more regional impact. “But federal universities use a model that puts them all in the same bucket and allows for limited flexibility. This prevents regional universities from leveraging their biggest strength, which is responsiveness to local challenges.” 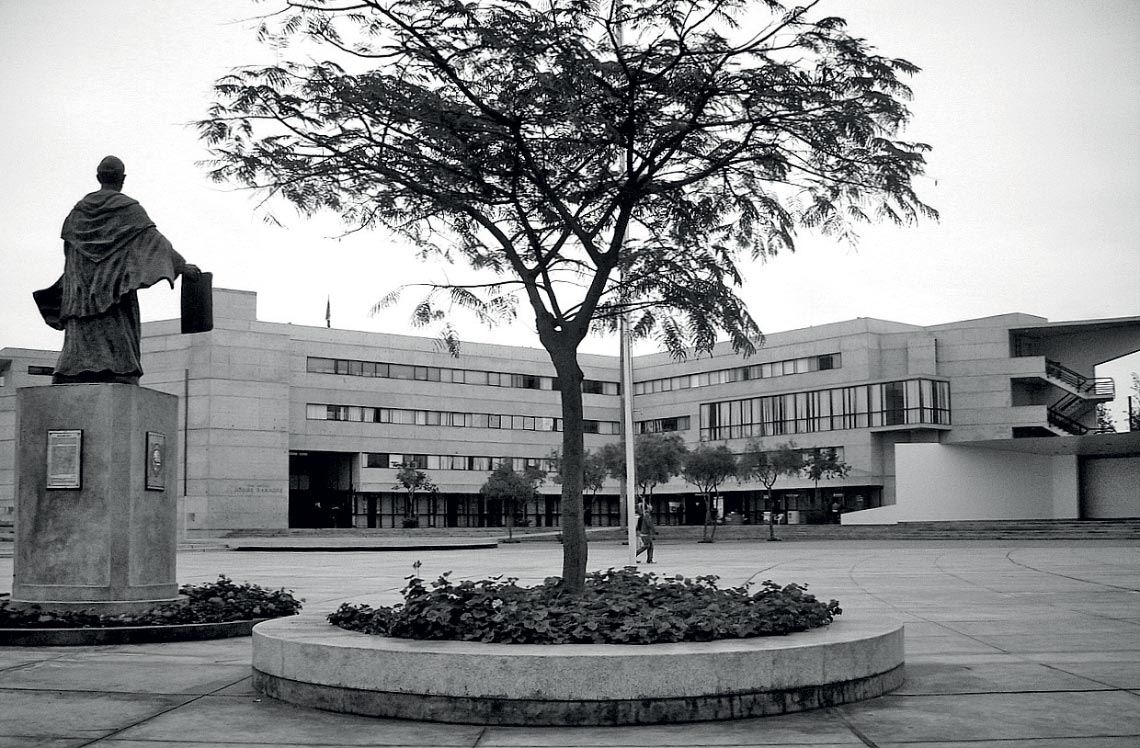 In today’s most influential university rankings, Brazil is well placed among its Latin American peers, but no Brazilian university has made the top 100 globally, with the country’s best placed institution, USP, typically ranking within the top 200. And while these rankings remain largely dominated by traditional institutions in the US and Europe, relatively young universities, especially in Asian countries like China, South Korea, and Singapore, have succeeded in climbing the ranks relatively quickly. These universities are focused on research and development directly connected to industry needs, in contrast with Brazil’s younger public universities, most of which are confined to teaching and have yet to develop research capabilities (see Pesquisa FAPESP issue no. 287). “Brazil’s ‘technological school’ model may be the most beneficial for industry, but there is a risk that it could leave little room for fields such as the arts and humanities, and for basic research, all of which are central to the concept of a university,” says Sguissardi.

Another question that arises is whether Brazilian universities are prepared to support society in meeting the challenges of a changing world and economy. For Schwartzman, public universities’ governance models, virtually unchanged since the previous century, have become obsolete. “Efficiency is undermined by a combination of rigid management and politicization, whereas in more developed countries, universities have not only academic freedom, but also administrative and financial independence, and so are better able to respond to the needs of society and the private sector.”

Jacques Marcovitch, who served as dean at USP between 1997 and 2001, notes that Brazil’s higher education system has shown an ability to adapt to changes in society over time. “In the nineteenth century, the first law schools were established amid the early formation of the Brazilian State, and the first engineering and agricultural schools were founded to train technicians for important economic sectors. In the second half of the twentieth century, when supply chains became more diversified, universities were quick to respond. UFRJ acquired an entirely new identity when it specialized in oil and gas technologies, while the Brazilian Air Force Institute of Technology helped to develop a local aerospace industry,” he says. The world is now experiencing a societal and economic transformation more profound than the industrial revolution, says Marcovitch. “In the formative years of our higher education system, we had names like architect Ramos de Azevedo, who managed the Polytechnic School and repurposed the School of Arts and Crafts for urban planning projects; Luiz de Queiroz and his wife, Ermelinda, two farmers who created the Higher School of Agriculture in Piracicaba; and Roberto Simonsen, who cofounded the School of Sociology and Politics,” he says. “The time has come for the pioneers of the twenty-first century to rise to the challenge of creating schools that can train students in the fields of social media, data science, and artificial intelligence, and equip them for Brazil’s dual society in the emerging digital age.”