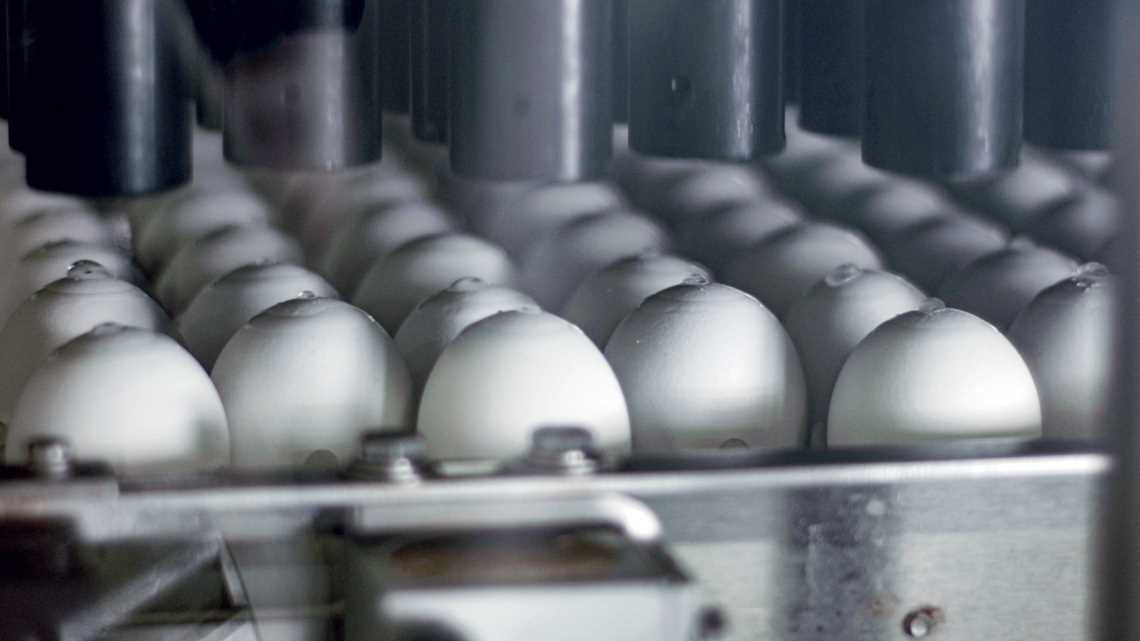 Eggs used by the Butantan Institute at its flu vaccine plant: the same technique could be used to produce ButanVac

If everything goes as planned, the Butantan Institute expects to start human trials of its SARS-CoV-2 vaccine candidate, named ButanVac, within a few weeks—as soon as it receives approval from the Brazilian health agency (ANVISA). Developed in collaboration with researchers from the USA, the vaccine uses an inactivated and genetically modified virus to express the novel coronavirus’s spike protein, thus stimulating an immune response. It will be manufactured entirely in São Paulo, using domestic raw materials and the production infrastructure already in place for the flu vaccine. “We already have enough doses to start a clinical study, which should be very fast,” said Dimas Covas, director of Butantan, when the plan was announced at the institute on the morning of March 26 by the governor of São Paulo, João Doria.

Authorization for phase 1 and 2 clinical trials was was requested at the same time, with ANVISA typically responding within an average of 72 hours. In general, phase 1 trials assess whether a product is safe, while phase 2 helps to define whether it produces any therapeutic benefit, its most efficient (and safest) dosage, and whether it causes any side effects in a larger group of people than was involved in the previous phase. Also on March 26, Marcos Pontes, Brazil’s Minister of Science, Technology, and Innovation, told a press conference that a request for human trials of another vaccine candidate—known as Versamune-CoV-2FC—had been submitted to ANVISA the previous day. The compound was developed by immunologist Celio Lopes da Silva, from the Ribeirão Preto School of Medicine (FMRP) at the University of São Paulo (USP), in partnership with São Paulo–based startup Farmacore and American lab PDS Biotechnology and funded by the Ministry of Science, Technology, and Innovation (MCTI) (see Pesquisa FAPESP issue no. 301).

ButanVac uses viral vector technology to stimulate the immune system to produce antibodies against SARS-CoV-2. The strategy was conceived by a group led by Austrian-American virologist Peter Palese, from the Icahn School of Medicine at Mount Sinai in New York, USA, with the aim of creating a cheap product that could be manufactured by low- and middle-income countries. Mount Sinai holds the license for producing the vaccine and transferred it royalty free to Butantan in Brazil and research centers in Thailand, Vietnam, and Mexico via independent agreements.

“We have an agreement with the Butantan Institute to start clinical trials in Brazil using a second generation of the new vaccine [ButanVac]. We are also developing vaccines against the Brazilian and South African variants for Butantan,” Palese told Pesquisa FAPESP. According to the virologist, the second generation of the vaccine, which can be kept for three weeks at a temperature of 4 degrees Celsius, is more stable and provokes an even better immune response. Set to be assessed in clinical trials in Brazil and Mexico, the formulation is currently undergoing phase 1 human testing in the USA, Thailand, and Vietnam.

The vaccine uses a genetically modified form of the Newcastle disease virus—which leads to respiratory problems in birds but does not cause serious disease in humans—altered to incorporate the SARS-CoV-2 spike protein gene. It is this protein that allows the coronavirus to bind to and infiltrate human cells. The recombinant virus (containing the coronavirus gene) is then purified and inactivated. Once injected into the body, it is recognized by immune system cells as an external and potentially aggressive agent. These cells then start creating antibodies against both the Newcastle virus and the coronavirus’s spike protein.

“The vaccine is safe. The Newcastle disease virus has already been tested in cancer treatments and there have been no reports of significant side effects,” said Palese, who played an important role in the development of the techniques that led to the production of flu vaccines.

Data from animal testing (preclinical trials) support the virologist’s optimism. In its first experiment, the Mount Sinai group tested a version made with live attenuated viruses on mice. According to the results, published in an article in the journal EBioMedicine on November 21, rodents given two intramuscular doses of the vaccine produced a large number of antibodies capable of neutralizing the novel coronavirus, and when infected with a version of SARS-CoV-2 that affects rodents, they did not become sick.

In another test, the researchers tested the performance of two different formulations of the vaccine on mice and hamsters, with the virus inactivated by a chemical compound (less immunogenic than the previous version, but safer). One of the formulations was made with only the inactivated virus, while the other also contained an adjuvant—an agent that increases the effectiveness of vaccines by eliciting a more robust immune response. The animals were given two doses of the vaccine and later infected with the novel coronavirus. Compared to the control groups that were not immunized, animals that received the vaccine, especially the one with the adjuvant, experienced milder symptoms of the disease, with less weight loss and a much lower level of the virus in their lungs, according to the results published in the journal Vaccines on December 17. “As with all COVID-19 vaccines, a single dose should offer good protection, but two will provide a better and more lasting defense,” says Palese.

In partnership with the Mount Sinai group, Palese sent a virus bank of genetically modified versions of Newcastle disease to Butantan. These were replicated by researchers from the São Paulo Institute and used to start production of the potential vaccine. “We produced a pilot batch of a refined version of the vaccine that makes the spike protein more stable and is capable of generating greater immunogenicity, and then we sent the inactivated viruses to Palese’s group to test on lab animals,” says biologist Paulo Lee Ho, a researcher from Butantan who is working on the project. The results confirmed the compound’s performance, but have not yet been published.

At a time when vaccines are in short supply worldwide, being able to produce one or more domestically is vital, and manufacturing ButanVac requires almost no initial investment. It uses a very similar technology to the flu vaccine, of which Butantan produces about 80 million doses per year for Brazil’s public health system, and could use the same facilities. Injected into embryonated eggs, the viruses infect the cells of the allantoic fluid and multiply. They are then isolated, purified, and chemically treated to be made inactive. One egg can be used to make up to 10 doses of the coronavirus vaccine, about 10 times more than the number obtained for the flu vaccine. According to Covas, after annual production of the flu vaccine is completed in May, Butantan will be able to manufacture 40 million doses of ButanVac by the end of July. “We could, if all goes well, start using the vaccine in the second half of this year,” Covas said at the March 26 press conference.