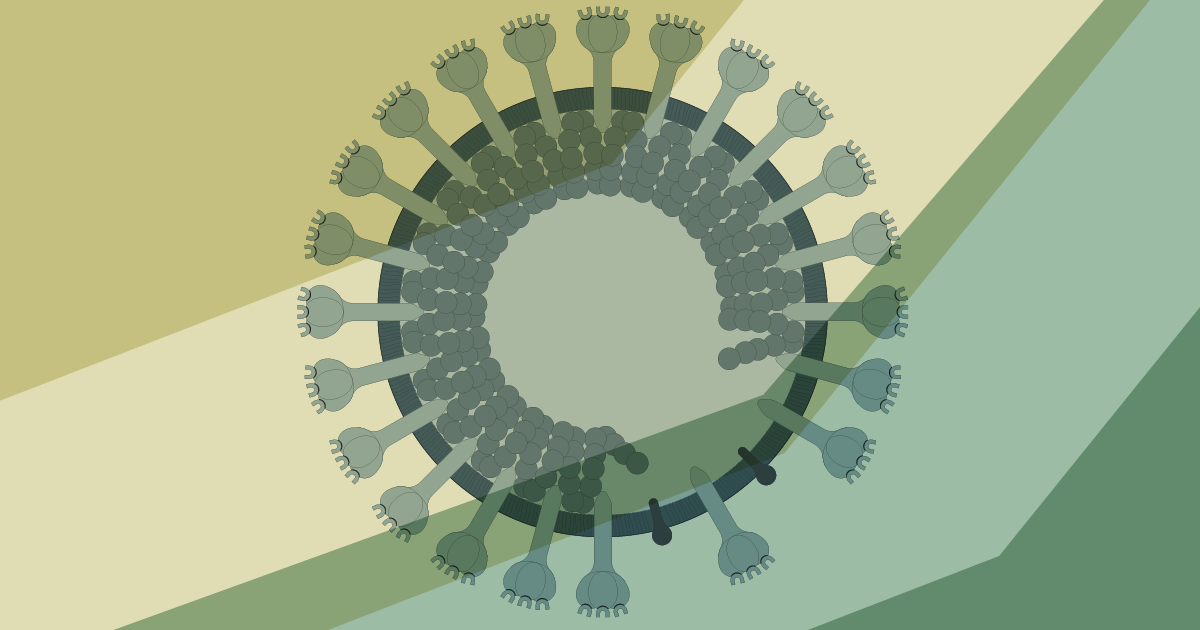 Despite some 60% of Brazilians having received at least two vaccine doses and the prospect of importing enough to immunize the entire population, the country’s laboratories are advancing in their efforts to develop a vaccine that does not rely on foreign inputs. Of the 16 projects funded by the Virus Network, an initiative run by Brazil’s Ministry of Science, Technology, and Innovation (MCTI) and National Council for Scientific and Technological Development (CNPq), five have completed or are soon to complete preclinical trials on animals and are awaiting authorization from the Brazillian Health Regulatory Agency (ANVISA) to begin the next phase. ButanVac, produced as part of an international collaboration involving the Butantan Institute, has started testing on humans in Brazil and other countries.

Researchers interviewed by Pesquisa FAPESP say a Brazilian vaccine is important to reduce import costs and maintain high levels of antibodies in the population, since the novel coronavirus is expected to continue circulating and additional doses will be needed. They are searching for innovations to increase effectiveness, decrease transmission, and produce longer-lasting immunity—early results with current vaccines indicate that initial protection lasts for between six months and a year. A Brazilian vaccine could also be adapted to local variants—such as the gamma variant—not covered by imported versions. The same goals are being pursued by the rest of the world. Attempts are also being made to develop cheap vaccines that can increase immunization rates in low-income countries, particularly in Africa and Asia, where only 2.6% of the population is fully vaccinated, according to data published by the World Bank on November 18.

The four most advanced projects as of March this year (see Pesquisa FAPESP issue nº 301) all postponed their clinical trials: Versamune-CoV-2FC, a partnership between the Ribeirão Preto School of Medicine (FMRP) at the University of São Paulo (USP), São Paulo–based biotechnology startup Farmacore, and American lab PDS Biotechnology, with the first batch of vaccines ordered from the US yet to arrive; the Federal University of Rio de Janeiro (UFRJ) restarted development of its UFRJvac to include the new variants; Flu-CoV, made by the Federal University of Minas Gerais (UFMG), the Oswaldo Cruz Foundation (FIOCRUZ), FMRP, and Butantan, showed low effectiveness; and a nasal spray by the Heart Institute (InCor) at USP’s Medical School (FM) in São Paulo is currently undergoing additional tests to answer questions from ANVISA.

“These projects could have progressed further if the private sector had participated in the process from the start,” says Ricardo Gazzinelli, an immunologist at UFMG and head of the Brazilian National Institute of Vaccine Science and Technology (INCTV). He points out that the public sector, represented by the Butantan Institute and the Oswaldo Cruz Foundation (FIOCRUZ), is good at producing vaccines, but the fact that it is subsidized by the government prevents the private sector from joining the highly important medical effort. “Vaccine development is a costly and high-risk investment, which can put off Brazilian pharmaceutical companies,” he explains.

One of the problems with current vaccines, which are administered intramuscularly, is that they stimulate antibody production in the blood, but not in the mucous membranes of the respiratory tract. Thus, the person suffers few or no symptoms of the disease but can develop the infection and transmit the virus through droplets or aerosols expelled from their nose and mouth.

“Current vaccines are only 30% effective at preventing infection in the nose, so vaccinated people can still transmit the virus,” warns Jorge Kalil, an immunologist at FM-USP. The development of a nasal spray aims to stop the pathogen as soon as it is breathed in. Kalil leads a team that created antigen-carrying nanoparticles capable of crossing the cilia and mucus, to then be absorbed by the mucous membrane. “The spray attacks not only the disease, but also the infection, and nasal administration could make people more likely to accept it,” he suggests.

To improve the immune response, Kalil’s group used one of the most important parts of the spike protein that characterizes SARS-CoV-2: the region that binds to human cells to facilitate entry of the virus, called the receptor-binding domain (RBD). “The immune cells recognize the RBD, which is the main antigen of the coronavirus,” explains Kalil.

The antigen includes the RBD of the alpha, beta, gamma, and delta variants. “We tested the virus’s 36 proteins, broken down into 66 segments, and realized that this region is the one that stimulates the most complete immune response,” explains Kalil. In mice, as well as inducing antibody production, the vaccine led to the death of infected cells in the blood and mucous membrane. This response on two fronts indicates that the vaccine may elicit longer-lasting protection, one of the objectives of the new generation of vaccines.

SpiN-Tec, the vaccine created by UFMG, also focuses on essential parts of the SARS-CoV-2 virus, using the N protein, which naturally protects the RNA inside the virus, together with the RBD to stimulate a more complete immune response. “Since we use several different regions of the protein, many mutations would be needed for a new variant to evade detection by the immune system,” explains Gazzinelli, head of the project.

The N protein appears to be under less selective pressure from the immune system. The researcher used bioinformatics to evaluate about 100 samples of the isolated virus and found no amino acid changes in the N protein associated with the new variants. Together, the RBD and the N protein result in a chimeric protein that does not exist in the original virus.

The Versamune-CoV-2FC vaccine, meanwhile, uses nanoparticles to carry another antigen: the S1 stretch of the S protein, where the RBD is located. “In addition to inducing antibody production, the composition of the S1 protein in the Versamune carrier and immunostimulator is capable of activating the immune system as a whole, with long-term protection,” explains Helena Faccioli, CEO of Farmacore, a biotechnology company from Ribeirao Preto.

These spherical lipid nanoparticles, which help the antigen circulate around the body and increase the immune response by stimulating T-cell production, were developed by American partner PDS Biotechnology. “The partnership between a public university, FMRP at USP, and the private sector is what makes the project viable—we’ve been thinking about production and regulatory strategies since the very beginning,” explains Faccioli, referring to the rarity of such collaborations in Brazilian vaccine development.

The UFRJvac antigen is composed of three units of the complete S protein (a trimer) as it exists naturally on the surface of the virus. “Based on the coding sequence published by an American group in the journal Science, we developed genetically modified cells and the technology to produce them in bioreactors on a pilot scale. Then we developed everything again for seven variants and tested it on four animal species,” says Leda Castilho, a chemical engineer from the Alberto Luiz Coimbra Institute for Engineering Research and Graduate Studies (COPPE) at UFRJ and head of the UFRJvac project. “Clinical trials will be used to evaluate a monovalent version based on the delta variant and a trivalent version based on the delta, gamma, and D614G variants, but UFRJvac can be adapted to new variants in less than 150 days.”

ButanVac is the only Brazilian vaccine that has already completed phase 1 clinical trials and been approved by ANVISA. The vaccine, developed by scientists at Mount Sinai Medical Center in the USA, uses the virus that causes Newcastle disease—which only affects birds—altered to produce a modified and more stable S protein known as HexaPro.

The virus is produced in embryonated eggs, the same technology used to make the flu vaccine, and is designed to work against the gamma and delta variants, but it is possible to alter the target. “We will be able to deliver 80 million doses of ButanVac to the Ministry of Health per year,” estimates physician Dimas Covas, president of the Butantan Institute.

He does not believe ButanVac will replace CoronaVac, the production of which should continue. Because it is made using the entire virus, CoronaVac includes a more diverse range of antigens. ButanVac, however, stimulates a stronger immune response. Butantan has already carried out phase 1 clinical studies with 120 people and has plans to proceed to phase 2 with 4,000 volunteers.

It is not only new technologies that are being used to create vaccines for the novel coronavirus. Researchers at the State University of Ceará (UECE) are testing whether an existing coronavirus vaccine for birds, made from an attenuated version of the virus, could be used in humans without any need for modifications. “Employees who spray the vaccine on farms, even without protective equipment, do not get sick,” says veterinarian Ney de Carvalho Almeida, a PhD student at UECE supervised by biochemist Izabel Florindo Guedes.

In the preclinical phase, the veterinary vaccine induced SARS-CoV-2 antibody production in mice and in human cells, destroying 95% of the pathogens, according to the researcher. At ANVISA’s request, Guedes and her team conducted tests on hamsters to check for lesions in the lungs or circulatory system, and none were found.

The vaccine is applied by a spray and the cost would be low because it could be produced in existing bird vaccine factories, which produce it in eggs. “People could pick up the spray at health centers or buy it at pharmacies and administer it themselves,” says Almeida, who has already filed a patent for this new purpose with Brazil’s National Institute of Industrial Property (INPI), on behalf of UECE. Because it uses a complete virus, the vaccine does not easily lose effectiveness, but it may need to be supplemented if new variants emerge.

“Each platform has its advantages, which is why it is important for Brazil to develop as many of them as possible,” says Gazzinelli. The RNA technology used by Pfizer/BioNTech and Moderna is relatively new, so it has not yet been used in Brazil. But it provokes a very strong immune response and can be quickly reformulated when new variants emerge. “Some Brazilian groups are already working on this approach,” he says. “Every effort is worth it, vaccines save lives,” concludes Covas.