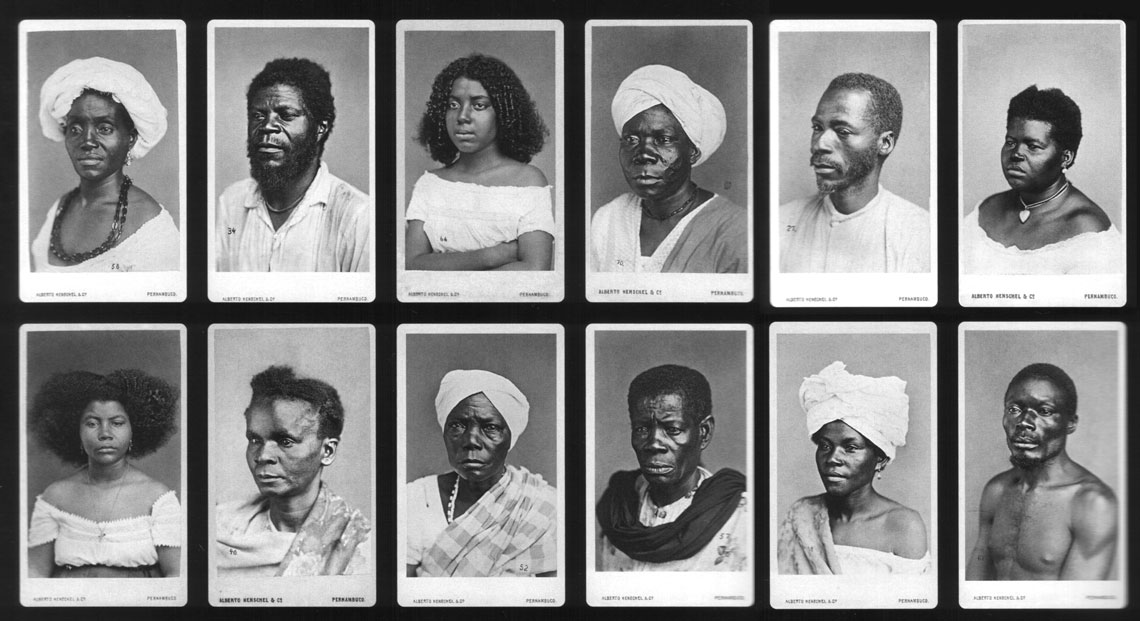 Portraits of slaves in the nineteenth century: a mixture of different ethnicities

The transatlantic slave trade, the largest forced migration documented in history, shaped the genetic makeup of populations across North and South America. More than 12.5 million Africans were brought to the Americas between 1514 and 1866—most (61%) between 1750 and 1850. This period of increased movement coincided with rising miscegenation (Molecular Biology and Evolution, March 3). An international team led by geneticist Eduardo Tarazona Santos of the Federal University of Minas Gerais (UFMG) found evidence of this in the genomes of nine populations of African descent in the Americas. In the study, the researchers compared the genetic profile of 6,267 individuals from these populations with 11 others from Africa. The data suggest that mixing in the Americas intensified between 1750 and 1850, as the arrival of enslaved Africans peaked. One consequence of the migration of such a large number of people, and of miscegenation in the Americas, is that populations of African descent play an important role in preserving the diversity of those that left Africa between 500 and 150 years ago.