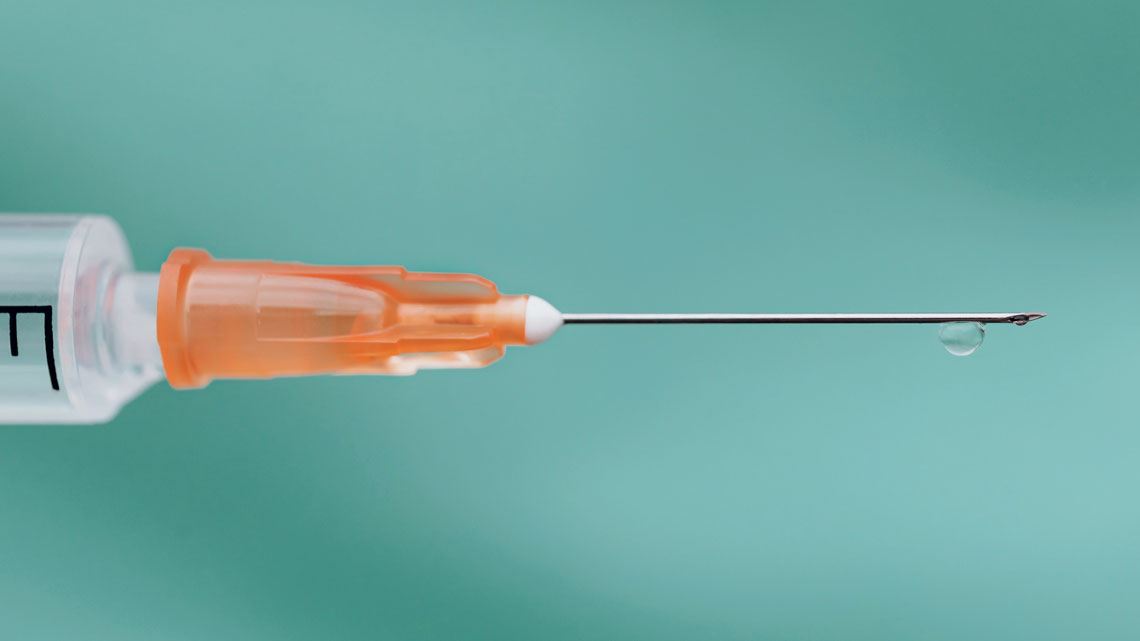 Interruptions in human clinical trials are seen as standard procedure when developing new vaccines and drugs. When a participant experiences a serious illness or unexpected death that could be linked to the vaccine or drug being tested, those running the trial have to assess whether it is safe to proceed. Sometimes, the health authorities ask developers to pause the trial until the cause of the complication can be identified and the product is proven safe. If no clear relationship is found between the illness or death and the drug in question, testing can be resumed. Otherwise, the trial may be abandoned.

The public is rarely aware of these setbacks. Between September and October of this year, however, interruptions during phase 3 clinical trials (the final stage before approval) of two COVID-19 vaccines—one developed by British company AstraZeneca in partnership with the University of Oxford, the other by pharmaceutical company Janssen, which belongs to the American group Johnson & Johnson—made headlines around the world. Both trials were eventually resumed, but news of the temporary suspensions had many concerned. The two vaccines use different adenoviruses (viruses that cause respiratory problems in animals or humans) to transport SARS-CoV-2 material that in theory is capable of stimulating an immune response in recipients.

In phase 3 trials, one group of volunteers is given the drug being tested, while another group receives a harmless placebo. To ensure the process is completely unbiased, those running the trial do not know which participants are in which group. Adverse reactions classed as mild, such as light headaches and pain at the vaccine application site, are not considered reason enough to suspend a trial. If a more serious issue arises, such as inflammation of the central nervous system or risk of death, an independent committee is called upon to analyze the case. “In large clinical trials, there are always complications. This is normal, and a committee of experts assesses the situation,” says immunologist Jorge Kalil, from the School of Medicine (FM) at the University of São Paulo (USP) and director of the Immunology Laboratory at the Heart Institute (InCor). “The problems may not be directly related to the vaccine. When this is proven, the study continues. Hope for a COVID-19 vaccine remains high.”

The first holdup was made public roughly two months ago. AstraZeneca, which is testing its vaccine candidate on 50,000 individuals in the UK, Brazil, India, South Africa, and the USA, released a statement on September 8 confirming a news report published two days earlier: the study had been suspended after a British participant experienced adverse reactions. The patient fell ill with no apparent explanation and developed transverse myelitis, an inflammation of the spinal cord. The vaccine had passed clinical trial stages 1 and 2 with no major problems. “The Oxford vaccine was given to a large number of people, so this type of situation, which was not necessarily caused by the product being tested, is not surprising,” says virologist Celso Granato of the Federal University of São Paulo (UNIFESP), clinical director at the Fleury Group. 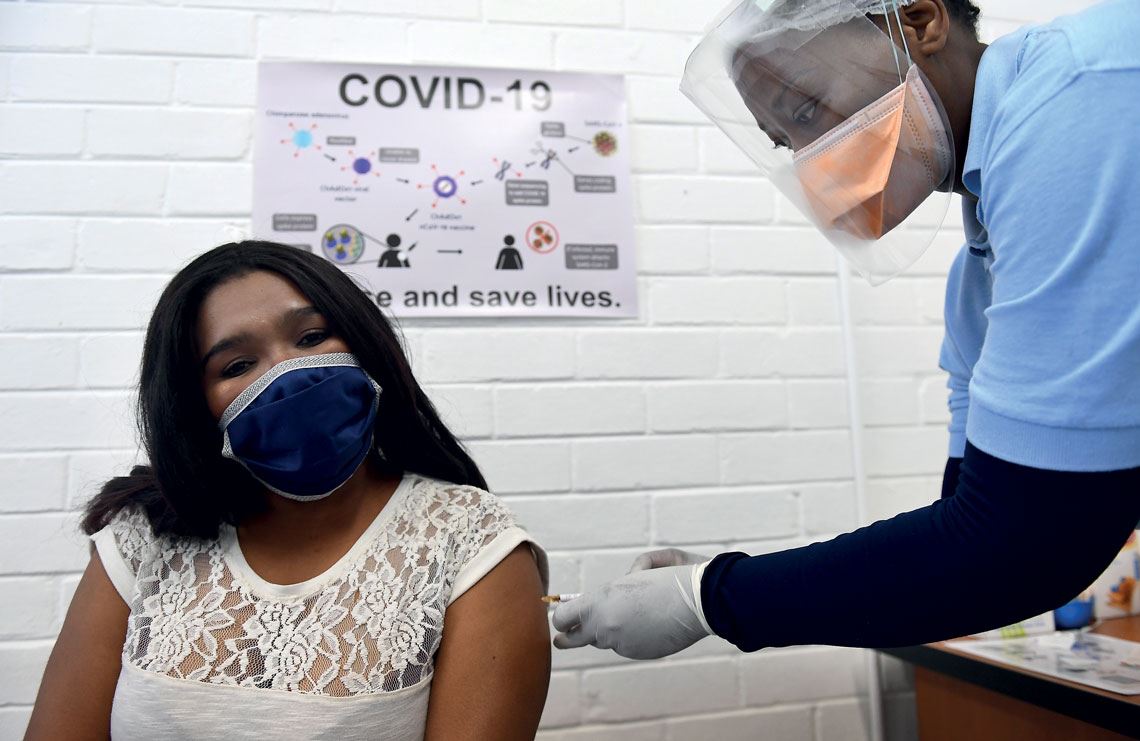 AstraZeneca found that the health problem was not related to the vaccine and the trial was eventually resumed in all of the countries, albeit some more quickly than others. In Brazil, one week after the incident was announced, the study was restarted. In the USA, the authorities only allowed testing to proceed on October 23. In another episode, the newspaper O Globo reported on October 21 that a volunteer taking part in tests of the British vaccine in Brazil had died. According to the article, however, he was part of the control group that received a placebo and not the vaccine. The trial was not suspended.

Phase 3 clinical trials were also temporarily suspended for the vaccine candidate being developed by a subsidiary of Johnson & Johnson. The study was officially paused in the USA on October 12. The reason for the stoppage was similar to the AstraZeneca vaccine situation: a participant suffered a stroke, the cause of which had to be investigated. Whether the individual was in the control group or received the vaccine was not disclosed.  On October 23, the Washington Post reported that the company had been given the green light by the US Food and Drug Administration (FDA) to resume testing.

In addition to these two vaccine candidates, testing of an experimental COVID-19 treatment conducted by the US National Institutes of Health (NIH) was also suspended due to possible adverse effects. The treatment makes use of a monoclonal antibody developed by American pharmaceutical company Eli Lilly using the white blood cells of one of the first patients to recover from SARS-CoV-2 infection in the USA. The therapy, similar to that administered to President Donald Trump when he was hospitalized with the novel coronavirus, was paused on October 13 with little explanation.

According to the company, there was a significant discrepancy between the clinical condition of participants who received the placebo and those given the monoclonal antibody, who also received remdesivir, another experimental drug. As a result, the study was suspended so that its protocols could be reevaluated Although Eli Lilly is seeking emergency approval for its treatment, the NIH-funded trial has not yet been resumed. 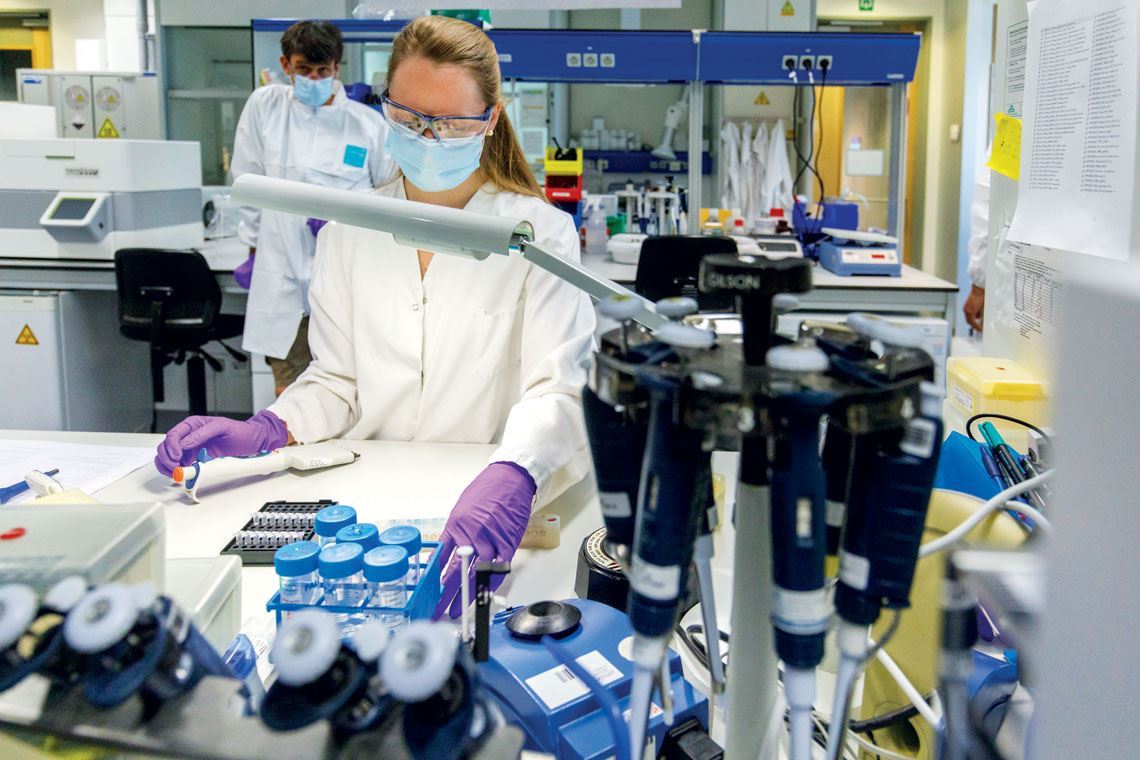 Technicians work at the Janssen laboratory in Belgium, which is developing one of the COVID-19 vaccine candidates whose trial was briefly suspendedOlivier Matthys / Getty Images

Due to the severity of the pandemic, vaccine and drug tests are being conducted at an unprecedented rate and subject to extensive media coverage. “Excitement and anxiety can cause confusion among the lay public,” says Paulo Lotufo, director of USP’s Center for Clinical and Epidemiological Research. “Usually, very few people follow clinical trials because they involve diseases that rarely affect them,” says Lotufo.

Since vaccines are designed for healthy people, extra caution is taken when testing them. Lotufo gives a hypothetical example to reinforce the importance of testing vaccine candidates rigorously. “Imagine a lung cancer drug with very good results. It increases patient survival by two years, but also increases the incidence of diabetes in 50% of cases. In this context, the potential new health issue is not important. Some cancer patients are already diabetic and it is a disease that we know how to control,” says the epidemiologist. “But what if we are faced with a vaccine that is highly effective, but increases the risk of diabetes in healthy people?”

The numbers show that vaccines are more likely to fail in clinical trials than succeed. A study published by the National Bureau of Economic Research (NBER) in May, based on work by researchers at the Massachusetts Institute of Technology (MIT), showed that the approval rate for new vaccines in the USA between January 2000 and January 2020 was 39.6%. The researchers analyzed 1,838 industry-sponsored clinical trials and found that most were at some point abandoned.

Another report published by the FDA in 2017 shows how even completing a drug development process does not necessarily mean it will be approved. The study examined 22 failed treatments from recent years. Five were vaccines—all of which ultimately failed in phase 3, most due to a lack of efficacy.

They were all developed for different purposes: to treat genital herpes; to maintain insulin production in patients with type 1 diabetes; to treat lung cancer patients who had recently undergone surgery; to help smokers quit; and to prevent infection by Staphylococcus aureus, bacteria that can cause pneumonia and infection of the heart.

In the case of the coronavirus, since the vaccines will be given to such a large proportion of the global population, the number of people participating in phase 3 trials needs to be even greater. There is therefore a higher risk of problems occurring. The high number of vaccines undergoing advanced tests, however, increases the chance that one or more of them will be successful. Of the 44 coronavirus vaccines currently being tested in humans, 10 are in phase 3. “We must strive to create a safe and effective vaccine as quickly as safety procedures allow,” says Granato.