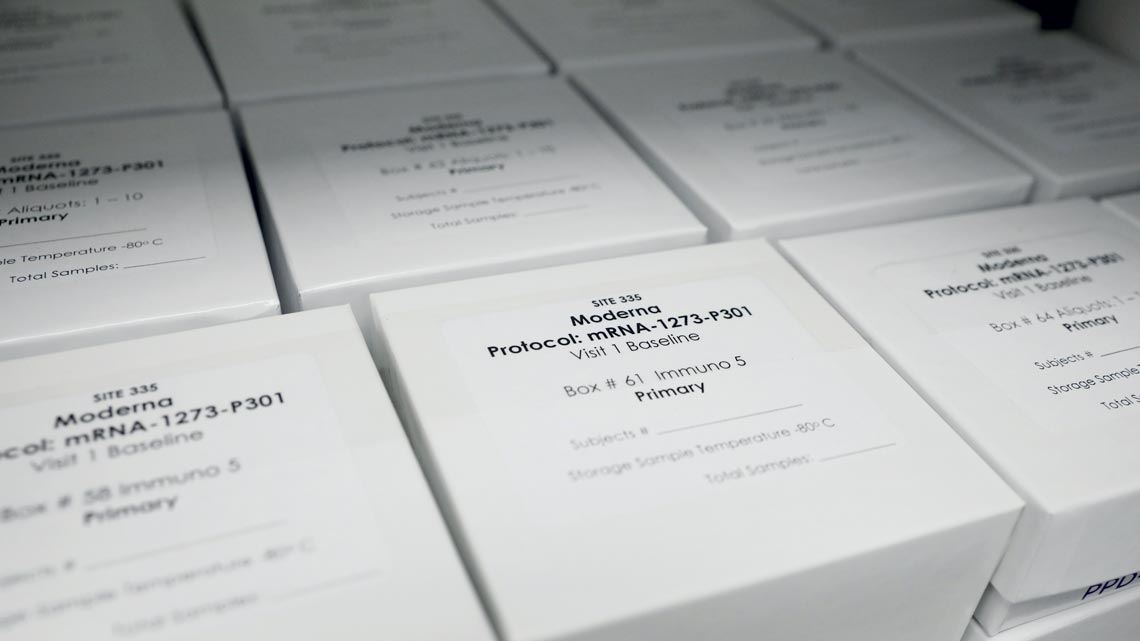 There was encouraging news in November, almost a year after the pandemic began and amid the early stages of a second wave of COVID-19 cases in Europe, the USA, and possibly Brazil. In the space of two weeks, results were announced by four of the 11 pharmaceutical companies and research institutions in the final phase of testing vaccine candidates on humans. All formulations offered some level of protection against the disease, ranging from 62% to 95% depending on the dose, exceeding the 50% deemed necessary by the World Health Organization (WHO) and the regulatory agencies of many countries for a vaccine to be capable of containing the spread of a virus that has killed almost 1.5 million people worldwide.

The possibility of a widely available vaccine was followed by expressions of optimism by many, while noting that there are still lots of questions that can only be answered with time and further research. For now, it is unclear how long the immunity provided by these compounds lasts and whether they prevent people from being infected by the virus or just prevent them from getting sick, which is an important distinction. There is also no evidence that they work on children and pregnant women, two groups that have not been included in the efficacy tests, and there are no definitive results from the elderly and people with preexisting conditions. There is also a lack of detail regarding the scale of production and distribution to different countries. The two most promising candidates, made by Pfizer and Moderna, are gene vaccines based on a new technology that has never been used in humans on a large scale. The former also requires particular storage and distribution conditions that are difficult to organize quickly, even in developed nations.

“The efficacy figure presented for these compounds are highly promising, but we cannot say much more than that,” says immunologist Jorge Kalil of the School of Medicine (FM) at the University of São Paulo (USP), who is part of two international specialist committees responsible for the preliminary analysis of vaccine candidates. “The data are still very general and the details will only be known when the results are published in the form of a scientific article,” he continues.

Cristiana Toscano, an epidemiologist at the Federal University of Goiás (UFG) and a member of the WHO’s Working Group on COVID-19 Vaccines, which is tasked with advising on immunization strategies and policies relating to the virus, has a more positive outlook. “Although they are only preliminary results, they are very encouraging and suggest that the vaccines will protect against disease and infection,” she says.

On November 20, American pharmaceutical company Pfizer, one of the largest in the world, took a step ahead of its competitors and submitted a request to the US Food and Drug Administration (FDA) for emergency use of its formulation, developed in partnership with German biotechnology company BioNTech. “This is a historic day for science,” said Albert Boula, Pfizer’s CEO. “It took just 248 days to get from the day we announced our plans to collaborate with BioNTech to our FDA submission date.”

In the next three weeks, a group of physicians, statisticians, and epidemiologists will examine thousands of pages with information on the 43,000 volunteers who participated in phase 3 clinical trials of compound BNT162b2, the last stage of testing before a product can be registered and licensed for use. The agency will also review the vaccine production plans by December 10. 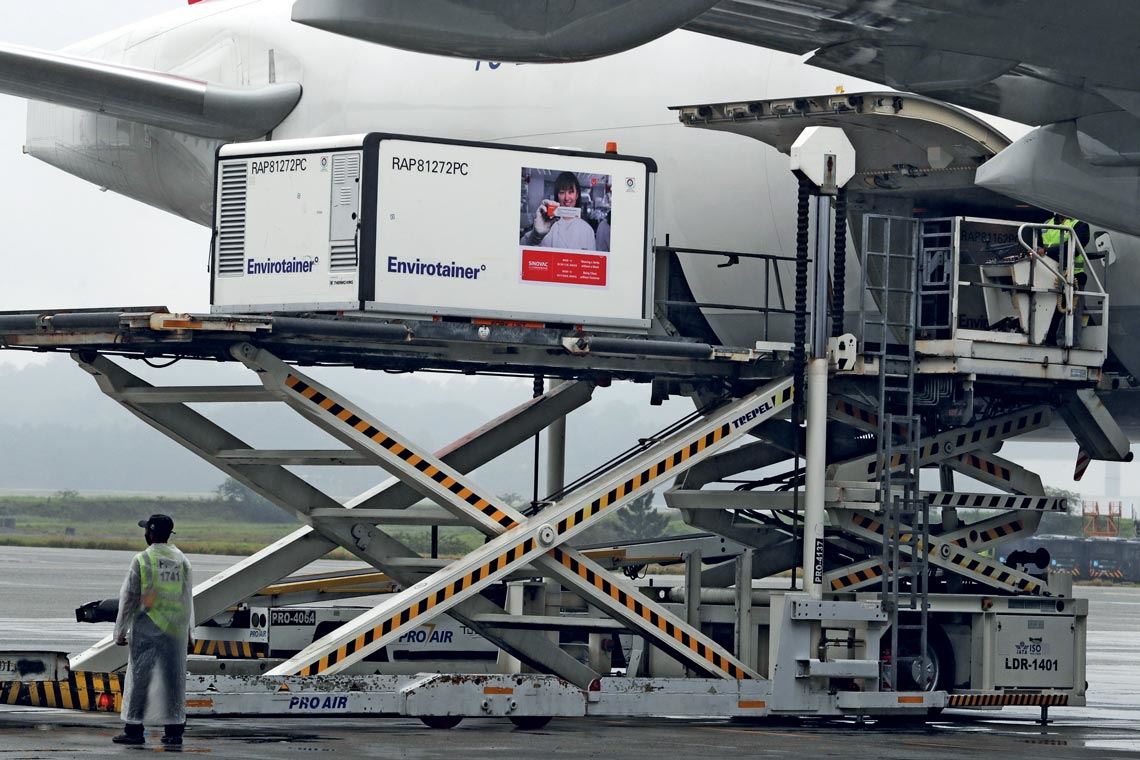 If all goes well, BNT162b2 could become the first of 212 coronavirus vaccine candidates to pass all human trial phases and be authorized for use by the public. In August, in a move questioned by many experts, Russia’s regulatory agency approved the use of Sputnik V, a vaccine created by the Gamaleya Research Institute of Epidemiology and Microbiology and the Russian Direct Investment Fund (RDIF), before all of the human trial phases needed to confirm its efficacy had been completed—the first phase 3 results were only released on November 24, suggesting it is up to 95% effective.

The Pfizer-BioNTech vaccine could also become the first gene vaccine authorized for humans. Compound BNT162b2 contains a synthetic stretch of the virus’s messenger RNA molecule, which includes the chemical information needed to create the spike protein used by SARS-CoV-2 to enter cells. Encapsulated in fat particles that bind with human cells, the RNA induces production of the viral protein (see Pesquisa FAPESP issue no. 293). This protein is then presented to the immune system, which recognizes it as foreign and begins producing antibodies. The same strategy was adopted by Moderna, a small American pharmaceutical company that completed clinical trials in late November and plans to submit an FDA request for emergency use of vaccine mRNA-1273, developed together with the US National Institutes of Health.

The encouraging news began to emerge in the middle of the month, when Pfizer, Moderna, and Gamaleya all released preliminary results of their phase 3 trials. The trial protocols state that safety and data monitoring committees composed of independent experts will examine confidential study data, perform a partial safety and efficacy assessment, and pass on their general conclusions to the product developers—the full details remain under wraps until the end of the trials. Although they are not definitive, these partial analyses help determine whether the results are sufficient to request preliminary registration or authorization for emergency use before a trial ends, which is expected to last at least 12 months for the vaccines in question. “They are usually reserved for exceptional circumstances when the potential benefits justify early registration of a vaccine for emergency use,” explains Toscano, from UFG.

In preliminary analyses of the coronavirus vaccine candidates, expert committees were given access to the data as soon as a predefined number of COVID-19 cases among volunteers was reached. The exact figure is established by statistical calculations before the trials begin and represents the minimum number of events that need to have occurred to accurately estimate whether the formulation reduced the risk of the disease among recipients compared to the control group, which received a placebo (innocuous compound) or a vaccine against another disease . For the Pfizer-BioNTech compound, it was 170 cases of the disease, but estimates were announced after 20 events.

The first promising statement came on Monday, November 9, when Pfizer and BioNTech announced that the compound had prevented over 90% of recipients from developing COVID-19. Four other candidates made statements soon after. On November 11, the Gamaleya Center and the RDIF reported that Sputnik V protected more than 92% of recipients from the disease, based on the preliminary analysis of just 20 cases of COVID-19. The formulation introduces the SARS-CoV-2 spike gene into human cells using a modified cold virus (adenovirus) that does not replicate.

Five days later, Moderna announced that its mRNA-1273 formulation prevented 94.5% of volunteers from developing COVID-19 and that the data suggested that it would also protect the elderly, who are most likely to suffer severe symptoms and most at risk of death. Two days later, on November 18, to the surprise of many, Pfizer reported that it had completed its phase 3 trials with better results than expected: BNT162b2 protected 95% of people from COVID-19, and 94% of those aged over 65. 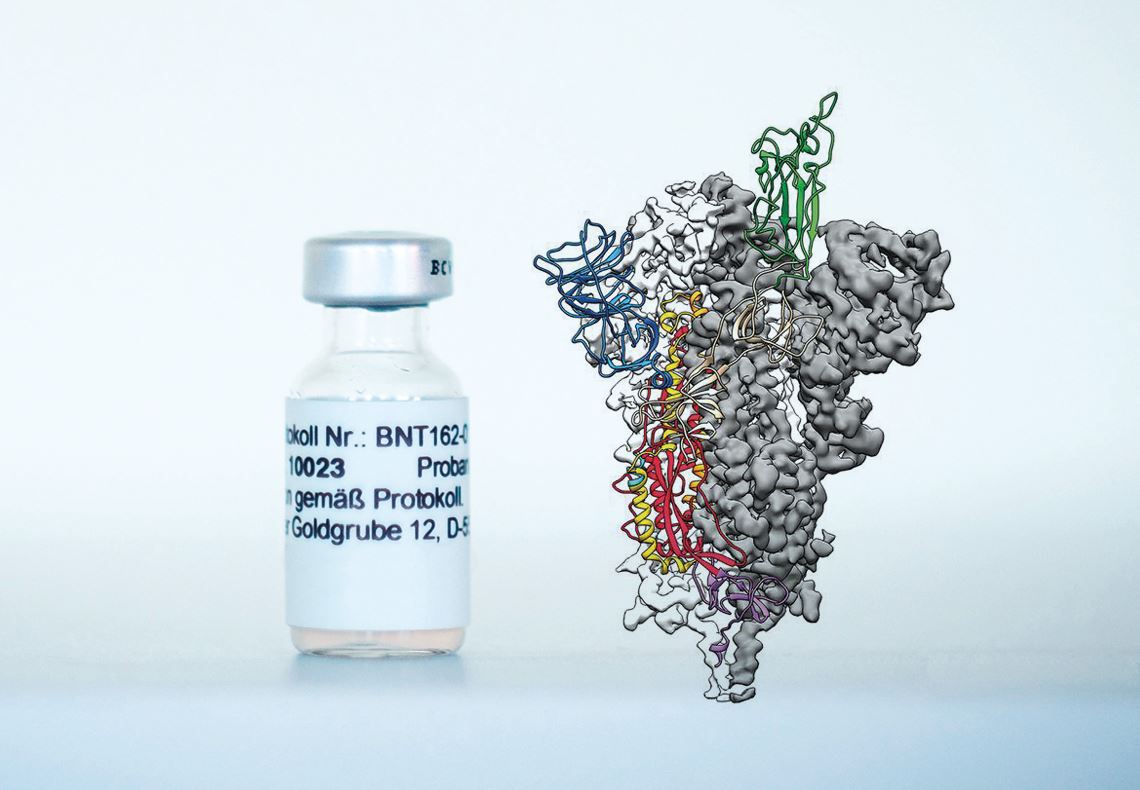 Compound BNT162b2, a vaccine candidate produced by Pfizer and BioNTech, and an image of the coronavirus spike protein against which antibodies are producedBiontech and Wrapp, D. et al. Science. 2020

Before the month ended, representatives from Swedish/British pharmaceutical company AstraZeneca and the University of Oxford, UK, announced on November 23 that their vaccine candidate AZD1222, which uses a viral vector (innocuous virus) to transport the virus spike gene to human cells, prevented 62% of participants who received two full doses from becoming ill, and protected 90% of people treated with a different regimen (half the initial dose followed by a full dose one month later). The latter approach, it was subsequently learned, was obtained only for a certain subgroup of participants, all of whom were under the age of 55. After criticism of the way the data was collected and presented, AstraZeneca’s CEO, Pascal Soriot, declared that a new clinical trial would be carried out to evaluate the two dosing regimens. On the same day, the São Paulo state government and the Butantan Institute announced that the phase 3 clinical trial of CoronaVac, developed in partnership with Chinese pharmaceutical company Sinovac, had ended, with results due to be released in December.

“We have to look at the efficacy data for these formulations with caution,” warns infectious disease specialist Julio Croda, from the Federal University of Mato Grosso do Sul (UFMS) and the Oswaldo Cruz Foundation (FIOCRUZ). Croda affirms that an efficiency of 90% or 95% is high, but it remains to be seen how long the immunity lasts. “For now, the results tell us that immunity is maintained for at least a few months, which makes a difference in a public health emergency like we’re currently experiencing. Continuing the trials is the only way to get more information,” he says.

It is also not yet known how these compounds will affect the elderly, who have a weaker immune response; people with pre-existing conditions, who are more vulnerable to the virus; or children. The Oxford/AstraZeneca consortium plans to start evaluating its vaccine in children soon, but they are not likely to be included among those who will initially receive any approved people from being infected by the virus or if they just prevent them, once infected, from developing COVID-19. This is a subtle difference, but it has a significant impact on public health. A vaccine that prevents illness protects the recipient. One that prevents contagion also benefits those who do are not given it, by interrupting transmission. “In the first instance, the recipient may not get sick, but can still be an asymptomatic carrier and transmit the virus,” explains epidemiologist Fredi Diaz Quijano, from USP’s School of Public Health. “Only by blocking transmission is it possible to achieve herd immunity,” he concludes.

While seeking answers to these questions, pharmaceutical companies are preparing for the challenge of supplying a high number of doses as soon as approval is granted. Pfizer estimates it will produce 50 million doses this year and 1.3 billion in 2021, while Moderna has the capacity to produce 20 million now and 500 million to 1 billion next year—both vaccines are administered in two doses and would thus immunize half of those numbers. Even if production capacity increases, however, not everyone will be vaccinated at first. “Immunization should be staggered,” warns Cristiana Toscano, from UFG. The most likely scenario is that WHO guidelines will be followed, with the first vaccines going to those most exposed to the virus (health care and emergency service workers), the elderly, and people with preexisting conditions.

“Brazil has a good immunization program, but the addition of a new vaccine always creates logistical challenges,” notes epidemiologist Carla Domingues, who directed the Brazilian National Immunization Program, one of the largest in the world, from 2011 to 2019. The Pfizer-BioNTech vaccine in particular faces a greater obstacle: it has to be transported and stored at very low temperatures (-70 degrees Celsius), making it difficult to administer outside major cities. According to Domingues, the national drug safety system will also need to be refined to monitor any serious adverse events and check for causal links to the vaccine.

Even when an effective vaccine is available to everyone, it will not be possible to immediately abandon social distancing, masks, and handwashing. The vaccines should initially be administered in two doses and will only provide community protection if most people take them. It also takes a number of weeks to develop an immune against the virus, as well as the time it takes to vaccinate the entire population. It will be some time before life returns to normal.