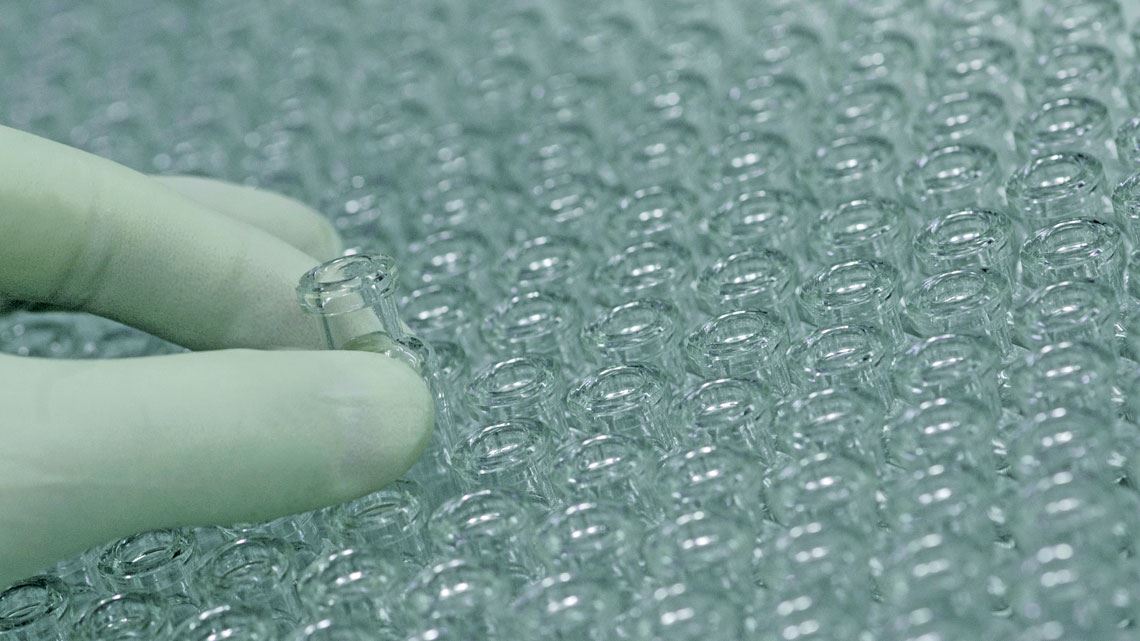 In half a year, the COVID-19 pandemic has infected 10 million people worldwide, killing half a million, according to official figures, which are almost always an underestimate. With no medically proven treatment for the most severe cases of the disease, which result in admission to Intensive Care Units (ICUs) and the use of artificial ventilators to help patients breathe, personal hygiene measures and social distancing remain the only ways of stopping or slowing the spread of the SARS-CoV-2 virus, despite the enormous economic cost. A safe and effective vaccine against the novel coronavirus—a pathogen unknown to humankind until the end of December last year, when the first cases of the disease were recorded in China—would change the situation and allow daily life to resume more safely.

The good news is that international medical researchers, including Brazilians, have developed almost 150 COVID-19 vaccine candidates in record time, using eight different platforms and techniques (see sidebar). By June 29, according to a survey by the World Health Organization (WHO), 17 had already begun the final and most difficult stage to overcome before approval by regulatory bodies: the so-called clinical trials, divided into three phases of increasing complexity and stringency.

In this final stage, the potential vaccines are administered to a progressively larger number of people to find out whether they confer immunity against the disease and to identify any side effects they may cause, as well as to help refine the ideal dose for large-scale use. Scientists hope to have at least one vaccine tested and approved for commercial use by mid-2021. “I hope at least one of the more advanced candidates will work,” says vaccinology specialist Luciana Cezar de Cerqueira Leite, from the Butantan Institute in São Paulo. “Vaccines are complicated and difficult to produce. Sometimes, multiple strategies are tested and none of them work.”

The development locations of the vaccines currently undergoing clinical trials reflects the growing stature of China, the original epicenter of the pandemic, on the international research scene. Of these 17 vaccine candidates, eight are from the Asian country (one in collaboration with other countries) and three are from the USA. There are also two from the UK, two from Germany (one through international partnerships), one from Russia, and one from South Korea. In the state of São Paulo, there are six projects attempting to develop a vaccine against the disease, not to mention those being researched in other states around the country.

As the country with the second-highest number of confirmed COVID-19 cases (1.4 million) and deaths (60,000), behind only the USA, Brazil has become a testing ground for potential vaccines. Two vaccines, one developed by the University of Oxford, UK, in partnership with pharmaceutical company AstraZeneca, and the other from Chinese company Sinovac Biotech, are starting clinical trials in Brazil. If they are able to provide a satisfactory level of protection against COVID-19, they will first be imported and later produced in the country thanks to technology transfer agreements with two of the country’s biggest vaccine manufacturers. The Immunobiological Technology Institute (Biomanguinhos) in Rio de Janeiro joined the British project, and the Butantan Institute in São Paulo has partnered with the Chinese initiative (see report).

Creating a successful vaccine against a previously unknown pathogen like SARS-CoV-2 in just a year and a half, which is the target being pursued by the more advanced initiatives, would be an unprecedented feat. “The virus does not seem to undergo a high number of mutations like the influenza [flu] virus does,” says veterinarian Marcos da Silva Freire, scientific advisor to the Biomanguinhos board. “But it will not be easy to test a vaccine and get it approved by mid-2021.” To date, the fastest-developed vaccine in history is the mumps vaccine, created using a live, attenuated version of the virus. It took just four years to complete and production began in 1967. Vaccines are rarely developed in less than a decade. The chickenpox vaccine took roughly 30 years of work, about the same amount of time as the influenza vaccine. There is still no commercially approved vaccine for HIV, the virus that causes AIDS, which was discovered in 1983, although treatment of the disease has evolved significantly over the last 40 years.

But what is a vaccine made of? In broad terms, it is a formulation containing three or more main components, the most important of which is the antigen, which is what makes it target a certain pathogen. It is the part of the infectious agent that the infected organism recognizes, triggering an immune response and stimulating the production of antibodies and defense cells specific to the disease. The antigen used in most of the COVID-19 vaccine candidates is the SARS-CoV-2 spike protein, which helps the virus penetrate human cells. Some use just part of the protein, and some even use its genes. Another fundamental component of vaccines are adjuvants: substances that increase the intensity or duration of the immune response to the antigen. Formulations that use weakened live viruses usually elicit a strong enough reaction from the body’s immune system without adjuvants, but in other types, they are often necessary. Small amounts of stabilizers or preservatives may also be added to prevent contamination and to extend the shelf life of the vaccine.

More than two centuries of accumulated knowledge on vaccines is being used in the endeavor to find one that works against the novel coronavirus. Vaccines “teach” the immune system to defend itself against future aggressive agents (mainly viruses and bacteria) without, however, actually preventing the disease. There are SARS-CoV-2 formulations based on inactivated (dead) or attenuated (live) copies of the virus, two strategies that despite being old and laborious, have yielded the majority of human vaccines in commercial use. Others use newer approaches (viral vectors, virus-like particles, and protein subunits) to introduce the novel coronavirus antigen or its gene, which controls the manufacturing of the protein. There are existing vaccines that use these techniques, such as the papillomavirus (HPV), hepatitis B, bacterial meningitis, and bacterial pneumonia vaccines.

Finally, the most advanced methods are known as gene vaccines, which would be easier to produce on a large scale, but have not yet been successfully used as the basis for any SARS-CoV-2 vaccine candidate. They do not contain any material of viral origin, only the chemical recipe needed to produce the desired antigen—in this case, the spike protein. The instructions for making the protein are introduced to the vaccine recipient through a formulation containing its genome sequence, in the form of DNA or RNA. “It would be fantastic if we could produce a gene vaccine for COVID-19,” says Silva Freire. “Manufacturing this type of vaccine does not require level 3 safety facilities, like the more traditional types.”

The vast majority of COVID-19 vaccine studies use just one of these approaches, but there are exceptions. Cerqueira Leite’s team at the Butantan Institute is working on a formulation yet to be tested in the laboratory (preclinical phase) that combines two different techniques: protein subunits are coupled with nanoparticles that serve as potent adjuvants. “We have been using a similar strategy for years in our development of a schistosomiasis vaccine,” notes the researcher.

In an ideal world, vaccines would provide 100% protection against a disease—every single person immunized would be resistant to the infectious agent in question. In practice, however, no commercial formulation achieves this level of effectiveness. “Vaccines that offer safe immunity to 85% or 90% of people are considered excellent,” explains physician and infectious disease specialist Júlio Croda, from the Federal University of Mato Grosso do Sul (UFMS) and a member of the São Paulo State Coronavirus Contingency Committee.

Even if the first vaccines against COVID-19 provide more modest outcomes, such as protection for at least 65%, they will be very welcome. “This first batch will be for emergency use. The situation we are in is like changing the tires of a Formula 1 car in motion,” says Silva Freire. “At this point, the most important thing is that vaccines are safe. Their effectiveness can be improved over time.” The pandemic has been so severe that researchers have even tested vaccines against other diseases, such as polio and tuberculosis (BCG), to see if they provide any protection against SARS-CoV-2. Croda is part of an international team that is testing the BCG on 2,000 healthcare workers. “If it provided protection against COVID-19 even in half of the people tested, that would be enough to be useful against this pandemic,” says the researcher.

There are currently vaccines for about 30 pathogens that cause diseases in humans. The WHO estimates that the lives of 2–3 million people worldwide are saved every year thanks to immunization against preventable diseases. According to the most recent issue of its Global vaccine market report, 3.5 billion vaccine doses were administered in 2018 (this figure does not include the seasonal flu vaccine, oral immunization against polio, or vaccines for the military and travel market).

The speed at which vaccine studies have advanced is a direct response to the global emergency the COVID-19 pandemic has caused. Typically, the three clinical trial phases occur sequentially. Only candidates that were approved in phase 1 move onto phase 2, and only those that pass phase 2 trials reach phase 3. But due to the severity of the disease, some COVID-19 projects conducted the first two phases in parallel, almost simultaneously. “But there is no way to speed up phase 3 trials any further,” says Croda. “You have to test the vaccine for six months to a year to see if the results are consistent.”

In terms of production, it will also be a challenge to manufacture COVID-19 vaccines for its potential market of, in theory, more than 7 billion people. There are concerns that production will not be able to meet demand, with the poorest regions at the end of the line. “This happened during the last influenza pandemic caused by the H1N1 virus, in 2009, when less developed countries received the vaccine six months after developed nations,” notes infectious disease specialist Cristiana Toscano, from the Federal University of Goiás (UFG), the only Brazilian in the Working Group on COVID-19 Vaccines of the WHO’s Strategic Advisory Group of Experts (SAGE) on Immunization (see interview). Despite not yet knowing whether the vaccines they are developing will work and be approved, some companies, such as China’s Sinovac, are already building factories to manufacture them on a large scale.

There are many uncertainties about the COVID-19 vaccine candidates. Some of the questions about their true effectiveness can only be answered with time. How long does the immunity last? Will boosters be necessary? Are there contraindications for certain individuals?

According to Arne Akbar, the president of the British Society for Immunology, it is possible that the vaccine will not be able to prevent the disease in the elderly, the group most at risk from the disease. Even healthy older people have a less efficient immune system and suffer more inflammatory processes when fighting pathogens. The infection caused by COVID-19 is exacerbated by this inflammation. “So for older people, you might have something like an anti-inflammatory drug, like maybe dexamethasone, together with vaccine responses to give you the maximum benefit,” Akbar said in a recent interview with British newspaper The Guardian. In the coming months, the vaccines are expected to start answering some of these questions.