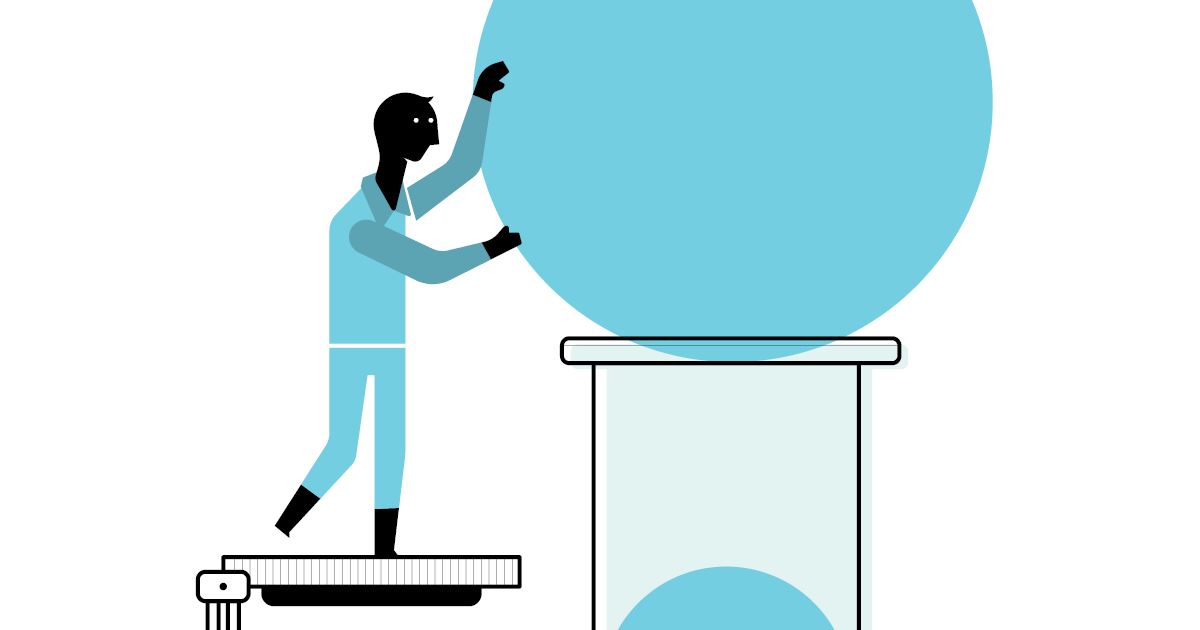 The Brazilian National Council for Scientific and Technological Development (CNPq) recently announced a list of research projects selected in a call for proposals to receive R$50 million in funding for COVID-19 research. Of this amount, R$30 million will be drawn from the National Fund for Scientific and Technological Development (FNDCT) for research into treatments, vaccines, diagnostic tests, and the pathogenesis—or biological mechanism—of the disease. The other R$20 million will be contributed by the Brazilian Ministry of Health for use in projects around prevention, containment and healthcare (see article). The overwhelming response to the call for projects shows that the scientific community in Brazil is eager to advance research about the disease, more than the government can afford. A total of 2,219 project proposals were submitted. If all were approved, these projects would involve R$1.7 billion in funding, 34 times more than available. An evaluation committee recommended approving 90 proposals, on topics ranging from the use of artificial intelligence in medical decision-making to the development of vaccines and new diagnostic tests. “Some very good projects were not recommended because they would not be completed in time to be of use in tackling the pandemic,” says crop scientist and entomologist Evaldo Vilela, chairman of CNPq.

The CNPq program—the Federal Government’s most broad-reaching initiative to fund research on the novel coronavirus—is one of several others. The Brazilian Funding Authority for Studies and Projects (FINEP), for example, is investing R$141 million on what the federal government has designated as its most strategic programs, including the production of low-cost ventilators and the development of a vaccine by a team at the Heart Institute (InCor) of the University of São Paulo (FM-USP). FAPESP, in turn, is funding 210 COVID-19 projects led by researchers in São Paulo (see article) and has also joined FINEP in launching a public call for proposals that will award R$20 million to small businesses to develop innovative processes or products.

Much of the federal funding awarded so far has been repurposed from other sources, but two executive orders (EOs), if passed through Congress, will allocate fresh funding for research on COVID-19. EOs 929 and 962 will unfreeze R$326 million in FNDCT funds for emergency public-health initiatives, and an additional R$120 million for an innovation and sustainable development program. The money for COVID-19 research comes as the Ministry of Science, Technology, and Innovation (MCTI) is struggling with its lowest budget in a decade. “Of the R$4.7 billion paid into the FNDCT fund this year, only R$600 million was spared from the freeze on its annual budget,” says Luiz Davidovich, chairman of the Brazilian Academy of Science (ABC).

He notes that the newly released funding won’t even be enough to bring the budget back up to the level it was at five years ago. “We are urging the government to, on an emergency basis, release the full amount of the fund this year, not only for research to help combat the pandemic, but also to help drive innovation in Brazil and pull the country out of the brutal recession we’re diving into,” says Davidovich. Evaldo Vilela, of CNPq, agrees that available funding isn’t enough, but notes that getting more will be difficult. “I can testify that [MCTI minister] Marcos Pontes has done his best to get more funding approved in Congress and by the government’s economic team. When the pandemic hit, Brazil’s economy was already under a harsh fiscal squeeze and the government has had to do a lot of spending on social protection,” he says. “States are also in financial distress and their research foundations are equally struggling to expand investments at this time,” he adds.

Brazil’s spending on COVID-19 research is dwarfed by that of developed countries. In May, a report by the Center for Research on Science, Technology, and Society at the Institute for Applied Economic Research (IPEA) surveyed the coronavirus research efforts launched in Brazil and in four other countries: the US, the UK, Canada, and Germany. One of the indicators it compared was the amount of “new” funding—or funding not previously in the budget—provided for research and development (R&D) on solutions for the pandemic. The amount allocated in Brazil, estimated to be US$100 million, was less than the US$970 million provided in Canada, US$1.72 billion in the UK, US$2.34 billion in Germany and US$6.1 billion in the US. Even in relative terms Brazil’s effort is far exceeded by the other countries in the survey at 1.8% of the Federal R&D budget, compared to 4.1% in the US, 6.3% in Germany, 10.8% in the UK, and 11.8% in Canada. The study found that, out of these five countries, only the US and the UK had created mechanisms to fast-track approval of R&D projects related to COVID-19. In the US, the National Institutes of Health (NIH) developed a strategic plan with four priorities: basic research to understand the disease, development of diagnostic tests, clinical trials of treatments, and vaccine development. In May, more than 30 calls for proposals had already been launched to fund research in these areas, according to IPEA.

Fernanda de Negri, an economist at IPEA who led the survey, believes Brazil should be investing much more in COVID-19 to mitigate the damage caused by the crisis. “Spending more on science to create local solutions would cost little in comparison with the huge social burden of the pandemic in the form of GDP [Gross Domestic Product] contraction and bankruptcies,” she says. She is critical of the lack of a national strategy, for example, for either developing or procuring effective vaccines against COVID-19, a key factor in bringing the pandemic to an end. “Either we follow developments in research and assess potential outcomes, or Brazil will lag other countries in immunization, exacerbating the economic and social consequences of the crisis in the country.”

Two vaccines created outside Brazil are now being tested locally, no thanks to any nationally coordinated initiative: the first, developed by the University of Oxford in the UK, is being trialed as part of a long-standing partnership with the Federal University of São Paulo (UNIFESP), and now through a belated partnership with the Federal Government, established in late June; the second, from Chinese firm Sinovac Biotech, is being tested in a partnership with the government of São Paulo. “The US is working on five different vaccines simultaneously, and has sponsored the construction of plants to produce them. Brazil has no strategy and has participated very little in the international effort,” says Negri. Germany, for example, has invested €140 million to support an international vaccine development alliance, the Coalition for Epidemic Preparedness Innovation (CEPI), that has secured investments from Australia, Belgium, Denmark, and Ethiopia. China, the country where the novel coronavirus emerged, has also invested significantly in vaccine R&D. The minister of Science & Technology, Wang Zhigang, recently announced that the country had made this a top research priority and would explore five different technology routes. “China will make its COVID-19 vaccine a global public good when it is ready for application after successful research and clinical trials,” Zhigang announced in mid-June.

“Brazil has strong expertise in vaccine development and production, and our universities and researchers could be much more active in developing a vaccine for the new coronavirus, but investment is lacking,” says Elize Massard da Fonseca, a public-health expert and researcher at Fundação Getulio Vargas, who is collaborating on an international survey of different governments’ responses to the pandemic. In February the MCTI created an advisory committee, called the Emerging Virus Network (RedeVírus), with representatives from the Brazilian Ministry of Health, the Brazilian Academy of Science, and the Brazilian Society for the Advancement of Science, to identify existing efforts for potential support. Among the initiatives recommended by the committee is the development of a new vaccine production technology at the National Institute for Science and Technology Research in Immunology, in a project led by Jorge Elias Kalil Filho, an immunologist at InCor. In another project commissioned by RedeVírus, the National Biosciences Laboratory (LNBio) in Campinas identified five drugs that showed promise in testing on cells infected with the virus. Building on this project, FINEP commissioned a clinical trial with one of these substances—the antiparasitic nitazoxanide—at the Federal University of Rio de Janeiro (UFRJ). It also sponsored trials at UFRJ and the Federal University of Minas Gerais (UFMG) with several compounds that ultimately proved ineffective against COVID-19, including chloroquine and hydroxychloroquine.

According to the IPEA report, “it appears that RedeVírus recommendations have not been heeded to create a consistent and science-based strategy for the pandemic response.” The report also notes that the National Council for Science and Technology (CCT)—an advisory body created in 1996 to assist Brazil’s President in formulating policies for scientific and technological development, with members including ministers and representatives from industry and the scientific community—was never consulted during the pandemic. Negri and her team will now compare Brazil’s COVID-19 R&D spending with that of comparably developed countries. “Brazil is certainly not the only country with disjointed strategies,” she says. Major investment in COVID-19 research has been the exception rather than the rule in most countries. A report by the Organization for Economic Cooperation and Development (OECD) on the global R&D response to the pandemic found that research spending in Brazil was higher than in other countries in Latin America.

According to the report, Argentina launched a single call for research projects addressing the novel coronavirus, involving US$5 million, but did so very early in the pandemic. The call for proposals was published in late March and around 50 projects were approved by late April, each being awarded US$100,000 over the space of one year. Colombia invested US$19.5 million in laboratory infrastructure to diagnose the disease, while Peru awarded US$1.4 million for university and industry research on tests, treatment, and epidemiological studies. Russia has also made significant investments in diagnostic testing and ventilators. A vaccine candidate created by the Gamaleya National Research Institute of Epidemiology and Microbiology, in Moscow, will soon enter its first clinical trials. Australia developed eight calls for projects, awarding US$26.5 million in funding.

The OECD report also highlights differences in each nation’s approach to the pandemic response. The government of South Africa—a country that has fared well in containing the coronavirus, with only 1,700 COVID-19 deaths as of mid-June—said it created an advisory committee of experts and a group of researchers to plan clinical trials, as well as participating in collaborations with China, the European Union, and other African nations. Mexico, which in contrast has one of the world’s highest death tolls (19,000 deaths as of June 19), told the OECD vaguely that it “consults with physicians and specialists to predict the progression of the pandemic,” and that it is “closely following the international response to the COVID-19 crisis.”