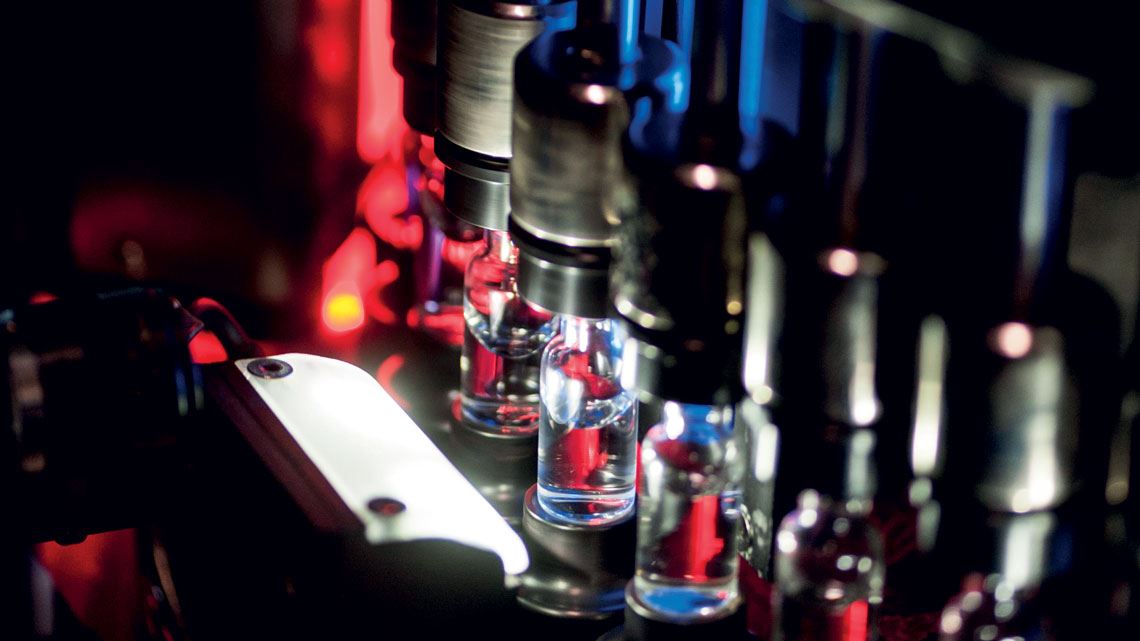 “Brazil needs to learn to stand on its own two feet and react faster, especially in cases of pandemics,” said immunologist Ricardo Gazzinelli, from the Oswaldo Cuz Foundation (FIOCRUZ) in Belo Horizonte and the Ribeirão Preto School of Medicine (FMRP) at the University of São Paulo (USP), in a debate on cable channel GloboNews on June 14. Gazzinelli is head of the Brazilian National Science and Technology Institute (INCT) for Vaccines and leads one of the country’s vaccine studies, which he began with his team in February after seeing how rapidly the pandemic was advancing. “We do not need to survive on imported technologies alone,” he says.

Gazzinelli highlights that they have already implanted a coronavirus gene in an attenuated influenza virus, which, if all goes to plan, will have a dual function after entering human cells: to induce the production of antibodies against both COVID-19 and influenza. In collaboration with colleagues from Butantan and USP’s Institute of Biomedical Sciences, he hopes to begin safety and efficacy tests on mice and rabbits in the second half of this year, using about R$3 million in funding from the Brazilian Ministry of Science, Technology, and Innovation (MCTI), R$400,000 from the Minas Gerais State Research Foundation (FAPEMIG), and R$400,000 from FAPESP.

“If the preclinical trials are successful and we can get more funding, we can start clinical assessments in early 2021,” he says. The goal is to produce a nasal vaccine that is capable of producing type A (IgA) and type G (IgG) immunoglobulins. “This is a better means of administration than intramuscular vaccines for provoking robust immunity in the nasal mucosa, the gateway used by the coronavirus,” he argues.

Immunologist Jorge Kalil, coordinator of the Immunology Laboratory at the Heart Institute (InCor) of USP’s School of Medicine and the Immunology Research Institute, also based at InCor and one of the Brazilian National Institutes for Science and Technology (INCTs) funded by the Brazilian National Council for Scientific and Technological Development (CNPq) and FAPESP, received R$4.5 million from the MCTI to work on a vaccine.

He and his team are studying which coronavirus proteins could be the best vaccine targets. “It’s hard work,” he says. According to Kalil, the gene responsible for producing the viral protein could be implanted in various types of vectors to stimulate the production of A and G immunoglobulins and a response from defense cells capable of eliminating infected cells, such as T helpers and cytotoxic T lymphocytes. Like Gazzinelli, he plans to start testing on animals later this year before moving onto clinical trials next year.

At USP’s Institute of Biomedical Sciences, a team led by biologist Luis Carlos Ferreira, also funded by FAPESP, wants to develop vaccines with nanoparticles based on how the antigens of the virus are organized.

In Rio de Janeiro, a team from Biomanguinhos used computer modeling to select a SARS-CoV-2 protein with high potential for generating antibodies, and they have already chemically synthesized it and approved it in tests against COVID-19, according to Maurício Zuma, director of the institute. He says the formulation is ready and tests can begin on animals after an “adaptation of the biosafety requirements in the area where they are to be conducted, which will take place soon.”